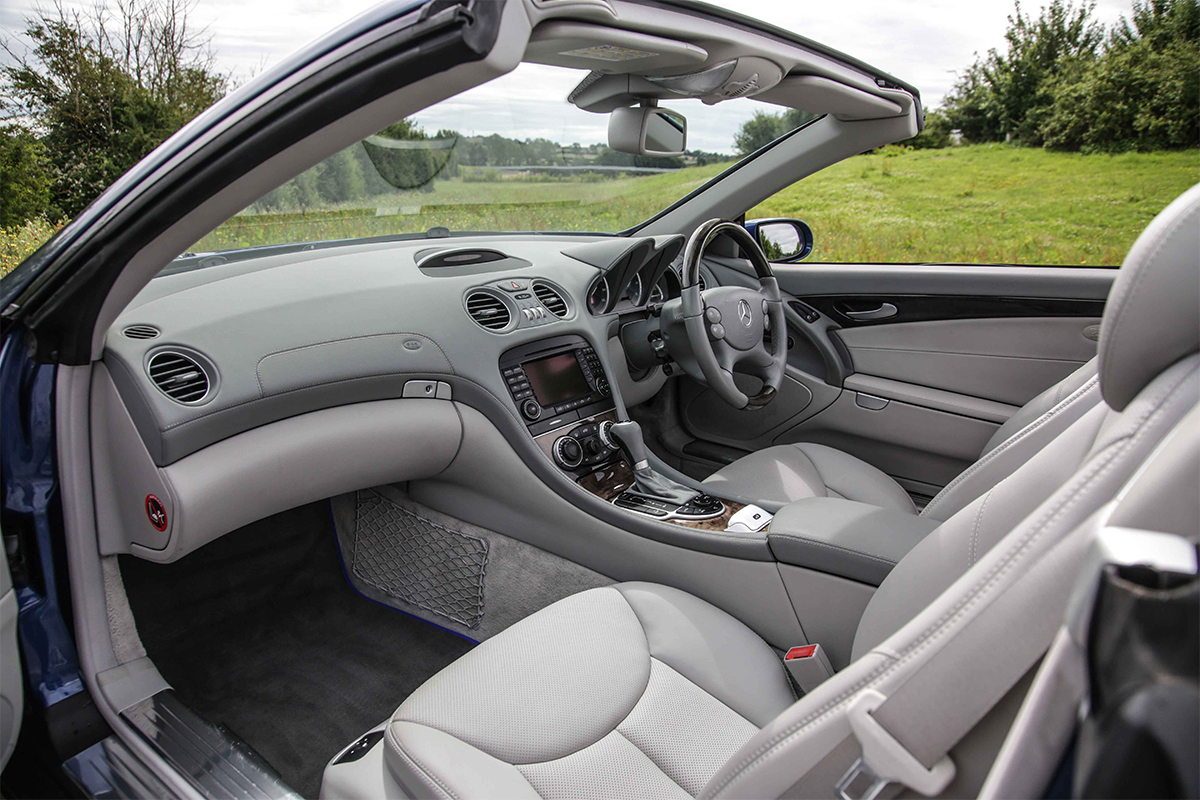 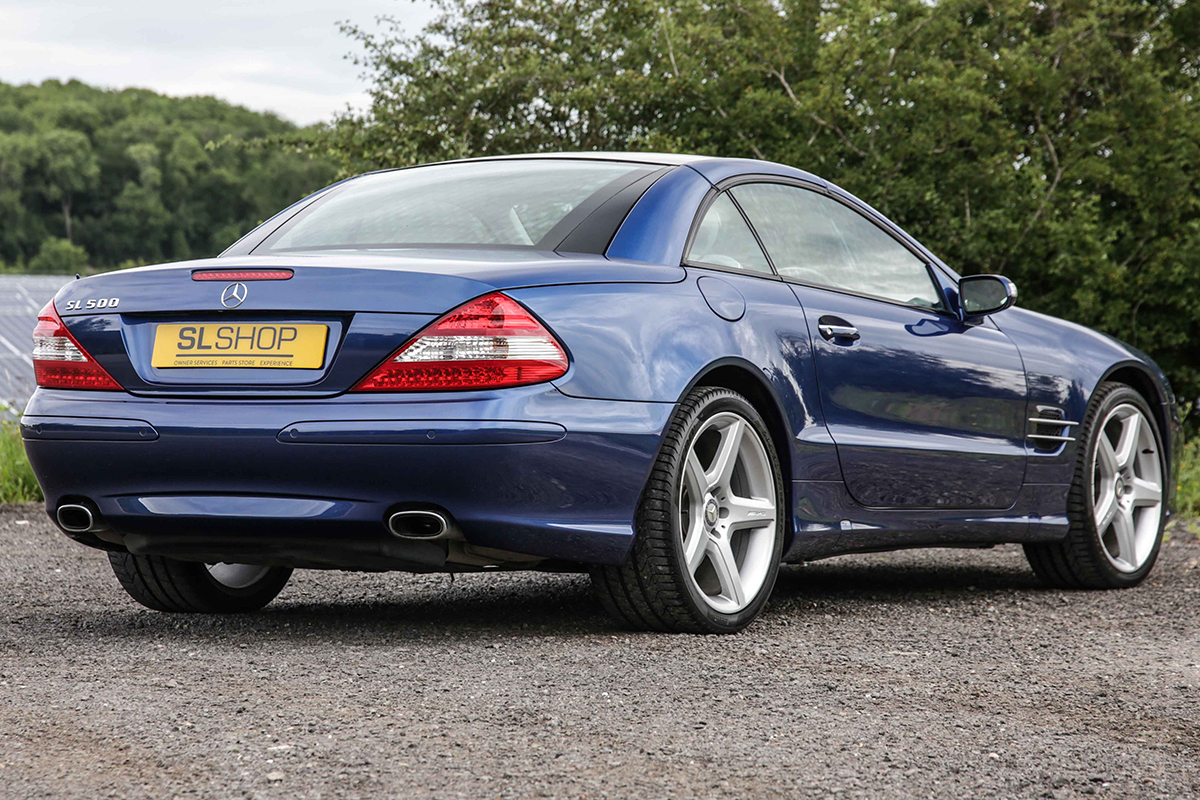 Arriving in 2001, the Mercedes-Benz R230 took the SL from the 1980s into the new world. Gone were the straight lines and angles of the R129, replaced by the curves and sweeping lines of the new Mercedes-Benz design direction.

From launch the ‘new’ SL was available a choice of V6 or V8 engines, just like the R129. The outgoing SL320 became the SL350, whilst the SL500 retained the V8 engine until 2006. For the 2006/7 model year, new engines were rolled out across the entire range, encompassing SL350, SL500, SL550, SL600 and the AMG models, being SL55 and SL65. These new engines coincided with a mild facelift, with the R230 being given a more aggressive leading edge thanks to a restyled bumper. Revised air intakes, chrome surrounds on the fog lamps, new alloy wheels some neat interior upgrades make these ‘end of line’ R230s very desirable cars.

The biggest change introduced with the 2006 facelift was the move from the 5 speed automatic gearbox to the 7G-Tronic. Combined with the all-new 5.4 litre (still naturally aspirated) engine, this gave a 0-60 time of 5.4 seconds from a rated output of 387bhp. This 5.4 litre engine was an absolute master stroke, offering spadefuls of performance whilst remaining reliable and straight forward to maintain.

The car shown here is a 2007 model, built in August of that year. Finished in Bright Blue Metallic with Grey Leather and 19 inch ‘AMG’ Double Spoke Alloy Wheels, it looks every inch the muscle car that it is. Aesthetically a late R230 offers oodles of style without unnecessary distractions, it’s a shape that’s understated yet bold. Generations that followed would introduce more angles, more aggression and less fluidity to the style, making these late R230s some of the best looking SLs of the last decade.

Mercedes-Benz SL equipment levels have always been high, and the specification list of this car is extensive. Highlights include electronically adjustable heated seats, xenon headlights, automatic climate control, command navigation, park ironic system and of course the two most sought after options in R129 and R230 SLs… A glass panoramic roof and a wooden gear knob (instead of leather).

The colour combination and mileage of this fantastic SL500 make it the ideal candidate for garage, a car that’s ready to be used and shown in equal capacity.

As a practical classic and a usable sports car, the R230 has a lot of offer. The vario folding roof takes just 16 seconds (20 for pre facelift pre 2006 models). The R230 doesn’t have rear seats like the Pagoda, R107 and R129 that went before it, instead offering just a luggage bay for storage.

An appreciating modern classic and the last of the titans, an understated naturally aspirated German muscle car fitted with the full-fate fiver point five litre V8. 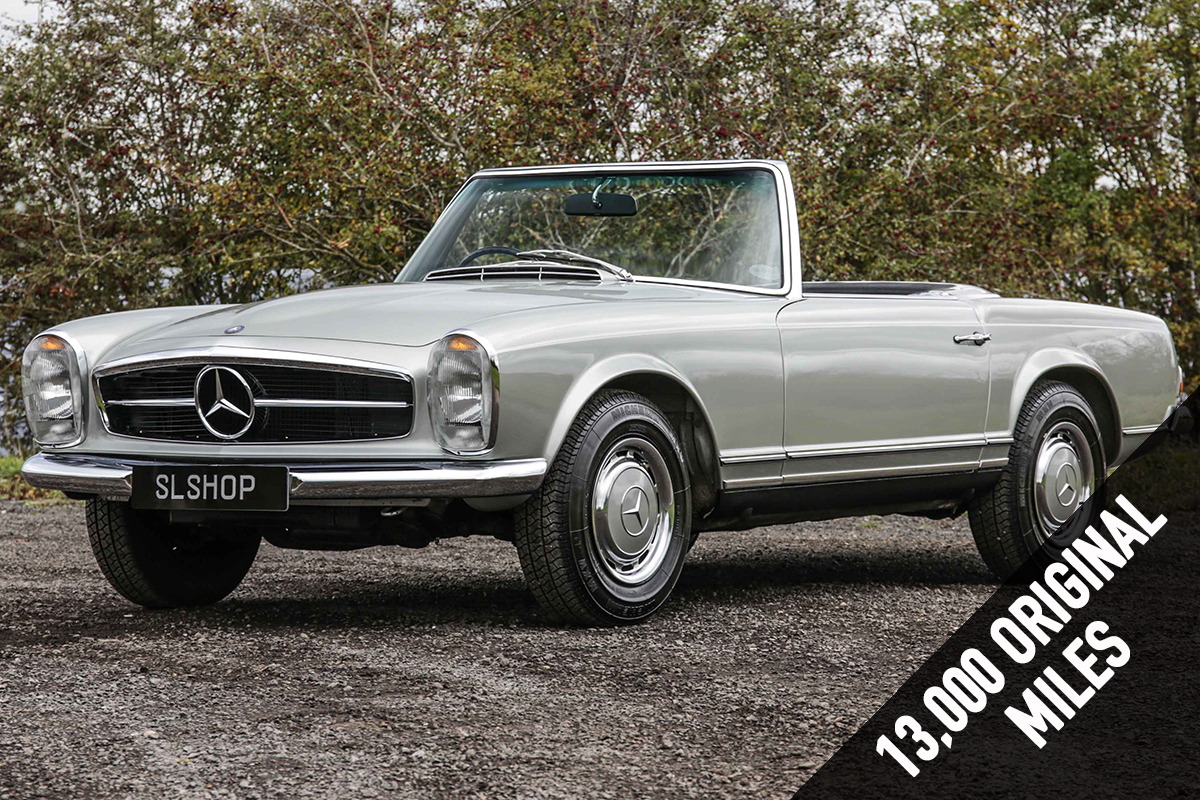 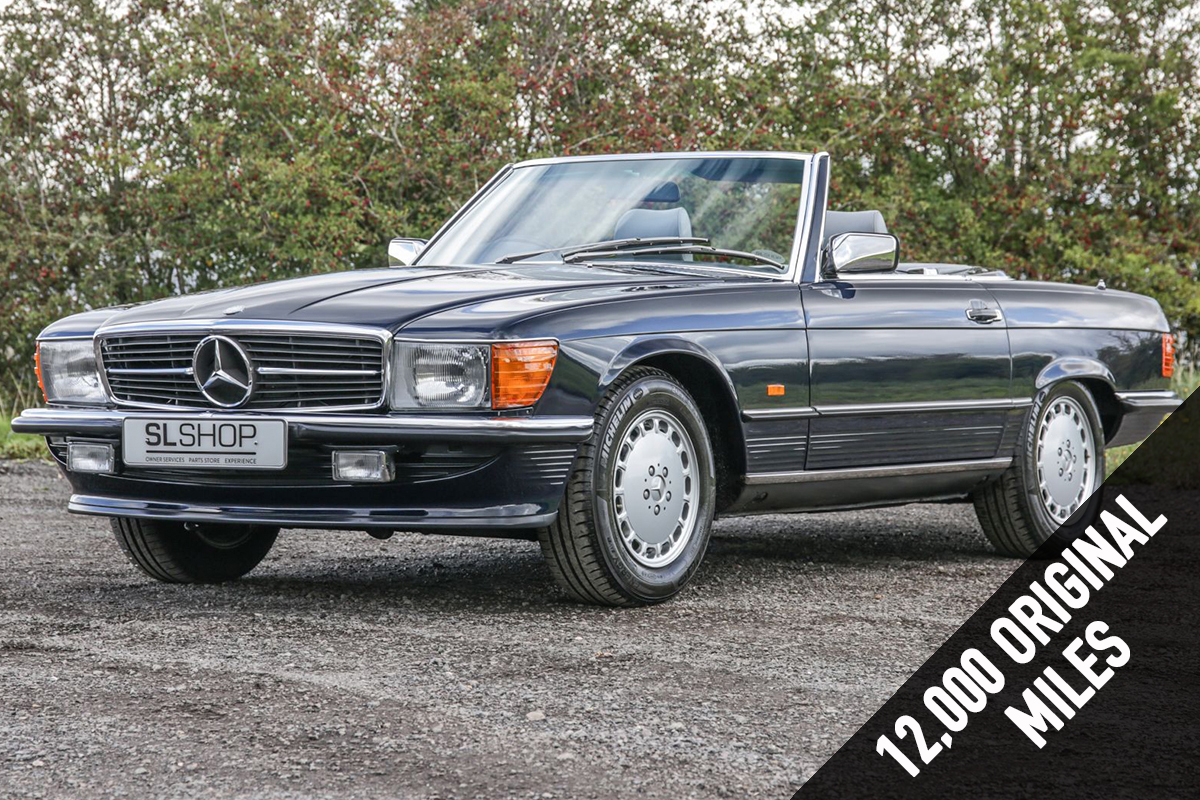