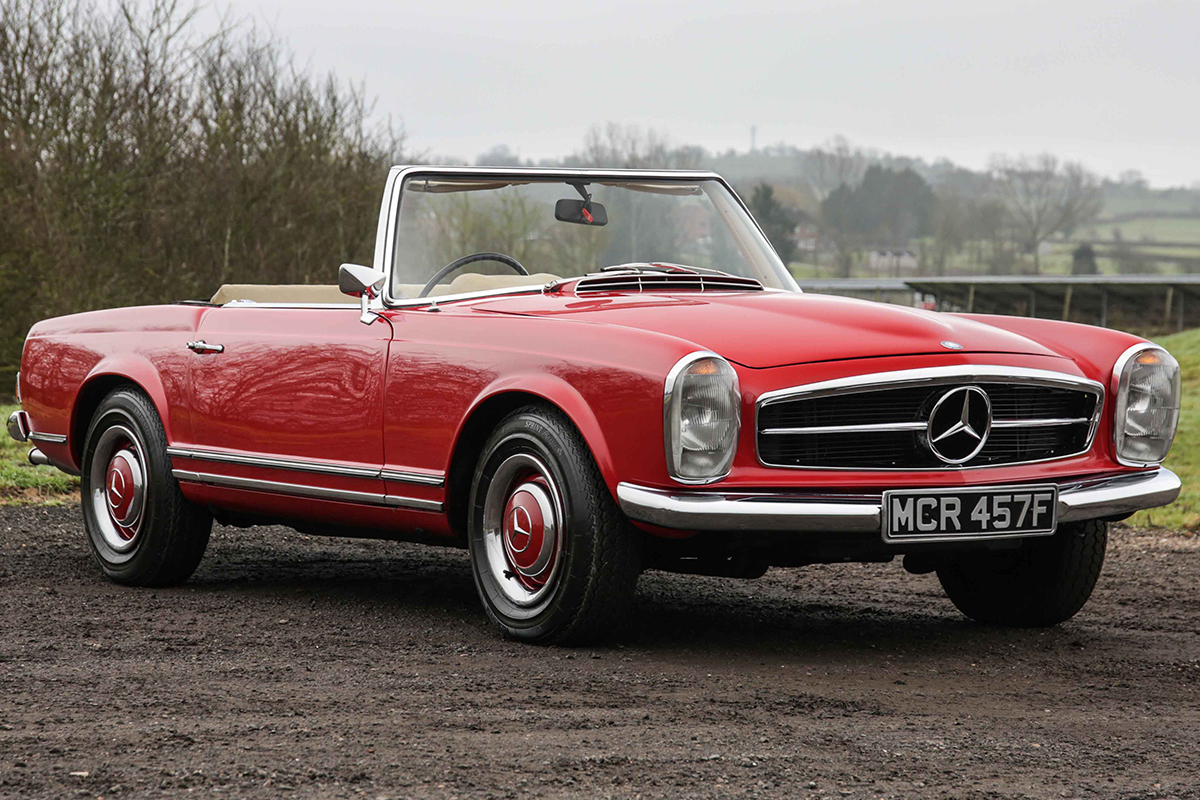 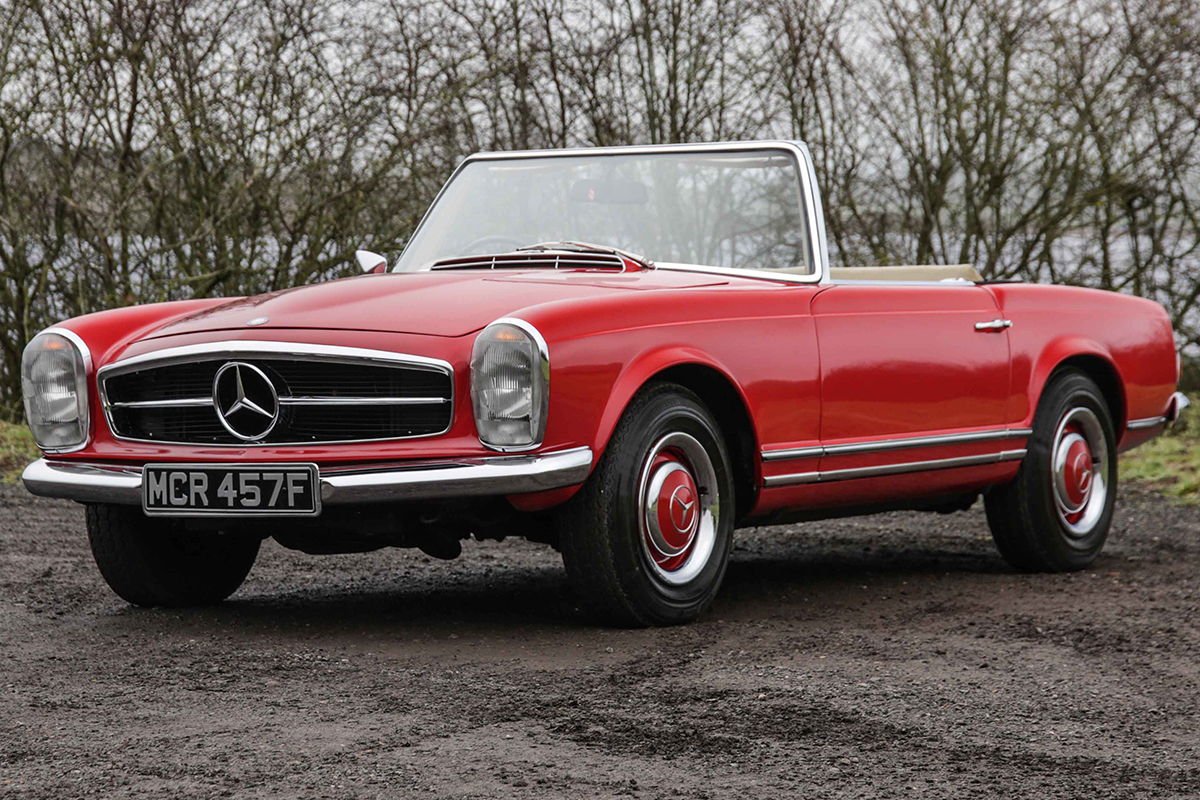 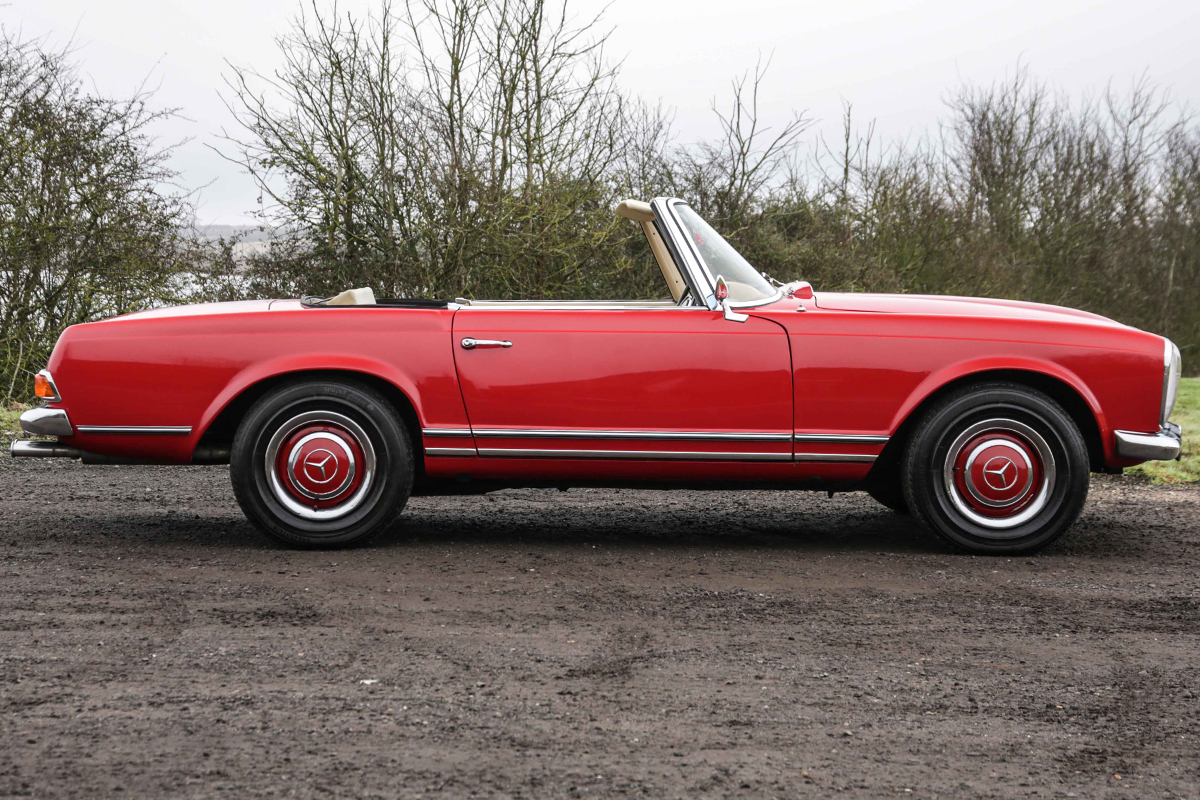 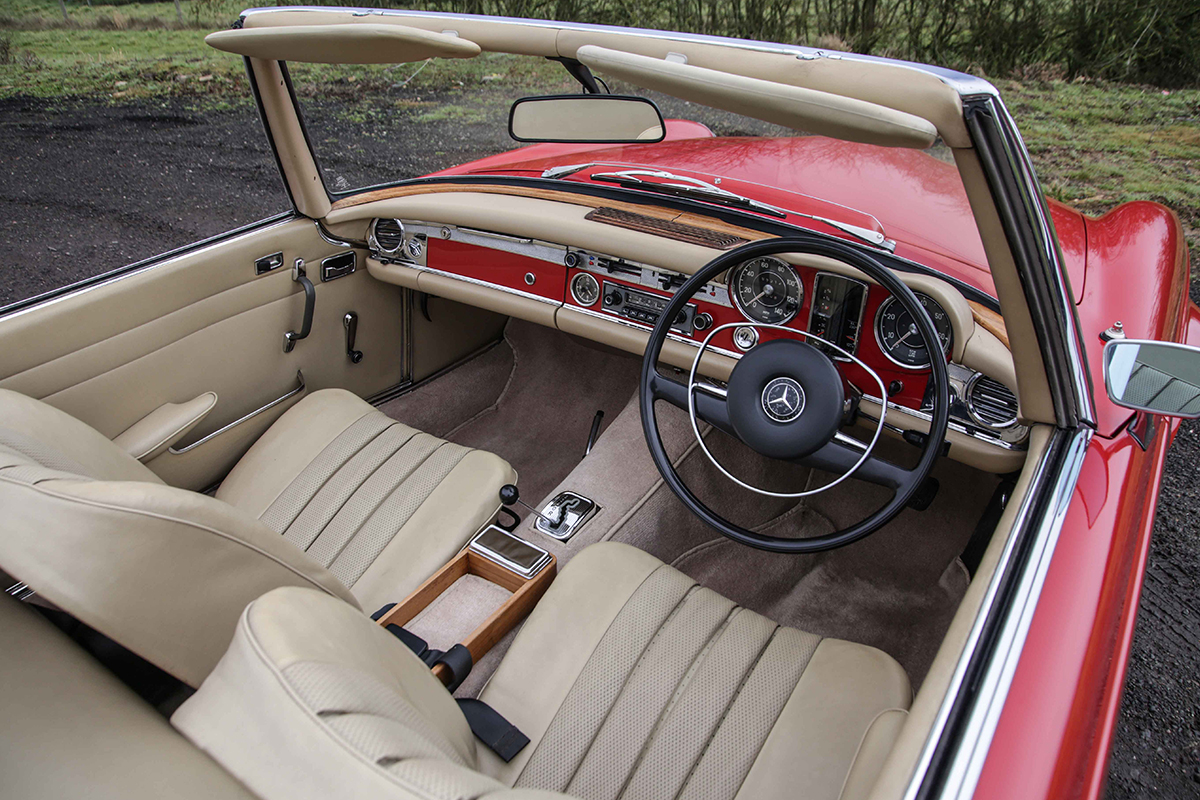 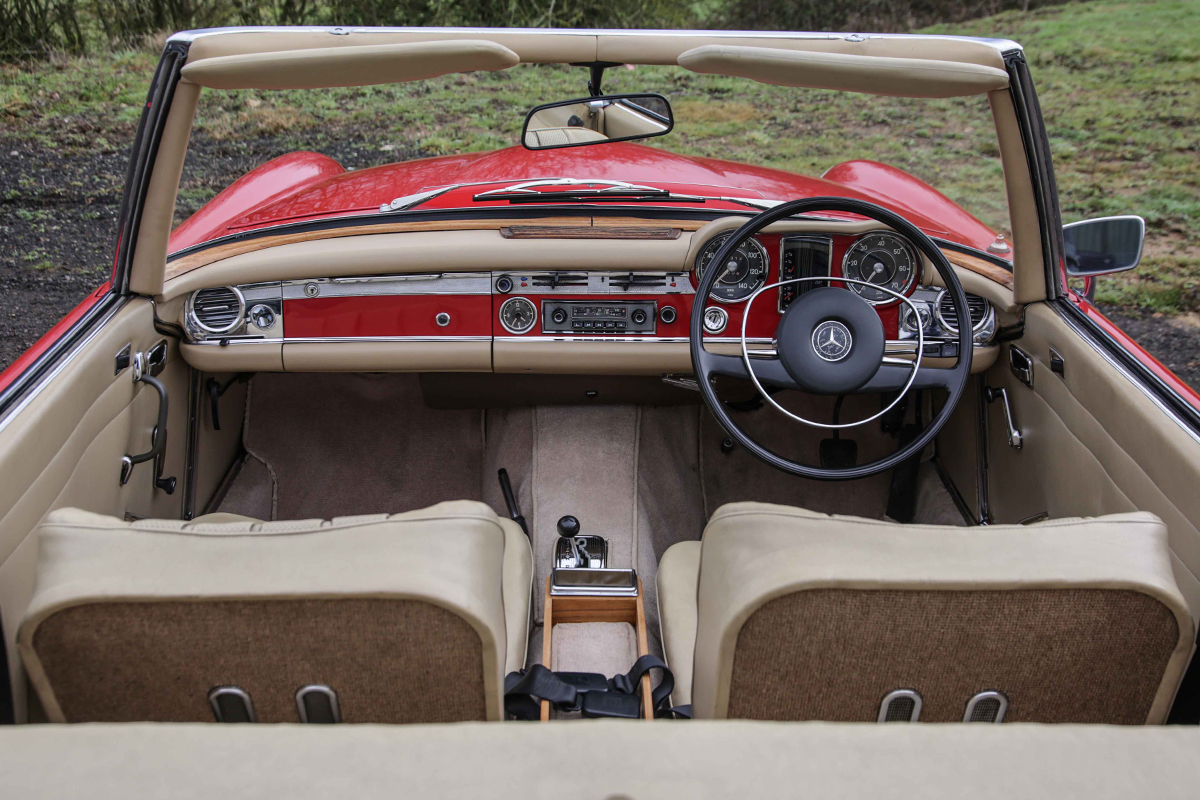 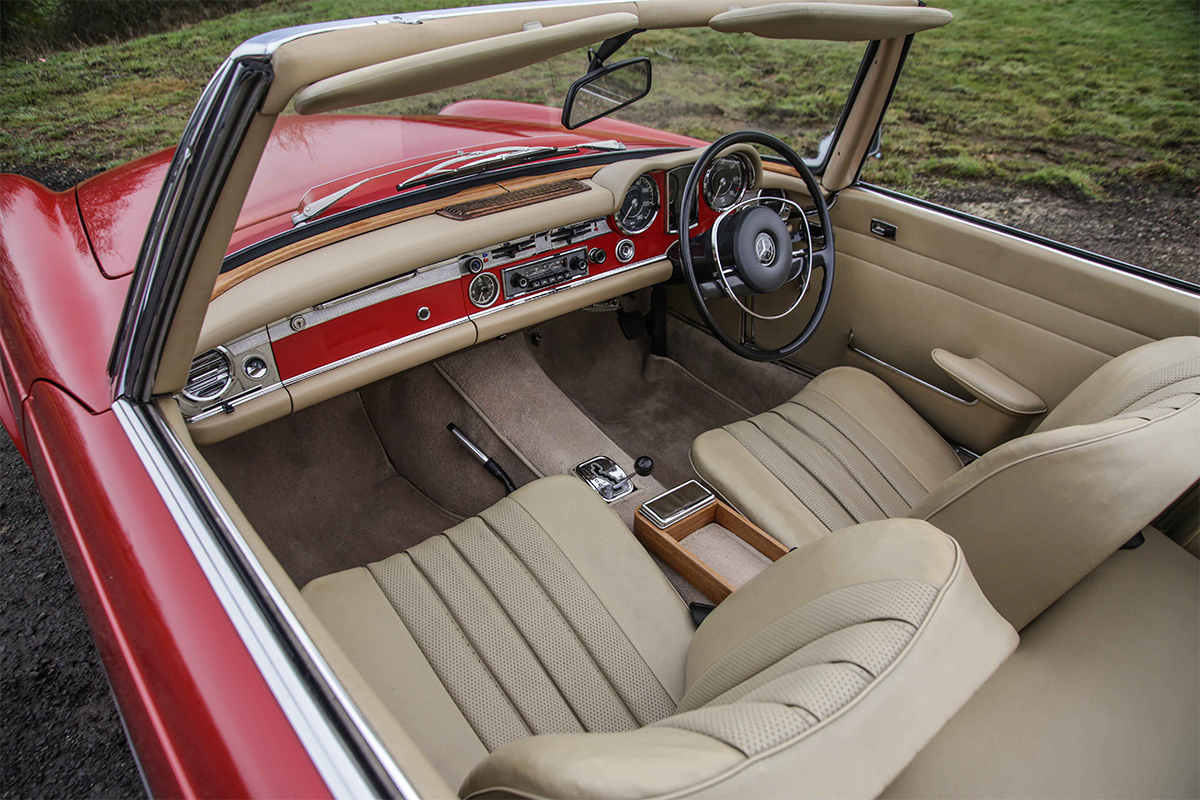 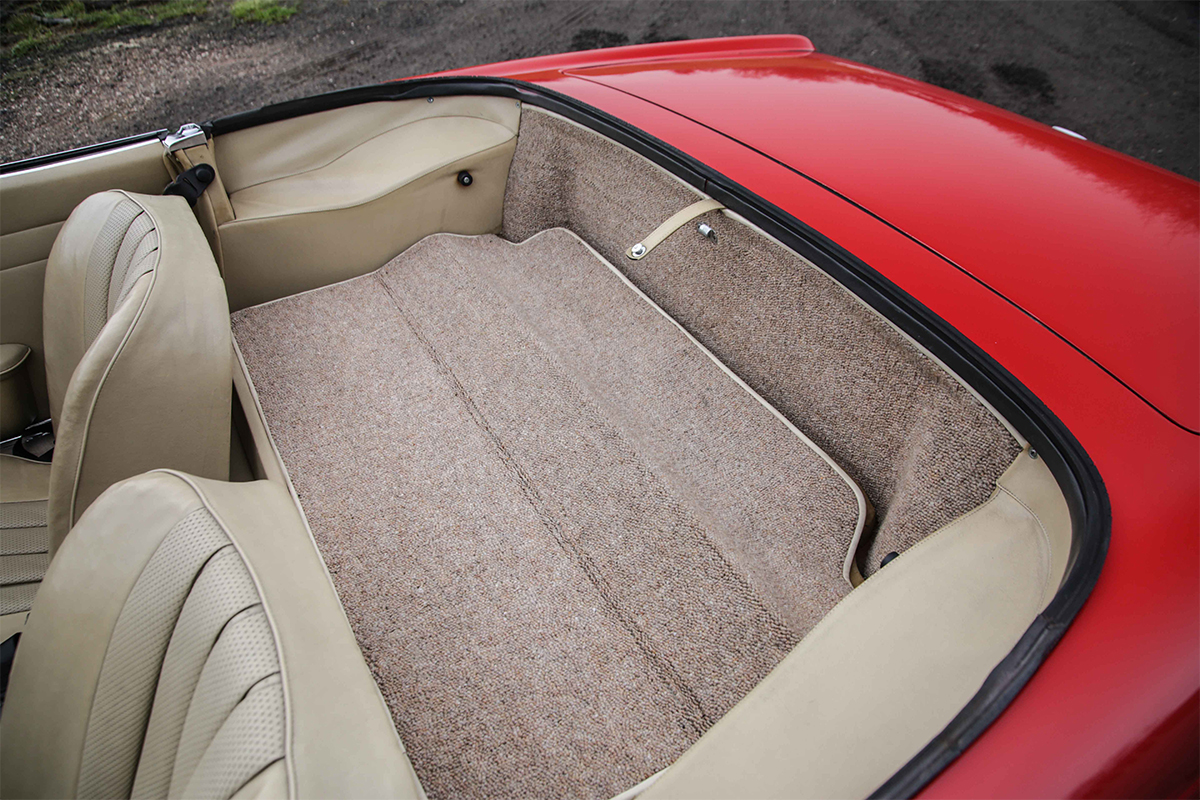 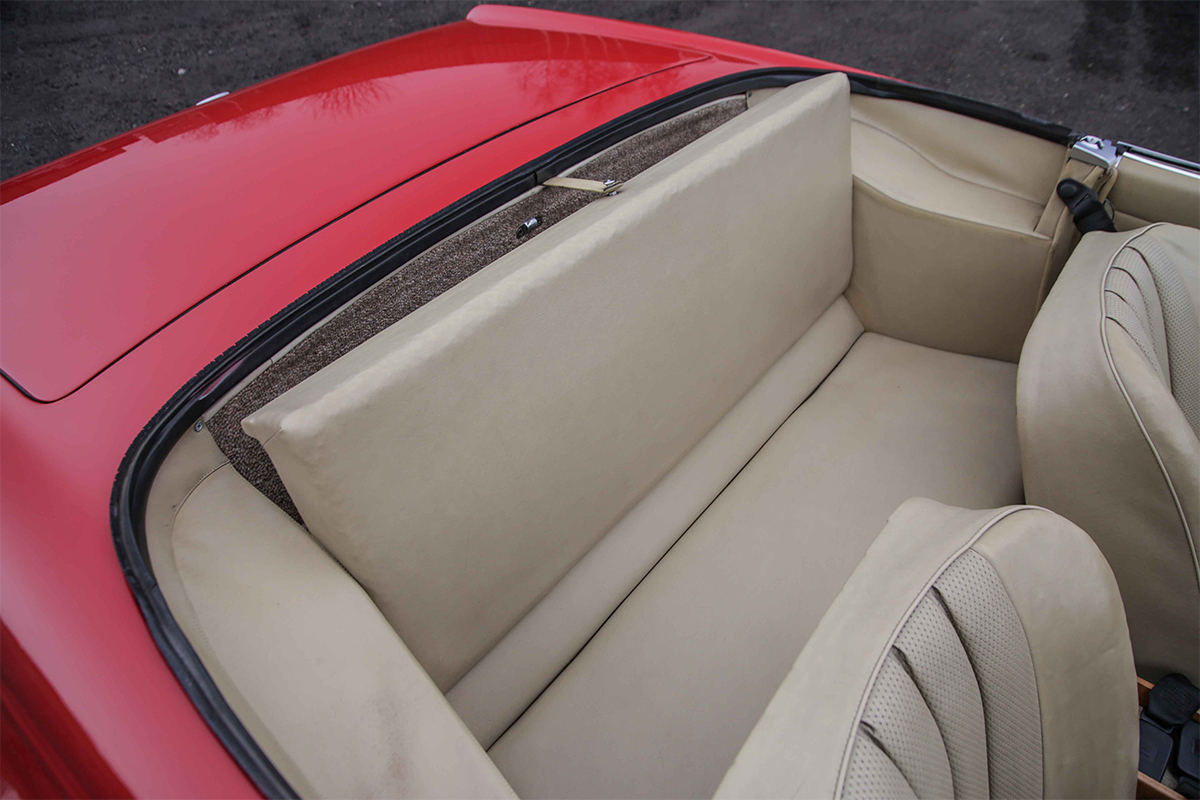 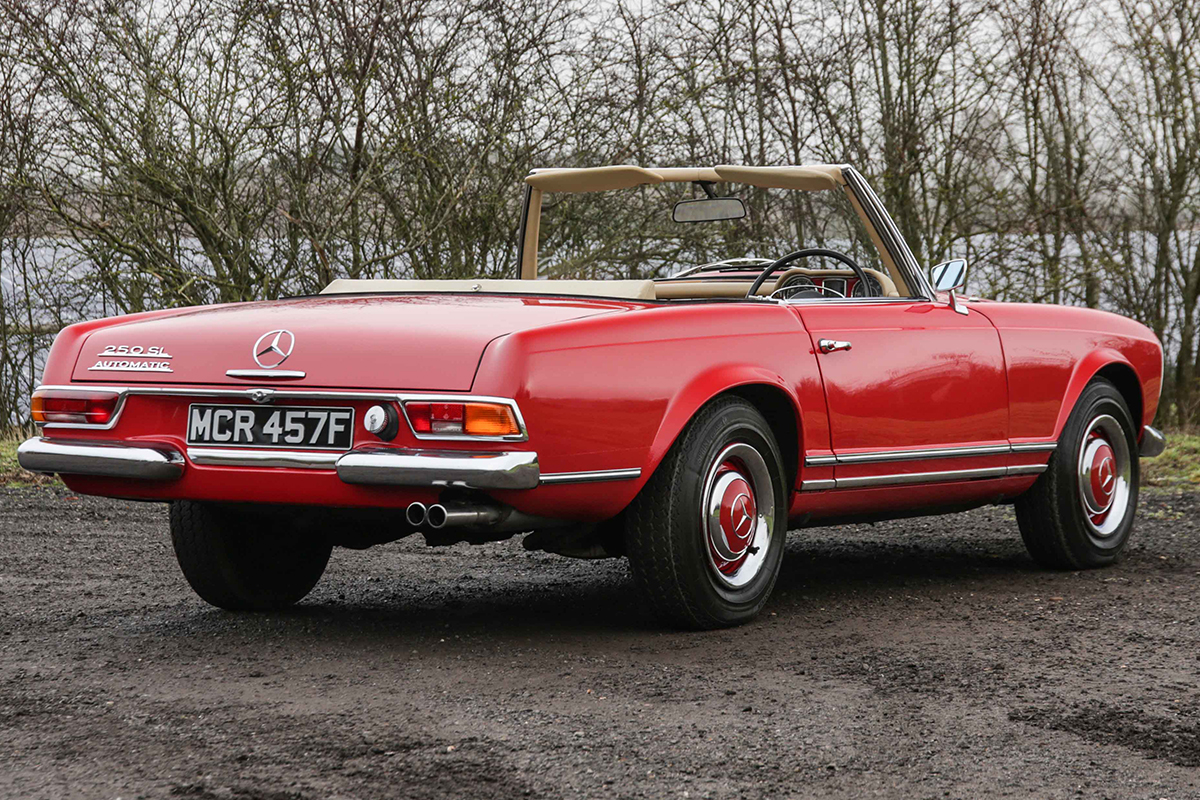 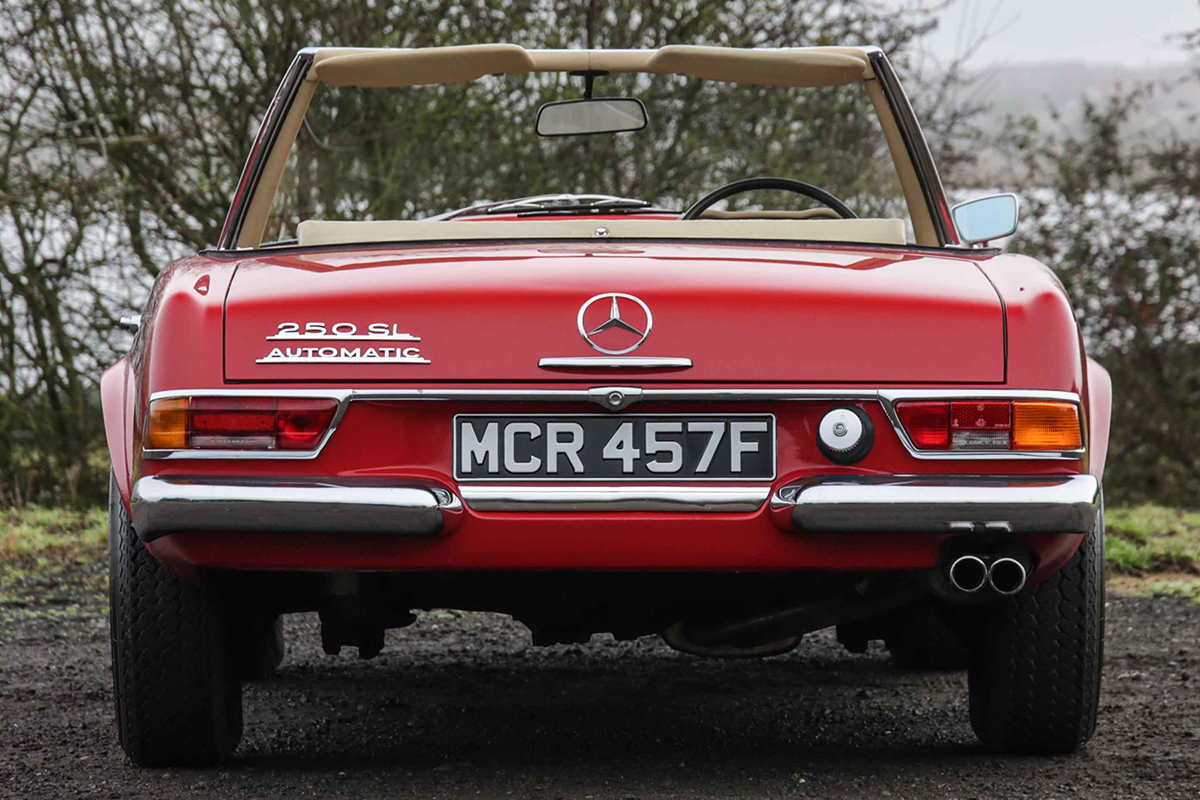 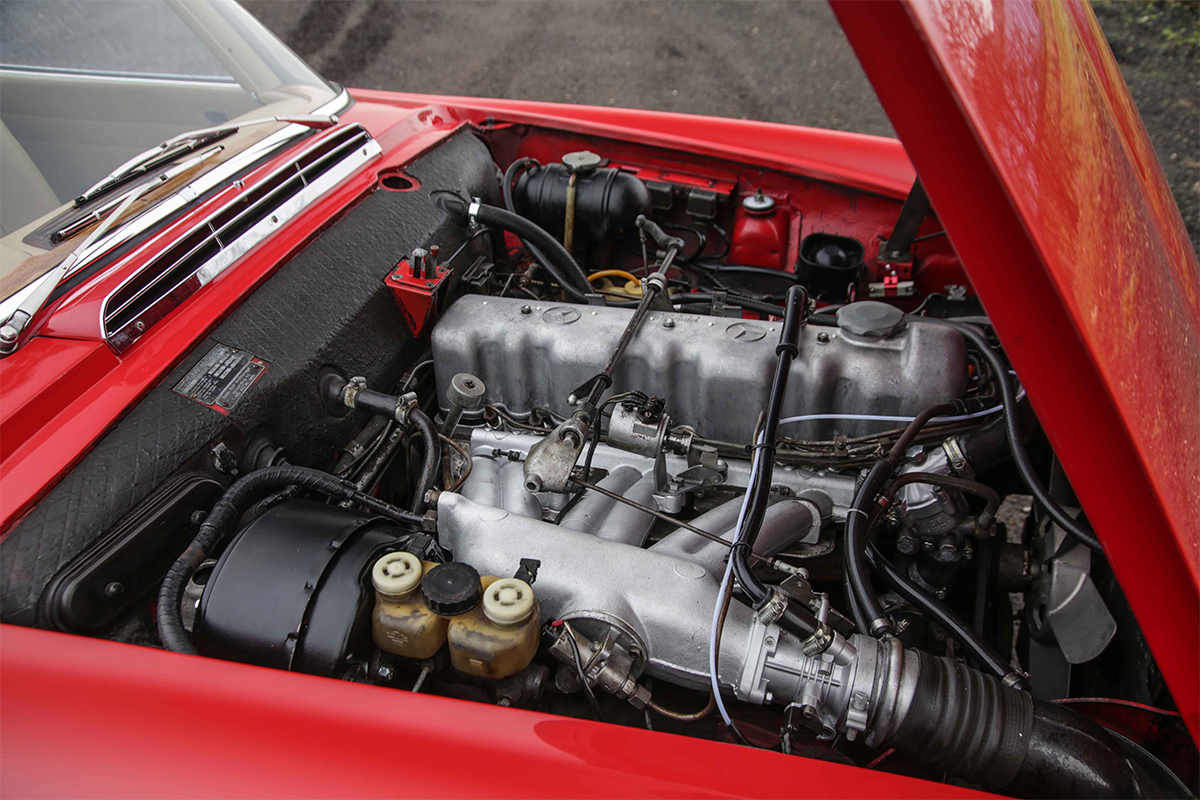 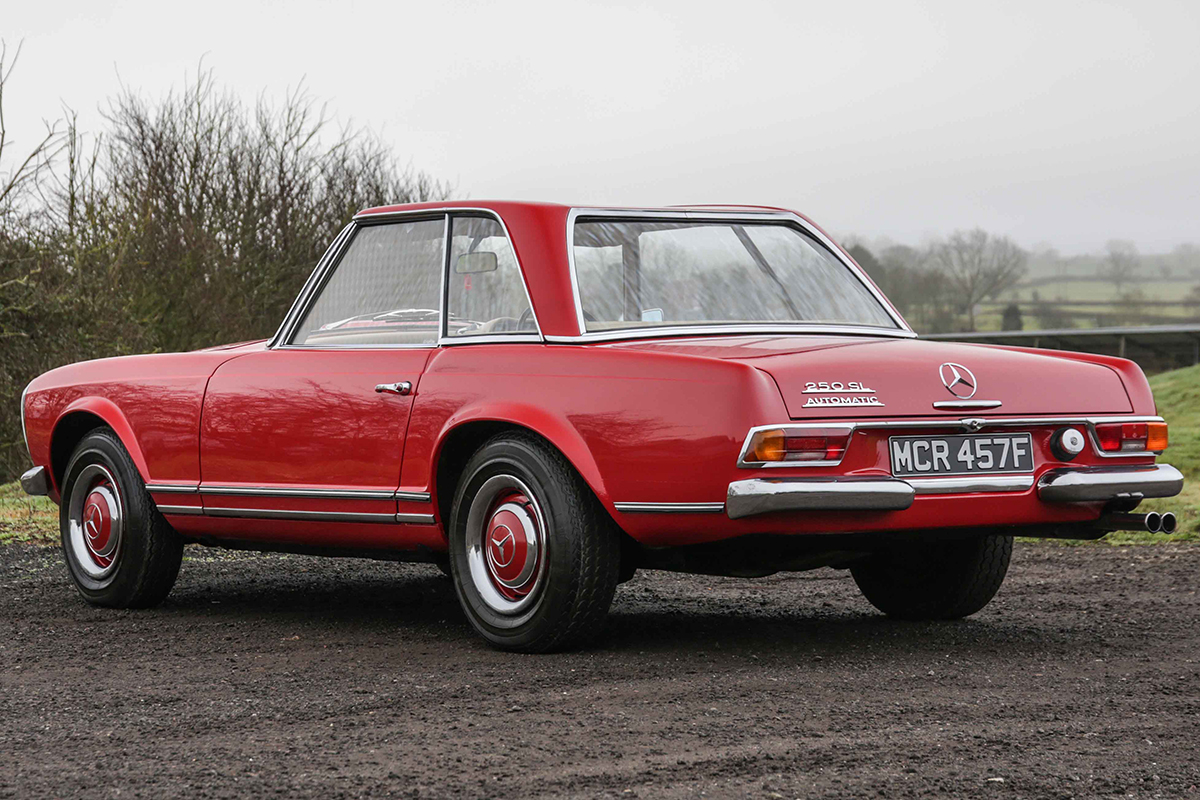 With the arrival of the 250SL in 1966 came the introduction of the California Coupe, the first Pagoda to do away with the soft top. The fold down bench seat made the California Coupe more practical as a functioning 2+2, giving Mercedes-Benz the ability to compete on practical terms with coupes from rival manufacturers.

As a UK 250SL California Coupe, the car shown here is very rare indeed. Of the 5,196 250SLs built, only 3,435 were destined for Europe. If it were possible to split that number down further into 250SLs delivered to the UK, and then distill it further again to ascertain how many RHD 250SL California cars were sold in England, the number would be the lowest of all Pagoda deliveries.

Ordered new in the United Kingdom, this rare car was first owned by a Mr Speek who covered an impressive 54,000 miles between 1968 and 1971. These busy first three years are fully documented in a green ‘BP Lubricants’ folder showing 13 visits to John Shrigley & Co in Poynton, Cheshire. 54,000 miles in three years in a 250SL might seem like an impressive feat as we write in 2021, but in the late 1960s there can’t have been many other cars in which 54,000 miles would be more enjoyable.

The fact that this is a UK car, purchased to be driven with intent makes this 250SL all the more interesting.

A detailed history file accompanies the car, along with MOT certificates as detailed below.

At some point between 1988 and 2001 the car was fitted with a later 2.8 litre M130 engine as fitted to both the Pagoda and Saloons from Mercedes-Benz. We can only assume that during the years when the Pagoda was at the bottom of it’s value curve, it was deemed uneconomical to repair the 2.5 litre engine so a good quality 2.8 litre was installed instead. From a driving point of view, this is beneficial to the Pagoda – this car now drives superbly.

This 2.8 litre engine has recently undergone a full rebuild as part of an improvement program prior to the car reaching our showroom.

Some £17,000 has been lavished on this 250SL in recent years, and we can attest that this car looks and drives beautifully.

What we have here is an incredibly rare car, built and prepared to be driven and ready to be enjoyed by an enthusiastic new owner.

Whether the new keeper can top the personal best of 54,000 miles three years as set by the first keeper is a challenge that remains to be vanquished!

Service History Details: (Serviced by SLSHOP prior to arrival in our showroom) MOT Certificates on file and Corresponding Mileage: