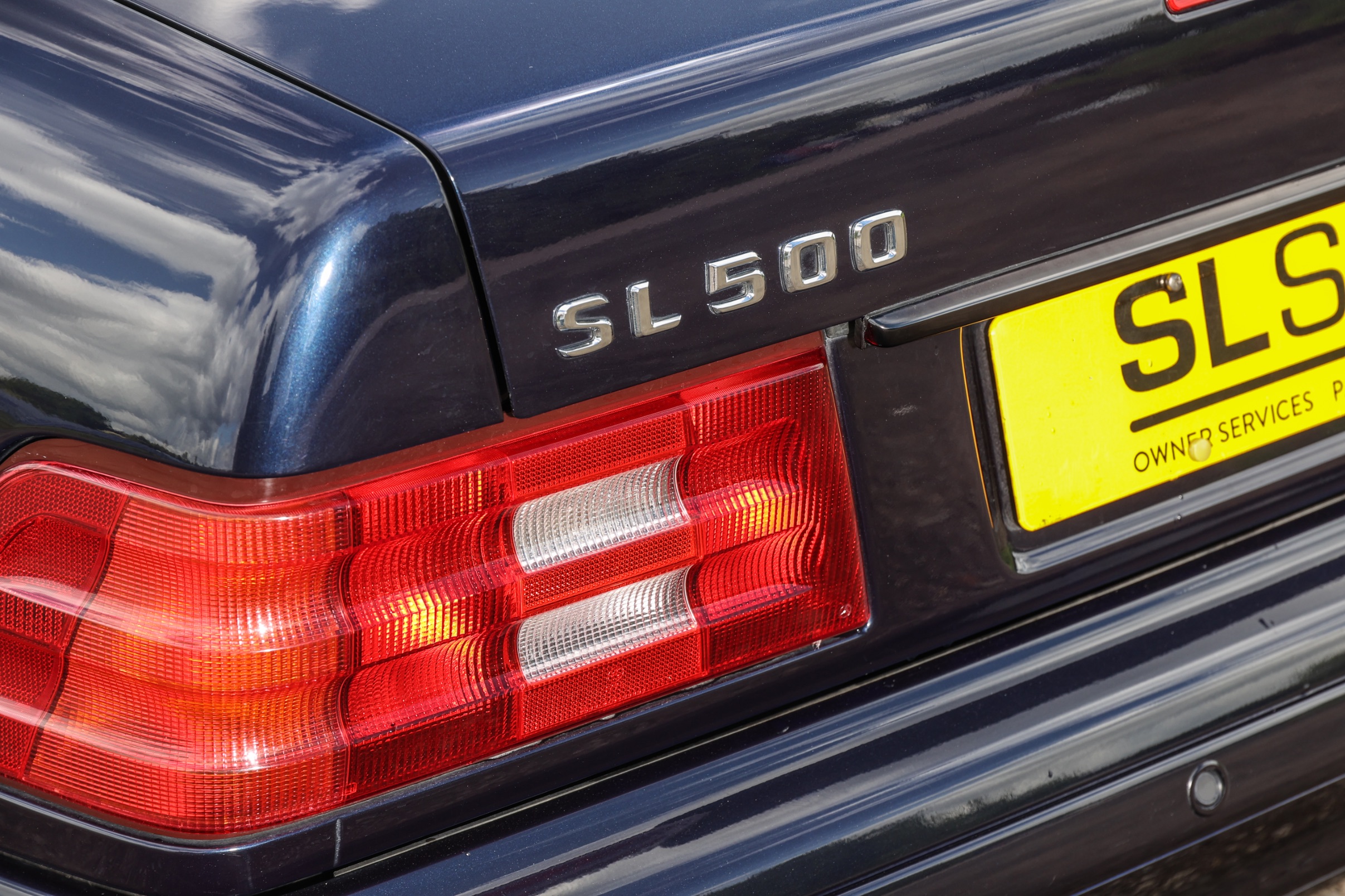 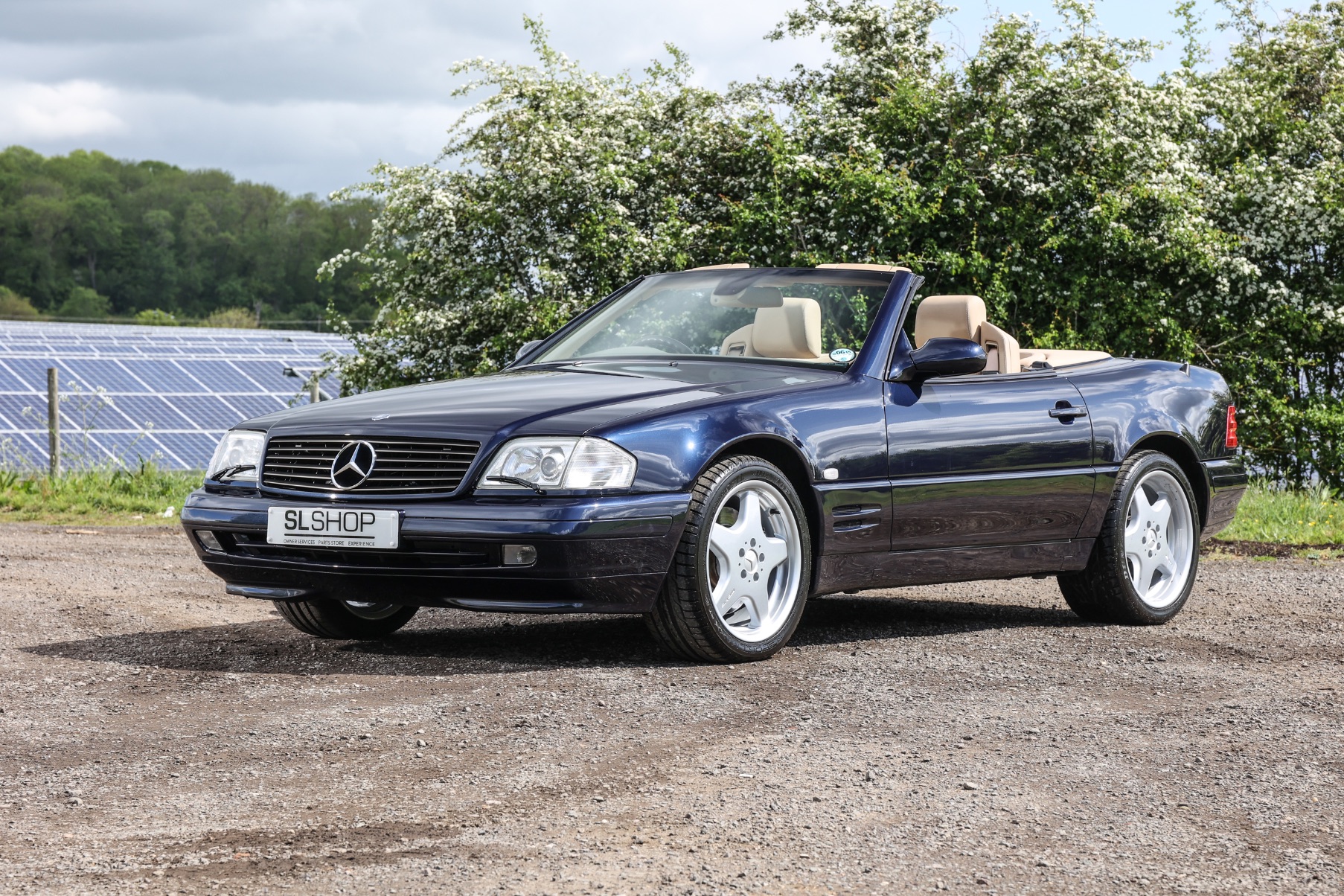 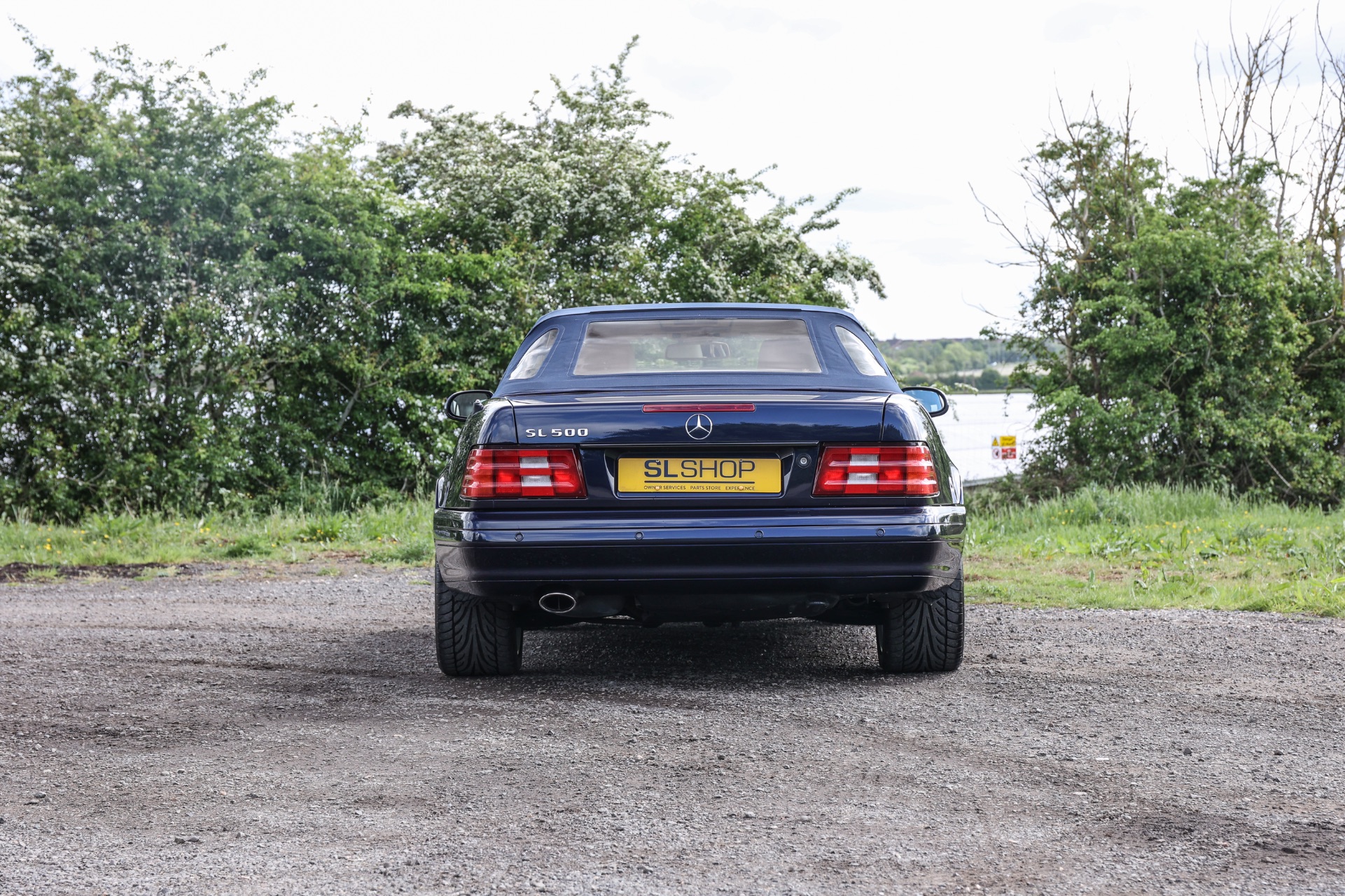 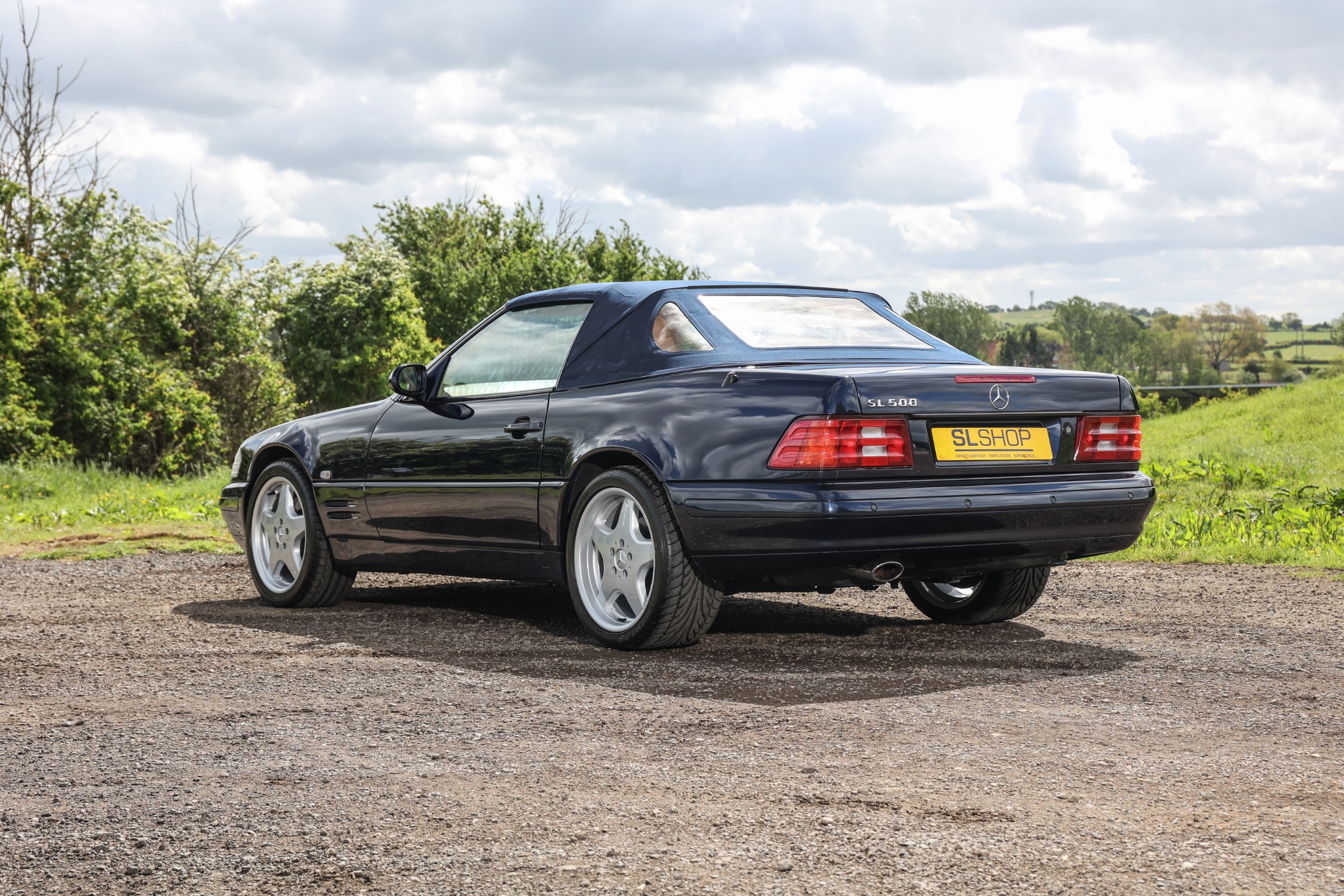 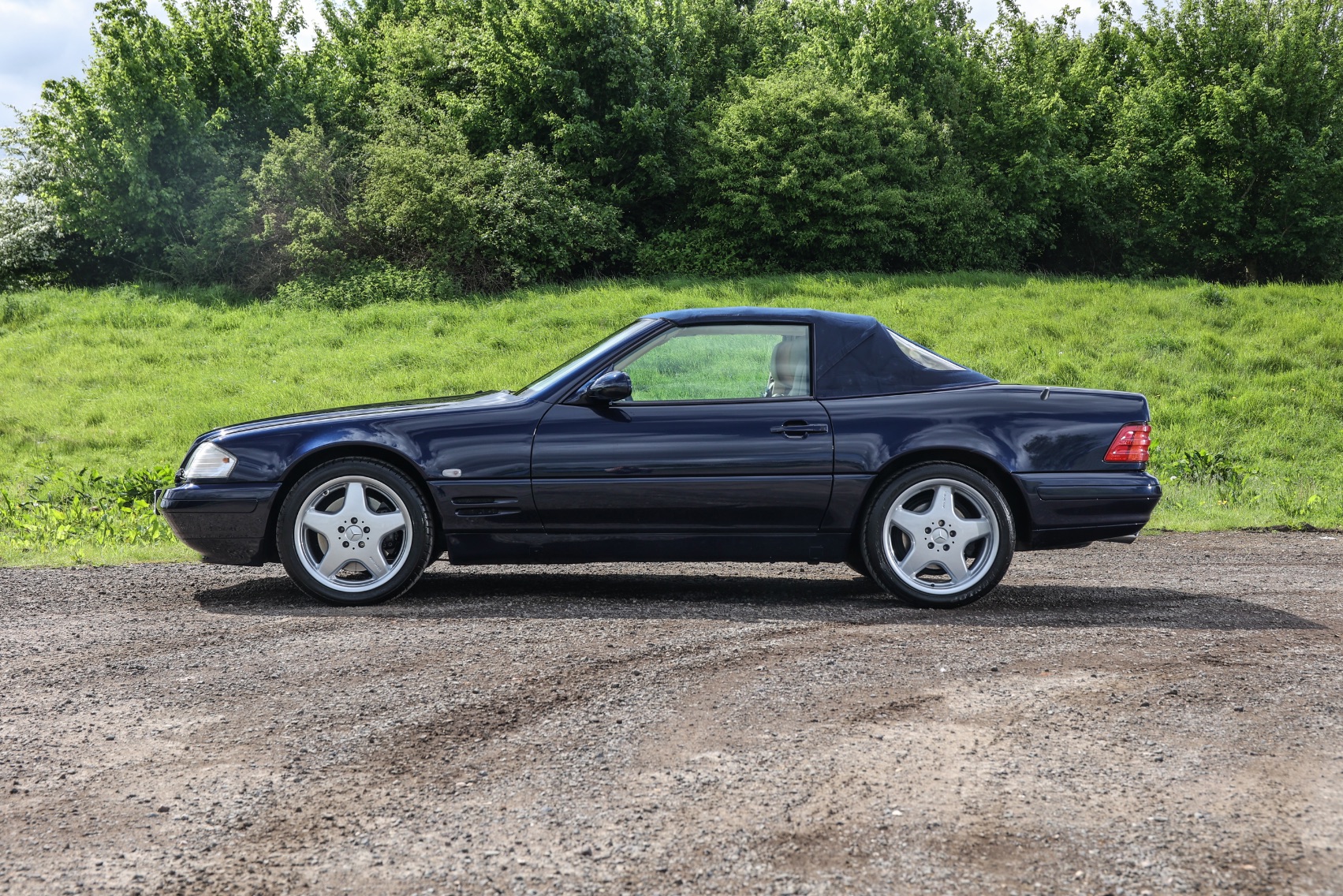 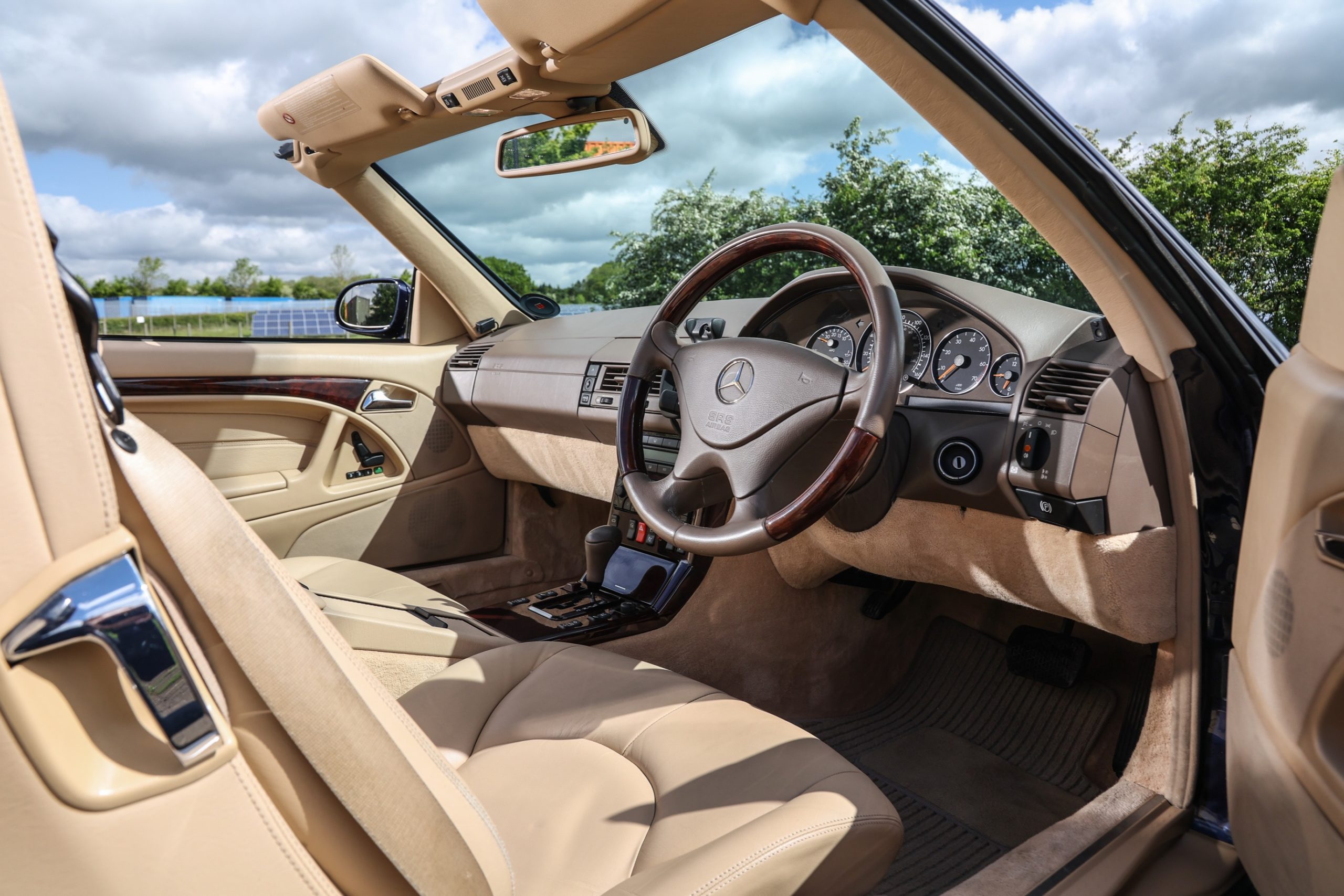 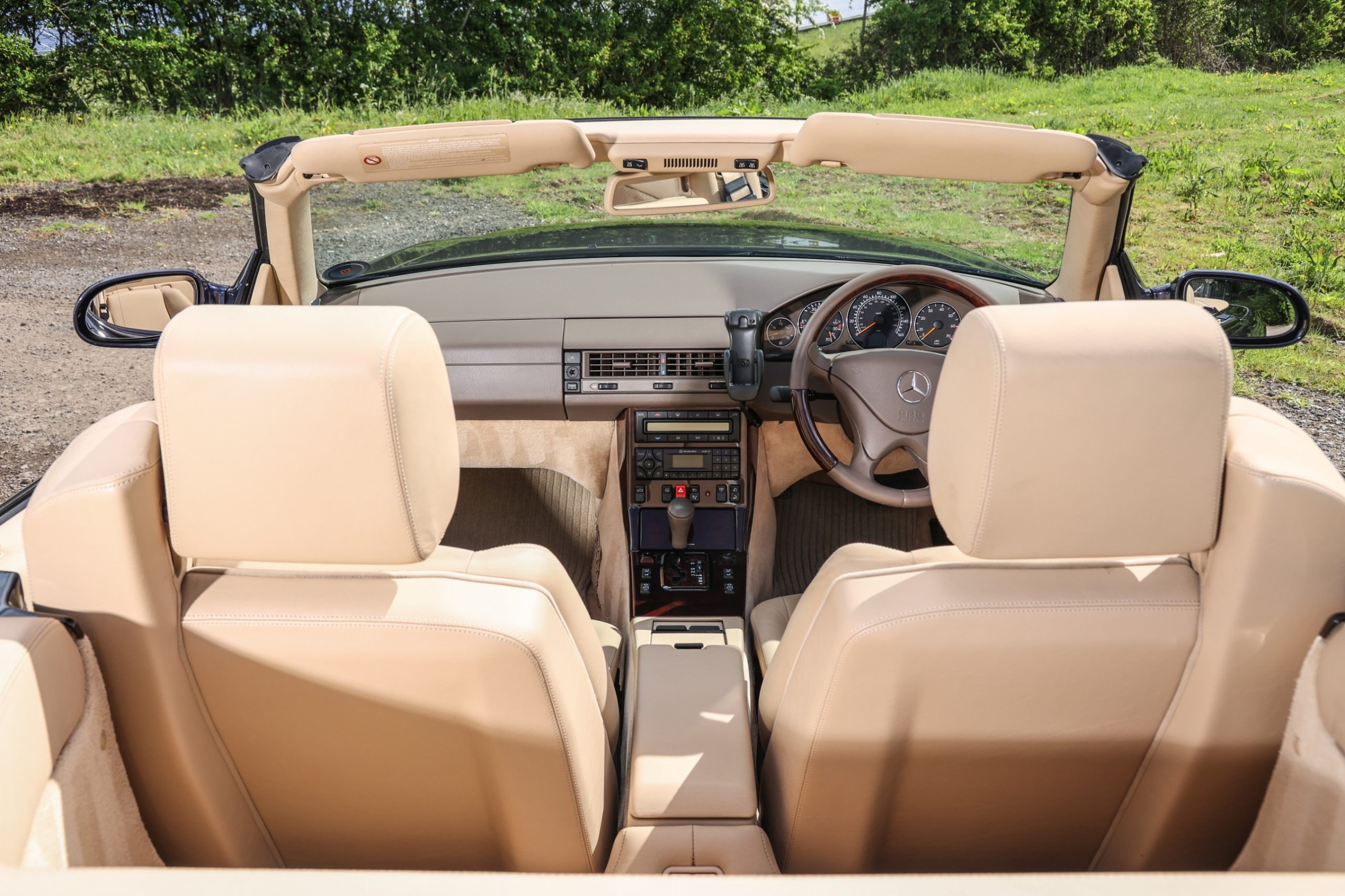 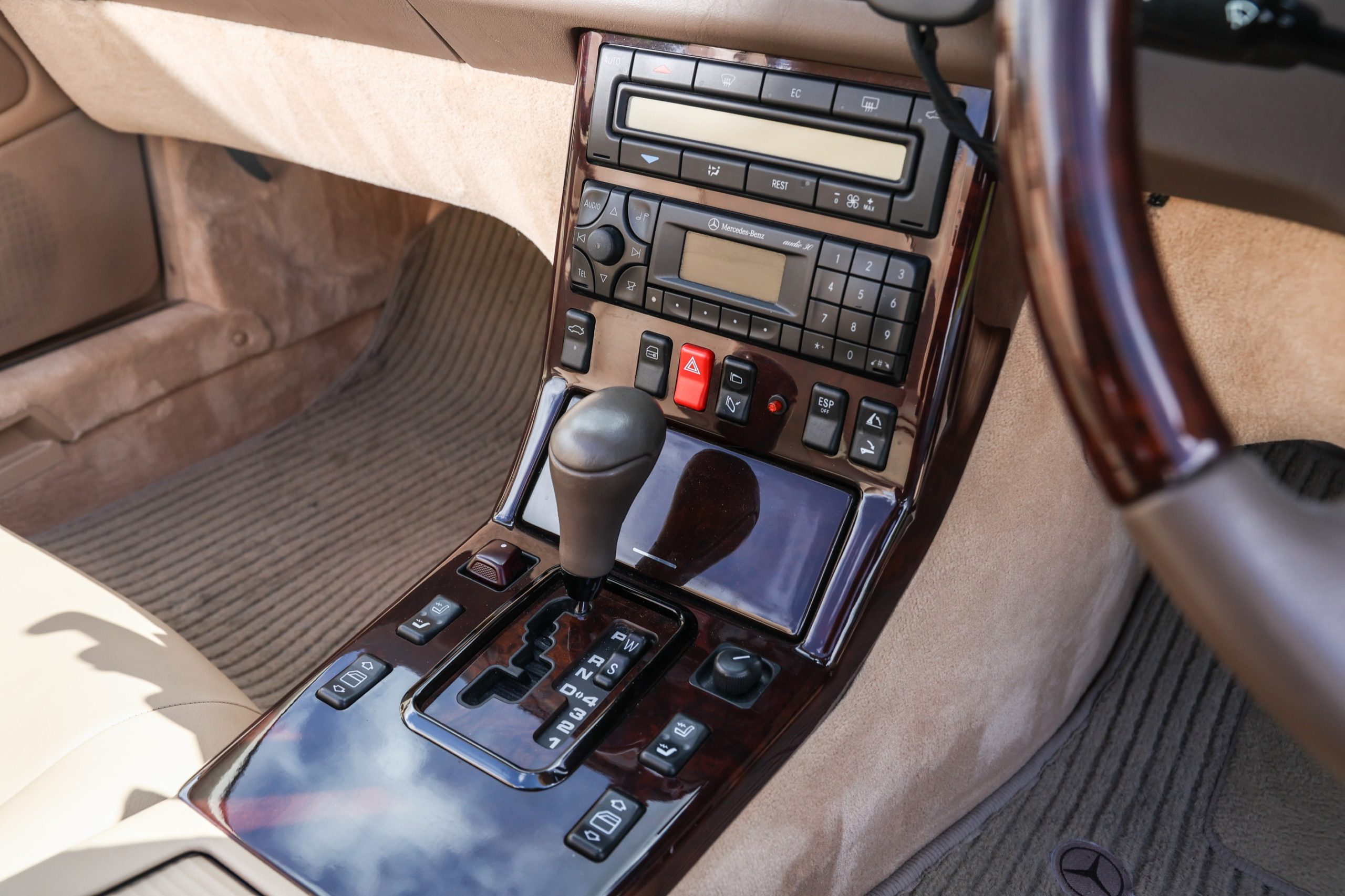 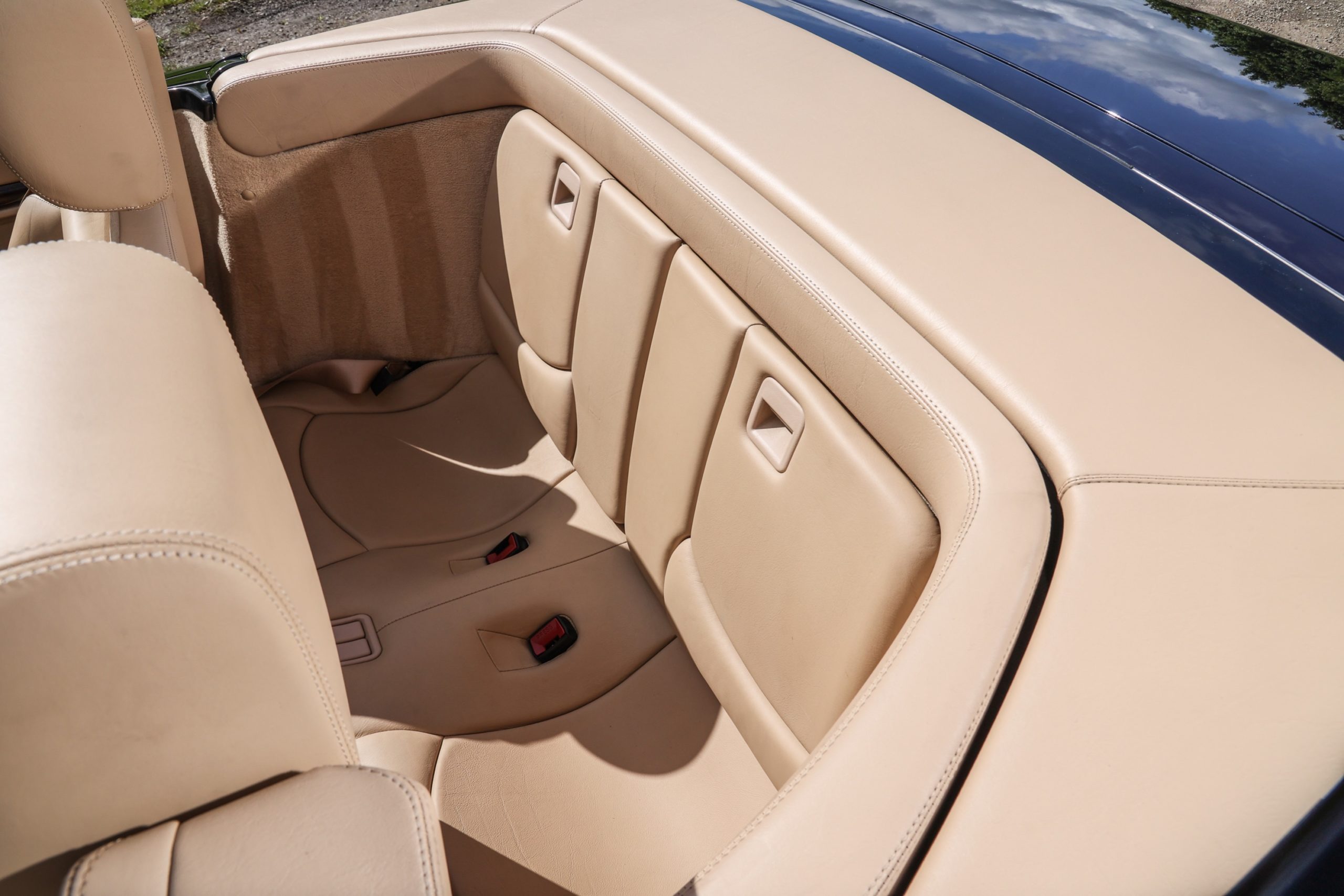 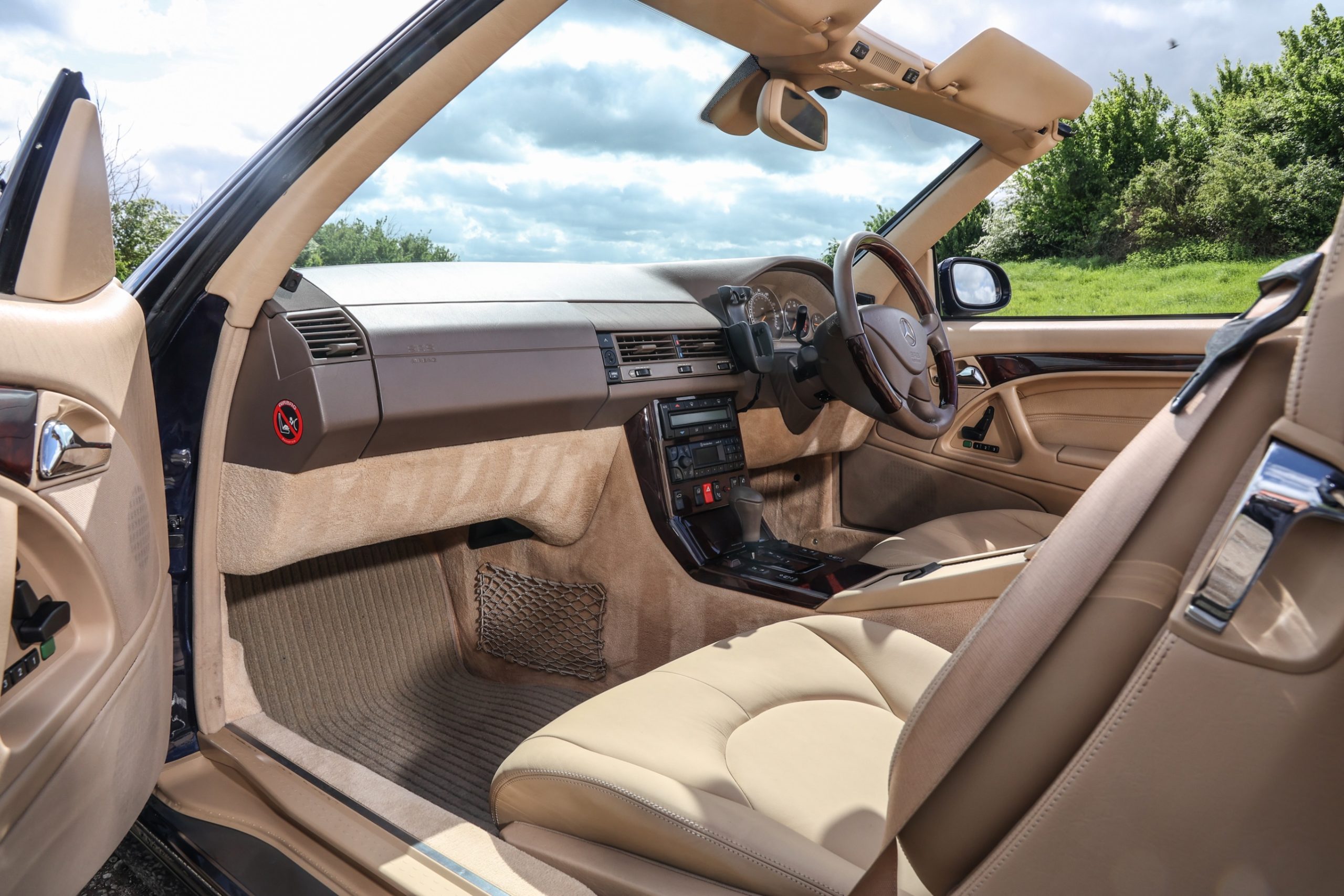 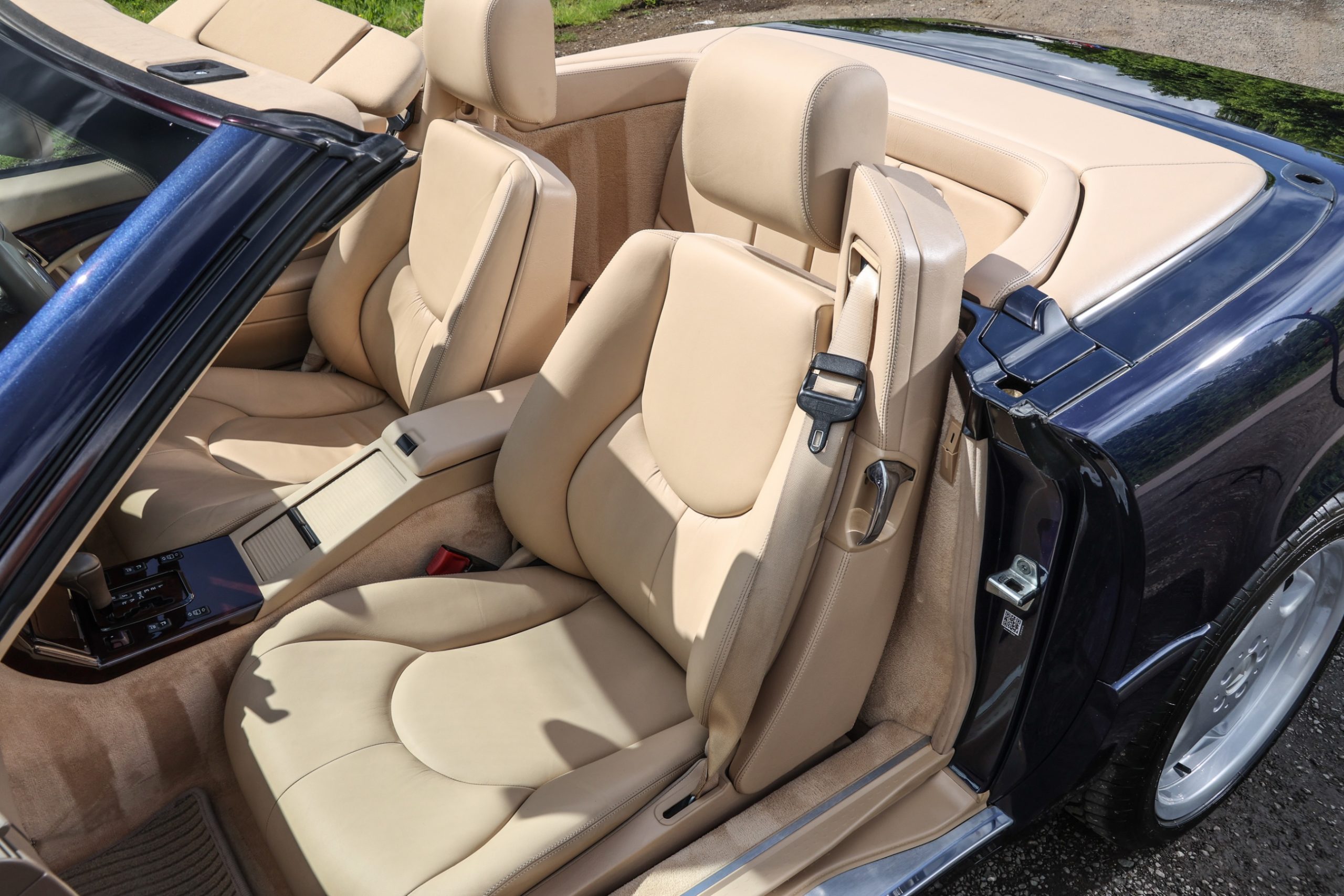 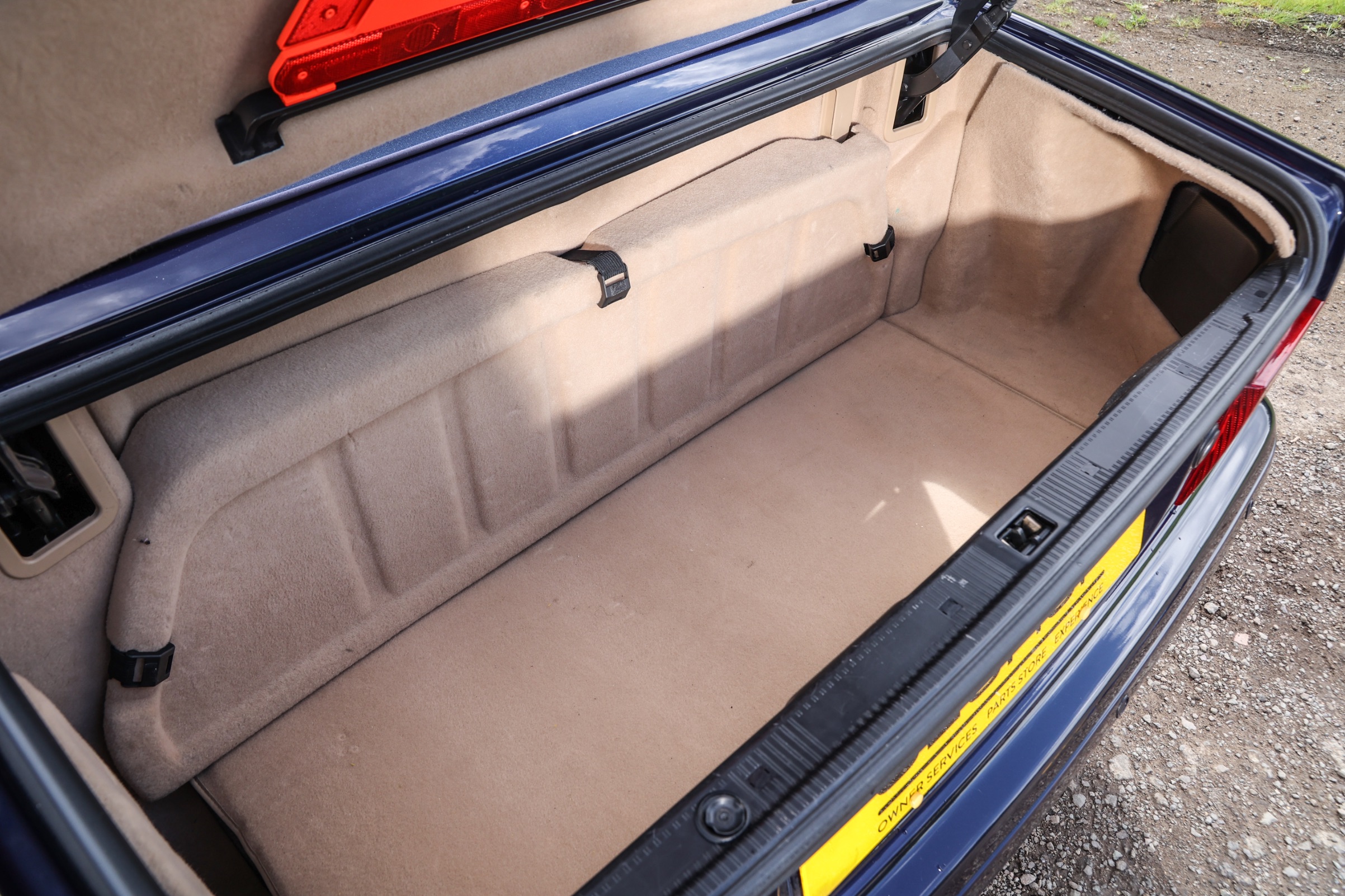 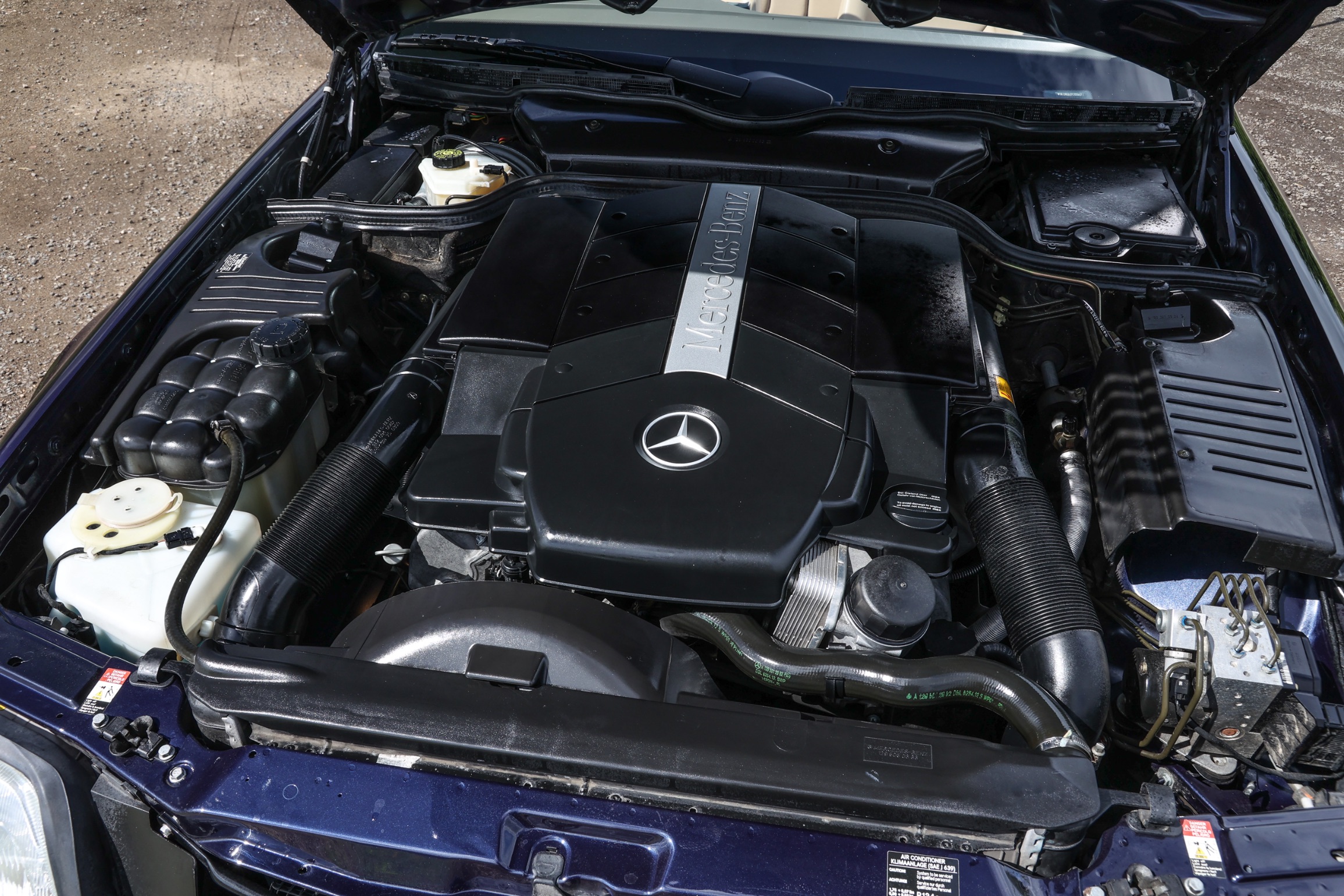 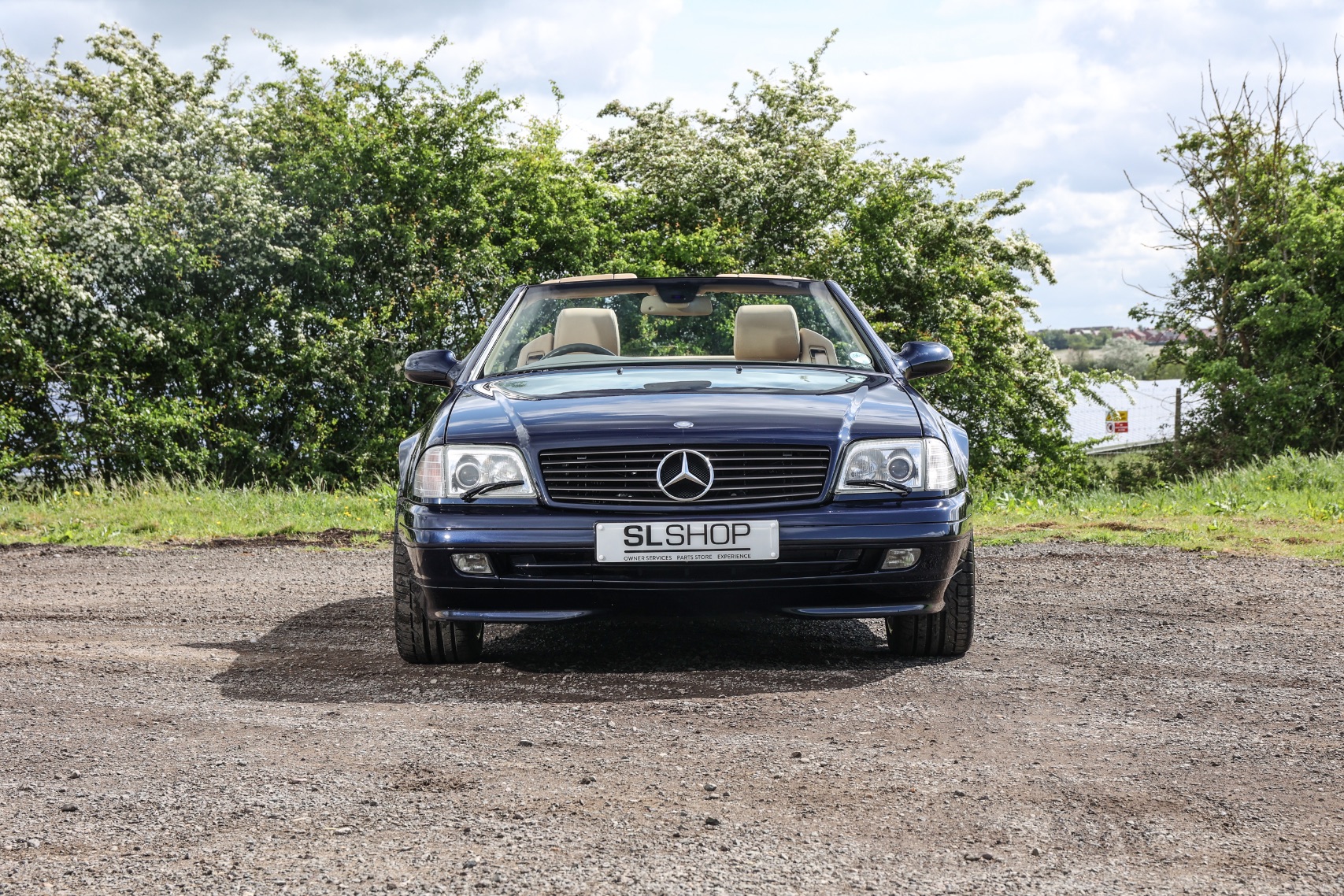 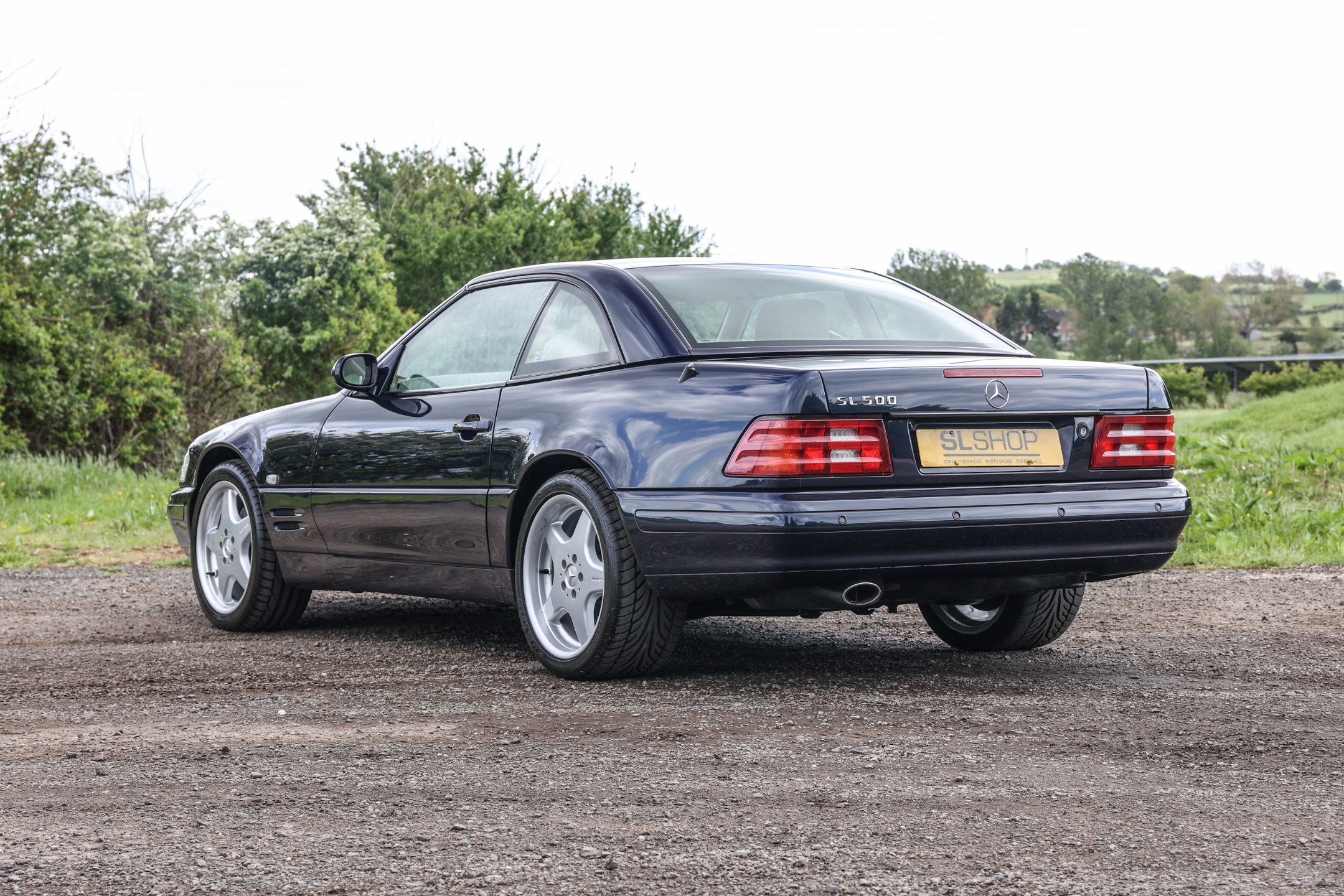 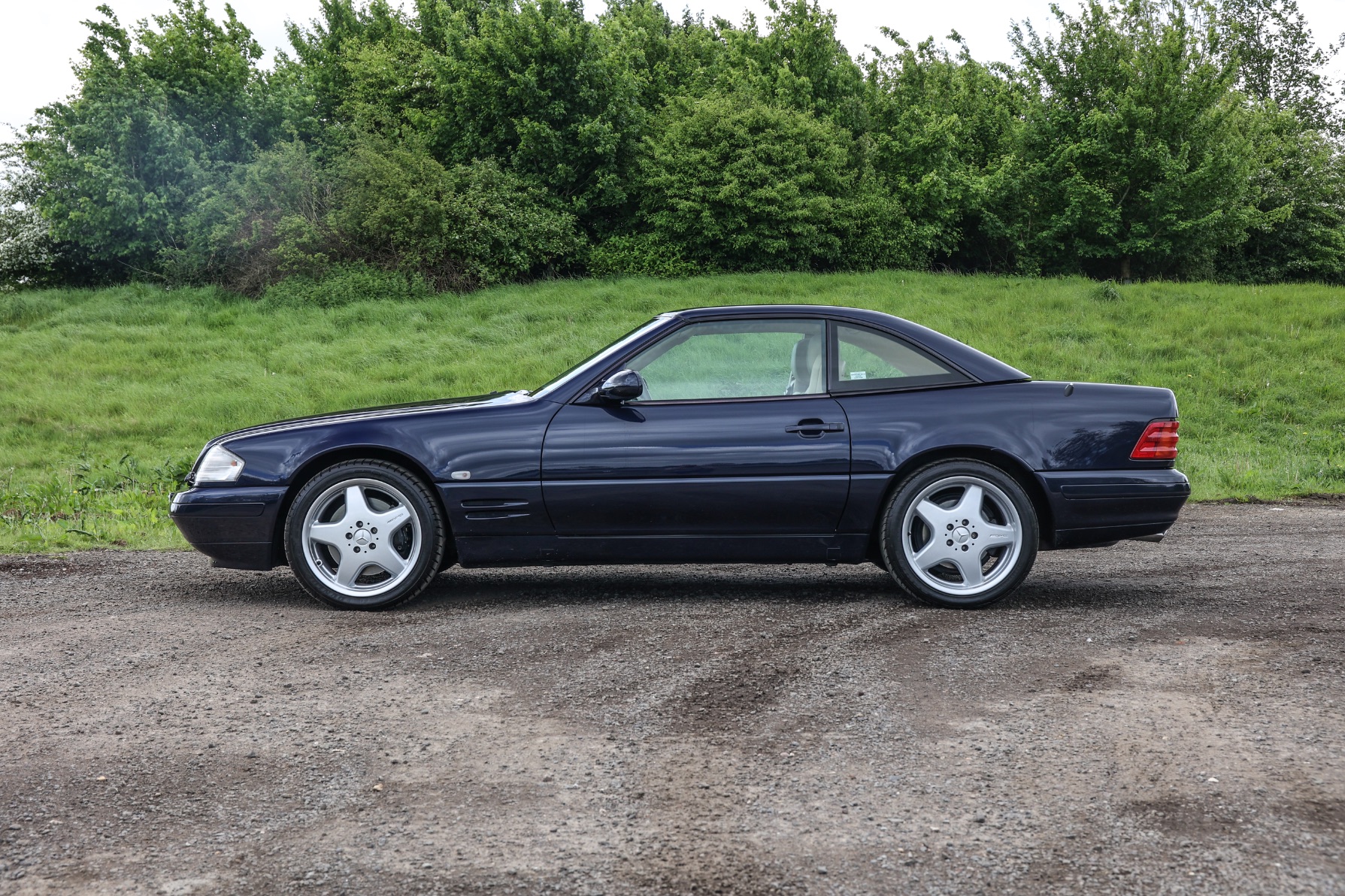 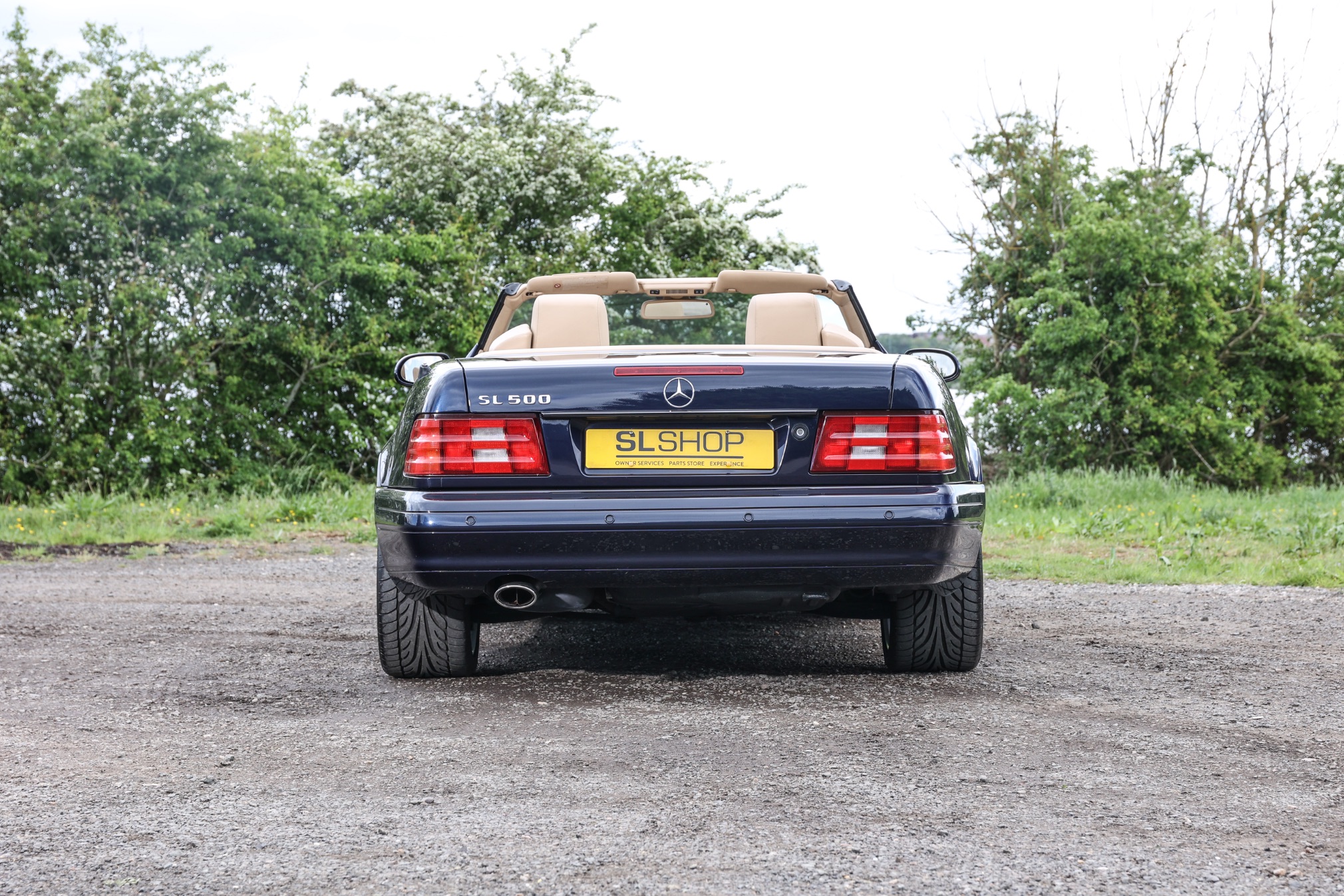 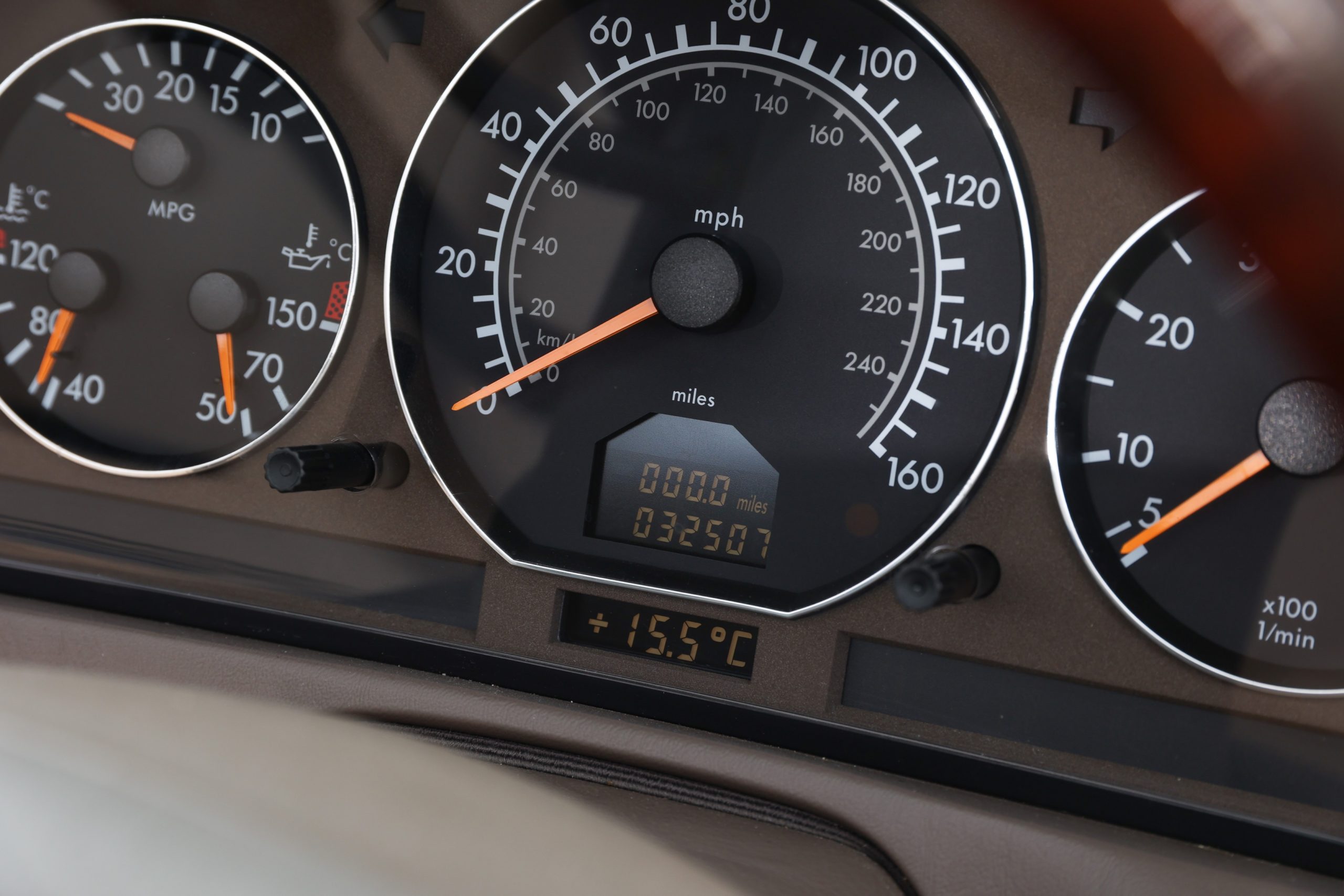 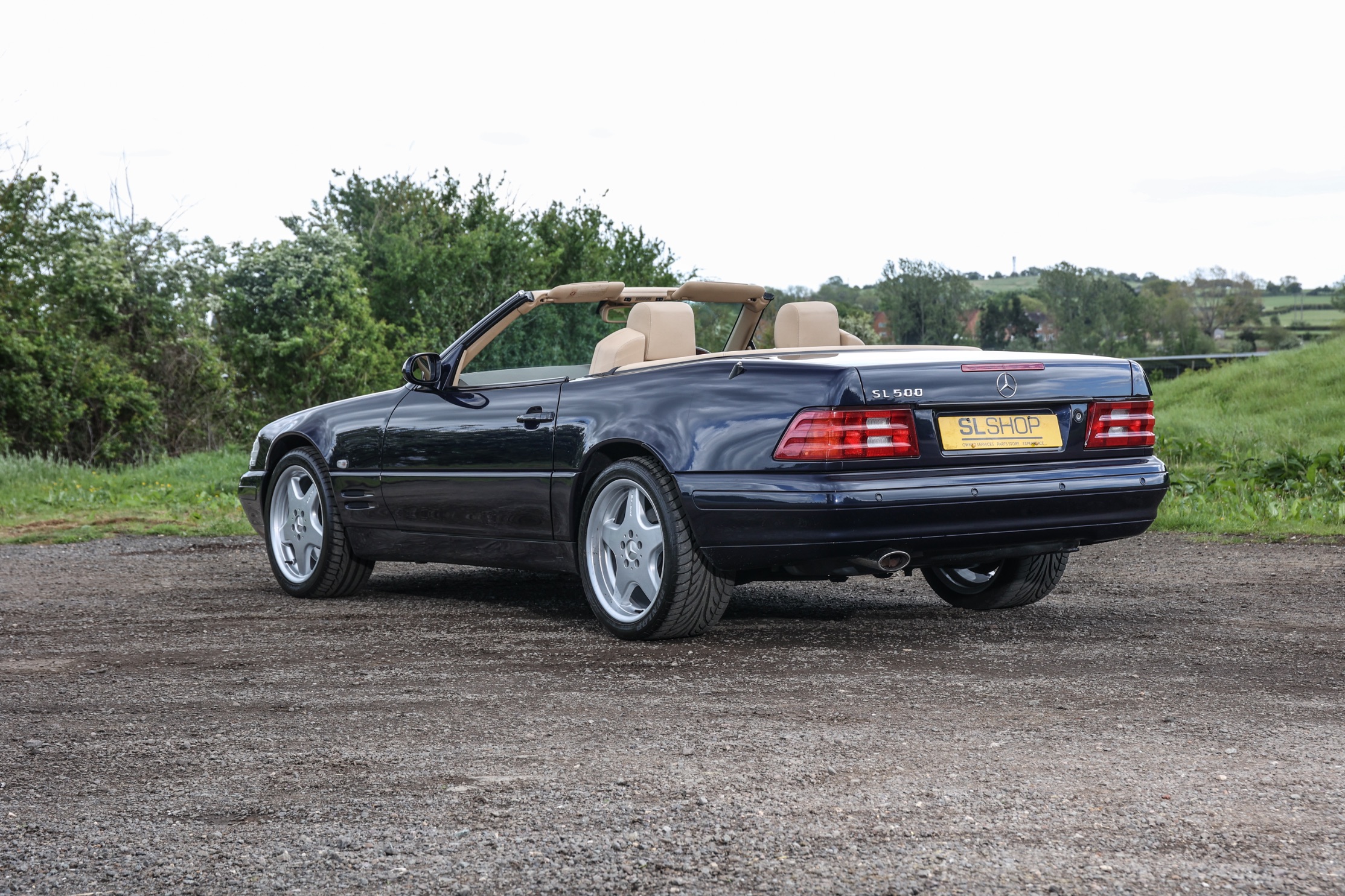 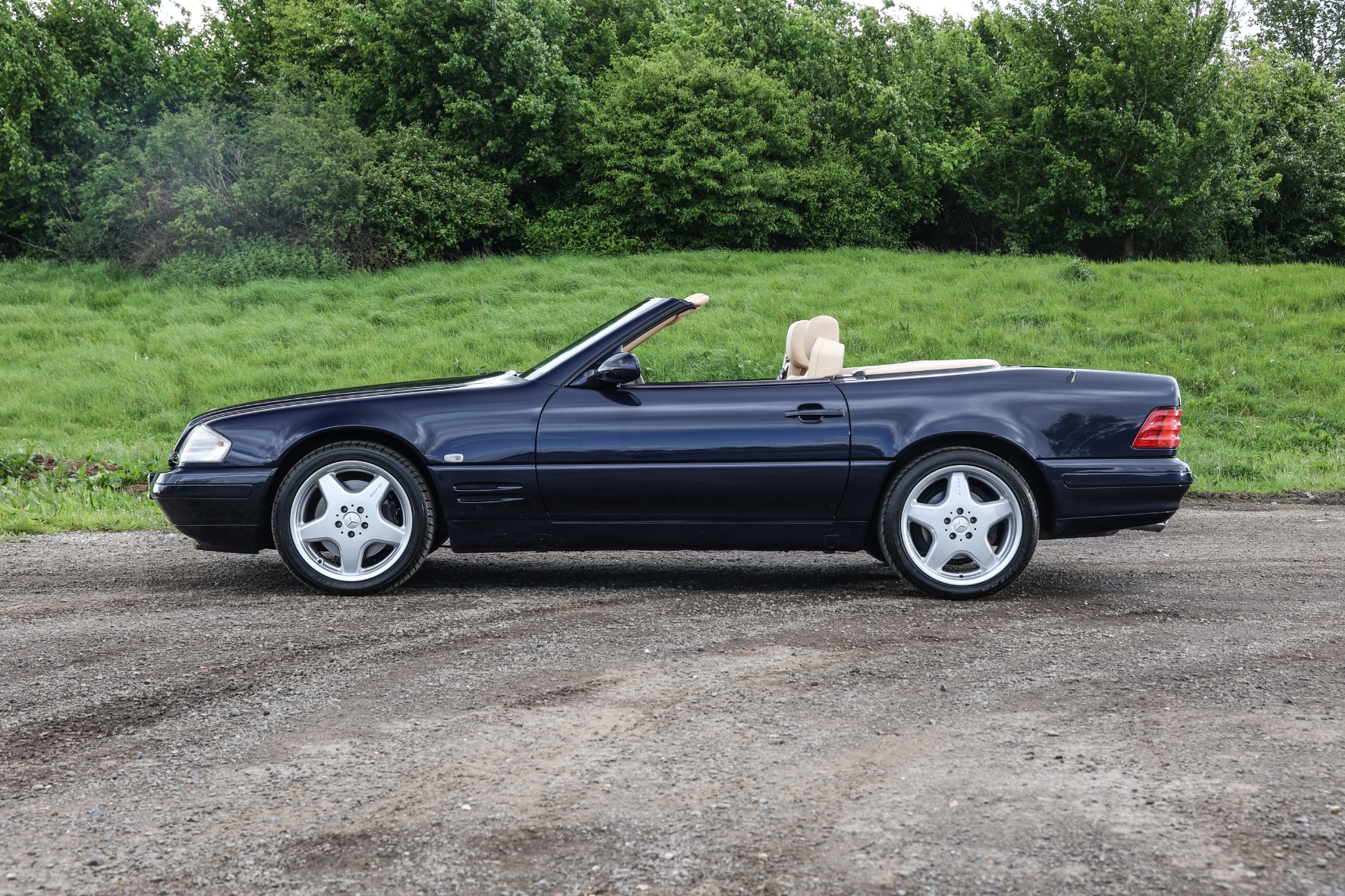 A 2001 SL500 with low mileage is the definition of a modern classic Mercedes-Benz. This particular vehicle is presented with 3 former keepers (including the current owner) and offers a rare level of originality and condition for a 21-year-old luxury grand tourer.

The SL500 features the M113 5.0 L 24-valve SOHC V8 with 302bhp, offering fantastic acceleration and torque at all speeds. The V8 is the perfect soundtrack for top-down driving, offering a modest but throaty roar that doesn’t intrude where some V8 convertibles of the same era might.

Finished in Tansanite Blue, the metallic paintwork is timeless and classy, blending perfectly with modern tastes but still adding definition to those distinct Bracq Germanic lines. The foremost owner specified Alloy wheels at a cost of £1790,00 in 2001, which are all in excellent condition. In addition, the SL500 features a Panoramic Glass Hard Top which was a similarly expensive option in the early 2000s.

The evolution of the SL from the R107 to the R129 caused commotion around the world when it was launched with its high-flying, sci-fi technology. The difference to its predecessor was and remains staggering. Electrically adjusted seats with memory function, self-correcting roll bar to prevent the vehicle capsizing and the crème de la crème – an electric folding roof. The first of its kind in the world.

Part of this evolution included Mercedes-Benz’s decision to change their long-term colourway names. This interior finish is Mushroom Leather (275) – formerly Beige Leather – and is in stupendous condition with no marks or rips. The double stitching perfectly emphasises the shape of the seats and adds a modern feel to the interior. Complimenting the Mushroom Leather (275) is the Burred Walnut Root trim, which is bereft of marks or cracks, paying homage to the older SL models from the fifties and sixties.

The R129 features a 10-CD track player, which is fully operational and unspoiled. The boot carpet is clean with no stains and presented with all the relevant driver’s packs, including a First Aid Kit. The Spare wheel is in good order and ready to be used if needed.

Present with this vehicle is the original order form from Lancaster Hertford Mercedes-Benz dealer, detailing the original sale price of £64,000. Over £5,000 of this retail figure was optional extras, making this a very expensive vehicle in the early millennium.