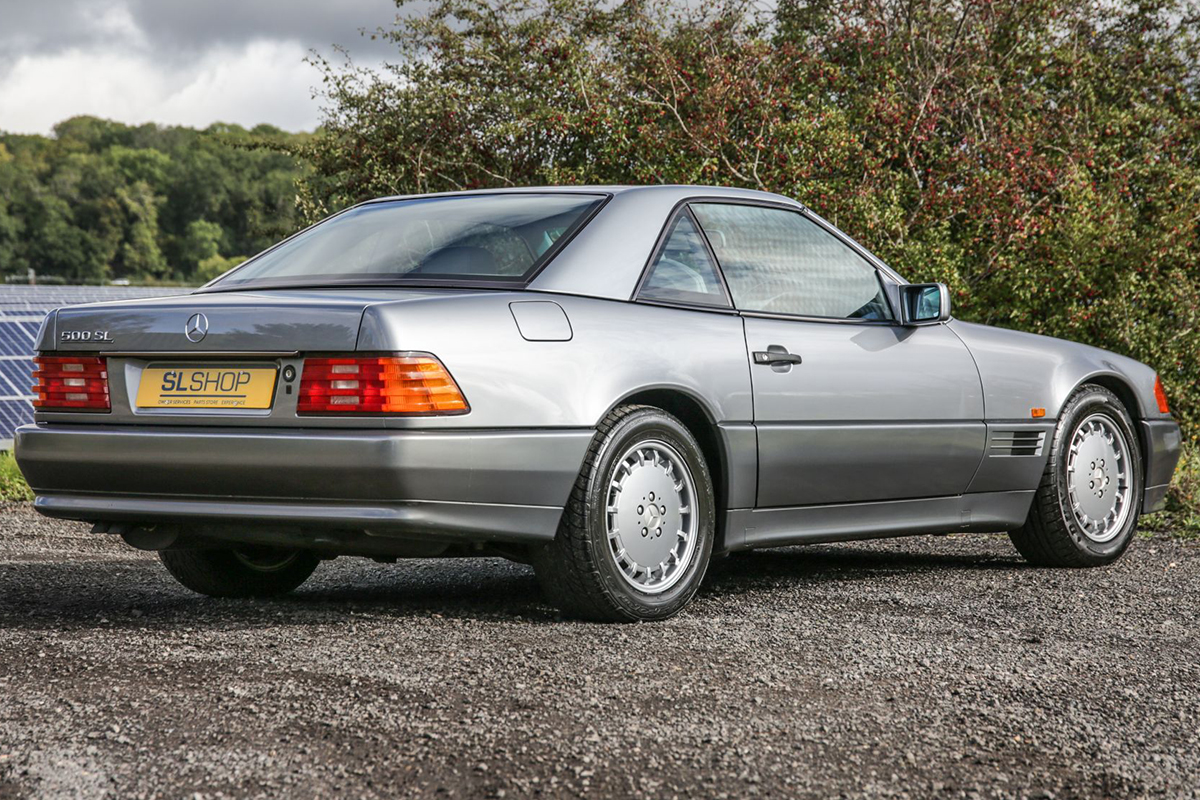 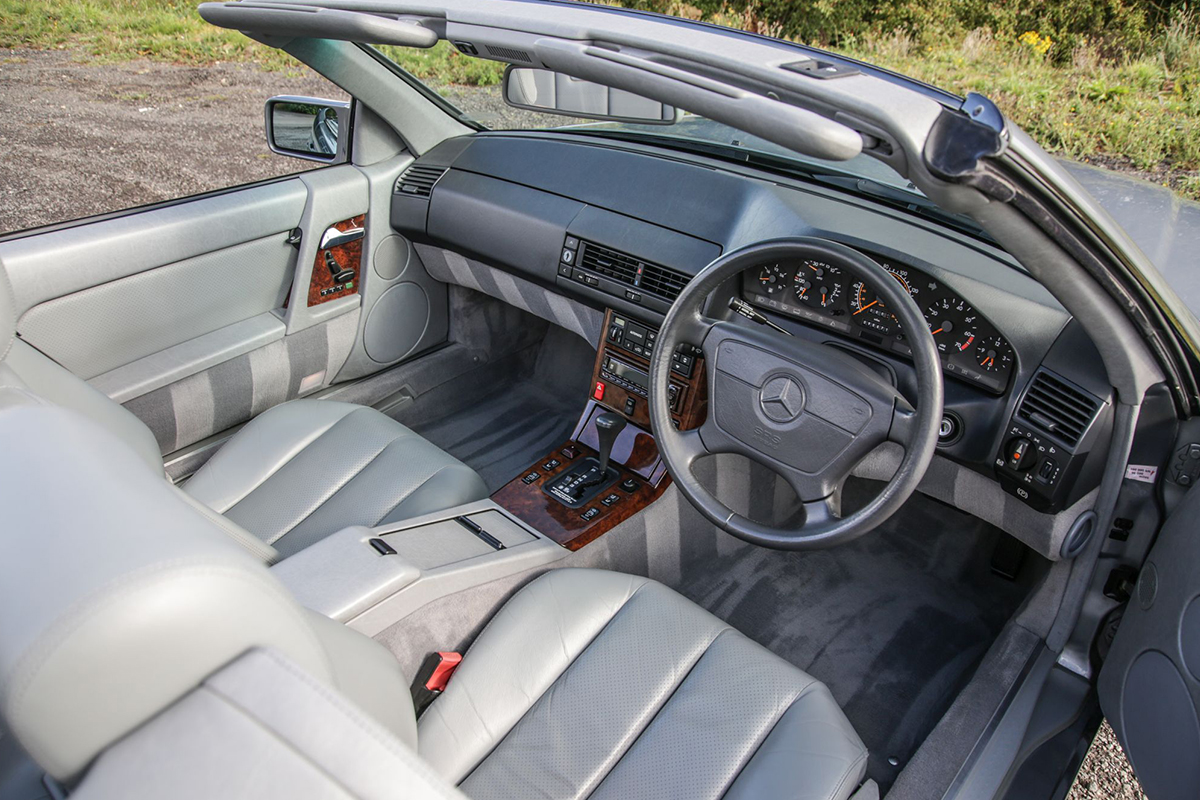 A superbly smart looking 500SL in a desirable colour, an ‘early’ car that looks as good as it drives – beautiful.

The beautiful paintwork on this early R129 is perfectly matched with the grey leather. This very smart and ‘Germanic’ combination suits the elegant shape of the R129, giving it a modern look for the car that heralded the beginning of the electronic generation.

This early SL500 is an exceptional find, complete with full documented Mercedes-Benz history from new. A well organised folder accompanies the car, complete with invoices and receipts that detail three decades of care and attention. 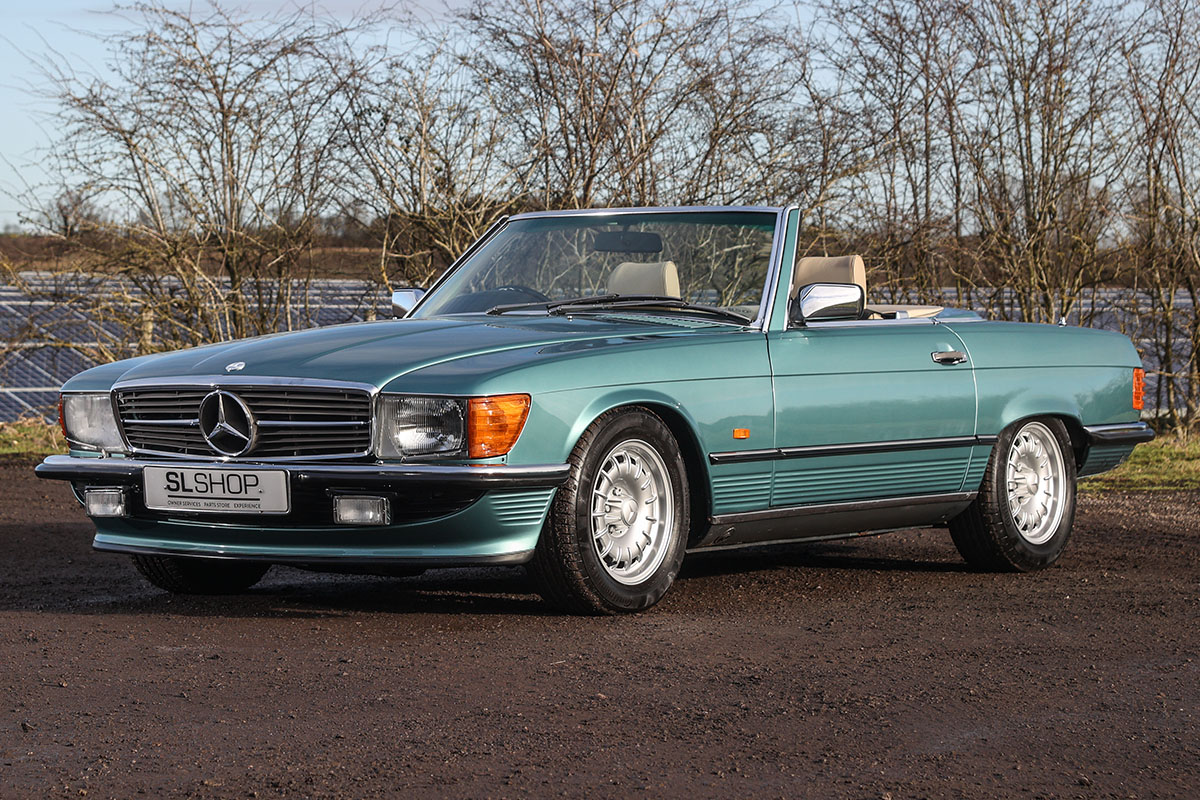