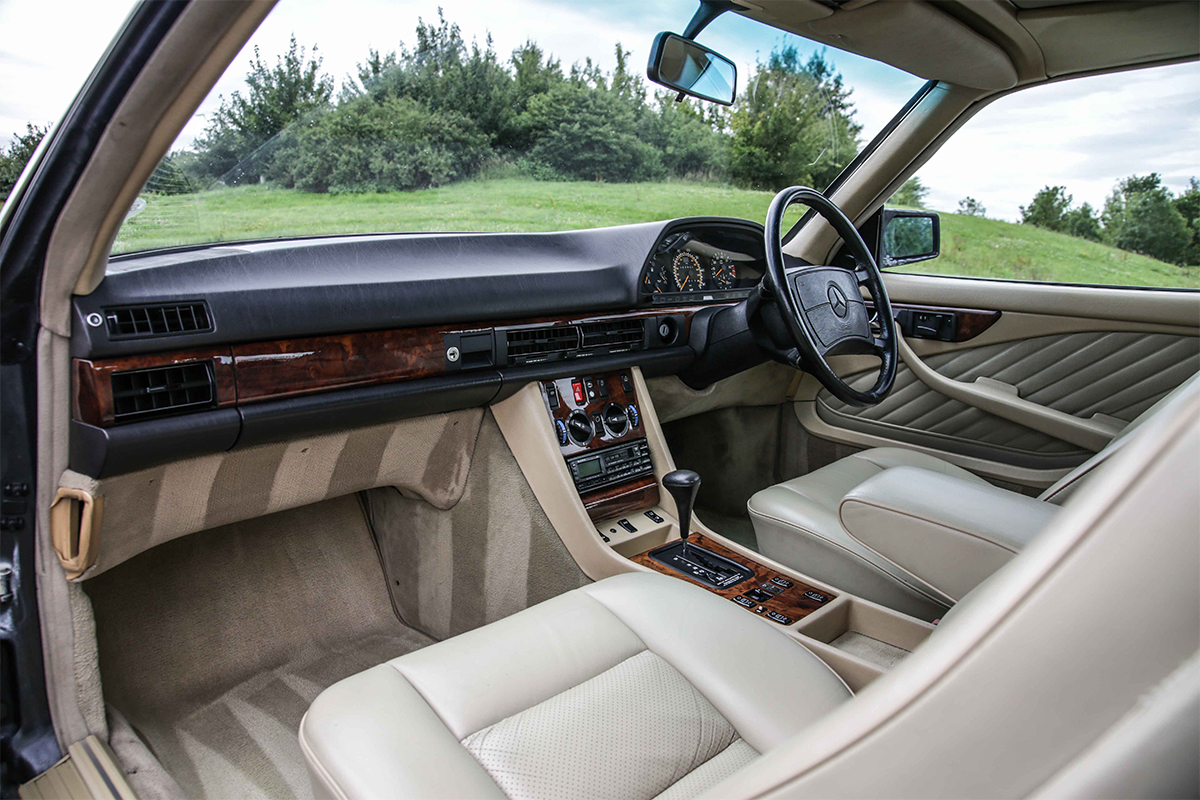 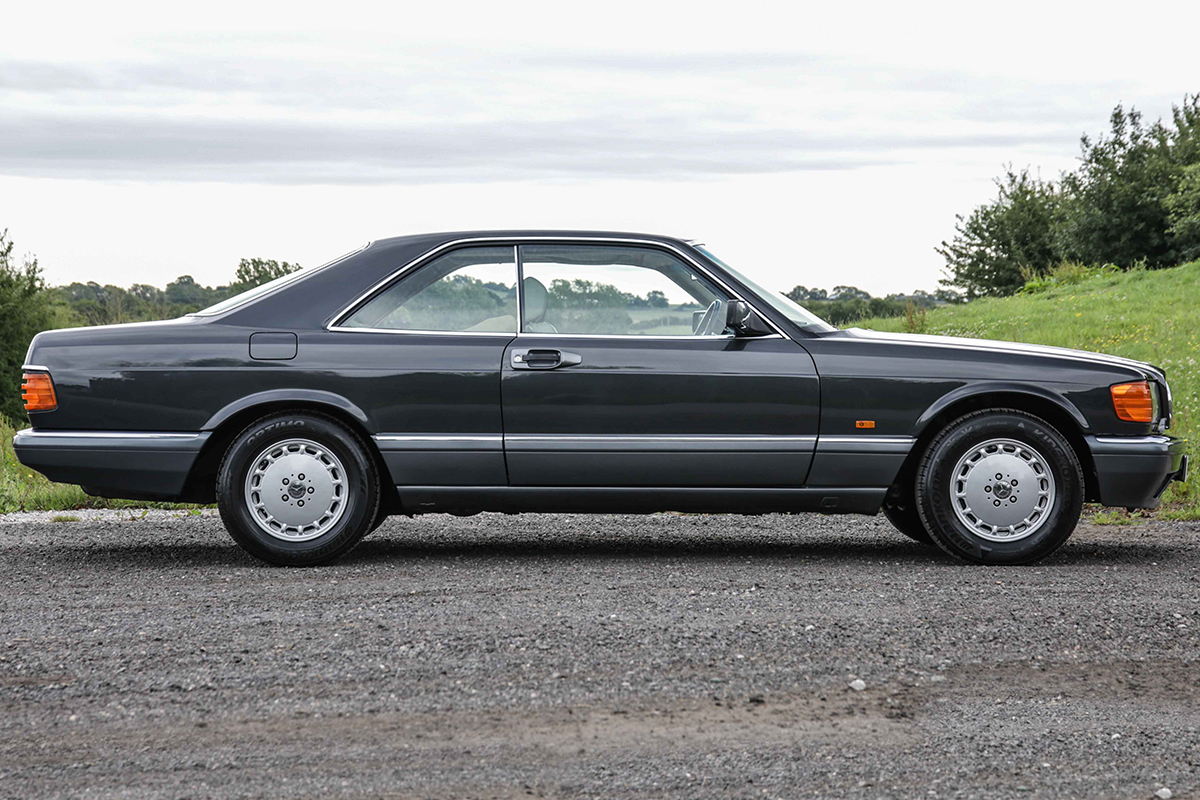 Built from 1989 to 1991, the W126 was the second generation of the S Class – the ultimate large luxury saloon. Sitting at the top of the Mercedes-Benz model hierarchy, this was the S Class was (and has been since) the absolute pinnacle of fine motoring.

As a luxury automobile, the W126 introduced a world of firsts for Mercedes-Benz. This S Class was the first Mercedes-Benz to use power seats, and the first to have an option of a factory fitted theft deterrent system. This included a neat feature whereby turning the key in a particular way bolts the doors to make them difficult to pry open, with a secondary option of the same feature for the boot – Mercedes-Benz knew their clientele and target market well indeed!

If the W126 S Class was the peak of automotive experience in it’s day, then the 560 SEC Coupe was the fluttering flag sitting proudly atop the peak. With a price before options* of £63,200, the 560SEC was one of the most expensive motorcars one could buy. For a little context, a Lotus Excel in the same year had a recommended retail price of £27,800, whilst the more exotic Ferrari Testarossa had a window sticker showing £62,666.

Adjusted for inflation, an equivalent figure in today’s money would translate as £166,713 – this was a highly exclusive car.

Naturally for a car at the very top of the Mercedes-Benz model tree, the 560SEC arrived ‘fully loaded’ from the factory, but there were still some additional choices to be specified by customers when ordering new. The car we see here benefits from Acceleration Skid Control (£1198 list price) and a driver Airbag (£1227 list price) giving a total price with options of £64,427.15, or £169,950.19 in today’s money.

The 5.6 litre naturally aspirated V8 engine is perfectly suited to the big coupe, offering impressive performance despite the not insignificant size and weight of the vehicle. These engines were incredibly reliable, capable of covering astronomical distances when diligently maintained. We have seen cars with this engine reach well over 200,000 miles without major issues, the under stressed nature of the lazy V8 helping these cars to really last forever.

As with most classic Mercedes-Benz cars, it’s not the engine that causes the car to fall into disrepair. Rust, rot and interior wear and tear are the usual hallmarks of a W126, which makes the example shown here really stand out. It is a superb survivor in fantastic condition inside and out.

First registered in London on June 29th 1990, this car has been in constant use for three decades, carefully maintained and always cherished. It is accompanied by an impressive array of paperwork, including the original manufacturer book pack and service manuals.

It is rare to find a 560SEC in such good original order, the fact that this car has a demonstrable history of regular use provides an opportunity for a new custodian to continue to use and adore this fine luxury coupe.

They don’t make them like they used to… Climb aboard this 560SEC and you’ll immediately fall in love. This is one fantastic motorcar, a relic of a time now forgotten, a time before easy finance and hire purchase, a time when a Mercedes-Benz was reassuringly expensive… after all, this car cost more than a Ferrari Testarossa.

Perfect for touring the continent in style and great comfort.