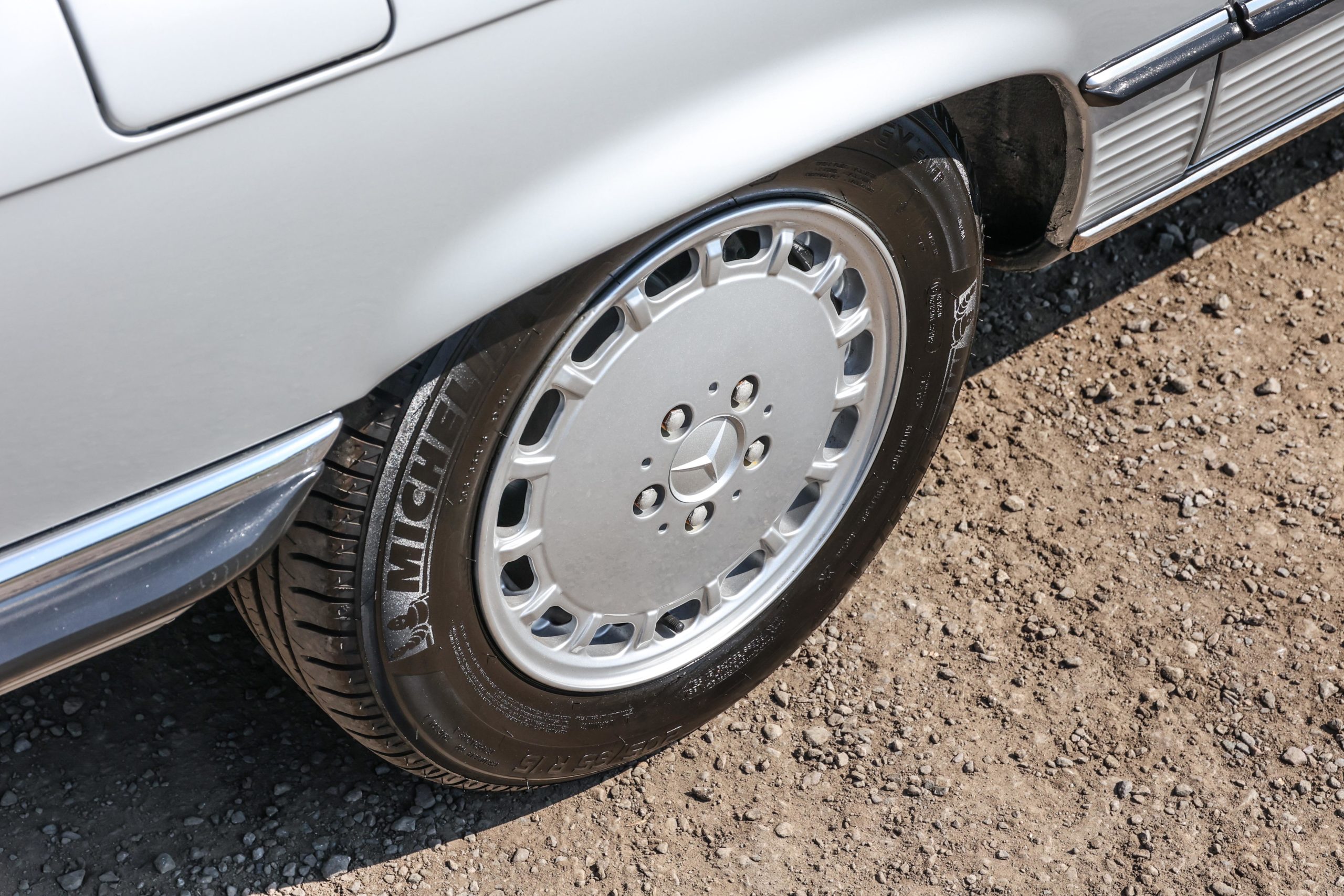 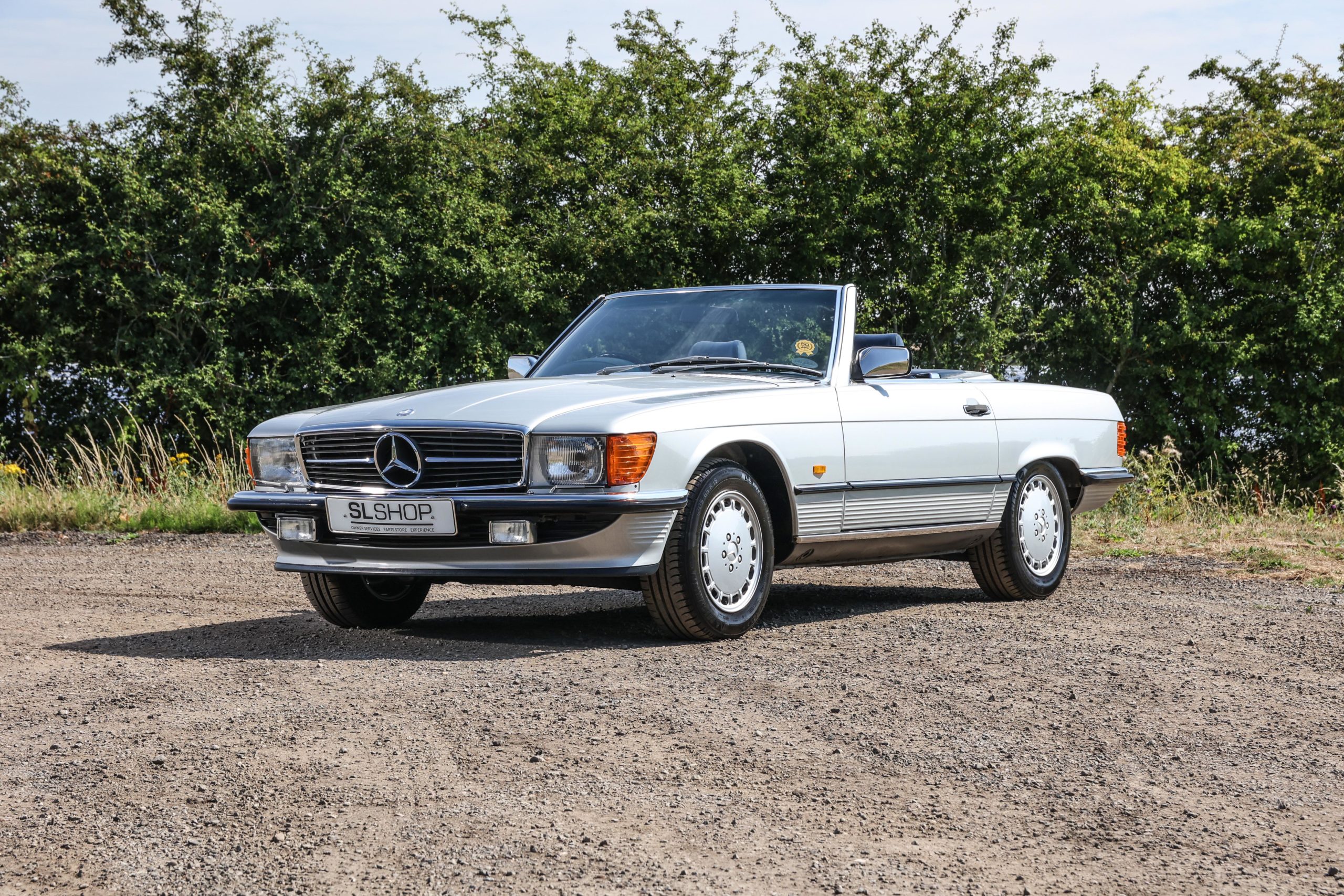 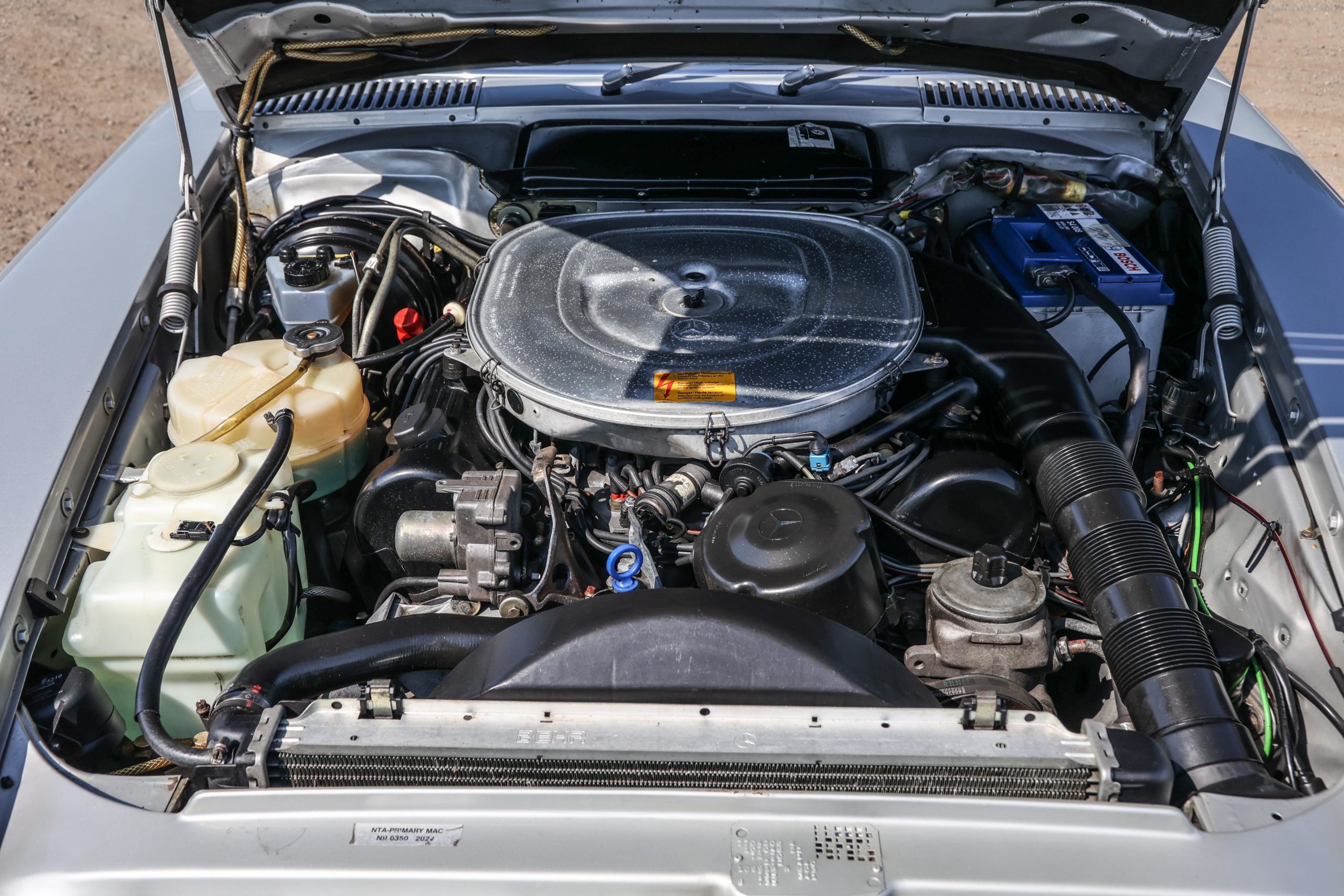 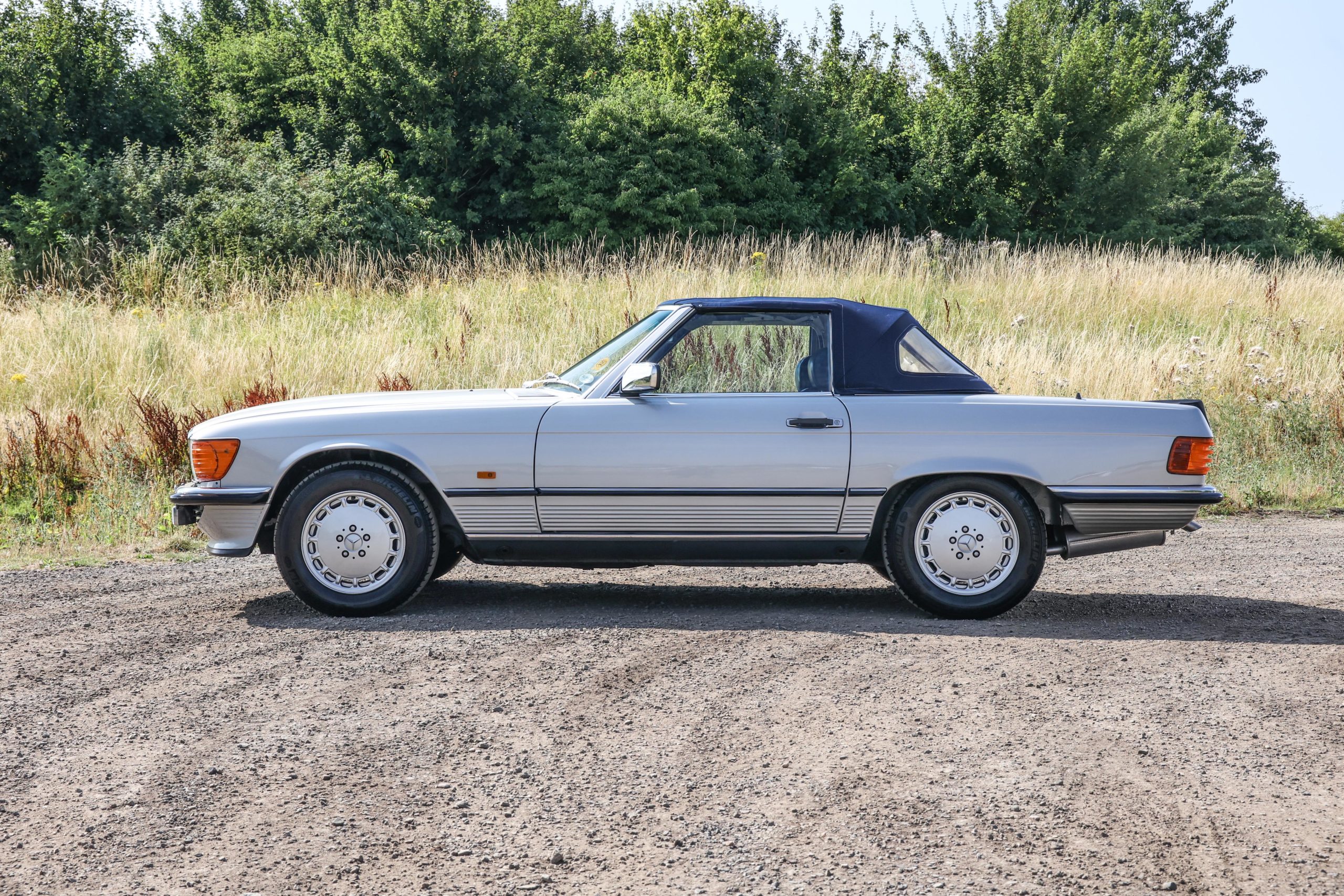 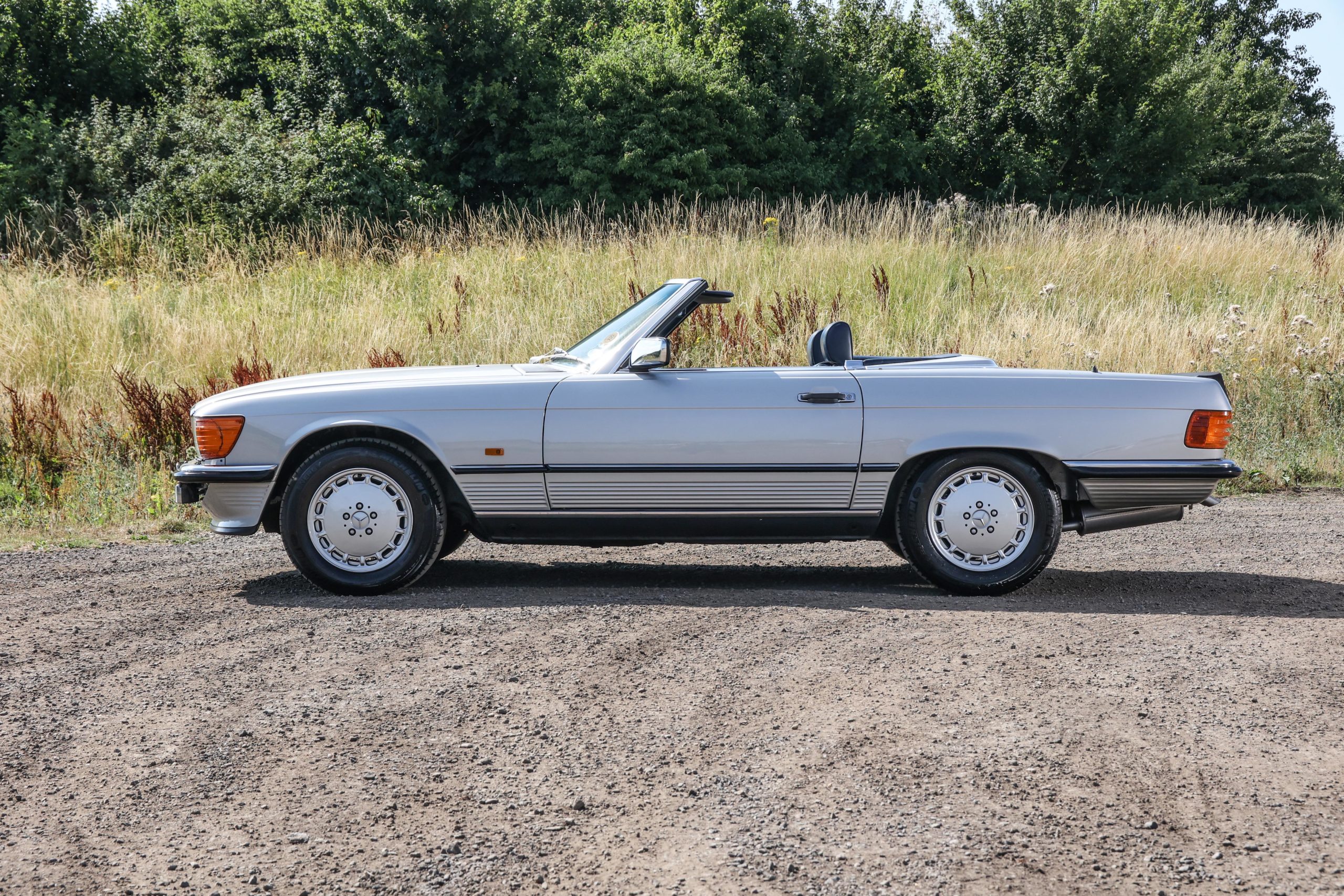 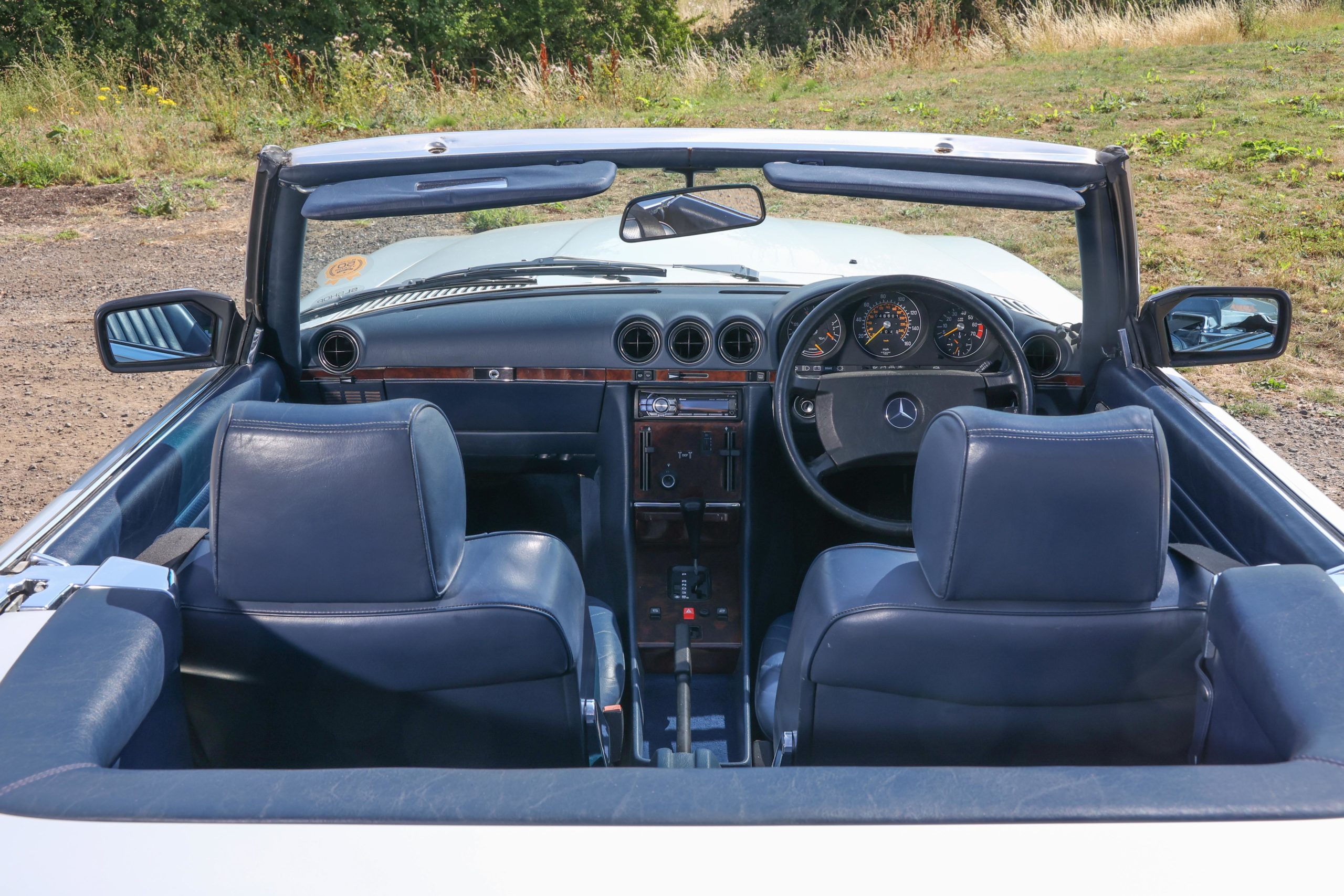 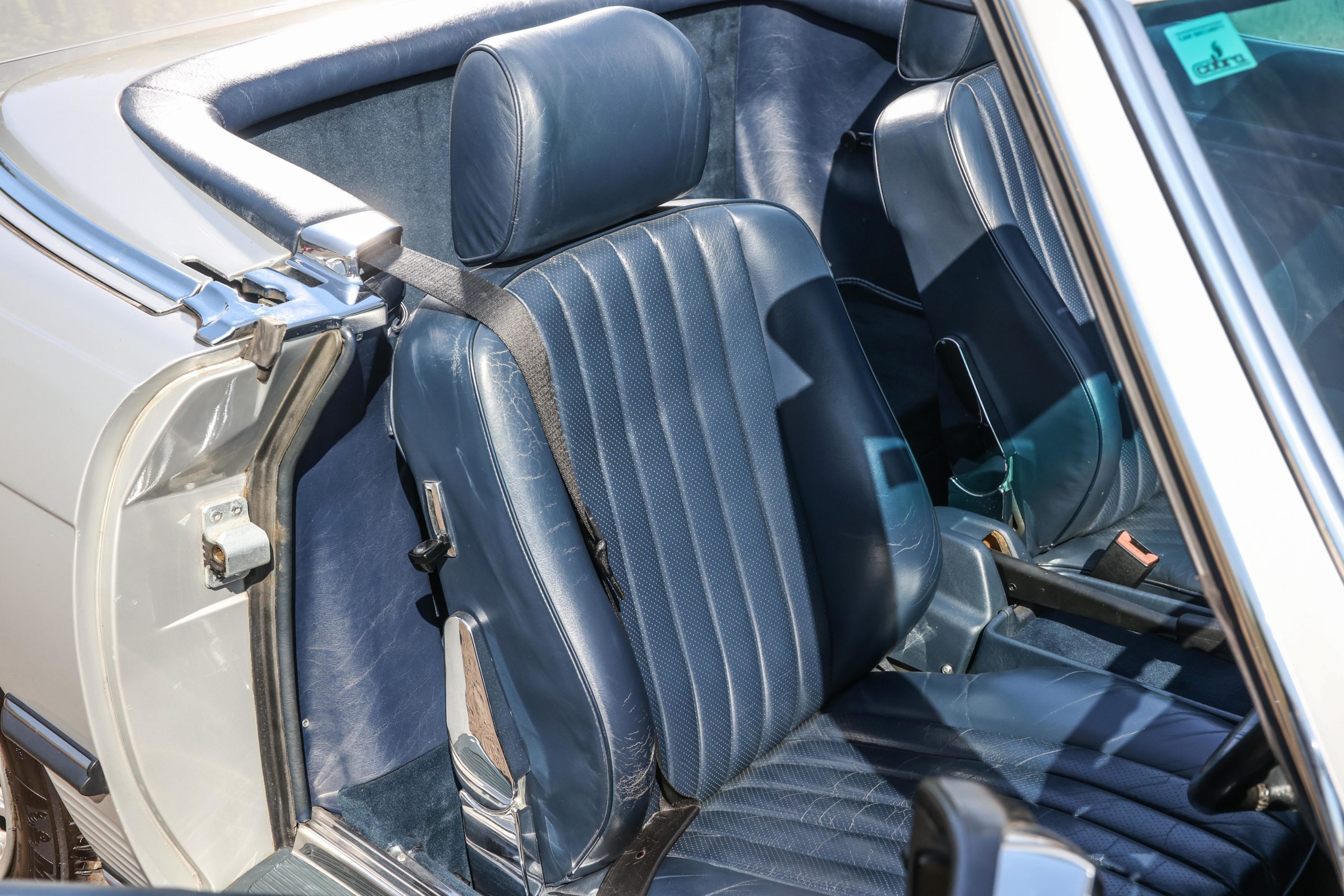 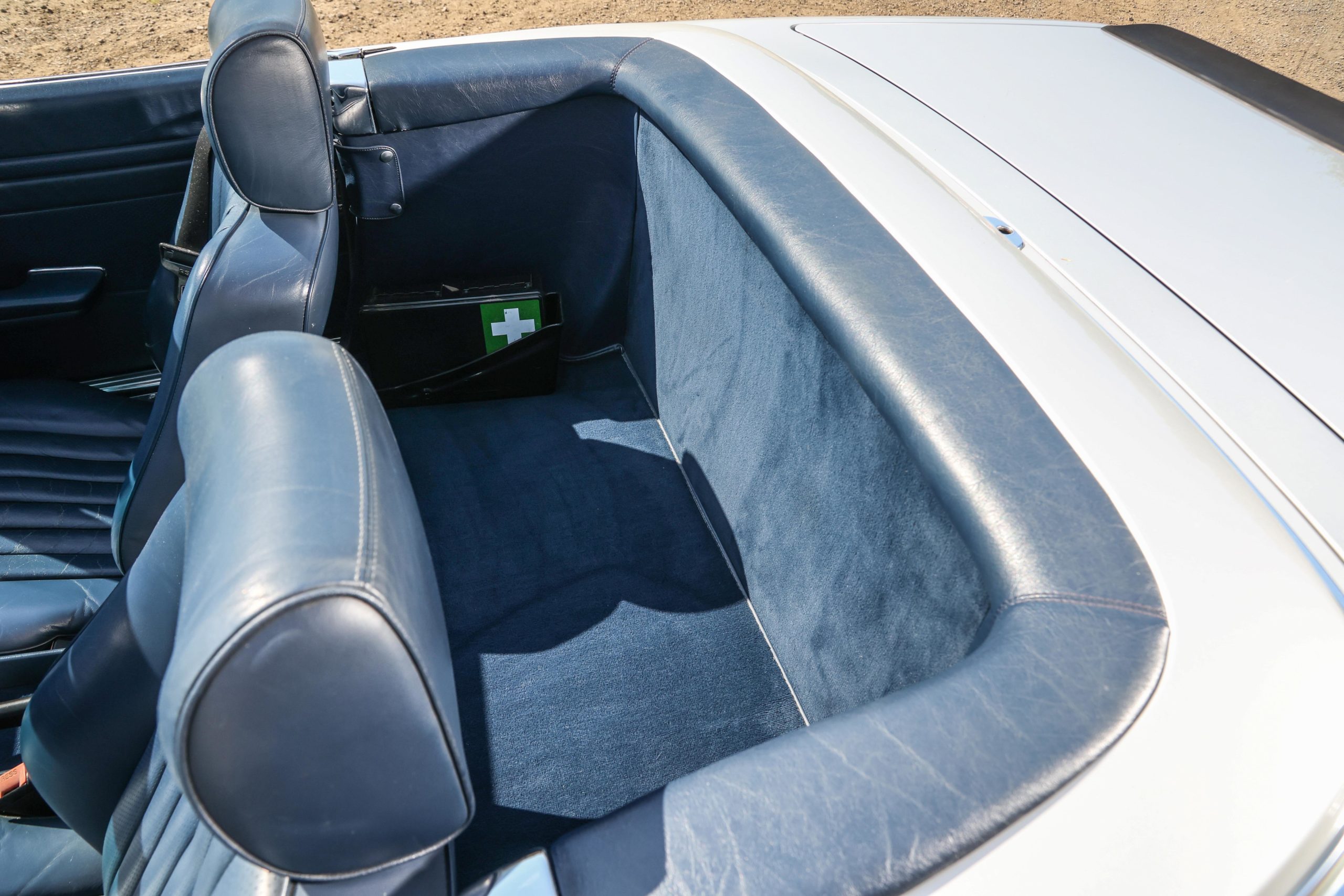 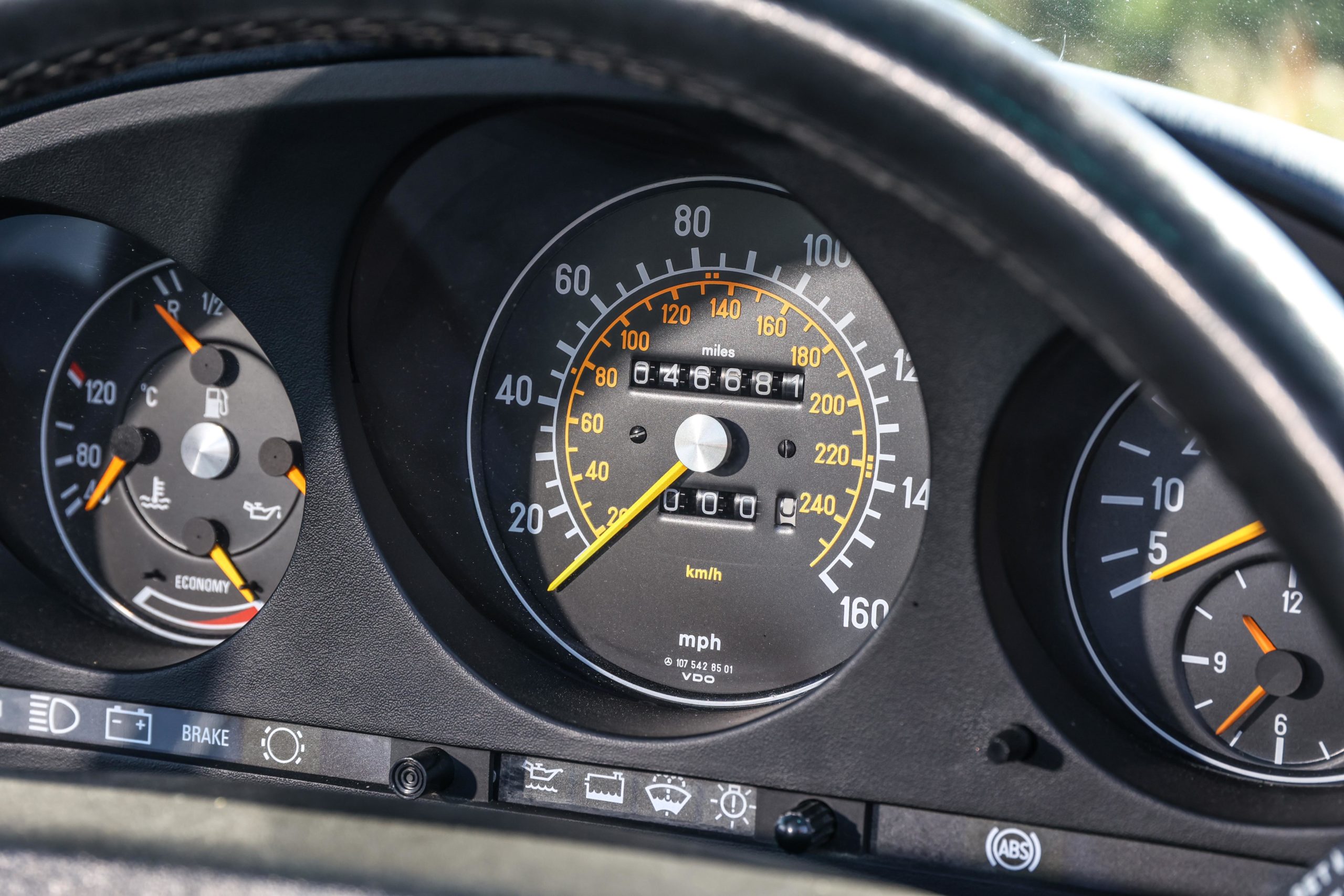 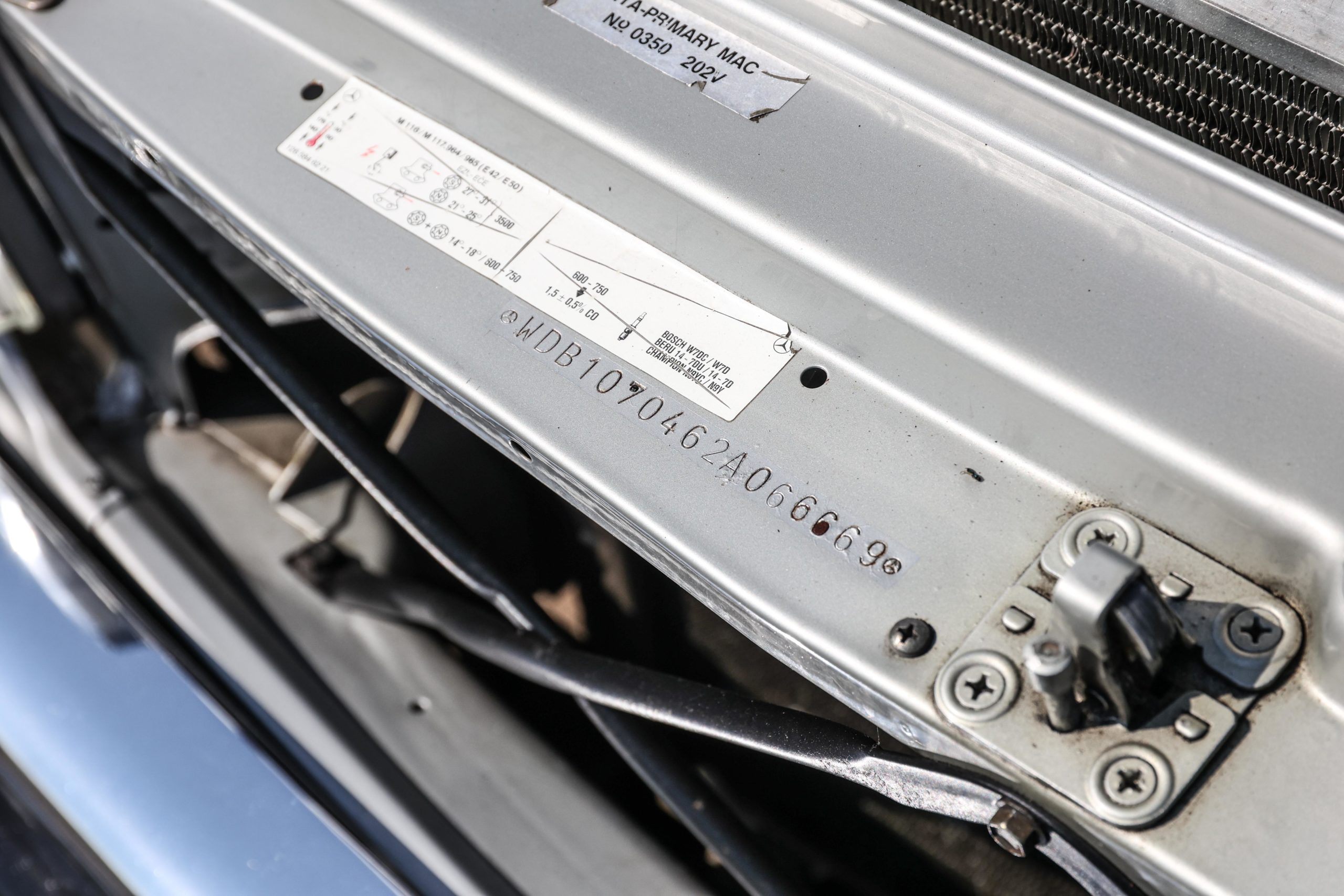 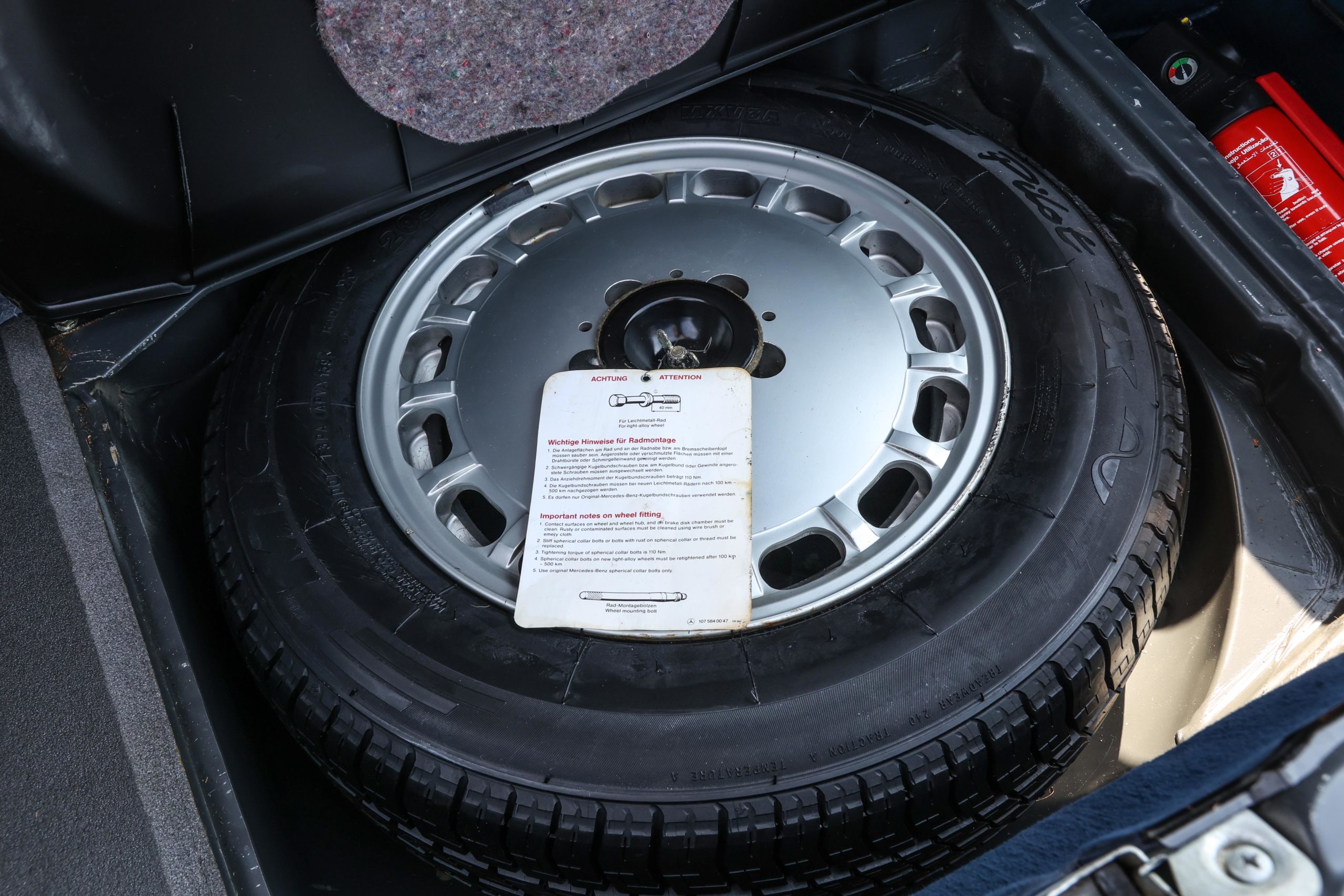 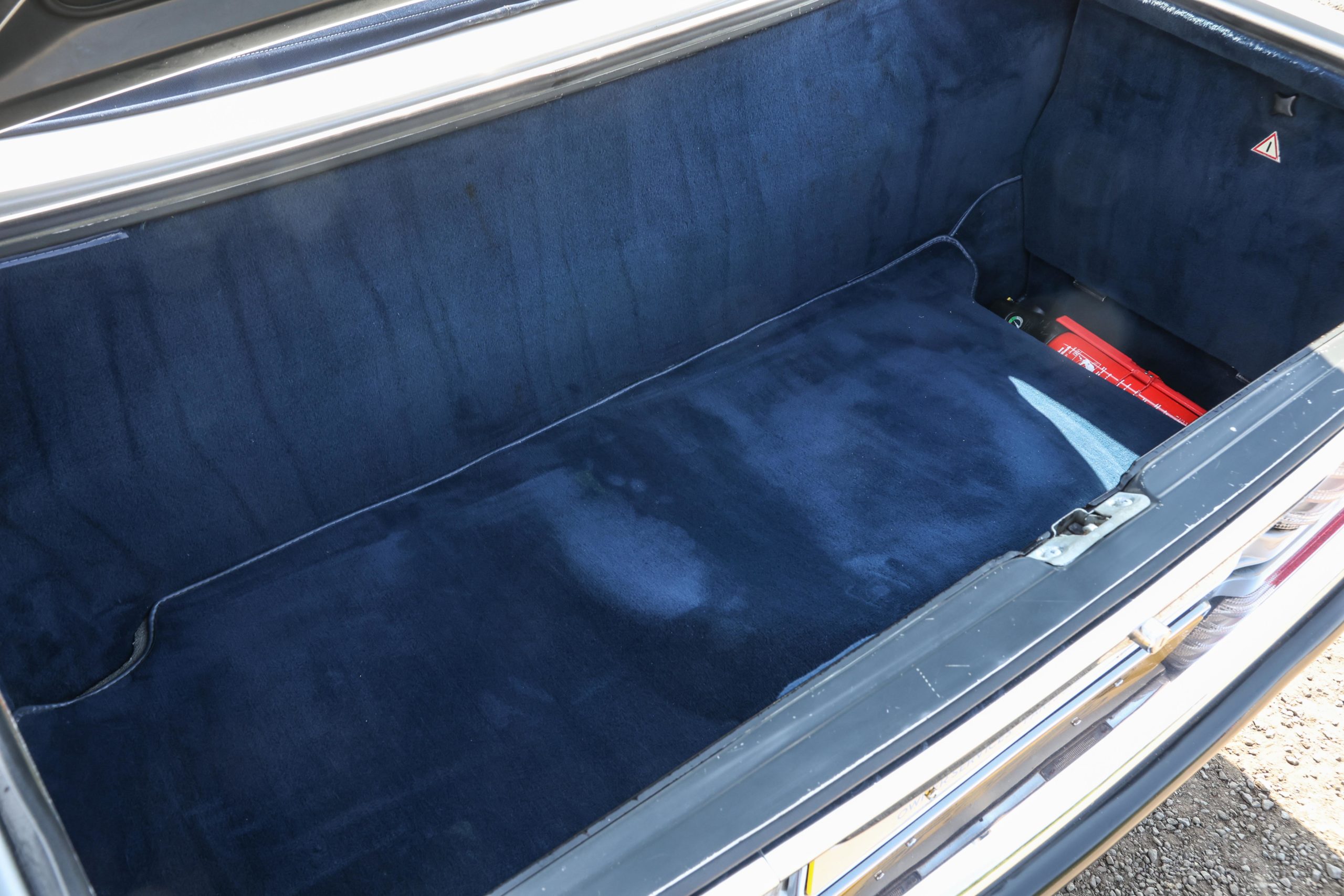 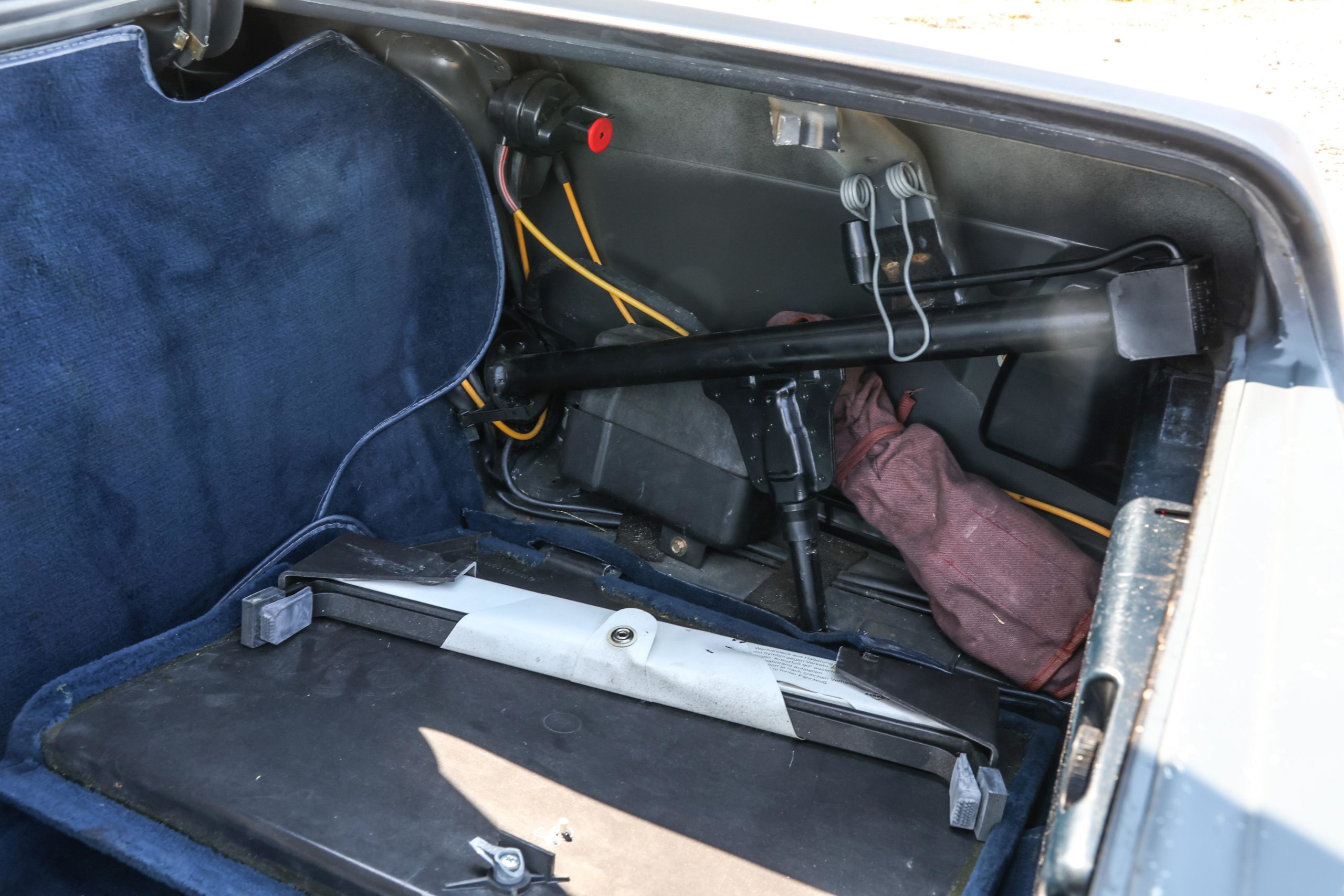 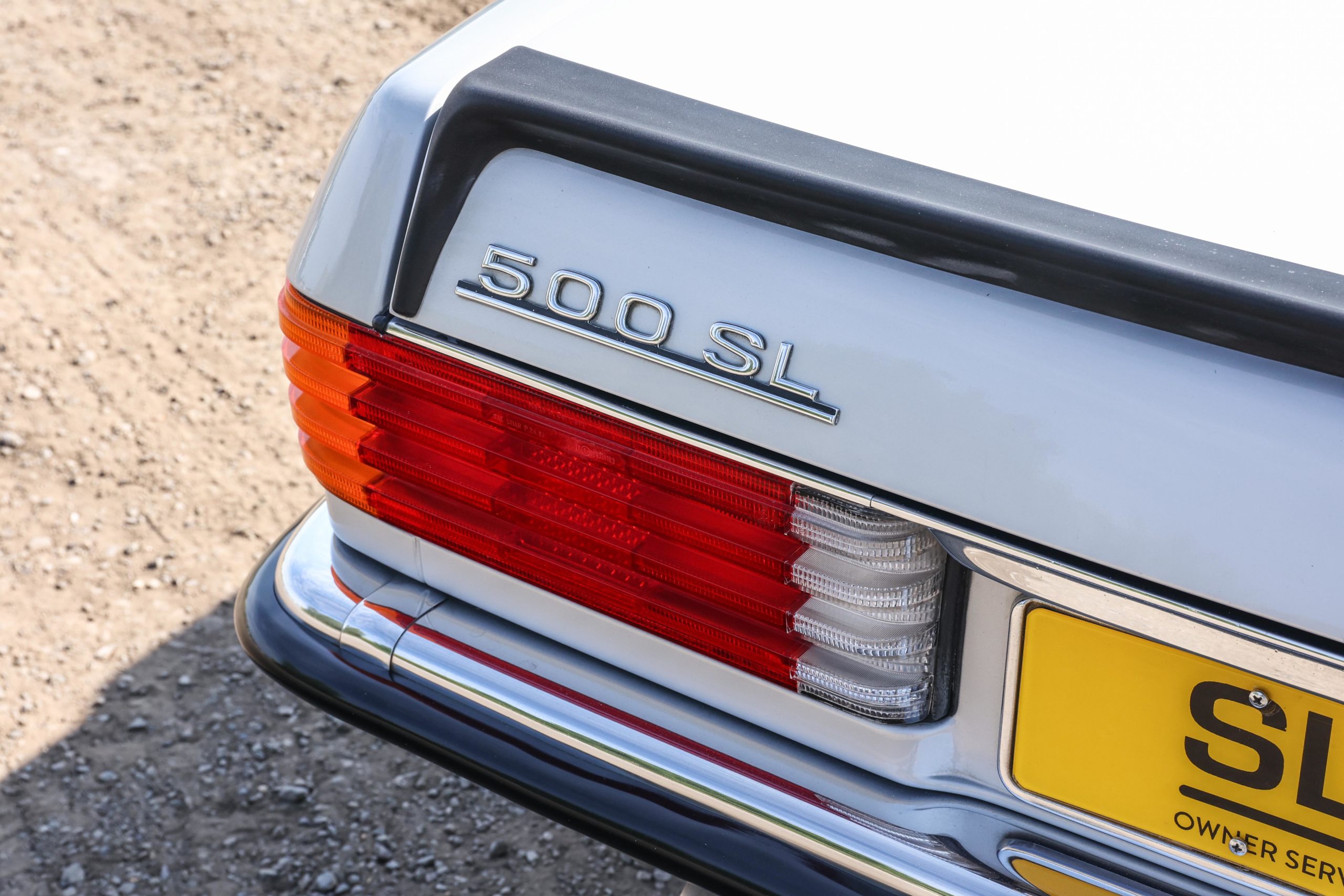 ‘’With throttle floored the meaty 500 squats hard on its rear suspension, leaving several yards of burnt rubber in its wake and shoving you up the road with a silky thrust that keeps on coming.’’

A low mileage R107 500 SL is becoming harder to acquire in the modern era; especially one that has been featured in one of the largest classic car publications in the world. Not to mention, one with a ten-year history of care by SLSHOP.

The 500 SL is, in many people’s eyes, the crème de la crème of classic convertible sports cars. With its capable and brutish delivery of power, raucous exhaust notes and contrastingly poised personality, the 500 SL is the one that everyone wants. With an abundance of standard features including Limited Slip Differential, Cruise Control and Headlamp Wash/Wipe, the 500 SL is a fully loaded and usable classic unmatched by anything from the same era.

Interested parties will be excited to find the original vehicle order form dated July 1987, with the total balance of £37,233.90 paid by Mr Irwin Rickards before the vehicle was delivered to him in Cheltenham, Gloucestershire. All the original paperwork clearly shows the decisive choice of Astral Silver (735) with Royal Blue Leather (272) – a timeless combination that certainly suits modern trends. The 500 SL remained in Mr Rickards custody for 23 years, until he finally parted ways with the vehicle in 2010.

During Mr Rickards custody, the vehicle was used sparingly, seeing just under 33,000 miles with him at the wheel. Despite this careful usage, the vehicle was serviced according to a strict routine, with very few gaps in the vehicle’s history. In 2010, the vehicle was sold by SLSHOP to Mr Darbyshire who went on to own the vehicle for two years, before passing it on to Mr Hayward who owned the car until 2019. Both utilised SLSHOP for their annual servicing works. The current owner has enjoyed the car for a limited time only, with the biggest excursion being SLSHOP’s 50th Anniversary event in July 2021 – pictures of the car at Brooklands are included in the folder.

Without the time to enjoy this 500 SL, the current owner would like to pass this beautiful machine on to you, the new owner. With such a comprehensive history file, we would like to invite aspiring owners to SLSHOP to enjoy a coffee while looking through the well-organised documentation.