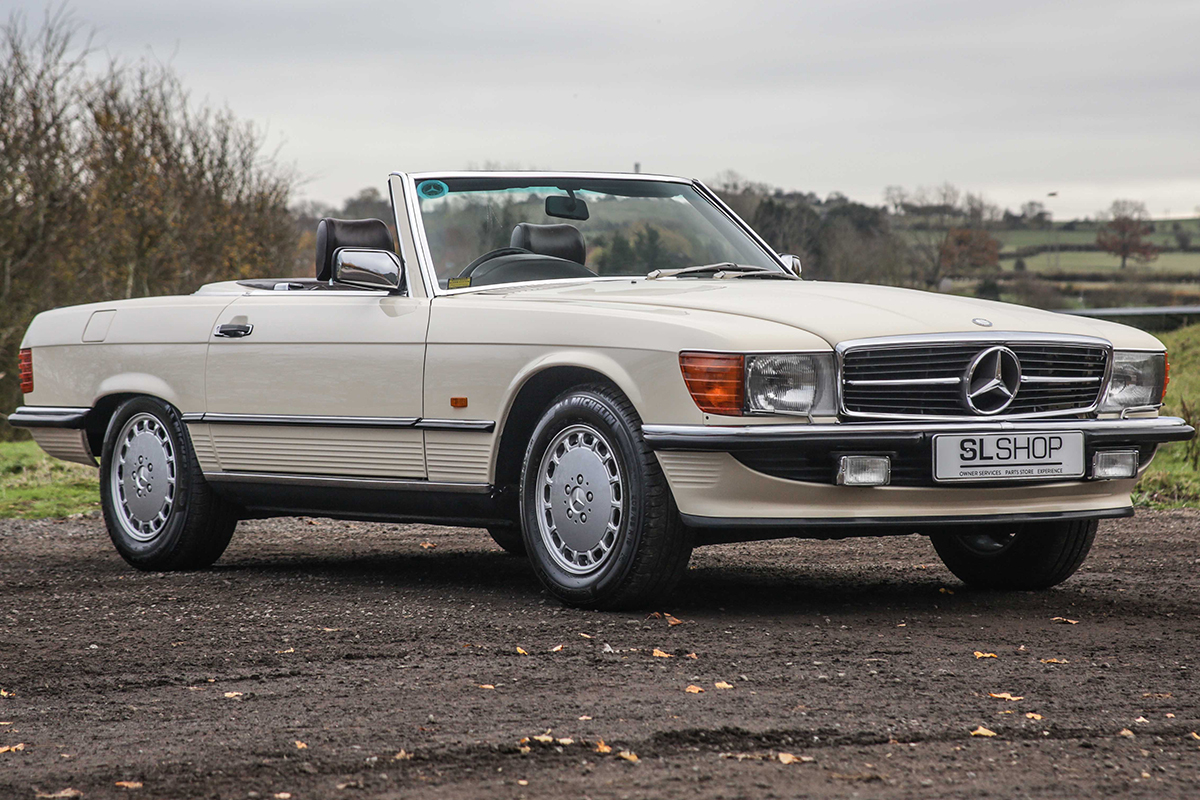 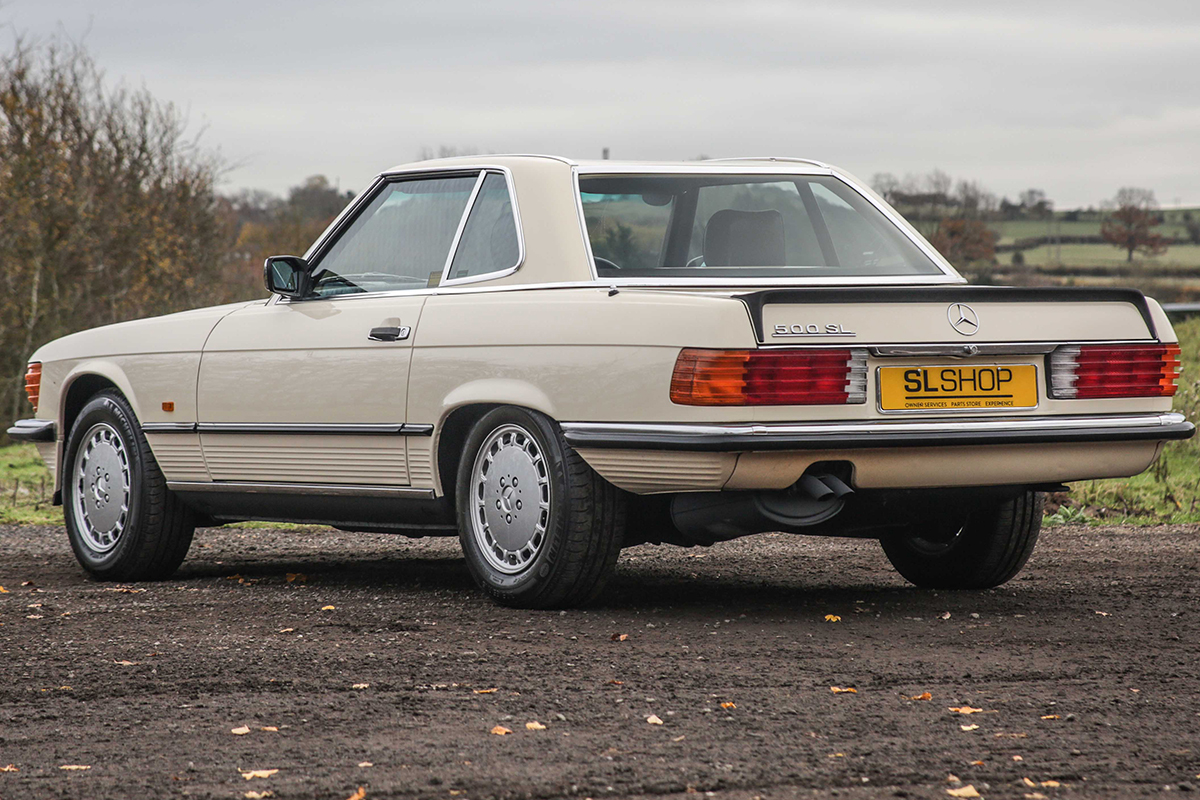 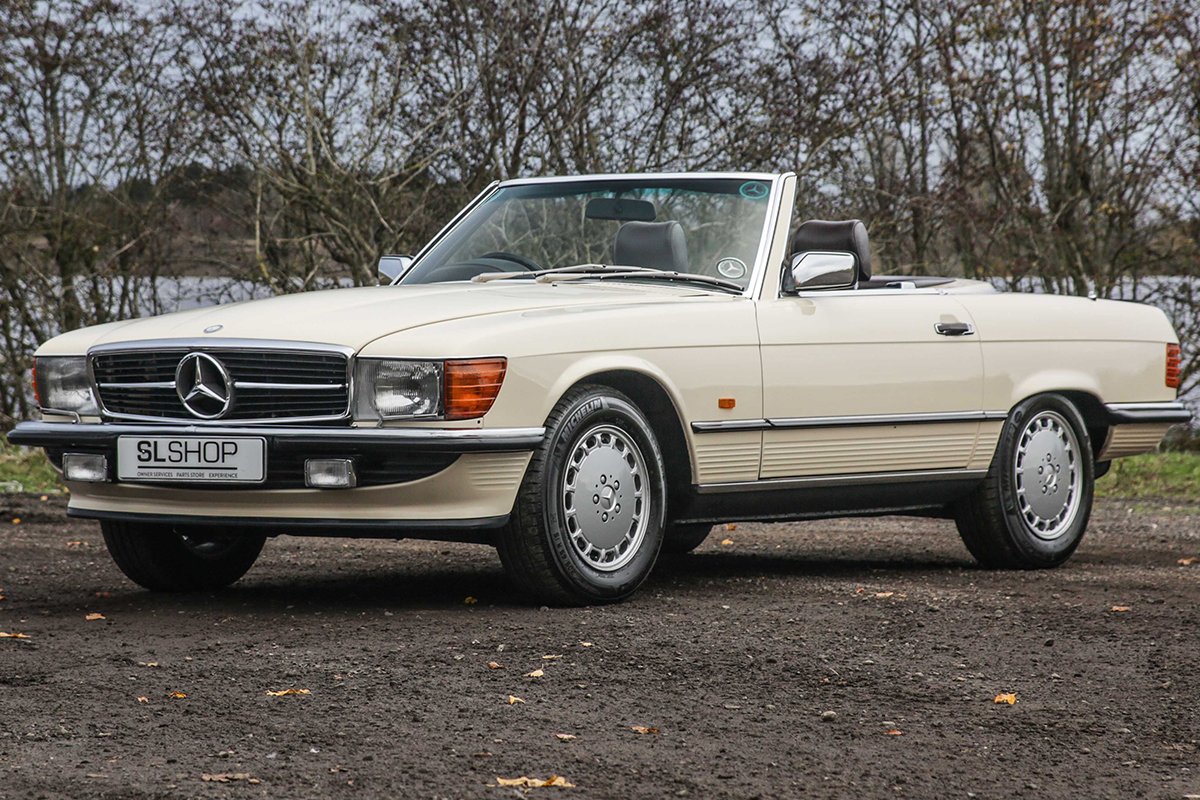 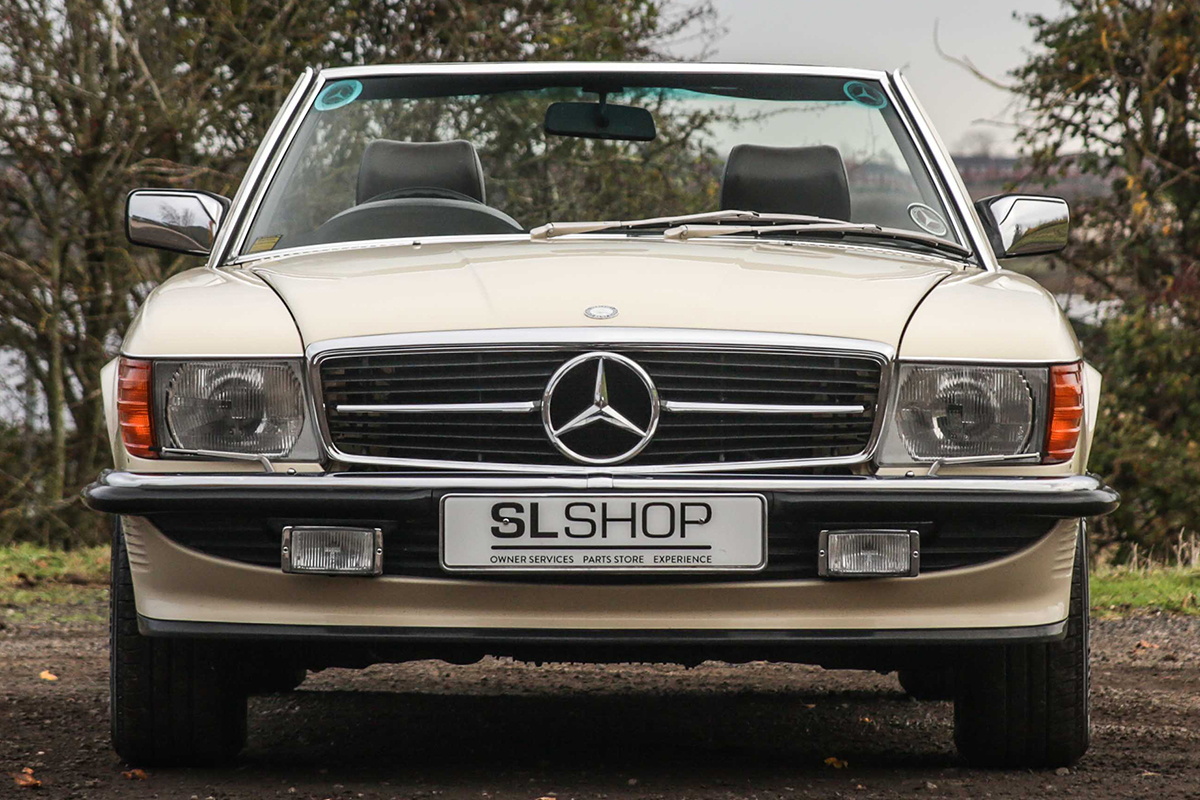 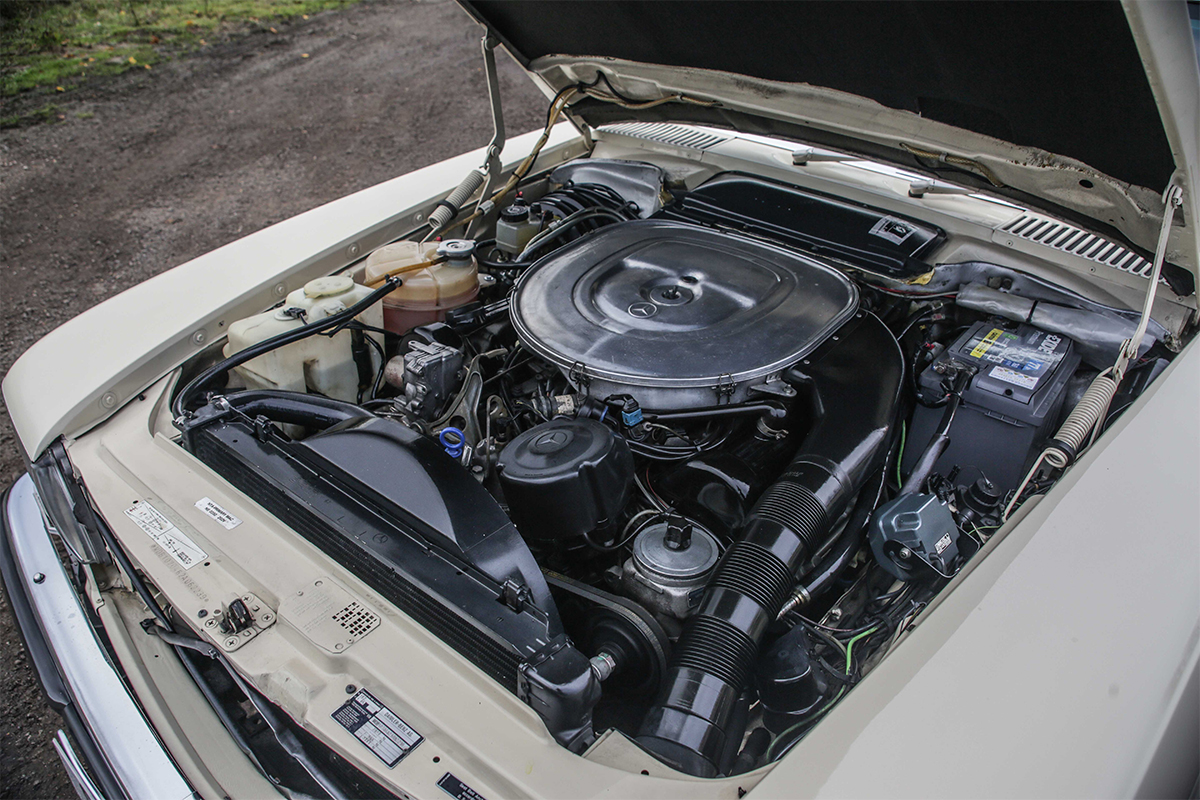 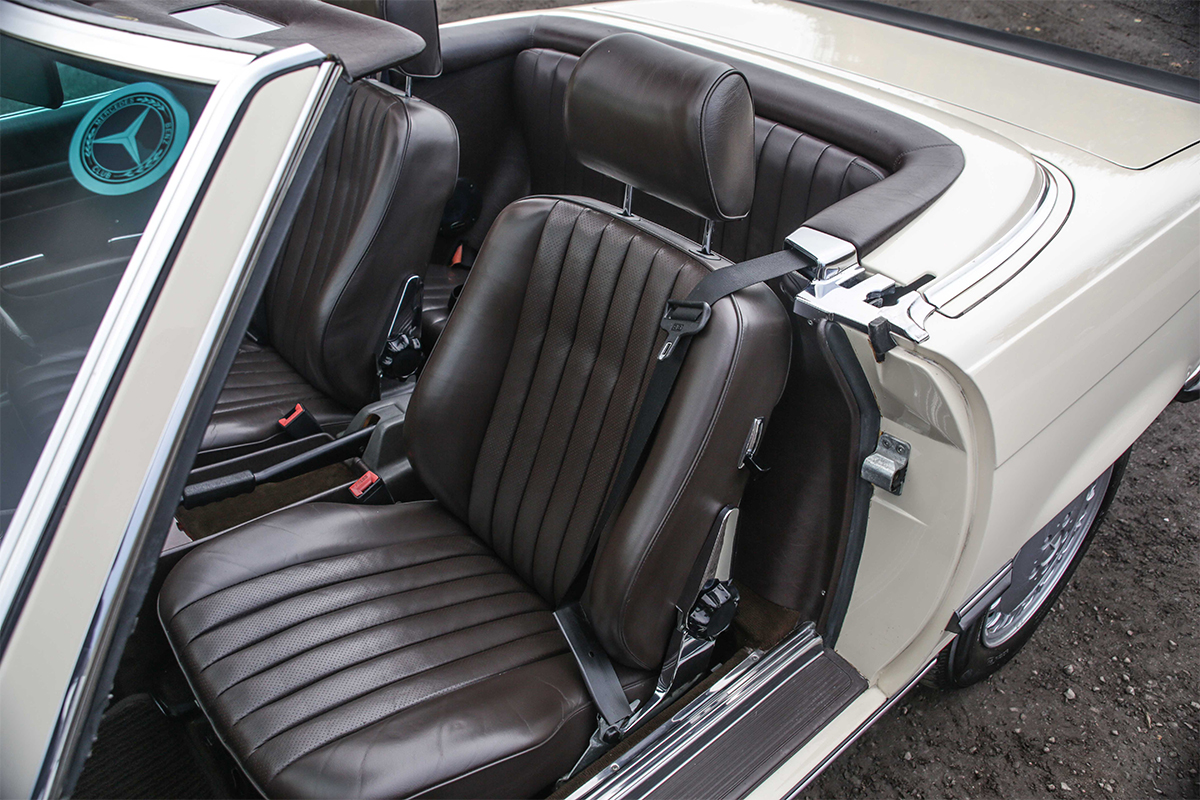 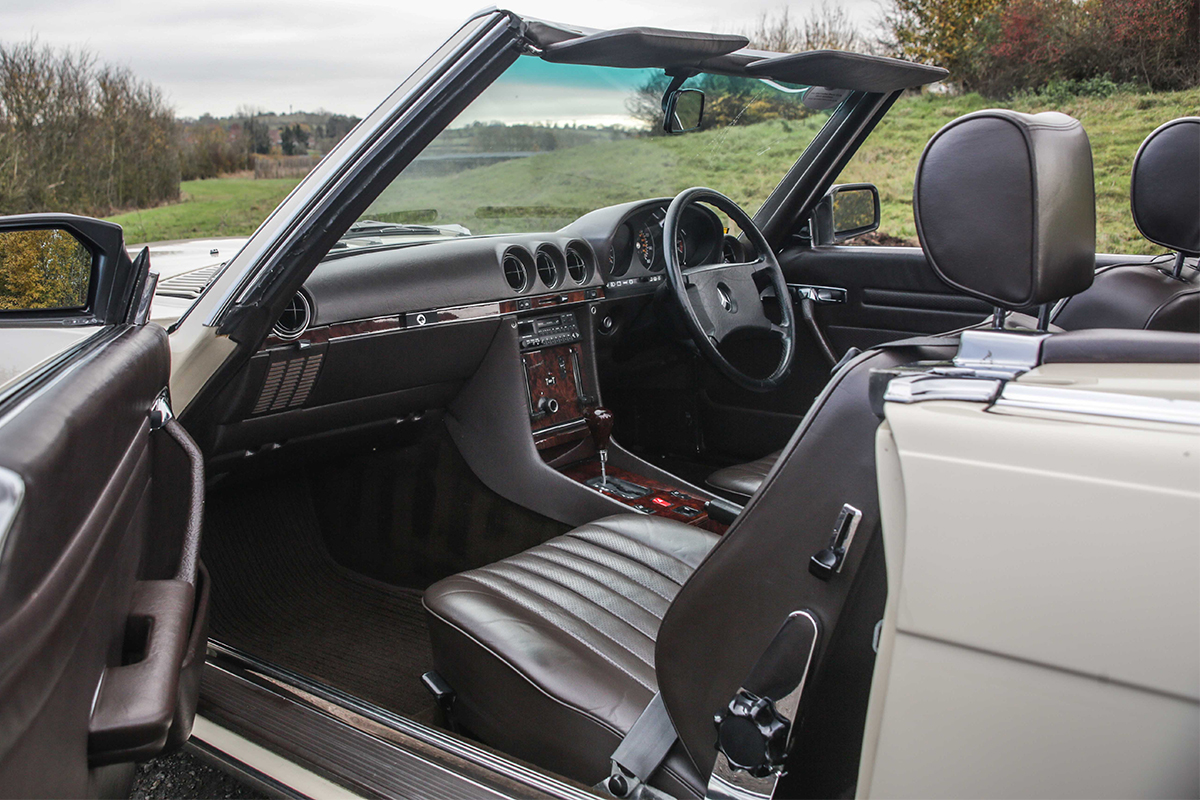 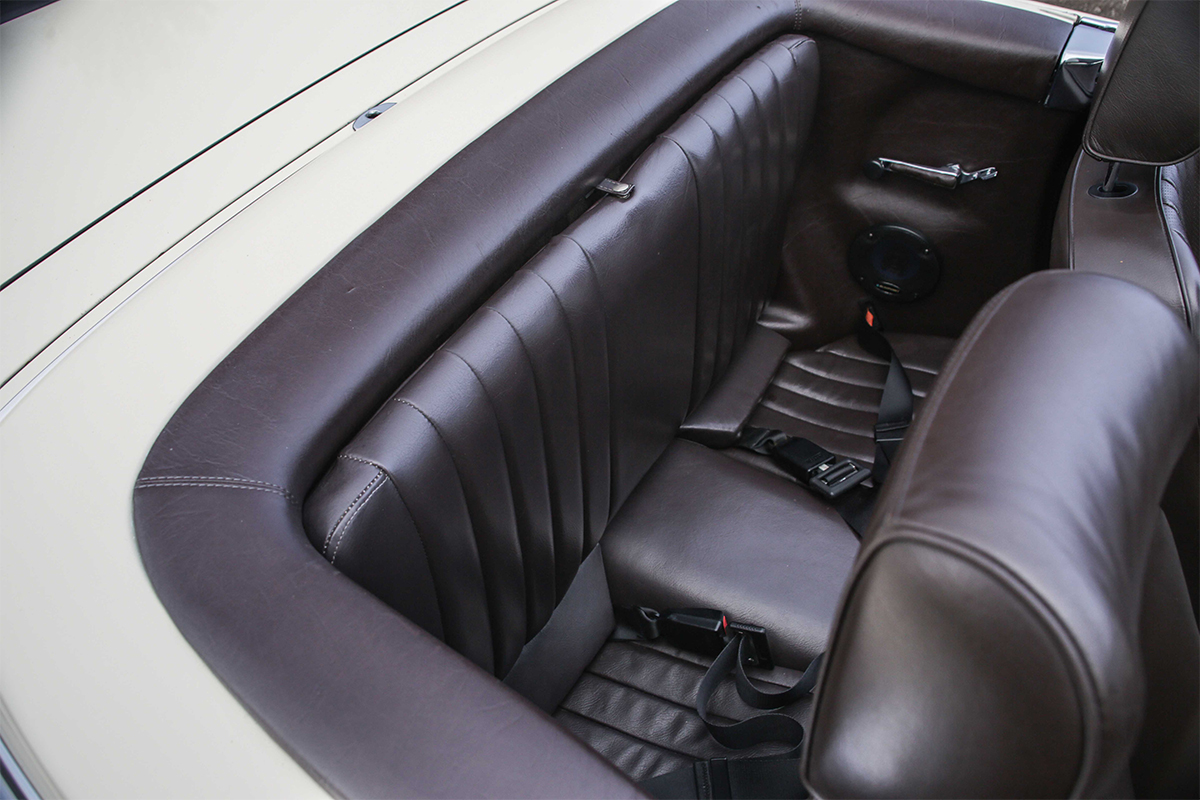 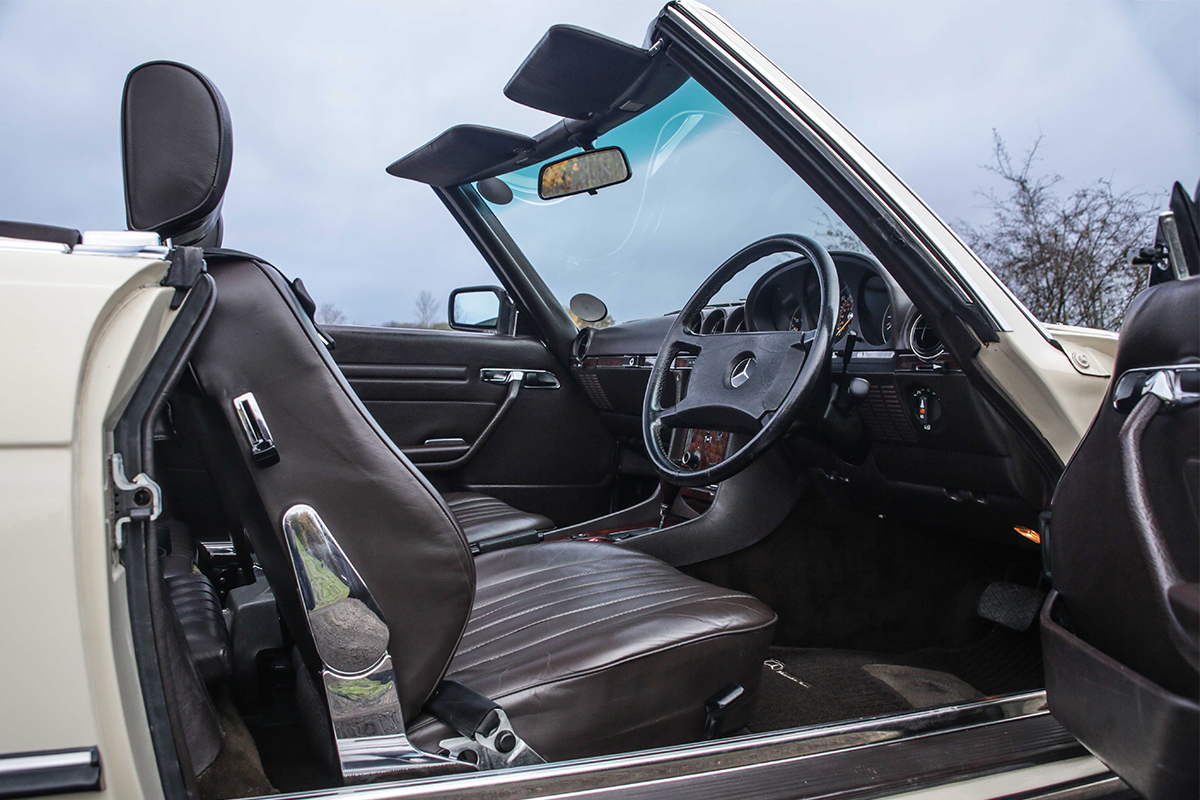 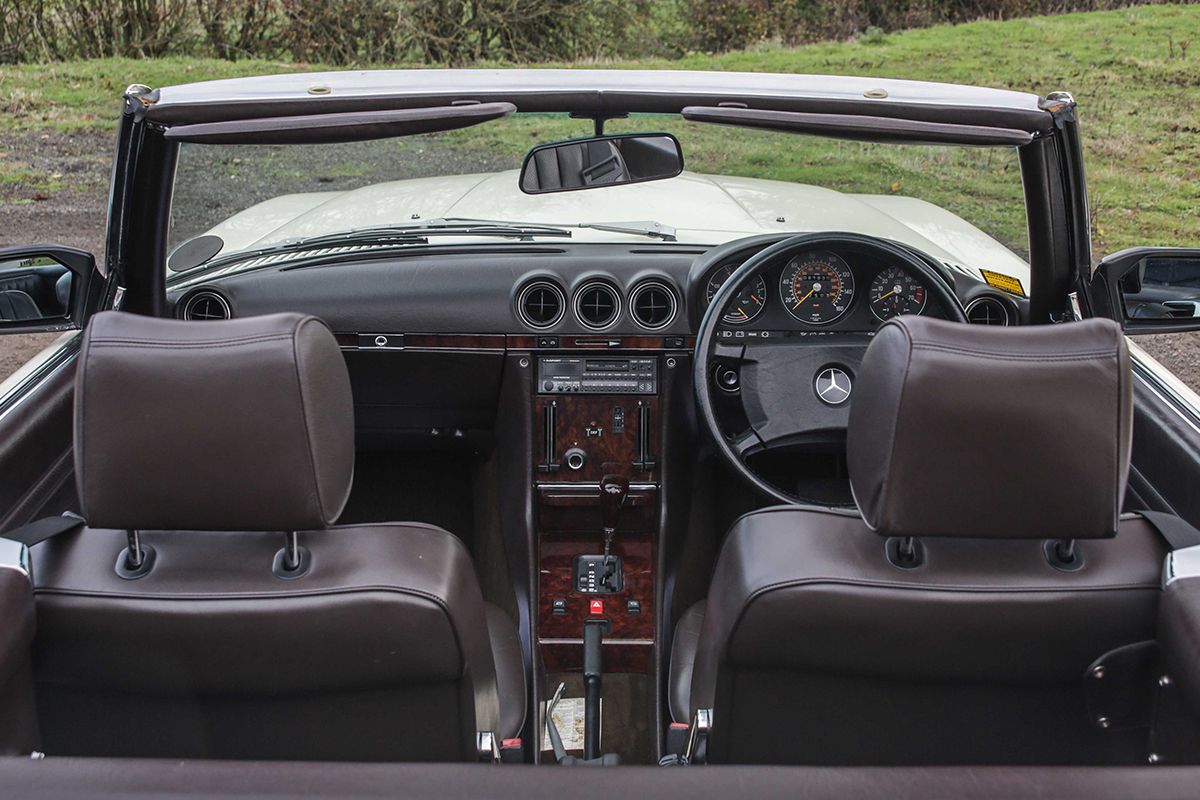 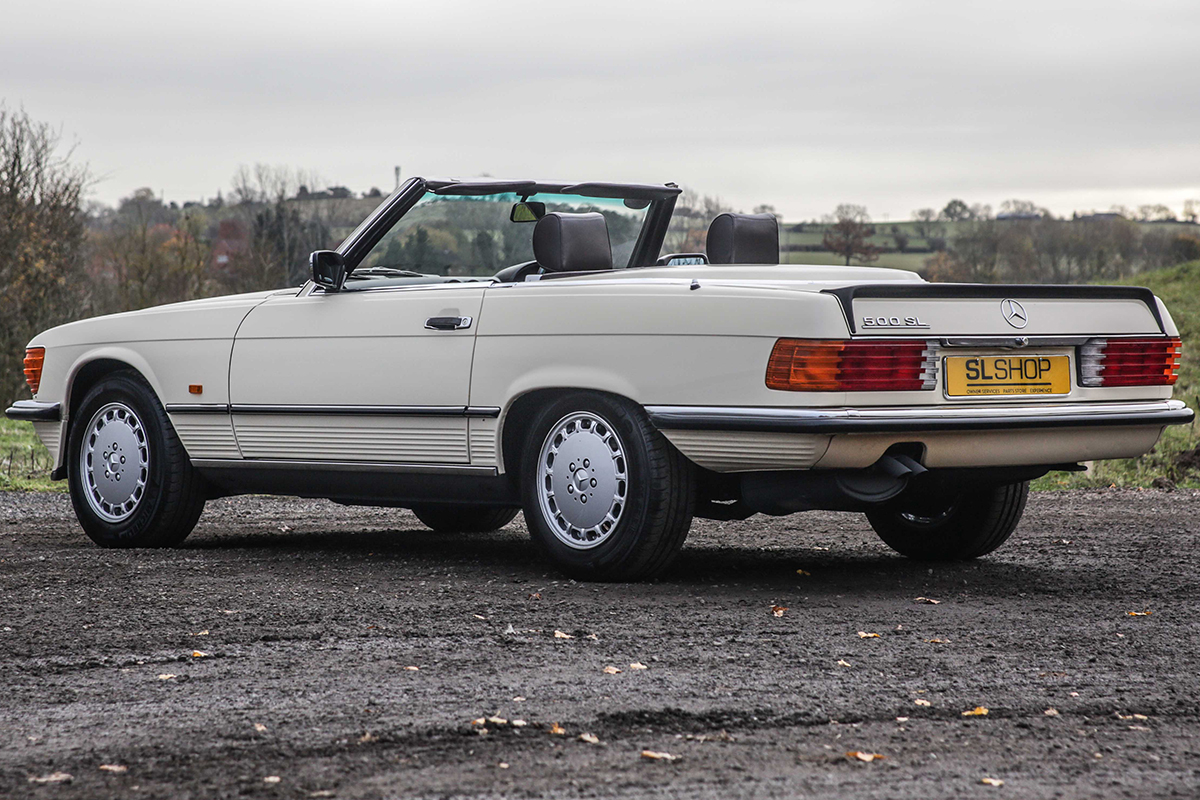 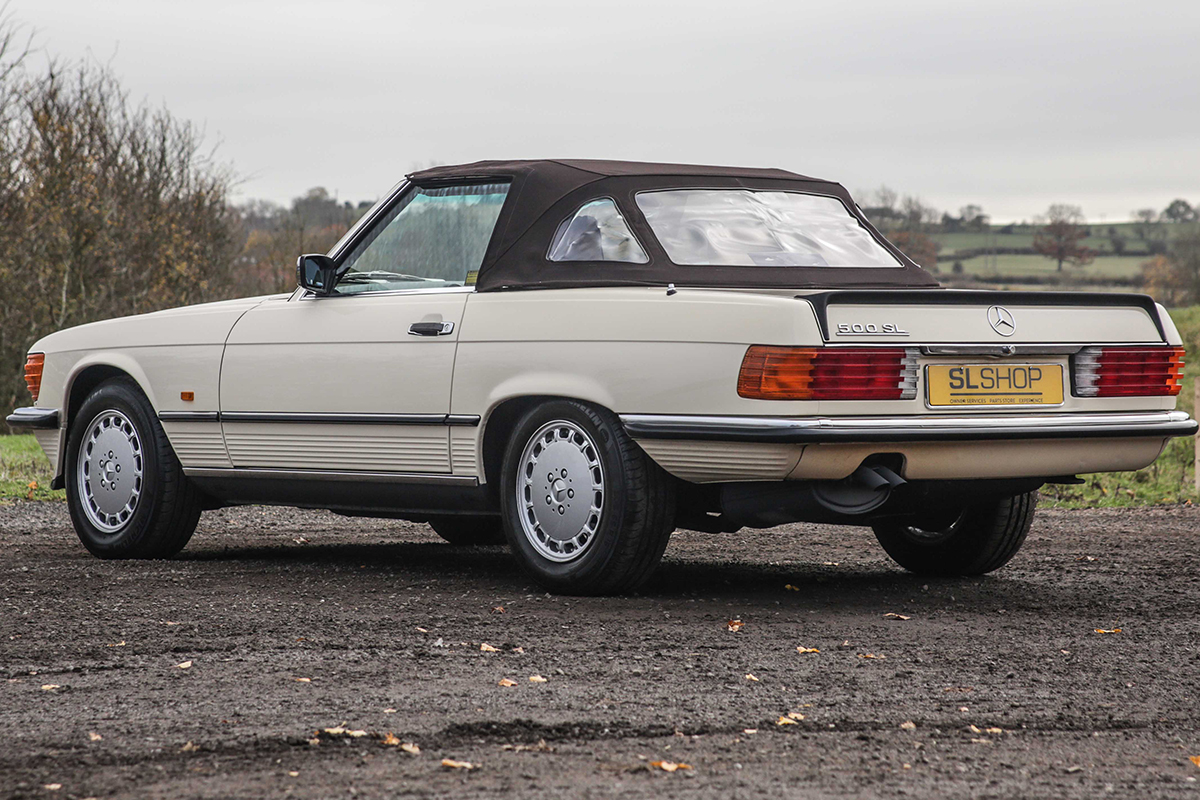 By 1987 the Mercedes-Benz R107 SL was just two years away from being replaced by the R129, the next revolution in the story of the world’s greatest luxurious roadster. Throughout the 18 year production run, the R107 was offered in more than 100 different exterior colours, with the interior options also being comprehensive. As tastes changed through the two-decades since production began, the bold pastel shades of the 1970s gave way to a selection of smart looking metallic and matt colours, reflecting the changing trends as world moved into the 1980s. Gone were the yellows, browns, oranges and greens, replaced by the colours we still recognise in modern brochers today – the likes of Blue Black Metallic (from 1984) and Nautical Blue Metallic (from 1984) and Impala Brown Metallic (from 1984) heralded the onset of the flash new world that the late 1980s would bring.

As the colour palette progressed, there were certain shades that would remain timeless, lasting the full length of production from 1971 to 1989. These colours were always popular, available to choose on the earliest 350SL to the very last 500SL. Light Ivory is one of those shades.

As we write in 2021 the concept of walking into a Mercedes-Benz dealership and ordering any car in Ivory might seem alien, but this wasn’t always the case. This gradual move to more modern colours is shown in the marketplace in the simple fact that we have seen a great many more pre-1986 cars in Light Ivory than cars from the last three years of production, making a post 1986 car in Light Ivory quite a rare proposition.

On top of the rare paintwork outside, the interior of this 500SL perfectly compliments the colour with another rare shade that we seldom see. Brazil Brown Leather has appeared in our showroom just a handful of times across the many hundreds of R107 SLs that we have rehomed.

Here we have a beautiful car, in a wonderful and rare colour combination, complete with the range-topping 5.0 litre V8 engine and an enviable service and maintenance record.

Built in December of 1986 and registered in 1987 on an ‘E’ prefix (1986 would have been ‘D’), this car covered just 19,000 miles in the first decade on our roads. Between 1996 and 2006 a further 20,000 miles were added to the odometer, before usage decreased but remained consistent. Here at SLSHOP we love to find cars that are used sparingly and carefully but loved and adored, ownership hallmarks that usually result in an impeccable MOT history documented by consistent increases in the stated mileage.

This rare car shows all the signs of being loved throughout it’s life, an unusual colour that would be a brave choice in a showroom today but that looks simply fantastic on this iconic shape of SL. We are unlikely to find another quite like it.