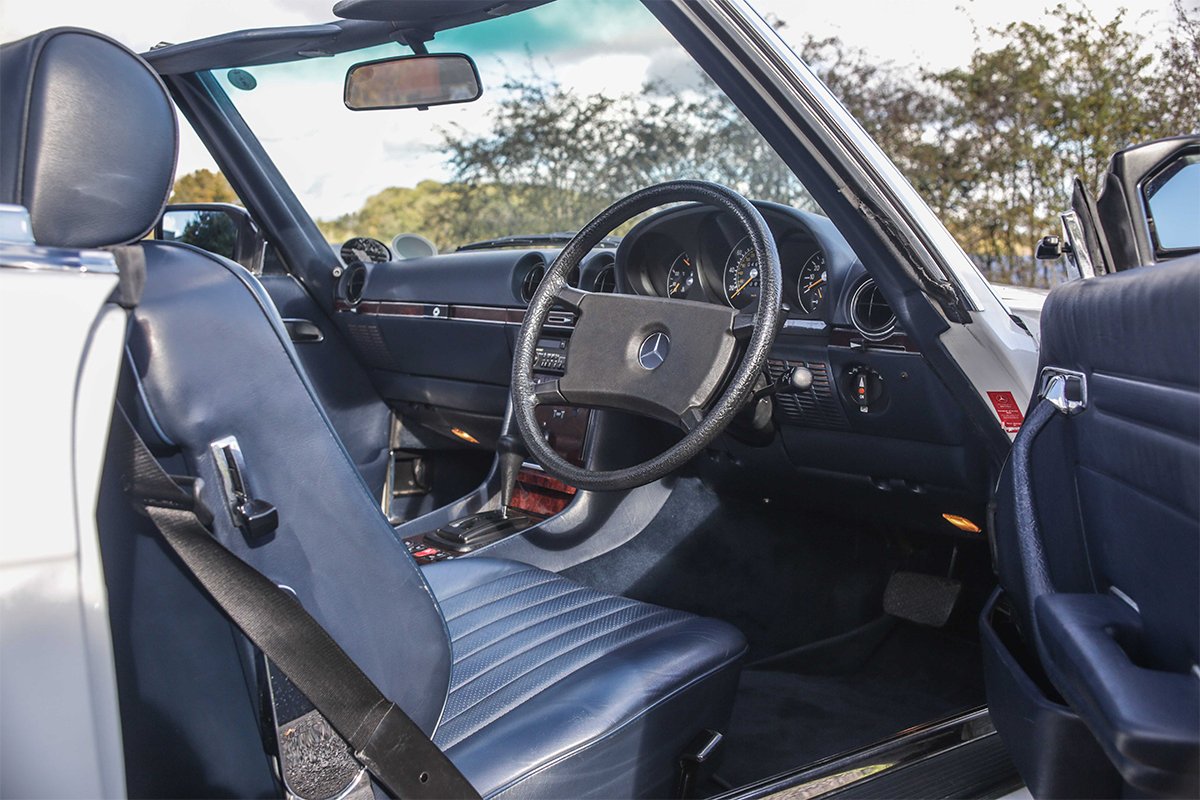 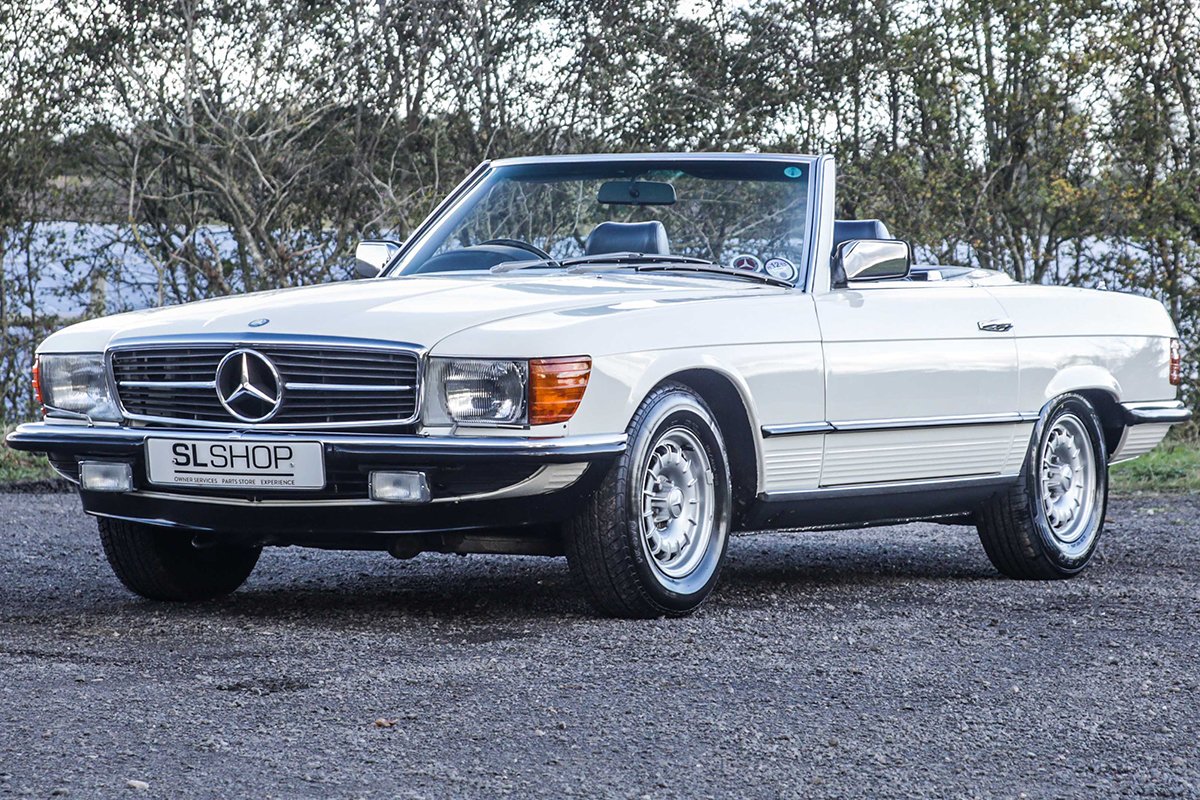 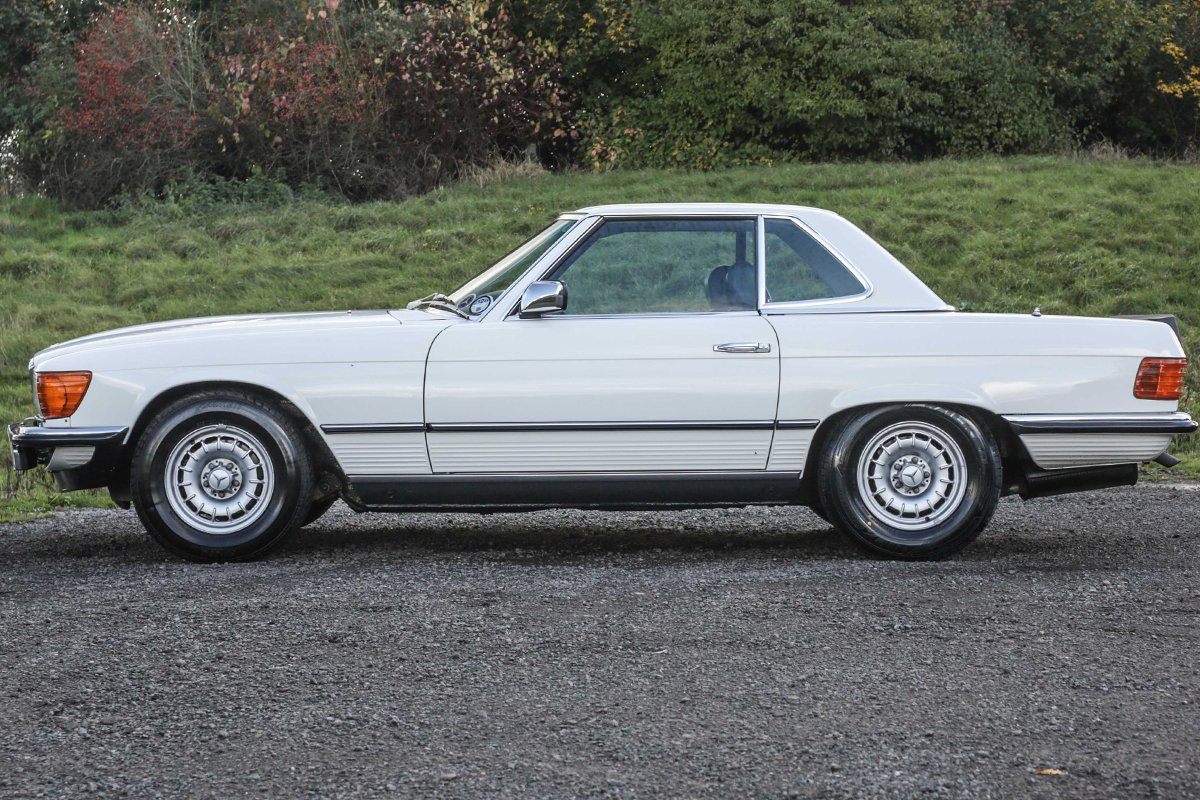 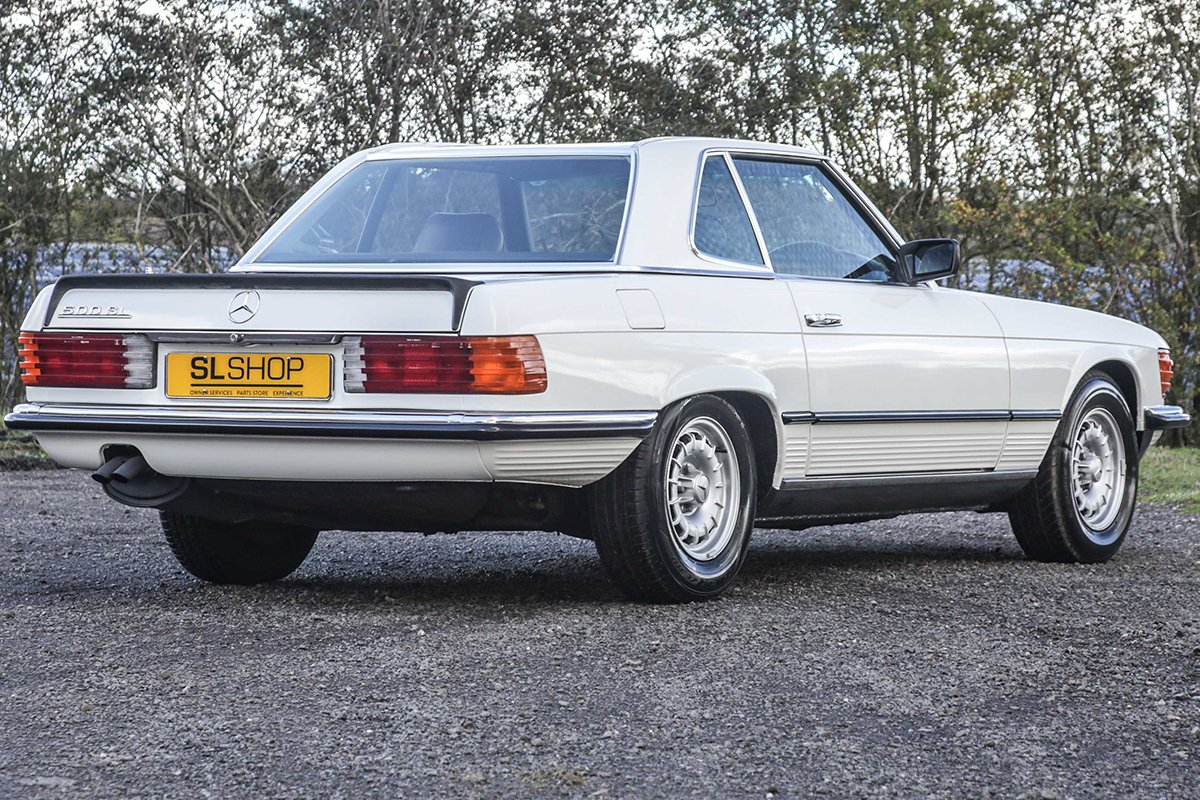 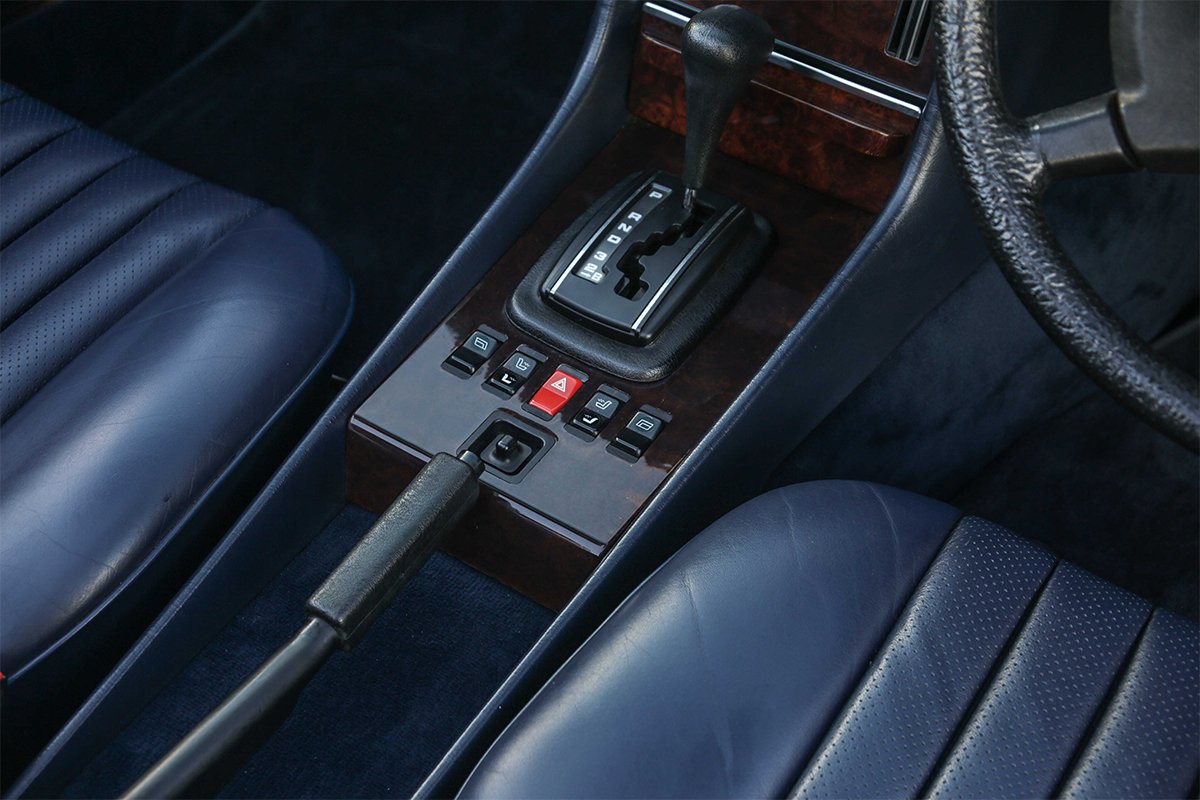 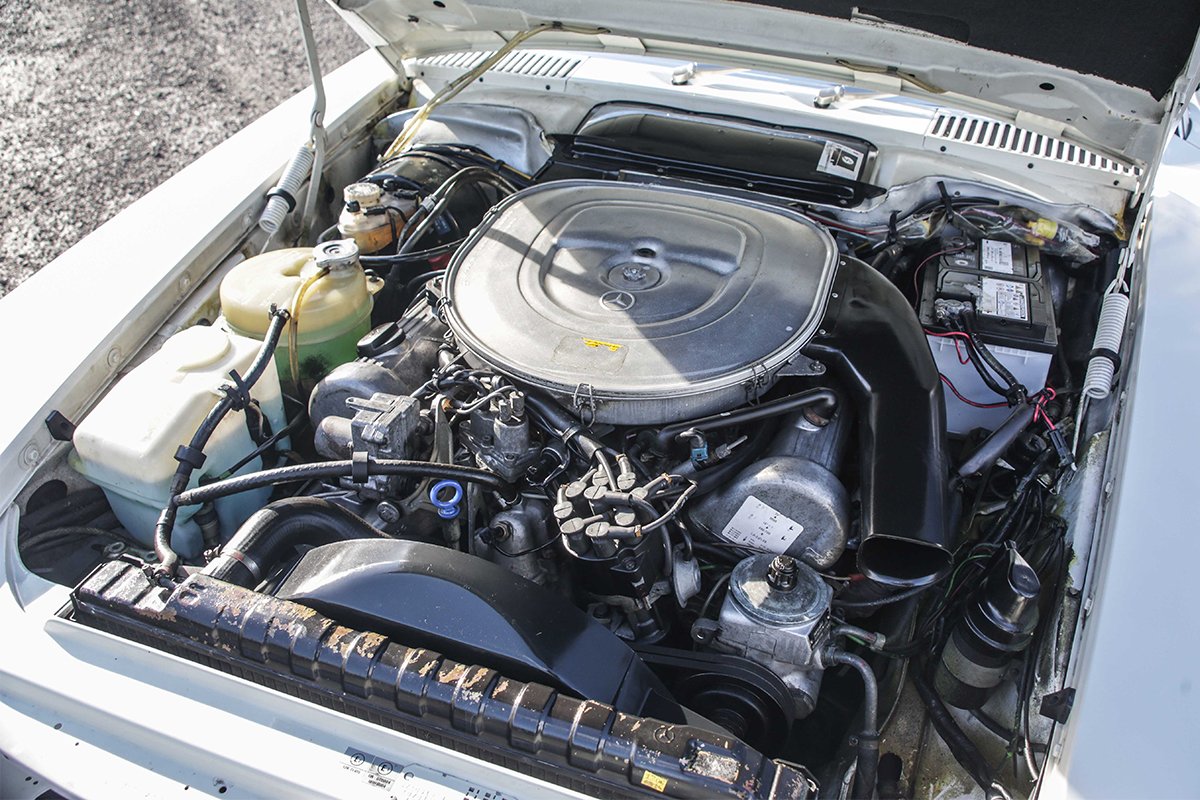 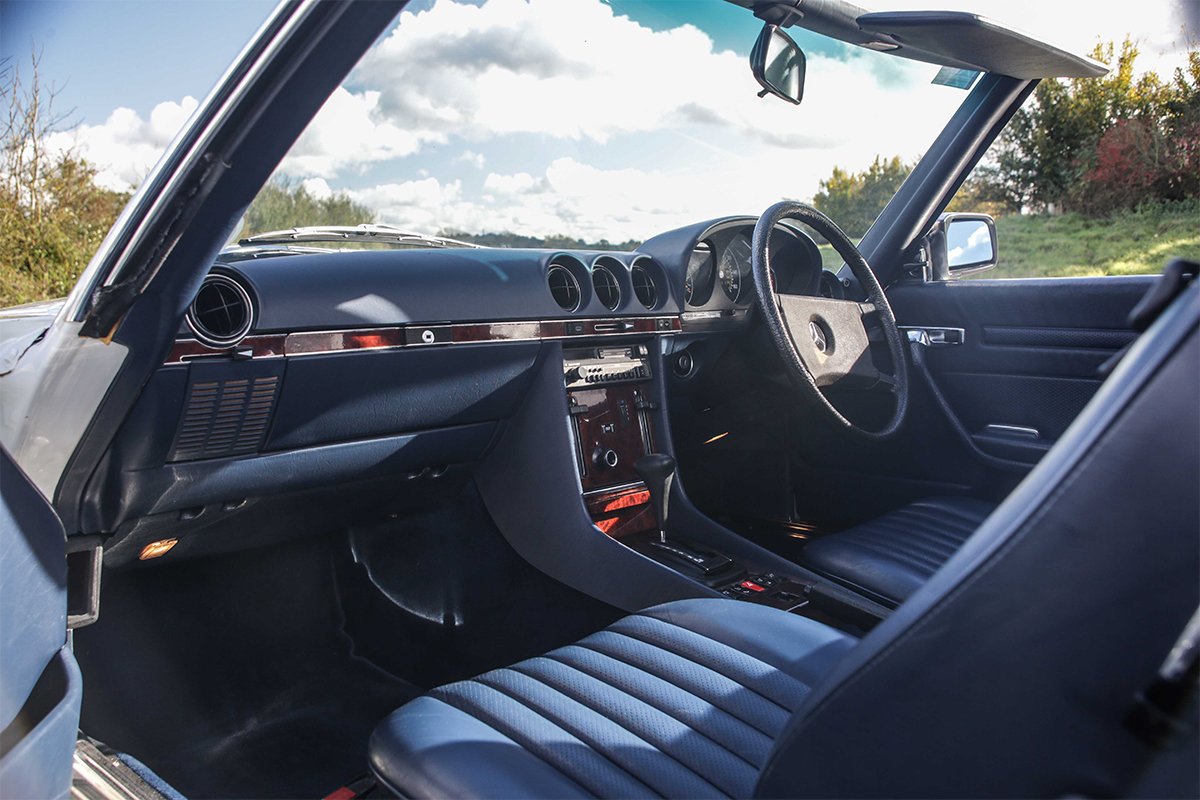 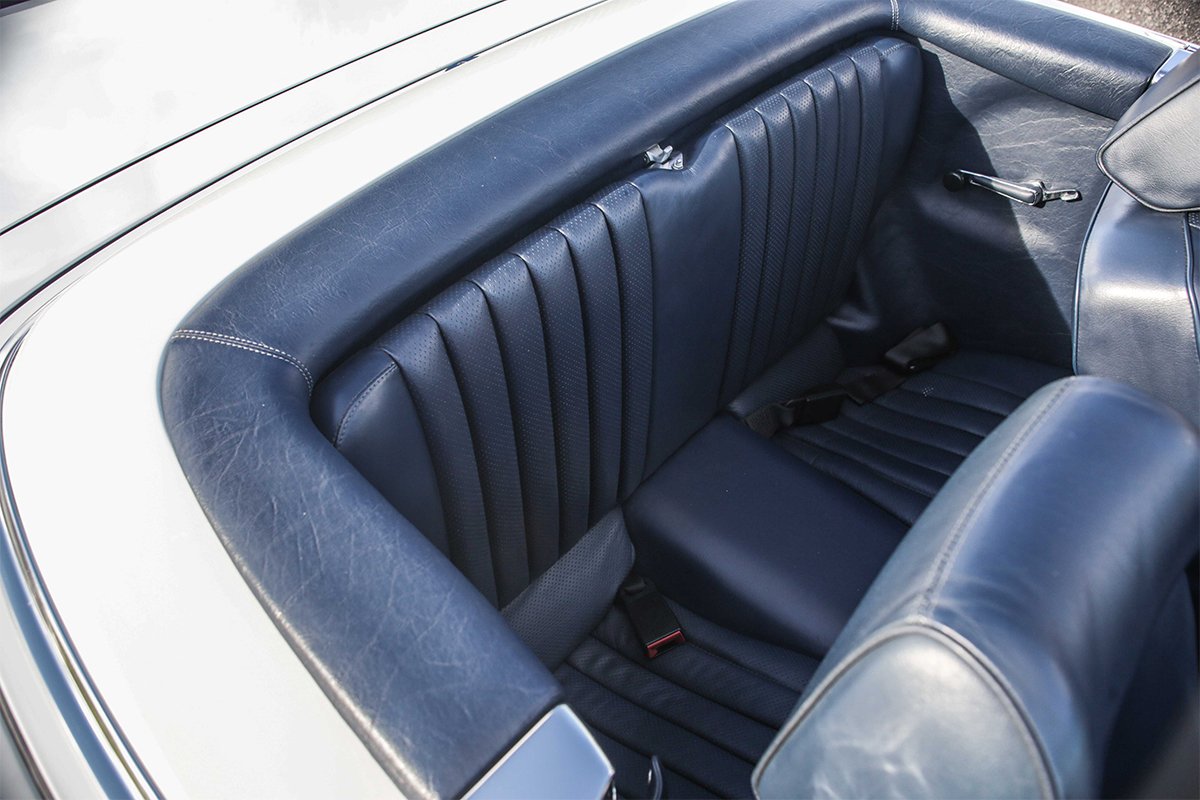 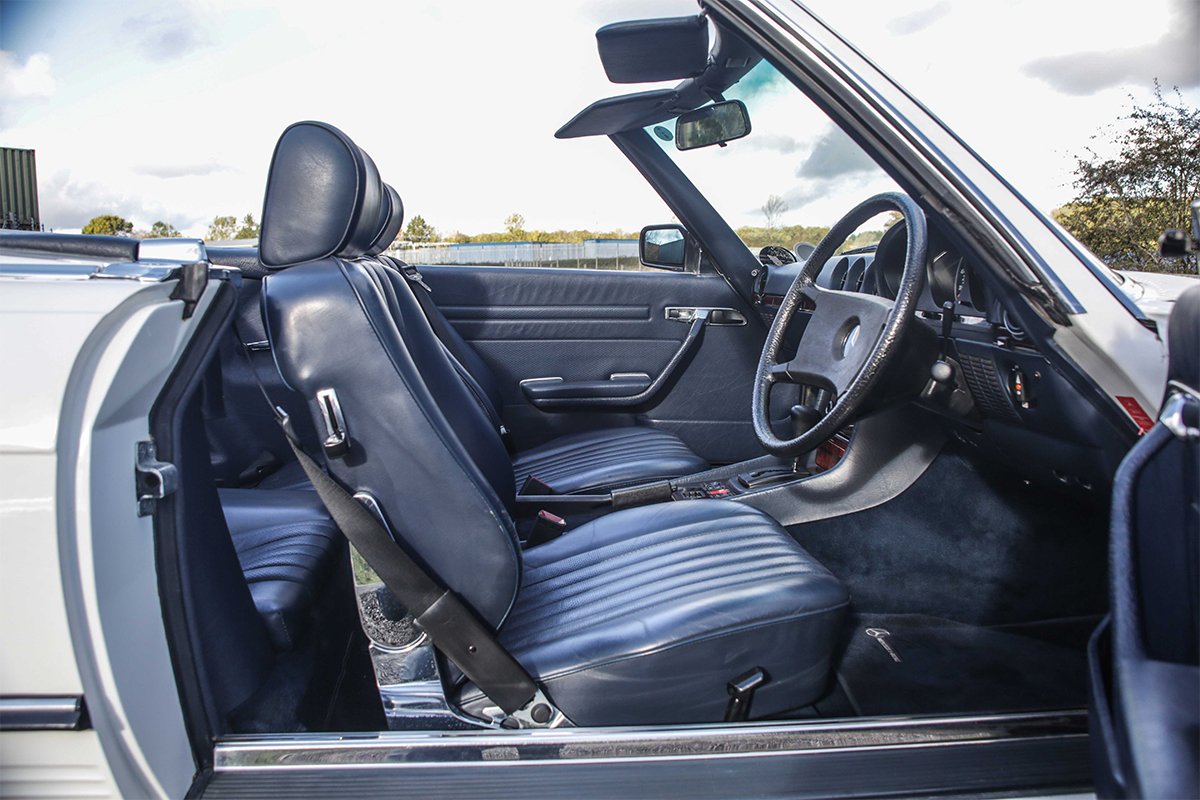 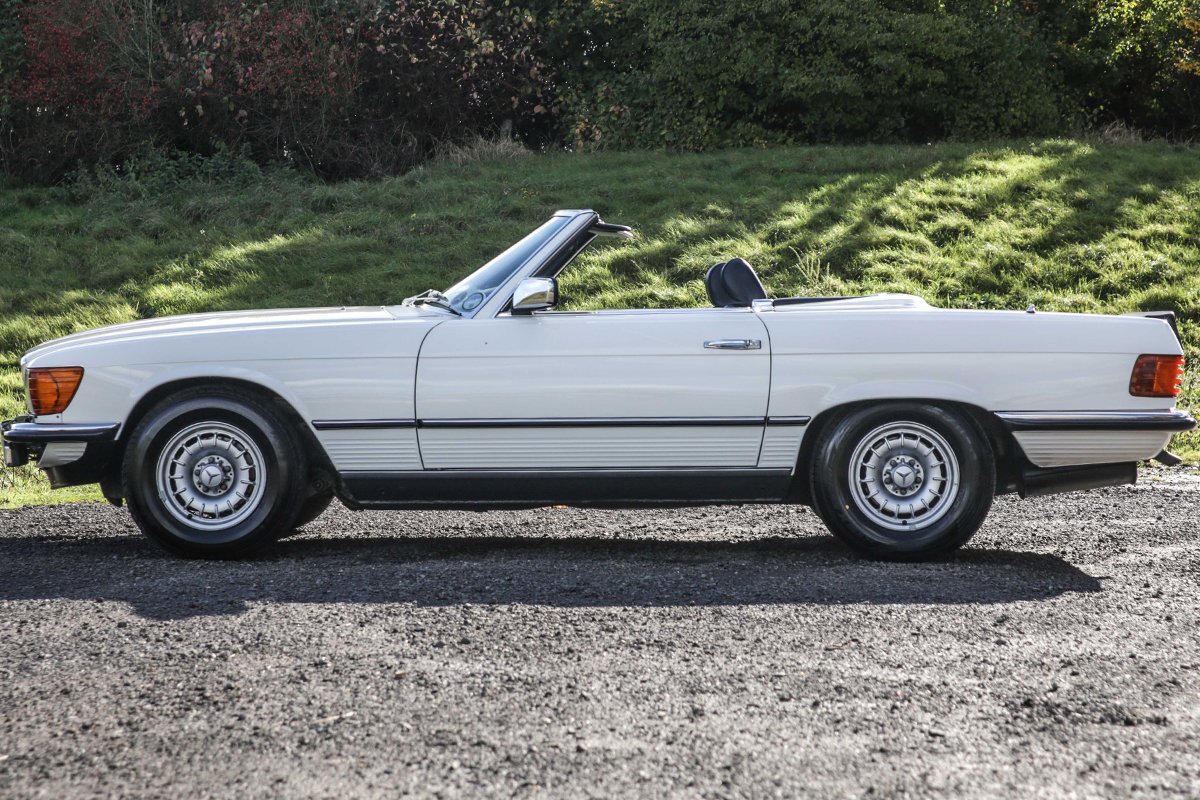 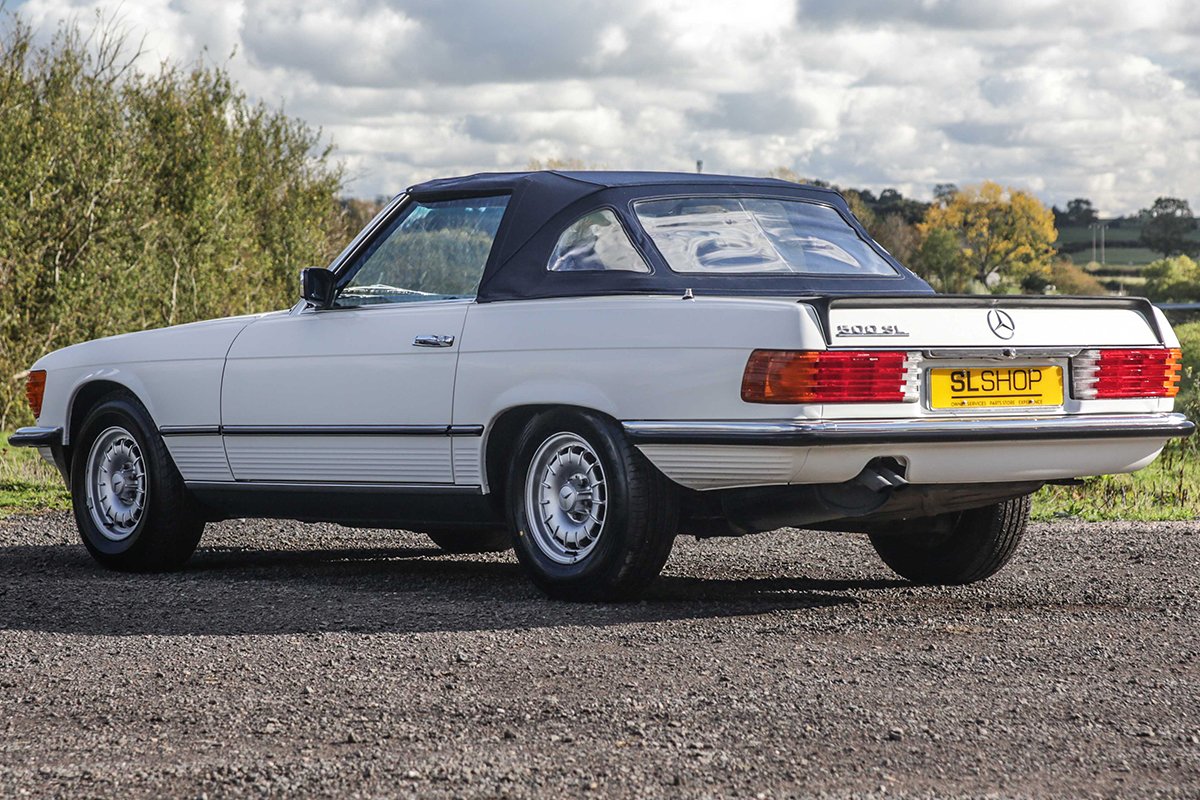 1985 was the final year of the R107 before the important 1986 facelift, which saw the already long standing car benefit from a number of improvements to extend what was then a 15 year production run. Whilst many buyers have sought these ‘post 86’ cars in recent years, what the later cars gained in handling and braking capability they lost in character. Traditionally, these ‘early’ cars have been overlooked in favour of the flat-faced alloy wheel wearing, lower front apron sporting ‘late’ cars after three decades of reading buyers guides… but in the modern world where 300hp is no longer considered impressive and handling is electronically assisted, seeking out a car with minor handling and braking improvements seems to be a moot point… meaning these earlier cars can be considered a more astute buy than their later model counterparts.

Finding any high quality 500SL is getting extremely difficult, so the fact that this car enjoys a rare colour combination, is one of the last ‘early’ style cars and boasts a V8 makes it a rather alluring prospect.

Finished in Classic White (the colour that would be replaced by Arctic White from 1986 to the end of production) and combined with Blue Leather, this car features an enviable list of options – including heated seats.

It’s rare to find a late model car with heated seats, let alone a pre-86 example. We have probably seen a handful through our showroom.

This is clearly a car that has been cherished all of it’s life, a car from careful ownership that looks the part and drives superbly.

With the more resonant note of that pre-86 5.0 litre engine and exhaust system, as well as the metal pull door handles and marginally narrower track and lightweight alloy wheels, this is a car that’s full of character both to drive and look at.