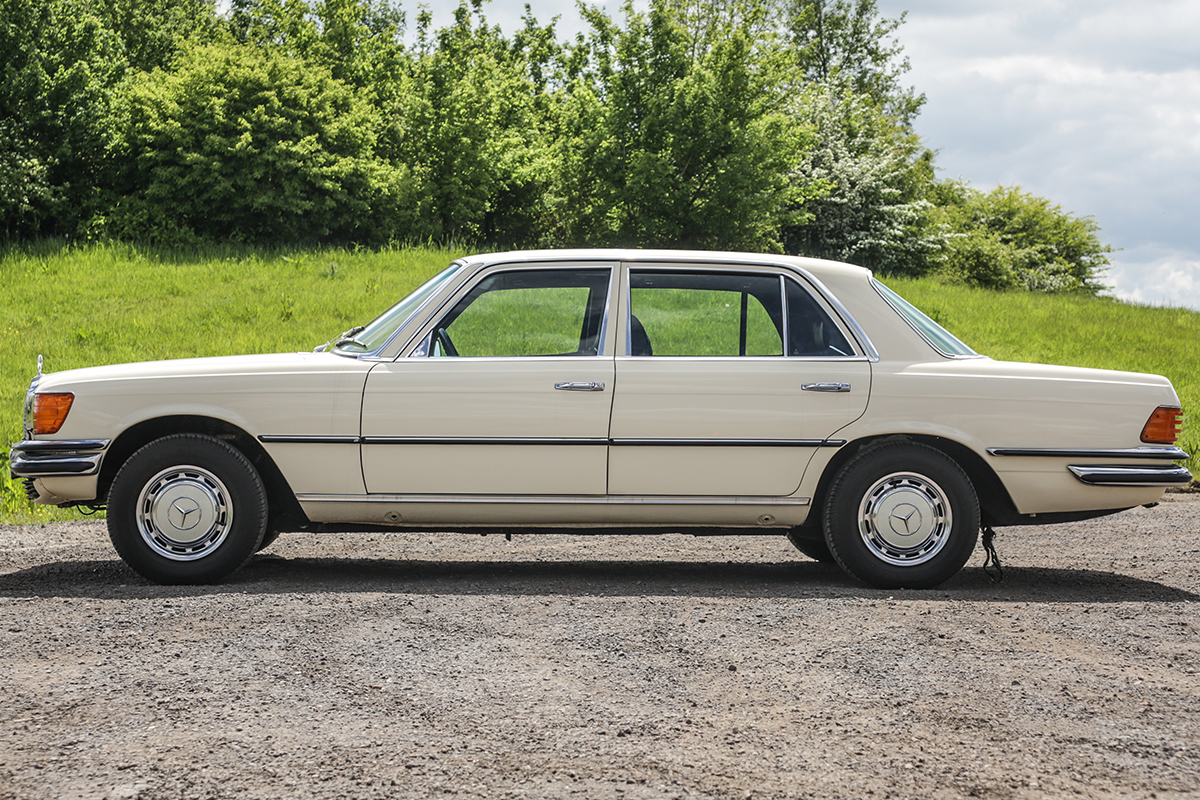 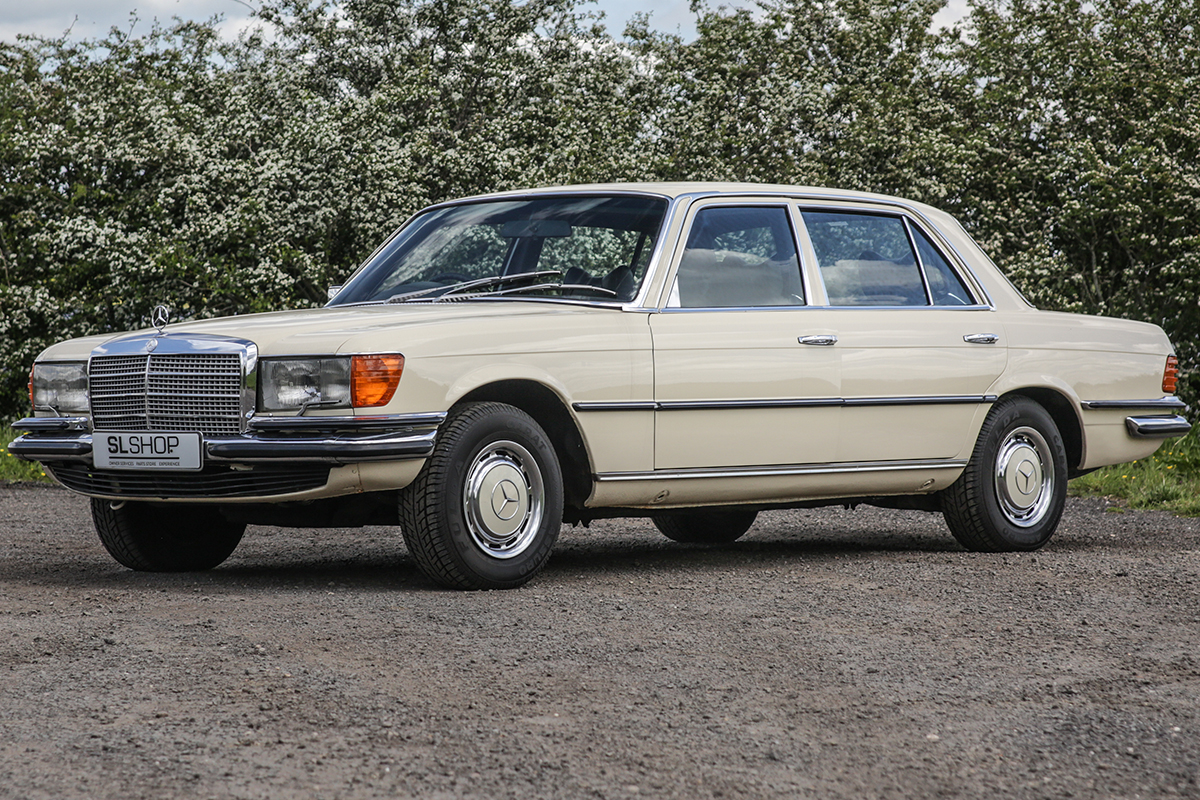 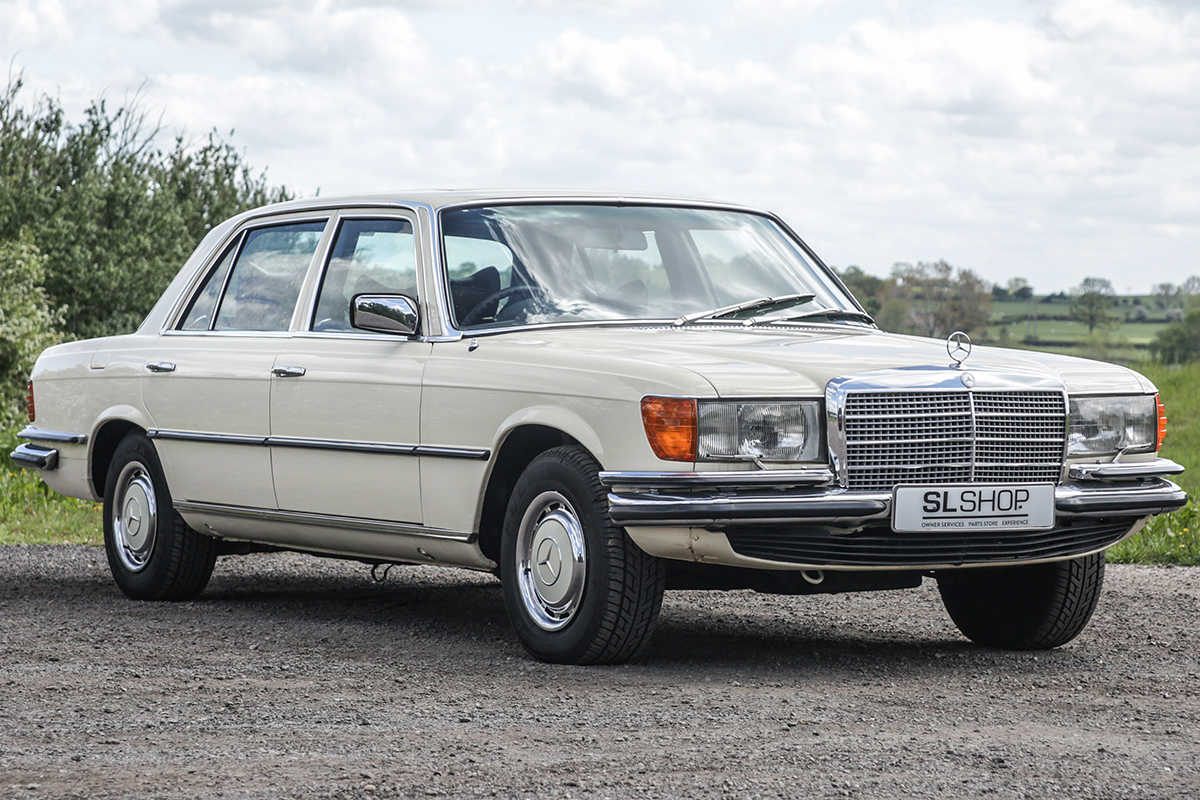 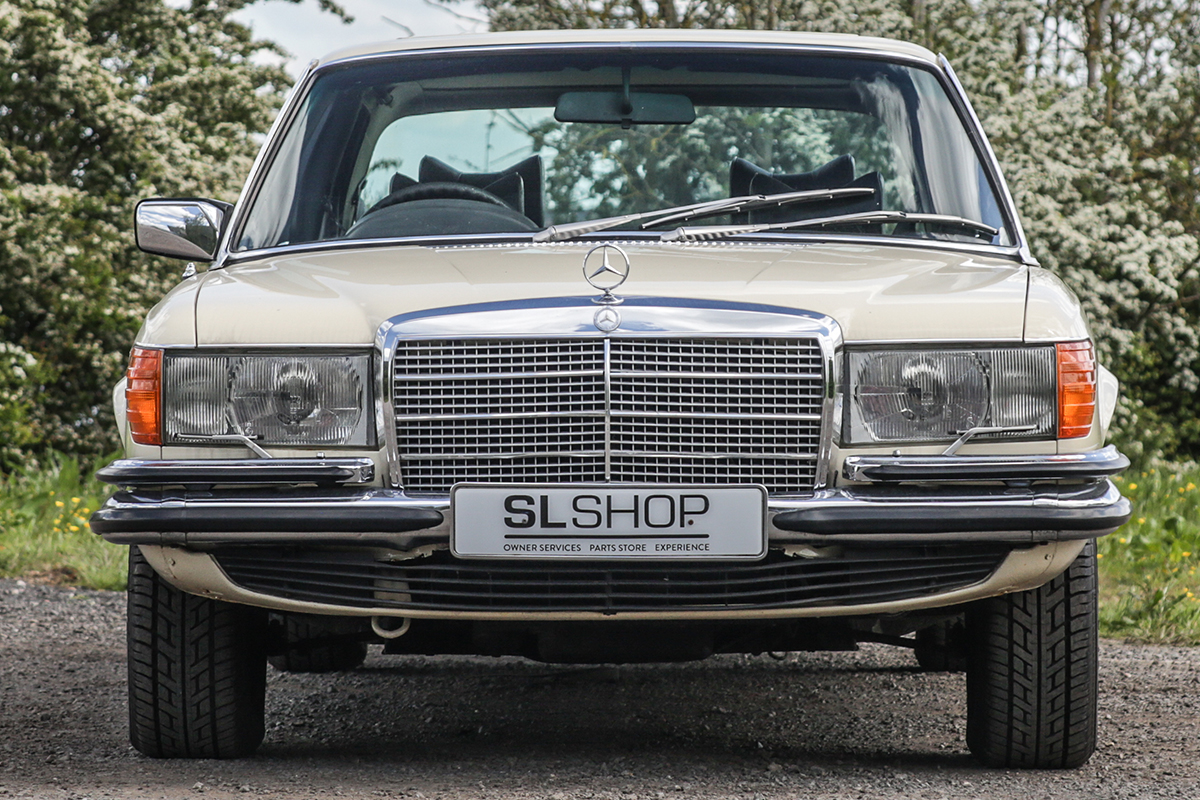 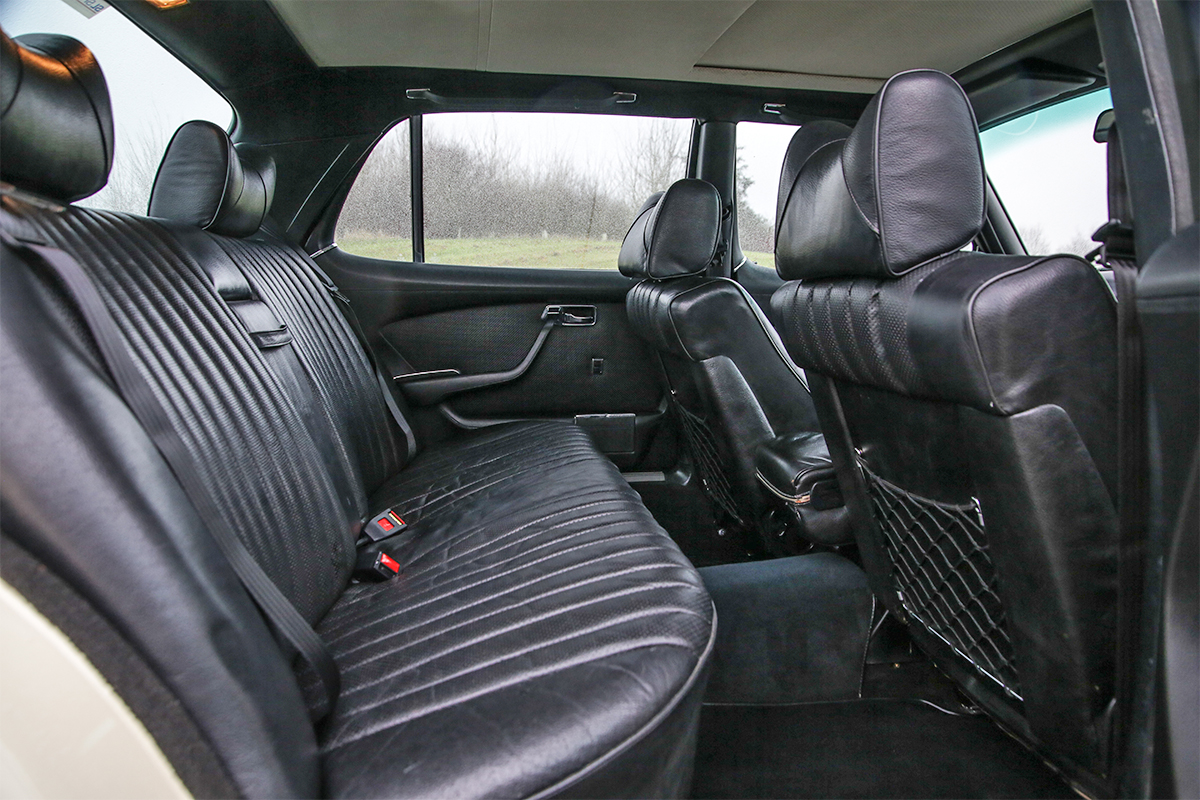 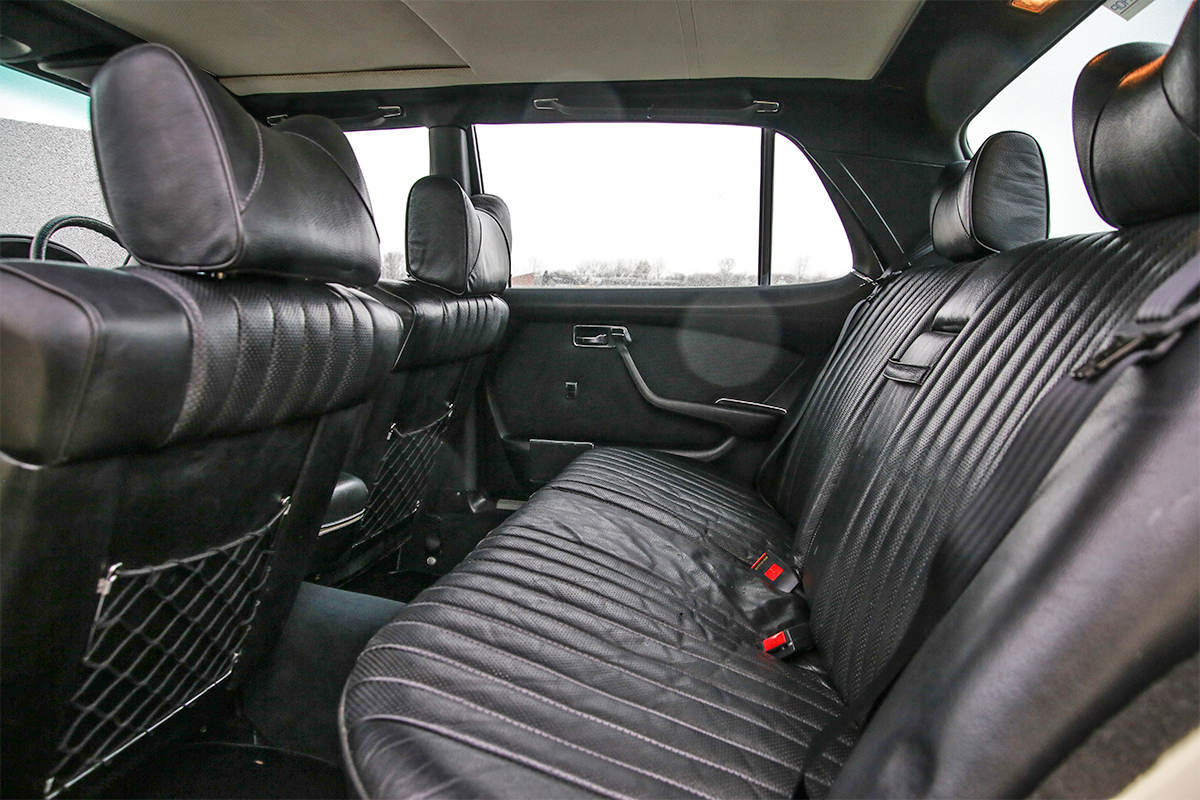 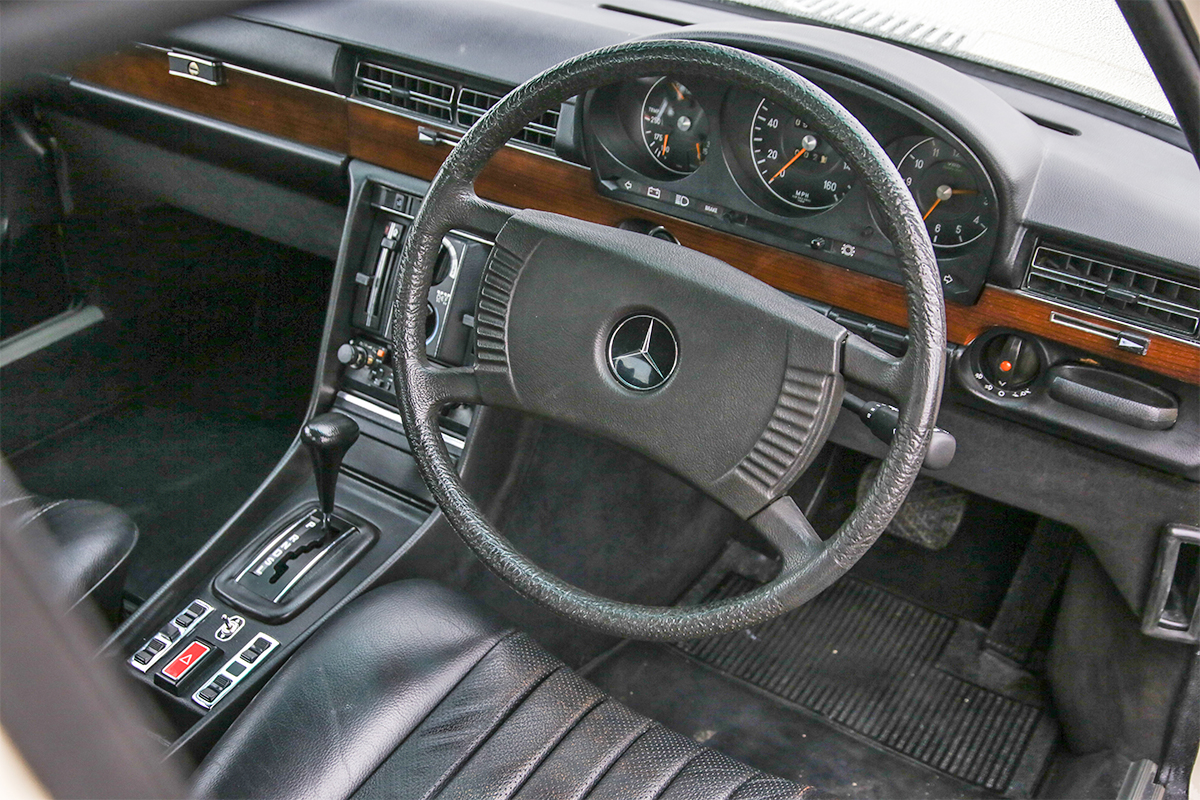 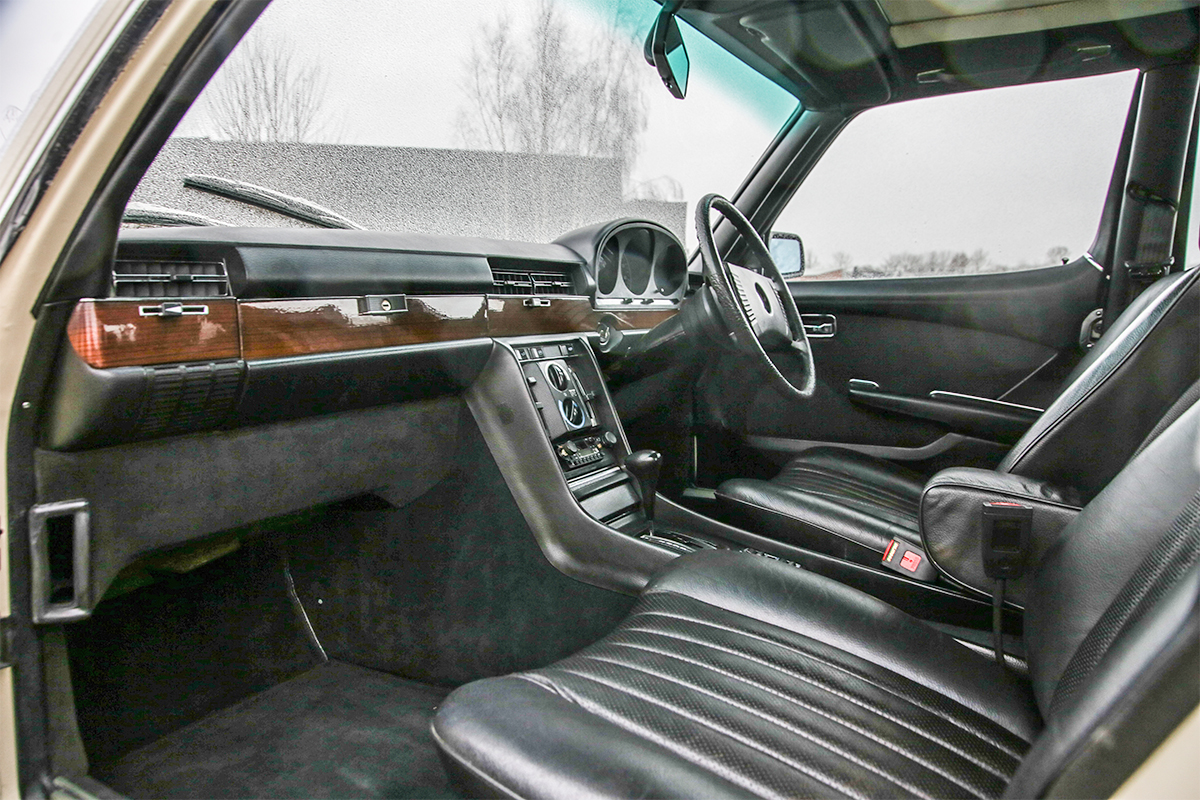 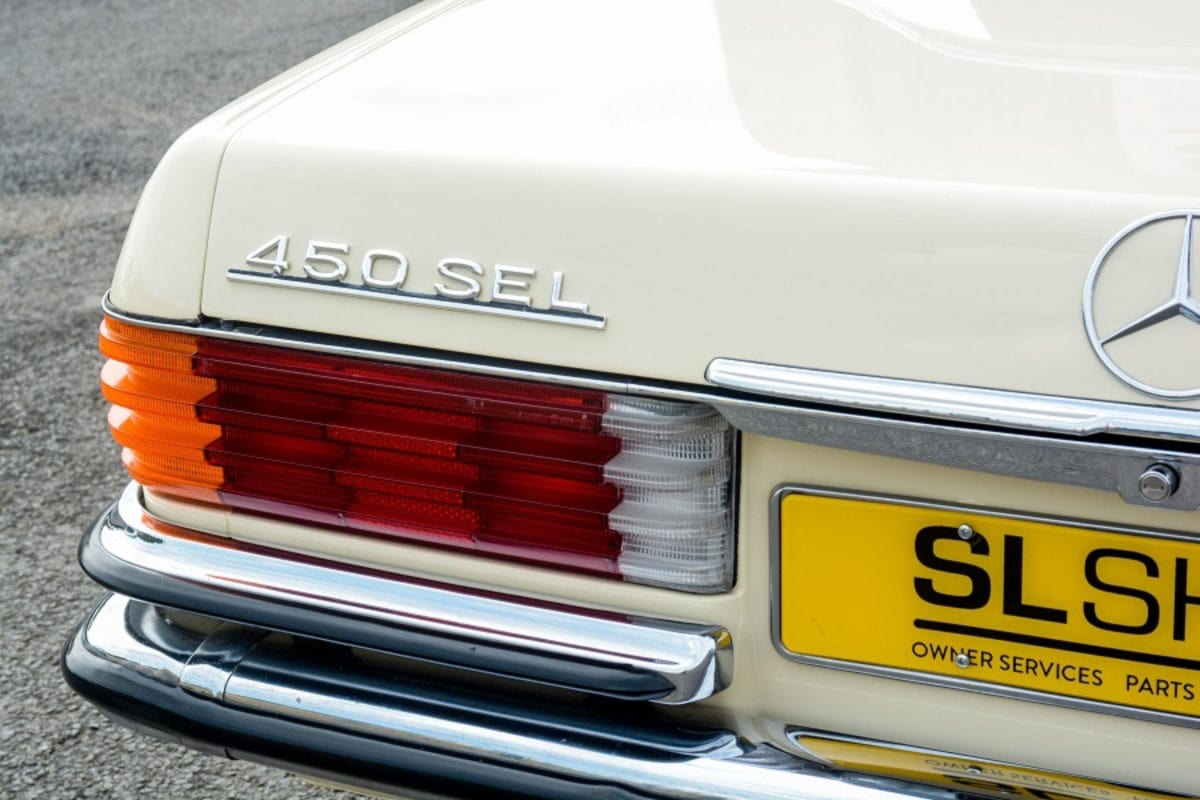 Road Tax Exempt. ULEZ Exempt.*
The Mercedes-Benz 116 launched in 1972, replacing the 108 series which itself was introduced to supersede the W111 – the famous ‘fintail’ design of the 1960s. Coming from a long line of luxurious saloon cars from Mercedes-Benz, the 116 was the first to officially use the term S Class.

This would be a seminal car in Mercedes-Benz history, with an emphasis on safety, modern technology and luxury setting it apart from the competition. Almost half a million 116 saloons would be built before the 126 arrived in 1980.

With the arrival of the 116 came a raft of passenger car ‘firsts’ from Mercedes-Benz, including padded door trim around the windows, padded steering wheel , safety padding on the dashboard, dual asymmetric windscreen wipers, headrest with a centre depression, rain water flow management system, pedestrian focused exterior design, ribbed tail lights to keep them cleaner for longer and more. It was also one of the first passenger cars available with an air bag and ABS. As a class leading car in both luxury and safety, the S Class became the quintessential chauffeur driven saloon – a trend that has continued to this day.

Despite the 1973 Oil Crisis Mercedes-Benz launched the 450SEL 6.9, a performance version of the 116 saloon with the largest engine installed in a post-war Mercedes at the time. With displacement of 6834cc and almost 290hp, the ‘6.9’ became an automotive icon and continues to be the most desirable 116 amongst collectors. Of the 473,035 units made, less than 8,000 were the high performance 6.9.

Although the market is besotted with the more exclusive 6.9, this larger engine also comes with a great deal of responsibility and mechanical fragility. For real world, day to day use, a 4.5 litre 450 is a more sensible choice for most enthusiasts.

The 450SEL shown here has been owned by SLSHOP since 2016, when it was purchased for occasional use. For the last few years it has been used for promotional photographs, magazine articles, and day trips. It has appeared at local classic car shows and been driven by journalists and photographers, taking on lofty roles such as front-page magazine photo shoots and more humble day-to-day trips to the local coffee shop. It has even appeared on a school run on a number of occasions.

Finished in Light Ivory with Black Leather, it benefits from some choice options including Headlamp Wash Wipe (600), Heat Insulating Glass (592) and Behr Air Conditioner (580). Standard features that make this the perfect classic for regular use include the automatic gearbox, electric windows all round, central locking and of course, a large opening sunroof.

Inside there is plenty of space for passengers front and rear, with the big steering wheel giving a real sense of occasion.

The history file shows a picture of a carefully looked after car, with all Main Dealer service stamps from 1976 to 1990, with an SLSHOP stamp dated 2016 when the car first appeared on our radar. All the correct service books and manuals are present in the plastic sleeve, along with a detailed file on maintenance and many old MOTs.

This is a cherished and well-loved member of the SLSHOP family, a car that we have enjoyed and one that we will be sorry to wave down the drive.

An excellent opportunity to get behind the wheel of a desirable and low mileage 450SEL, one of the finest saloon cars built by Mercedes-Benz and the grandfather of today’s S Class.

The perfect form of transport to use for Goodwood, for events, for touring and as we have proven… the school run.

Incredibly rare in this condition and very smart transport for four.