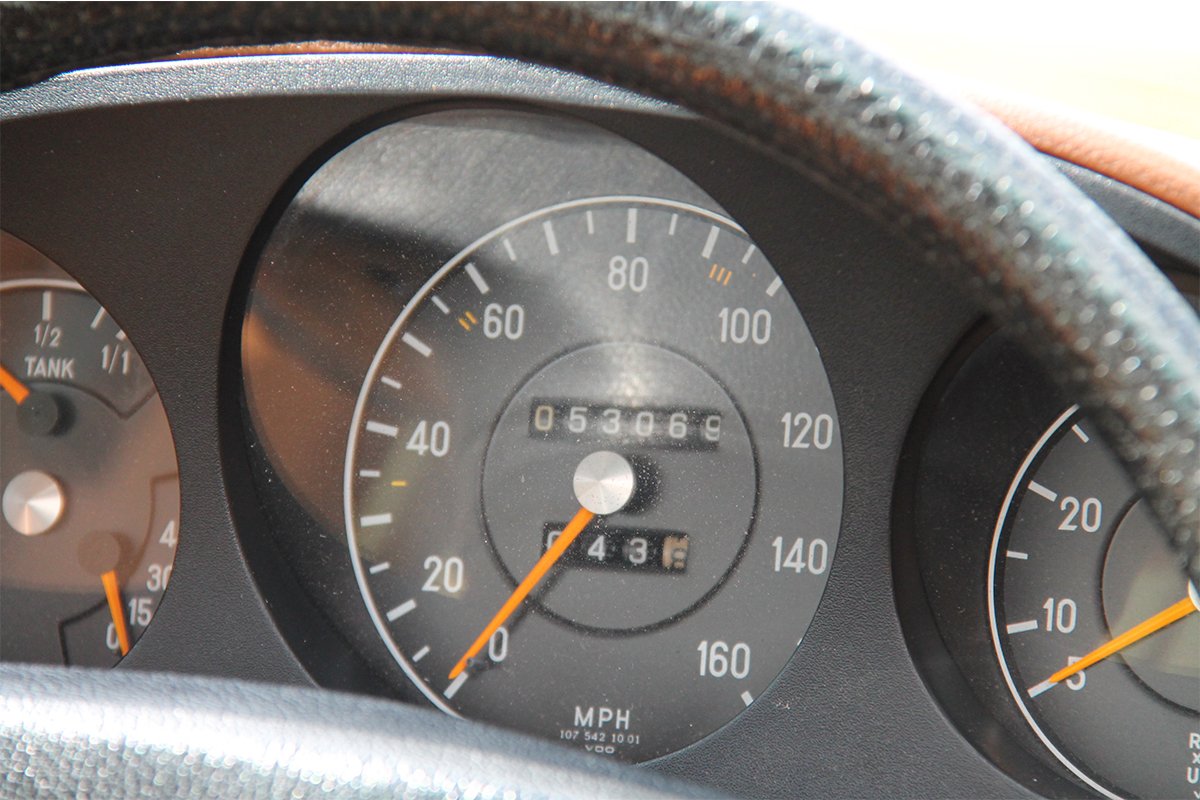 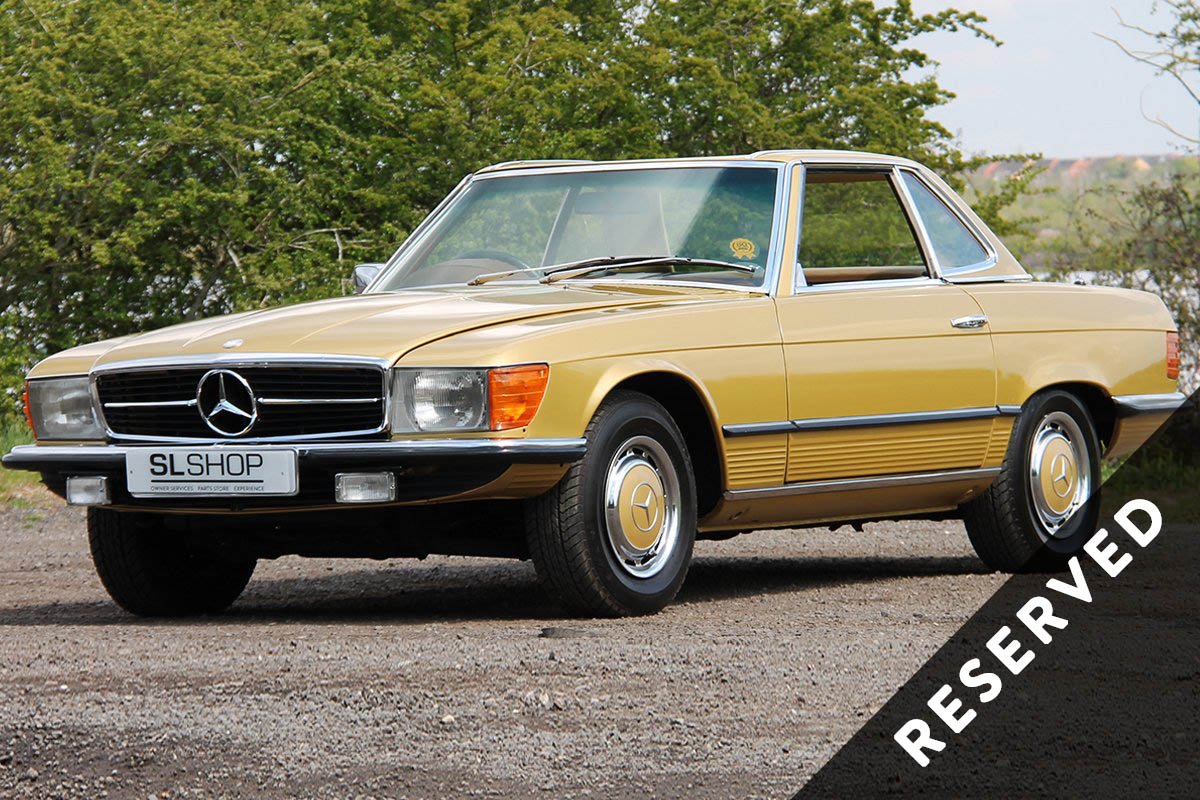 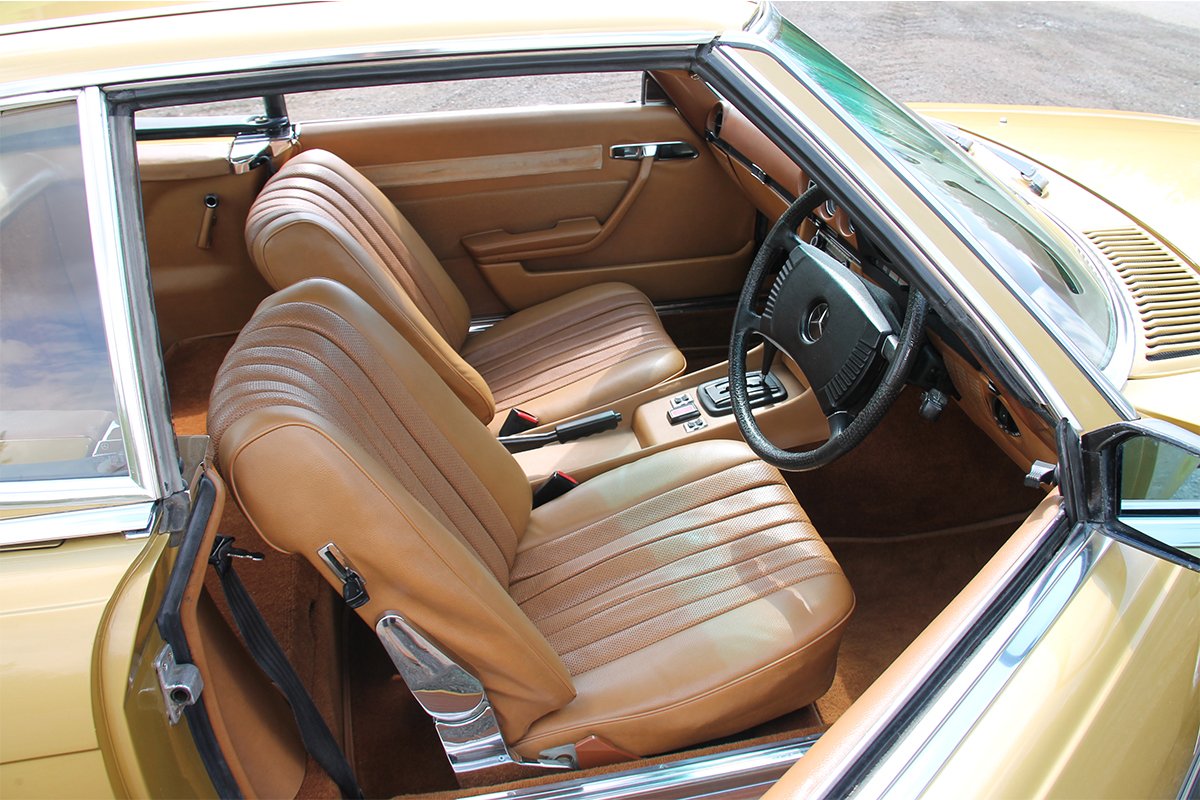 Mercedes-Benz built just over 15,000 350SLs between 1970 and 1980, with very few good ones now available. Low values and corrosion would signal the death of a great many early R107 SLs, with the majority of cars dropping off the radar in the early 2000s (when values were at the bottom of the depreciation curve). Traditionally buyers have gravitated towards the facelift cars of 1986 to 1989, but we are beginning to see a shift in perceptions, and good early cars are more in demand than ever.

The 3.5 litre engine used in the 350SL was the same unit that propelled the iconic 300SE 3.5 Coupe and Cabriolet, a characterful unit that feels markedly different to the later V8 engines. With almost 200hp coming from the big V8, the 350SL has ample power, but it’s the way it feels and sounds that marks these early cars out from their later counterparts.

These early 350SLs have a very different character to the later cars, more raw and visceral. If a post 86 car feels a step towards the modern, refined motorcar that we all have come to appreciate, the early cars feel like a step into the past. Early R107 SLs hark back to the simplicity of the 1960s, elegant design and simple styling with raw, capable engines .

Being almost 50 years old, it has been cared for by only a handful of owners, one of whom was an airline pilot. During 2016/17 a great deal of renovation work was undertaken, demonstrated by parts receipts from Mercedes-Benz Wolverhampton totaling almost £4,000. The documentation and history file paint a picture of a well cared for and cherished SL that has always been in use, if only sparingly. Present with the car is the original brown wallet, manufacturer book packs and service book, as well as a spare set of keys.

Prior to taking up a spot in the showroom this SL has been serviced by SLSHOP, with a number of works undertaken to prepare it for the next owner. We can report that it drives beautifully, a very characterful car and a rare one indeed.

Regarding the rarity of this 1973 350SL, statistics gathered on the number of cars that are taxed or SORN show just over 400 350SLs currently on the road.