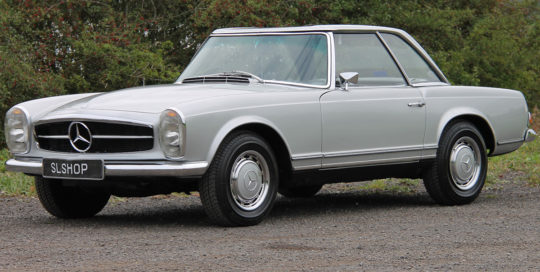 This beautiful 280SL Automatic shows a genuine mileage reading of just 68,000, backed up by a significant amount of paperwork, MOT certificates and tax discs all dating back to 1971. Finished in the ultimate colour combination, this Silver with Black 2.8 litre SL was never going to last long in our showroom.

This car was secured by a client before reaching the website.