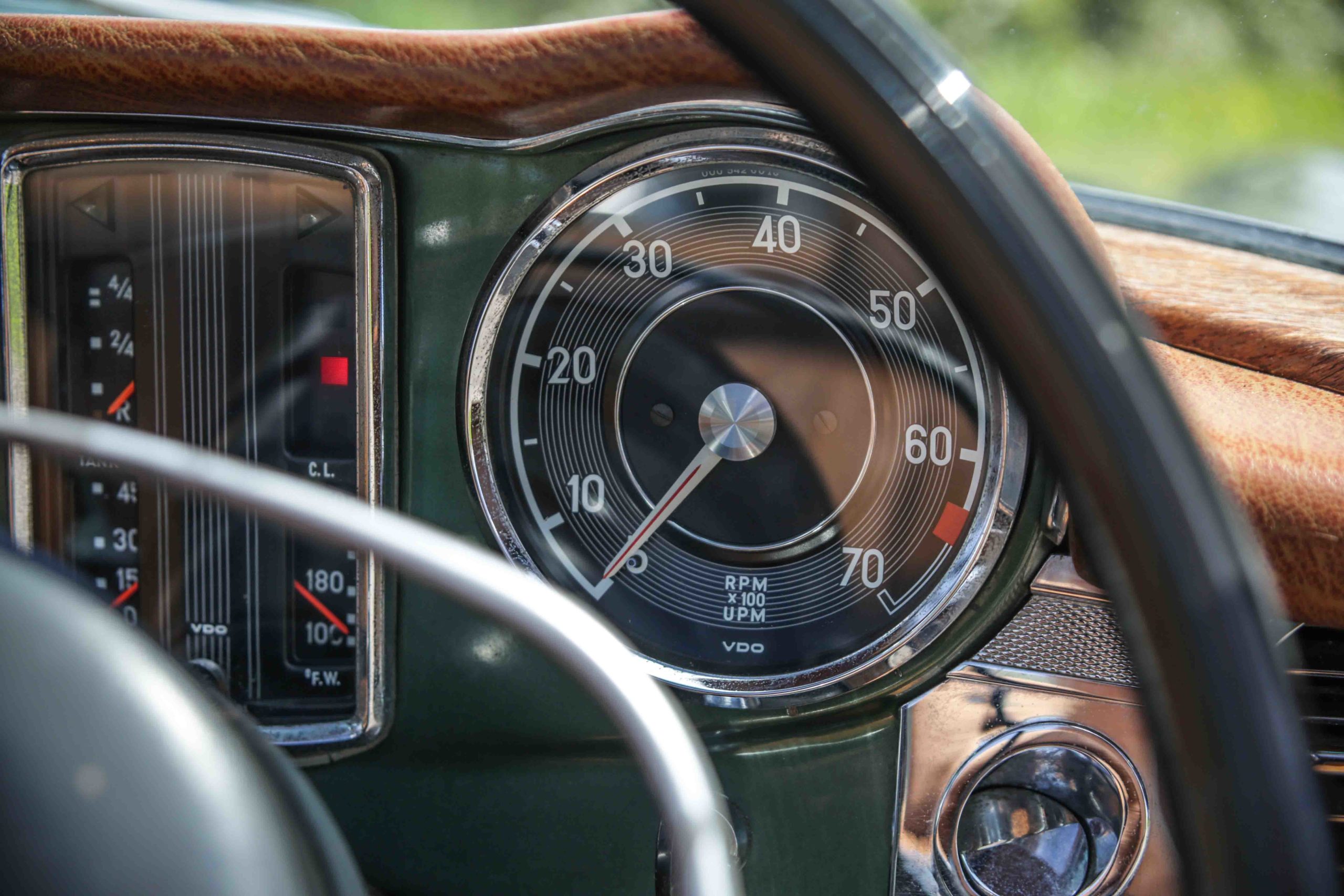 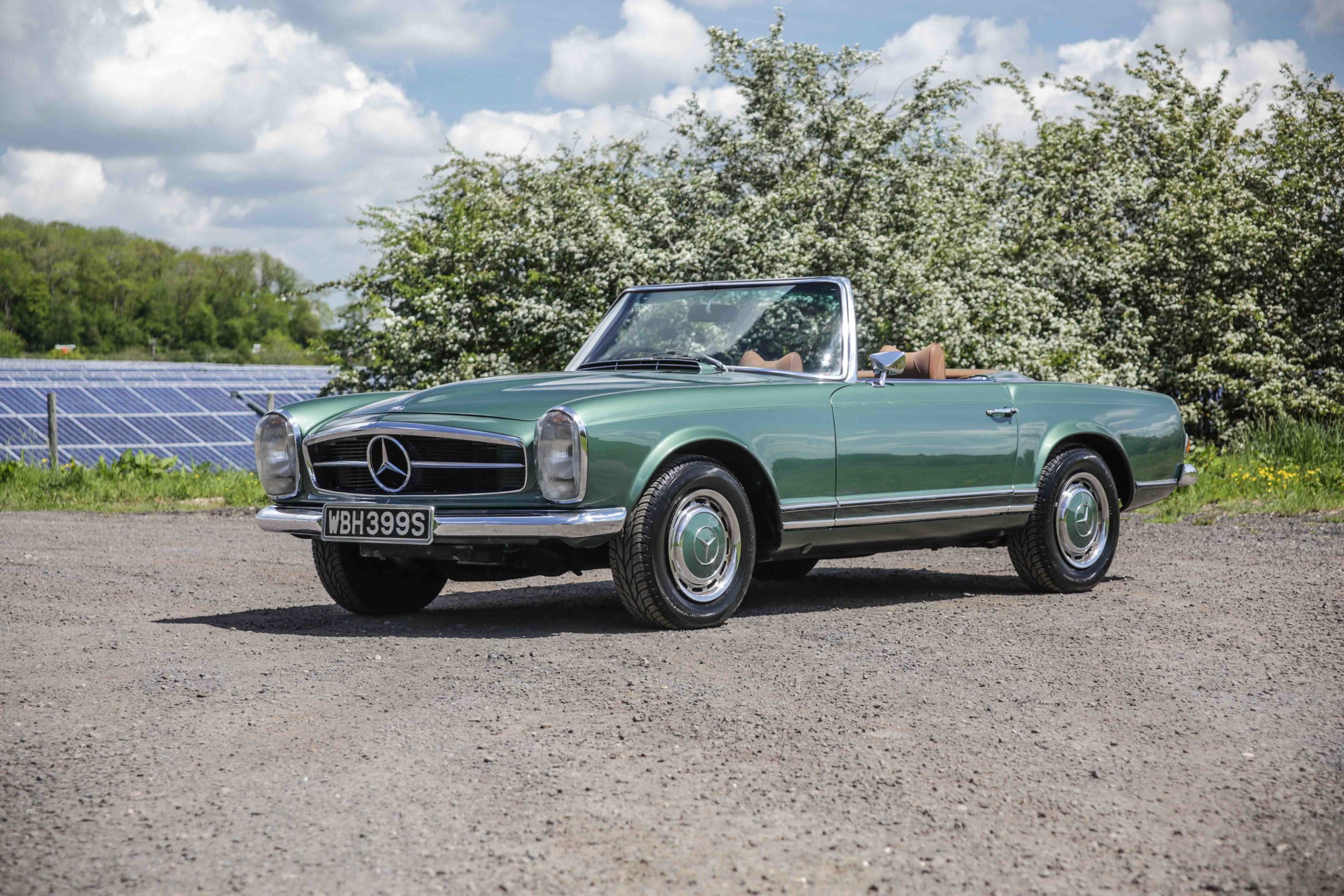 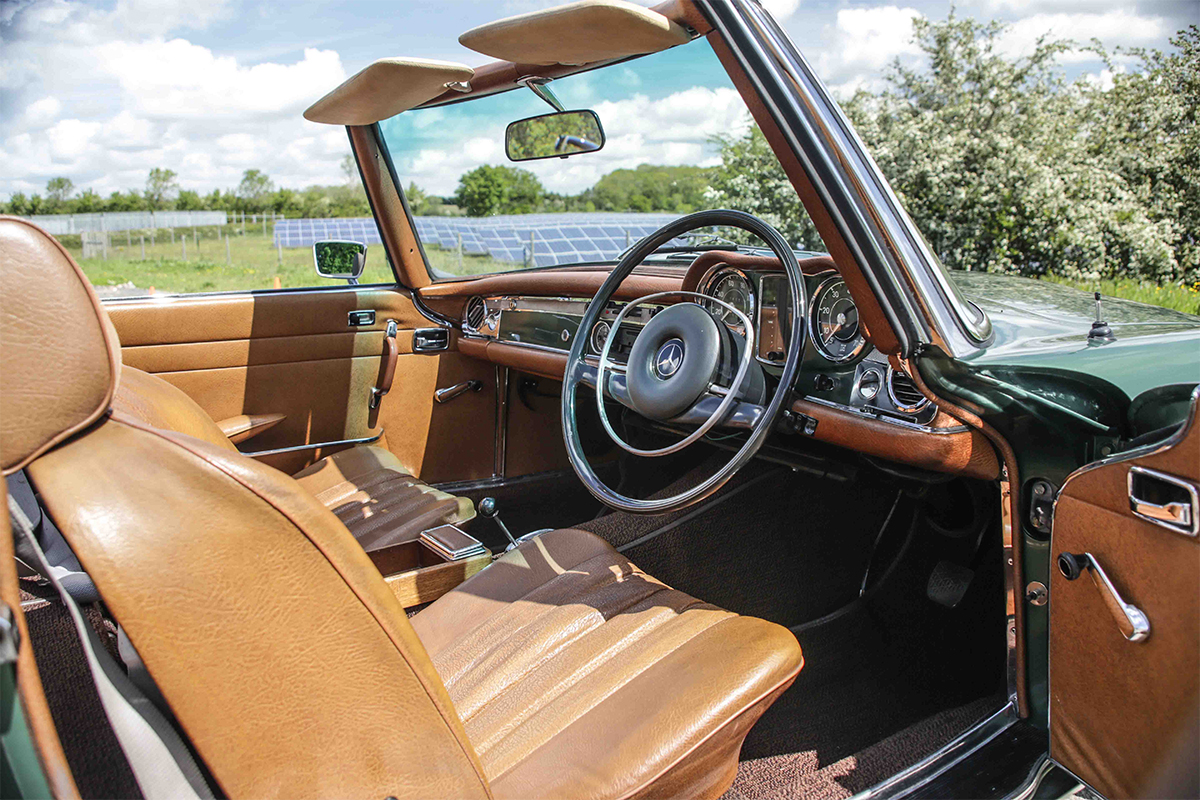 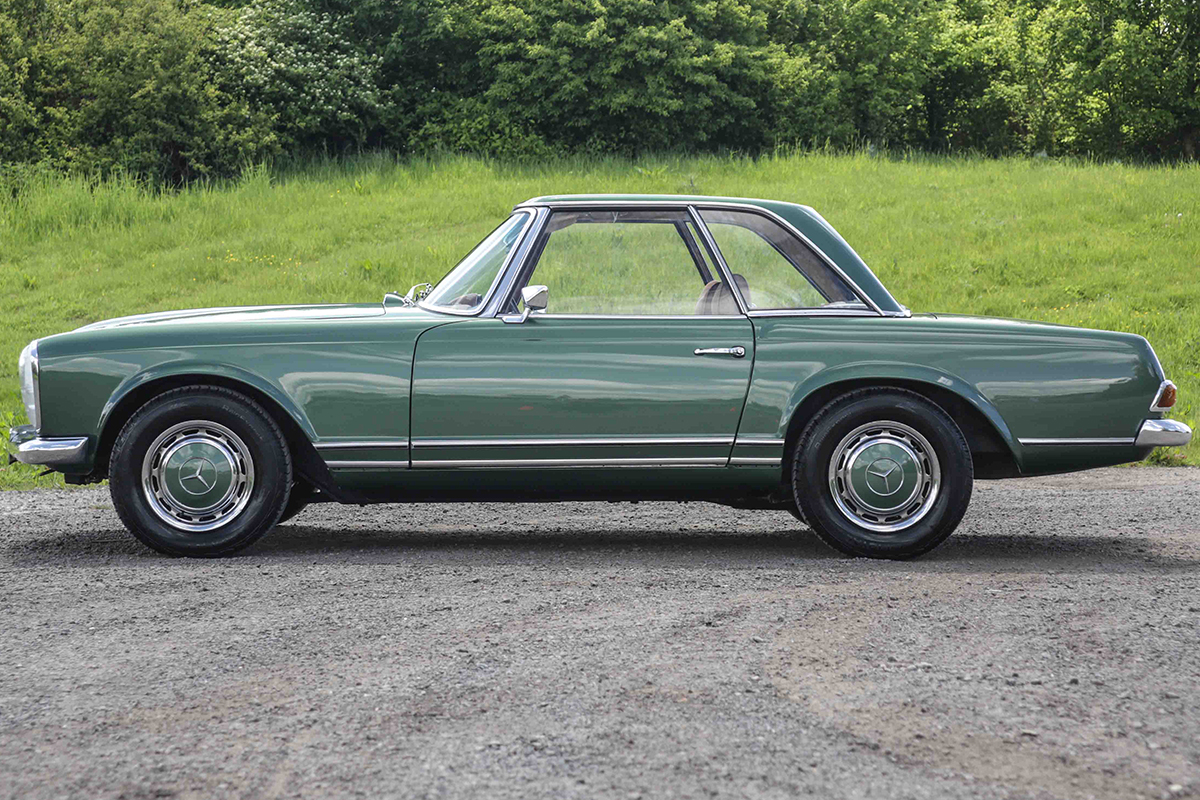 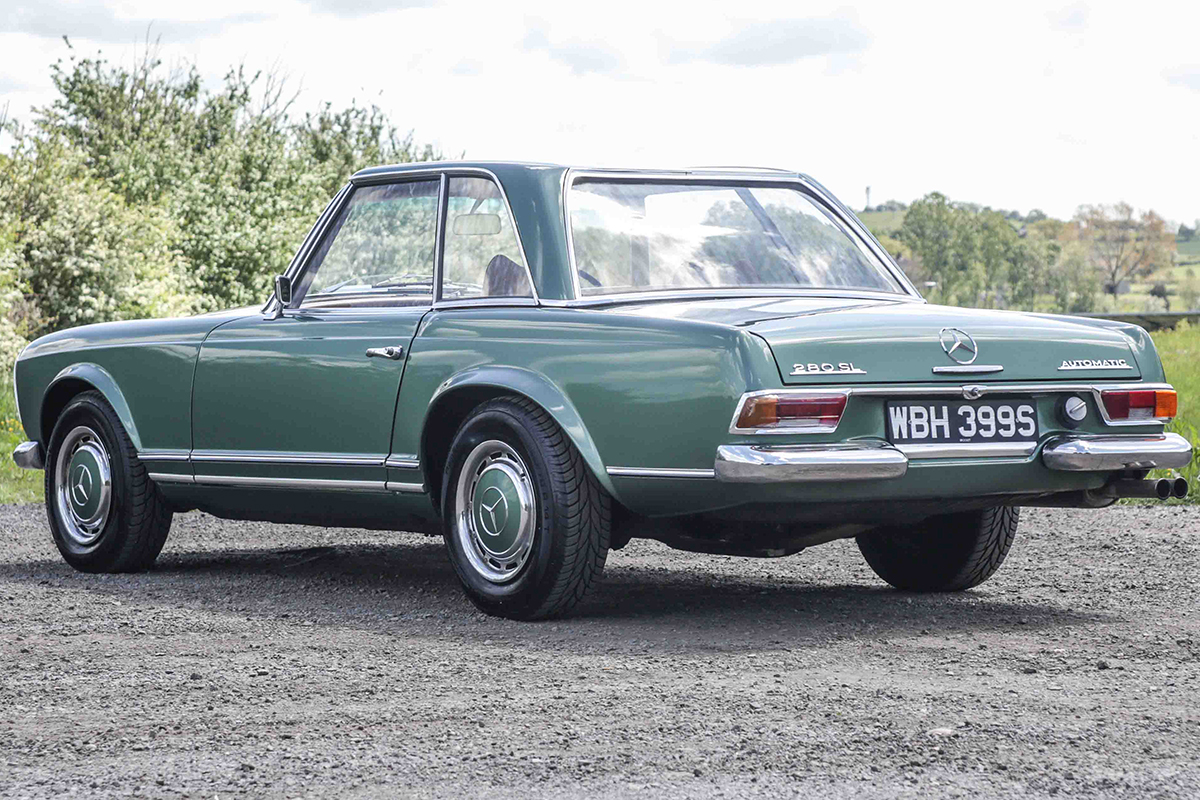 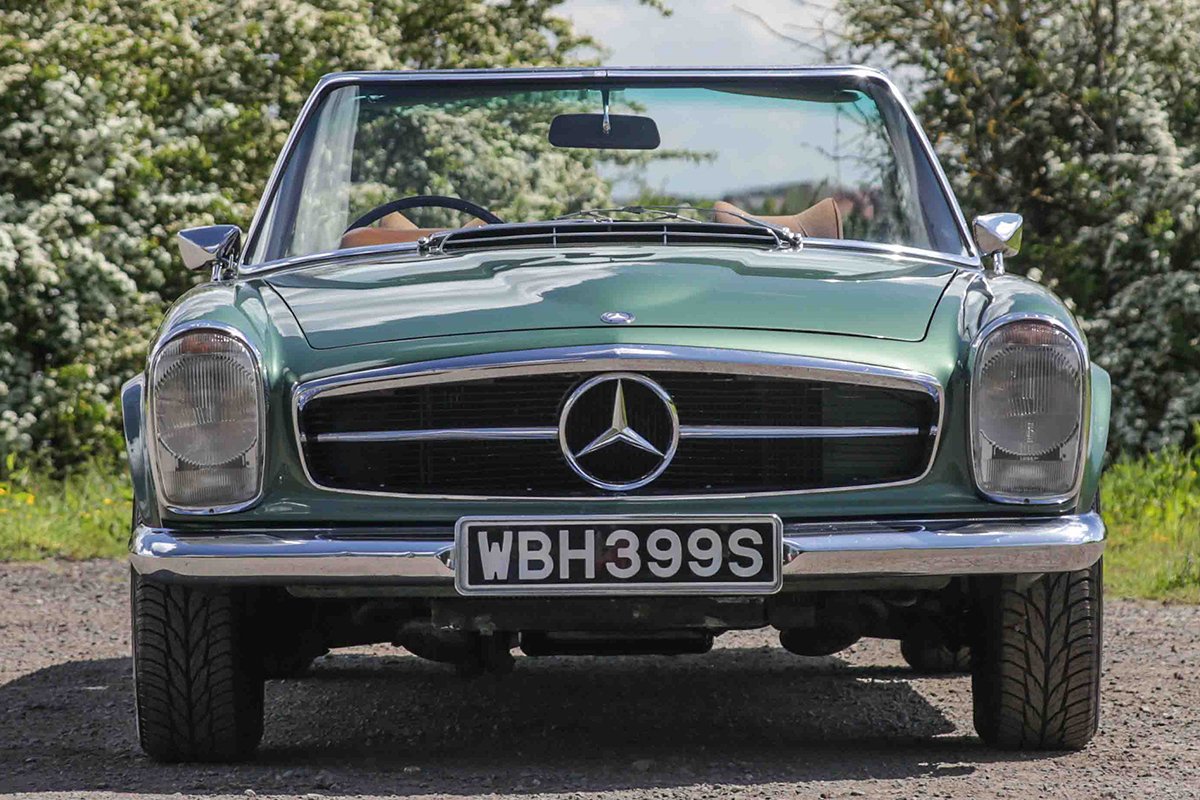 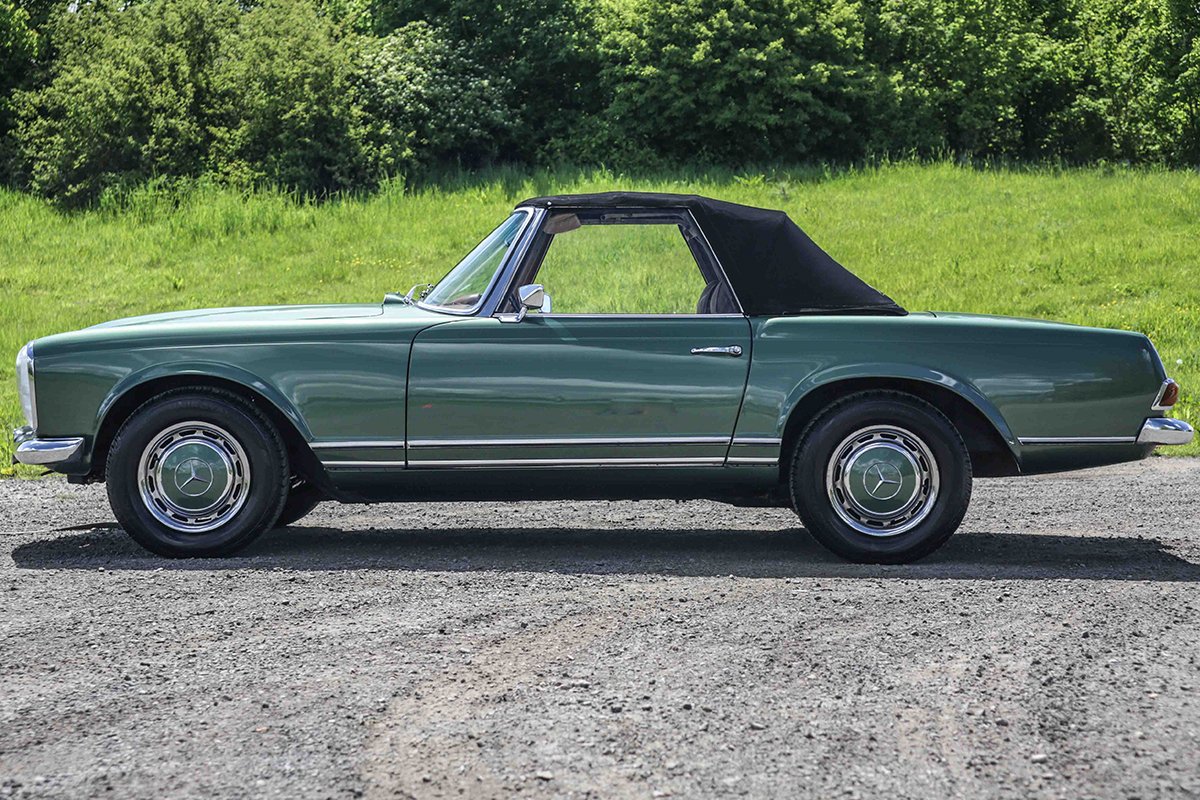 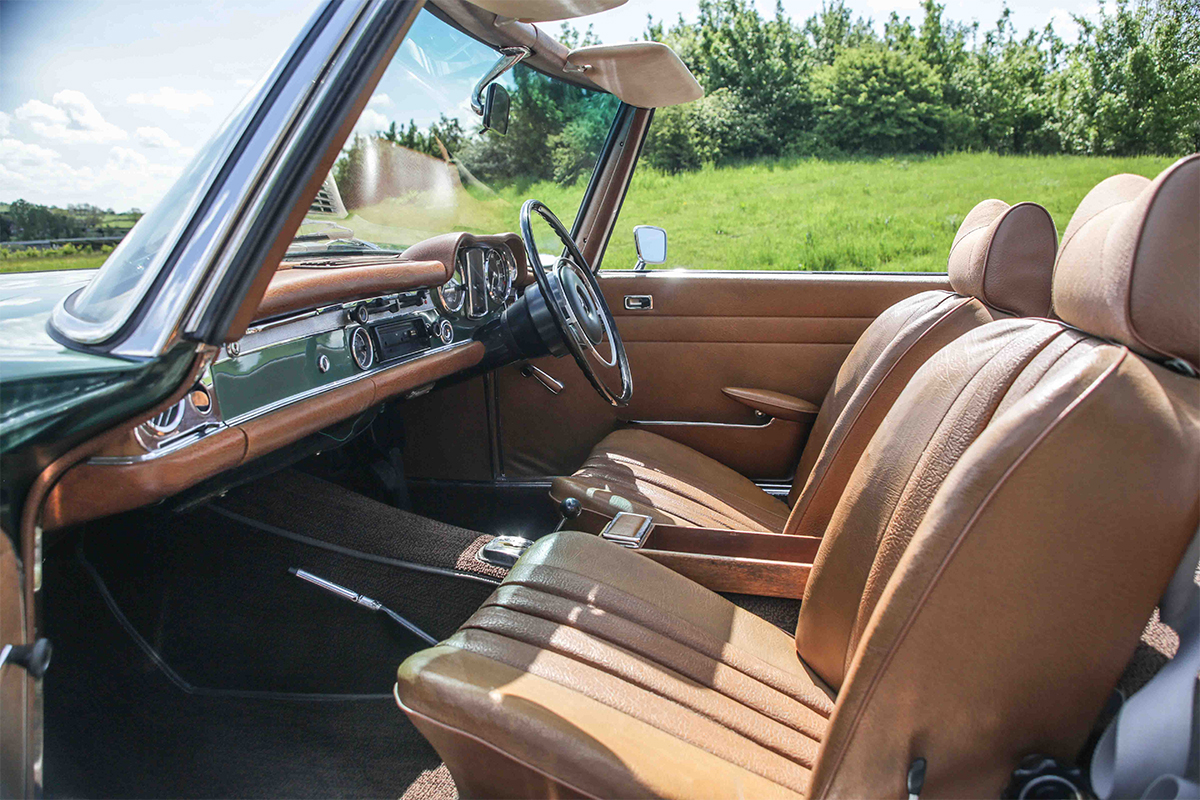 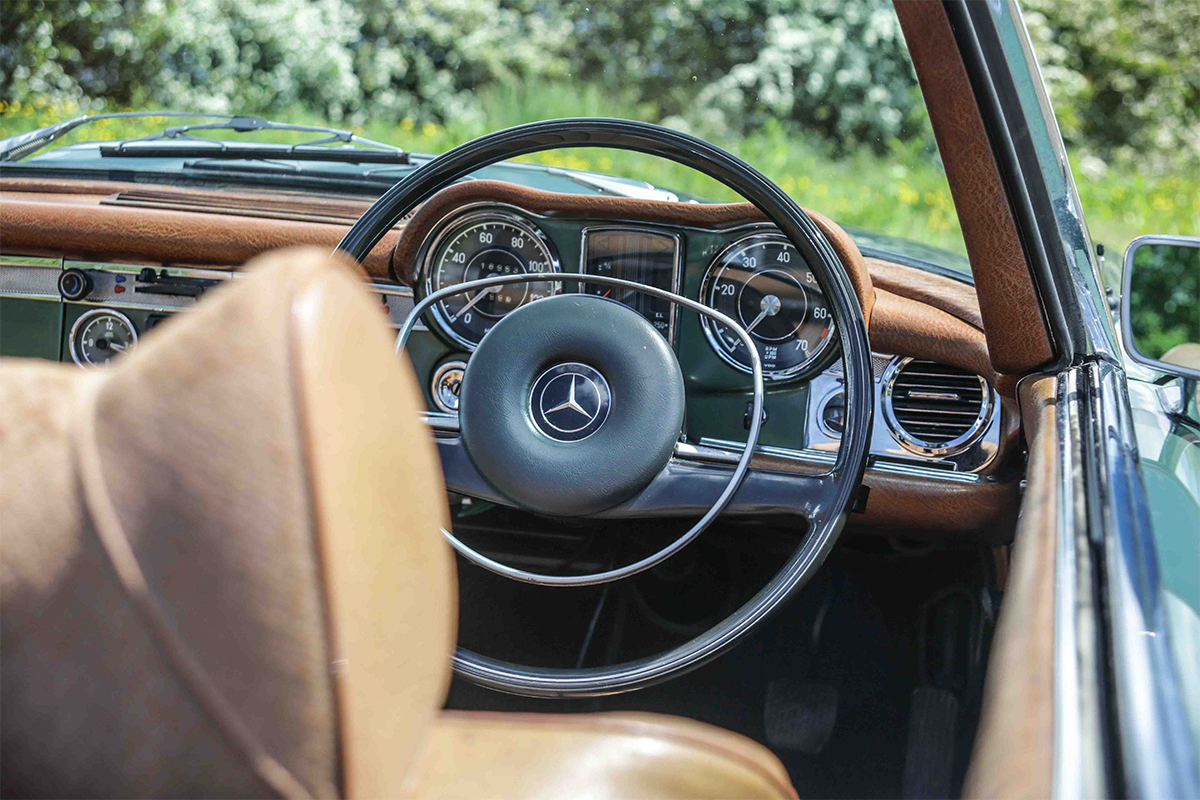 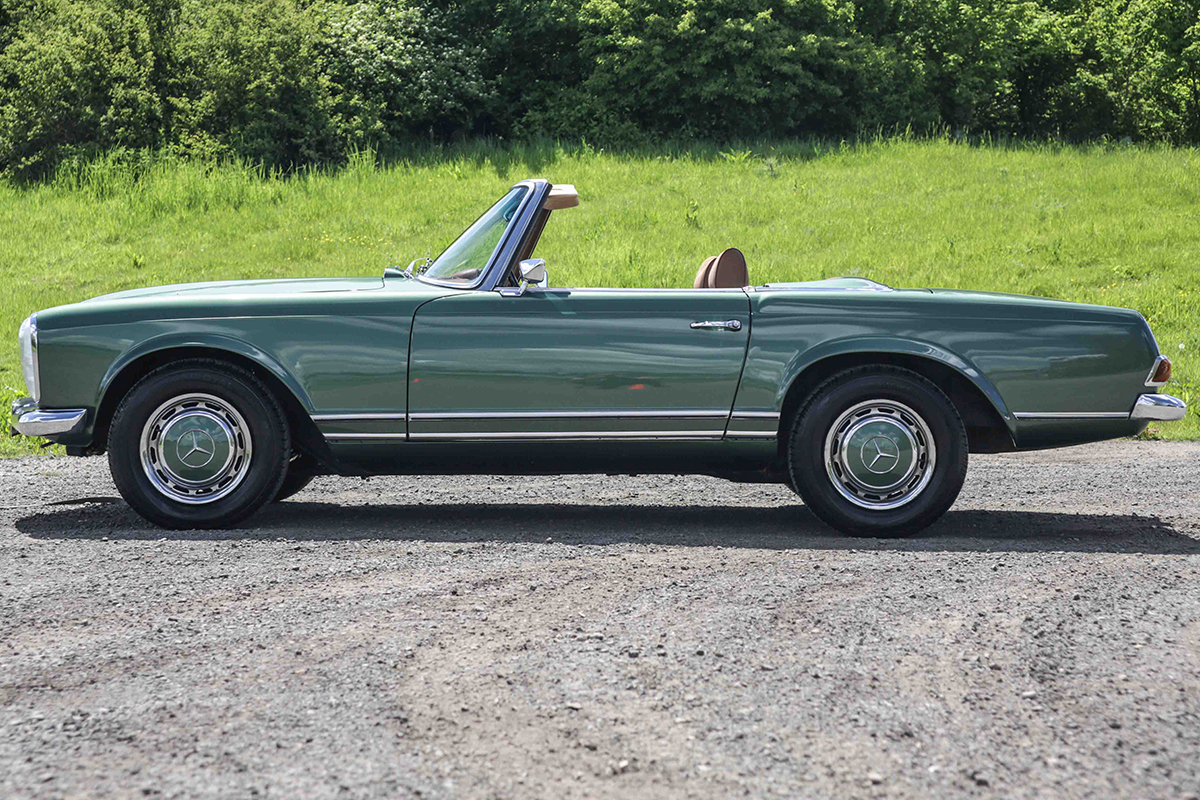 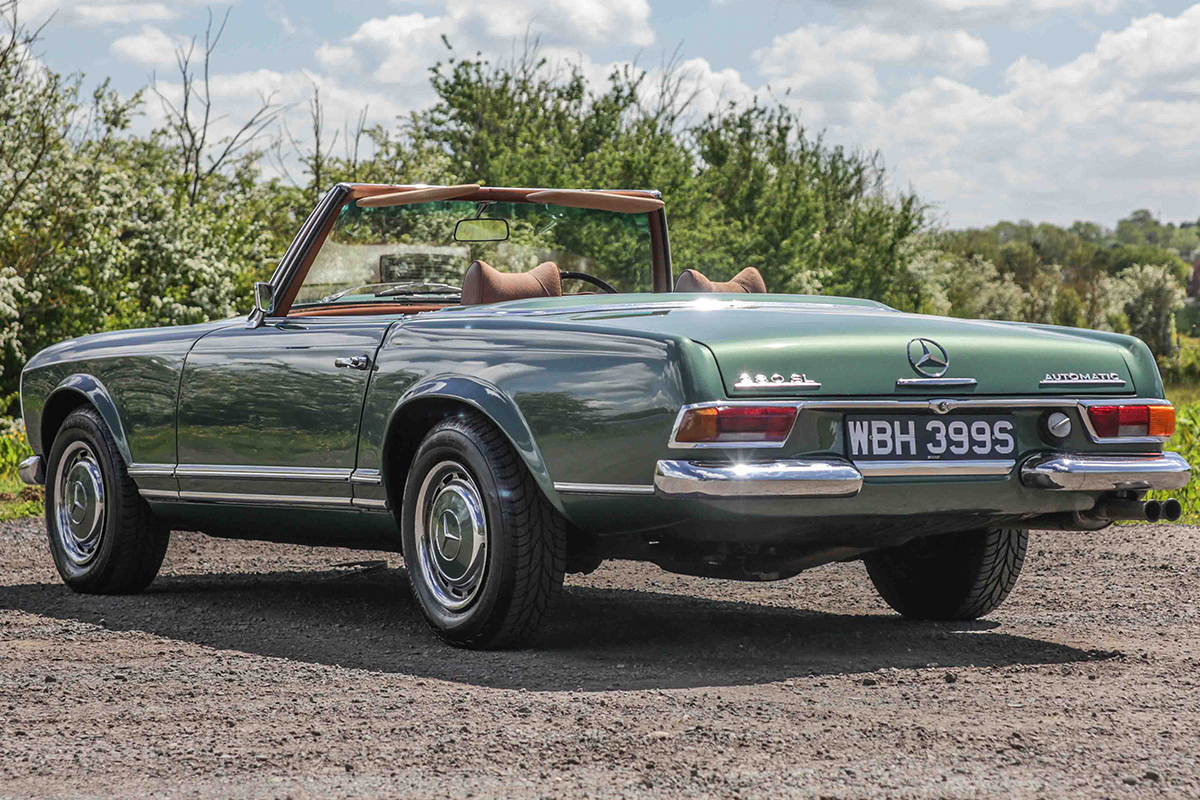 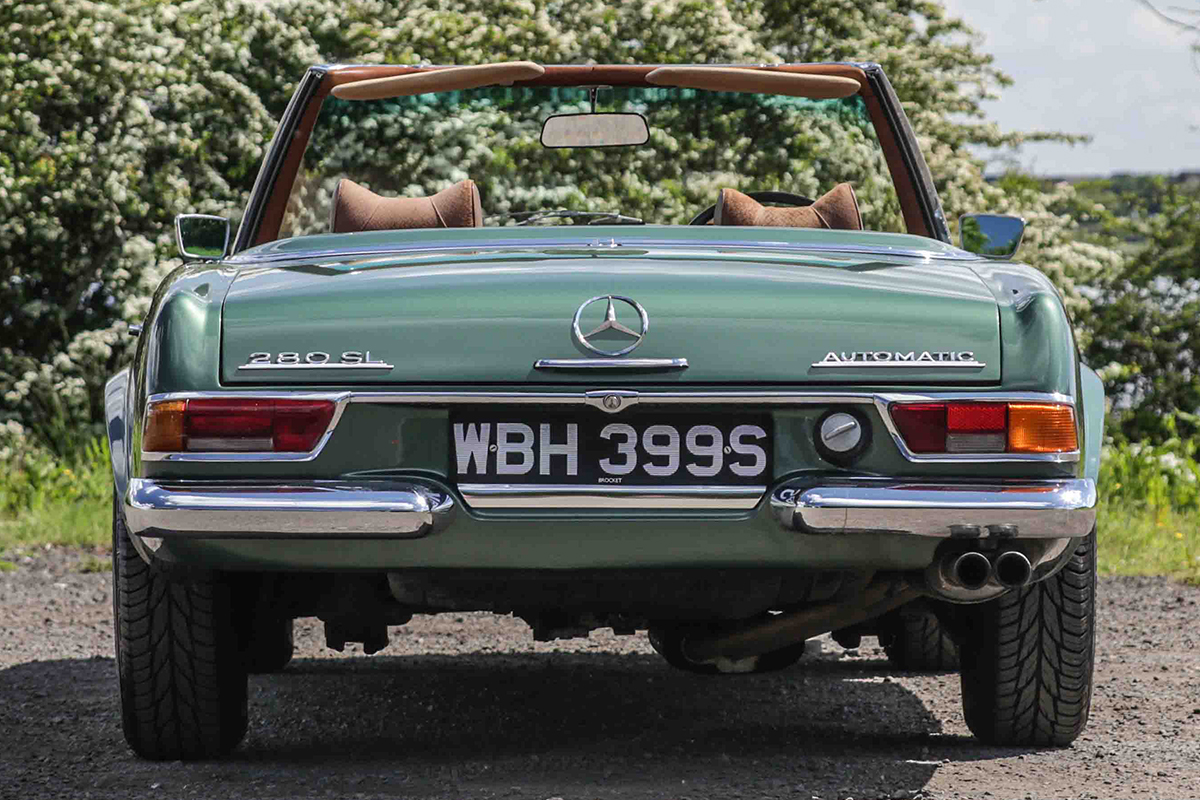 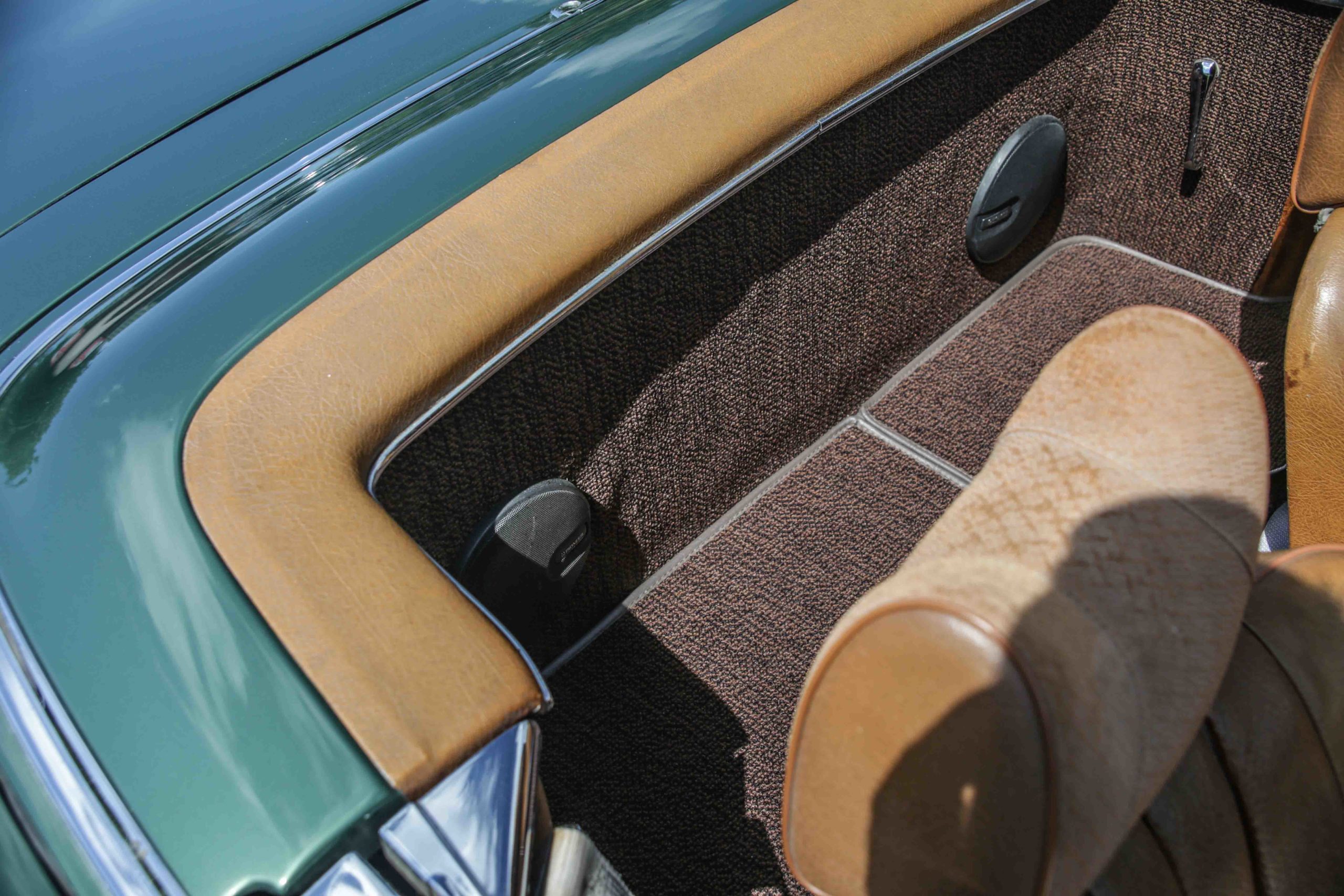 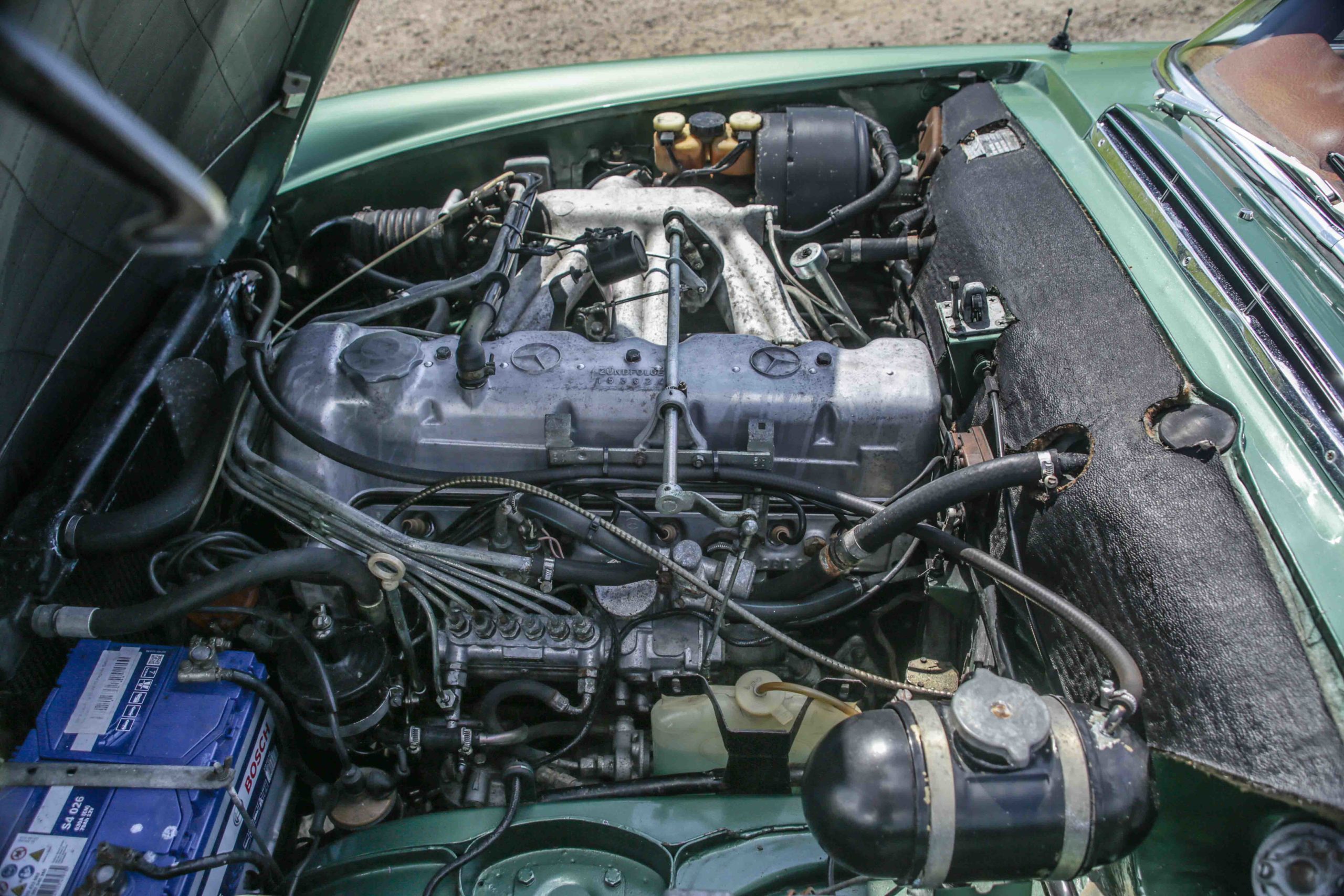 This beautiful 280SL Pagoda has a very interesting story, in that it was never buried underground… despite counting amongst it’s former keepers the infamous Lord Charles Brockett.

This 280SL is thought to have been ordered new in February of 1968 in Germany, being imported into the UK 9 years later in 1977, making it a European specification 280SL in Right Hand Drive. The current owner has cared for this car since 1996, during which time it has been extensively restored.

Finished in the factory correct combination of Moss Green Metallic of Cognac MB Tex, this is one striking Pagoda from any angle. In 1996 that 2.8 litre straight-six engine was rebuilt by none other than Cedric Selzer (now retired), who was Jim Clark’s head mechanic in the 1960s. Up until today it has been serviced by a reputable Mercedes-Benz specialist in the UK.

In 2007 the car was taken to Portugal where it underwent a full and meticulous restoration at the hands of Francisco Silva. Since 2015 it has been stored in the UK whilst the owner was located overseas, and is now offered for sale having been cherished and adored by the same person for a quarter of a century. When we asked the gentleman for a few photos of the car during his ownership, he replied that he wasn’t sure which he would choose out of ‘thousands’.

This is an opportunity to acquire a very unusual and attractive 280SL, with a fantastic story. A car that has been loved and used, looking for a new owner to take on the mantle and create a new photo album of memories.