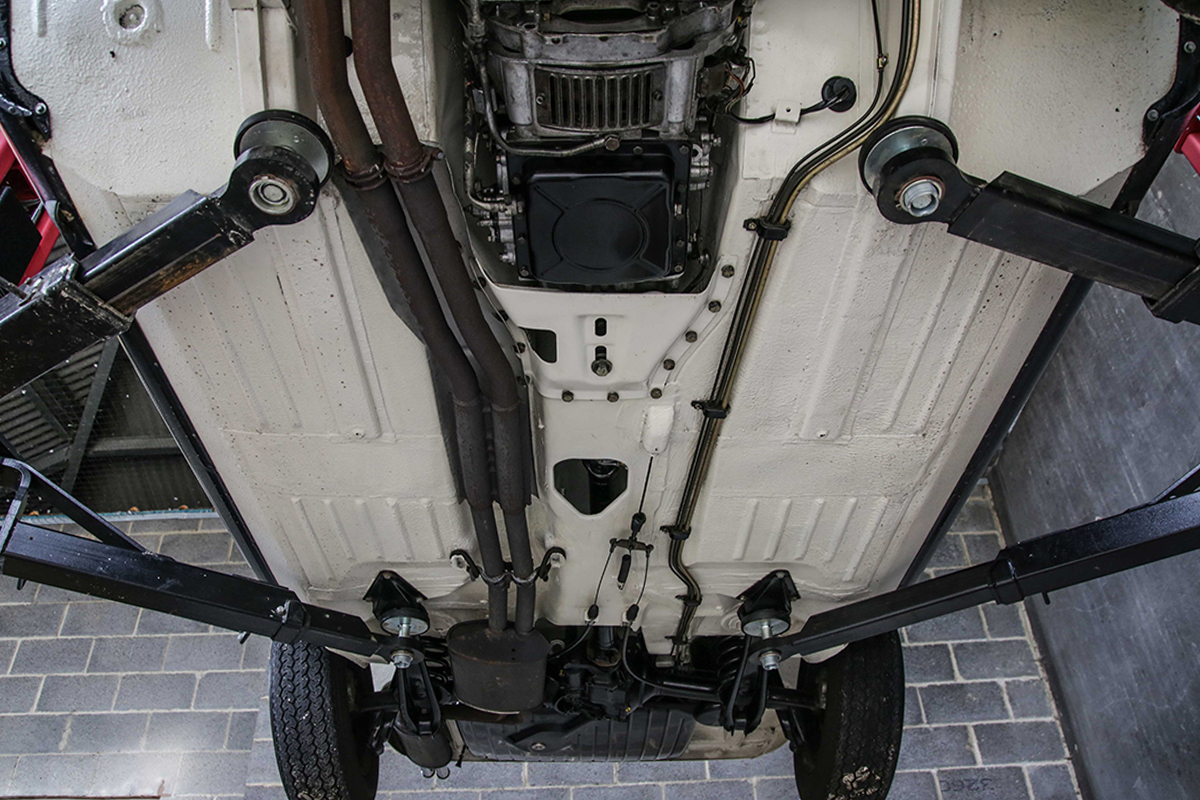 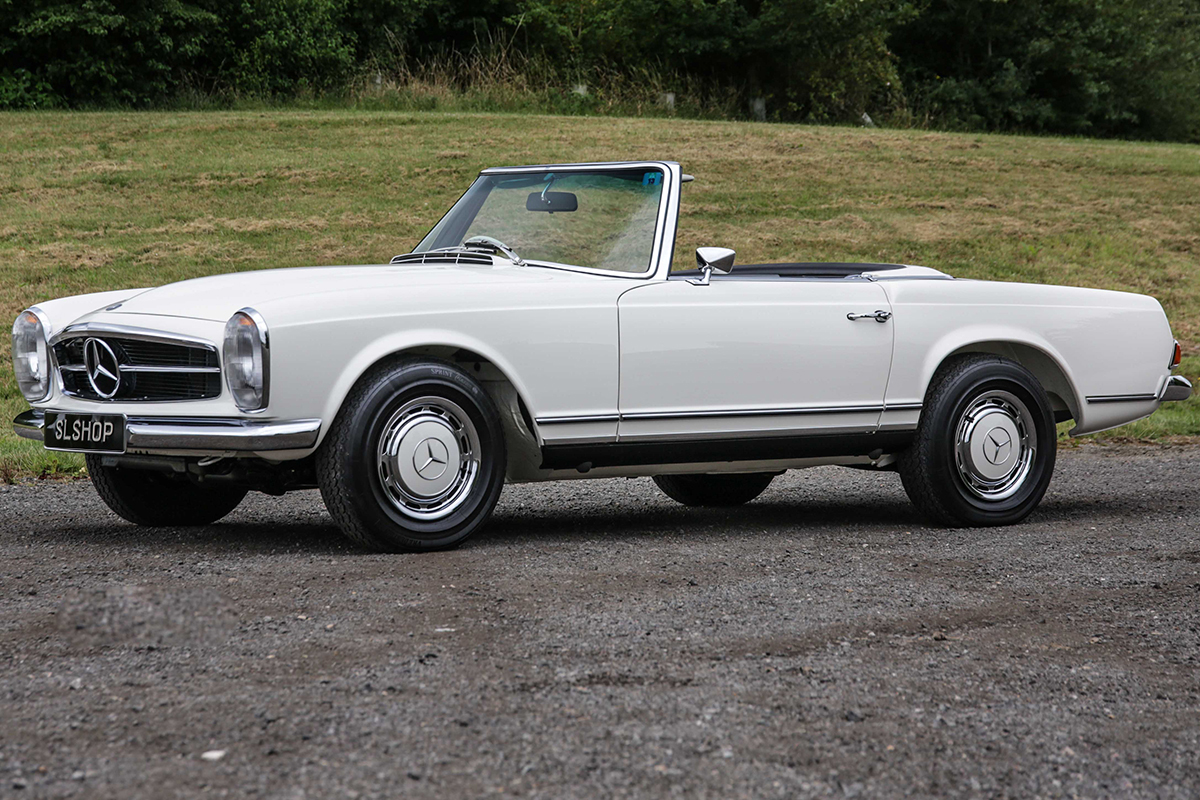 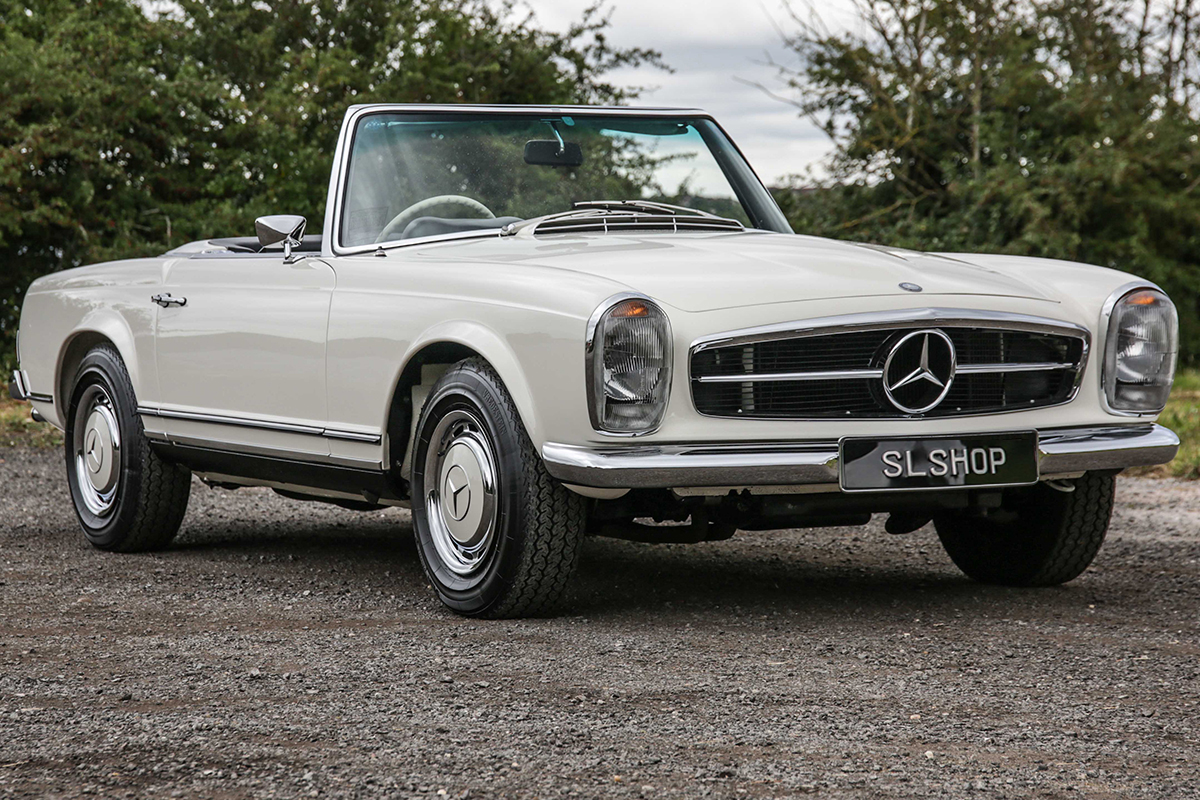 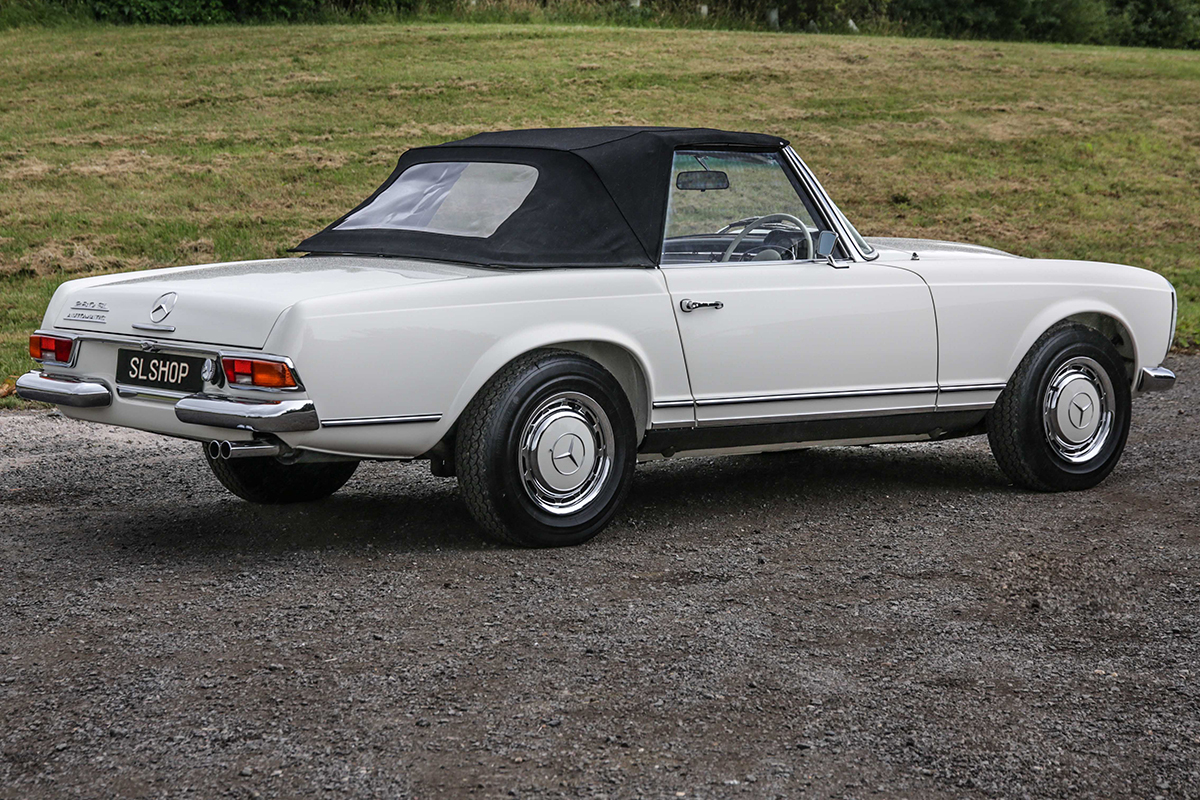 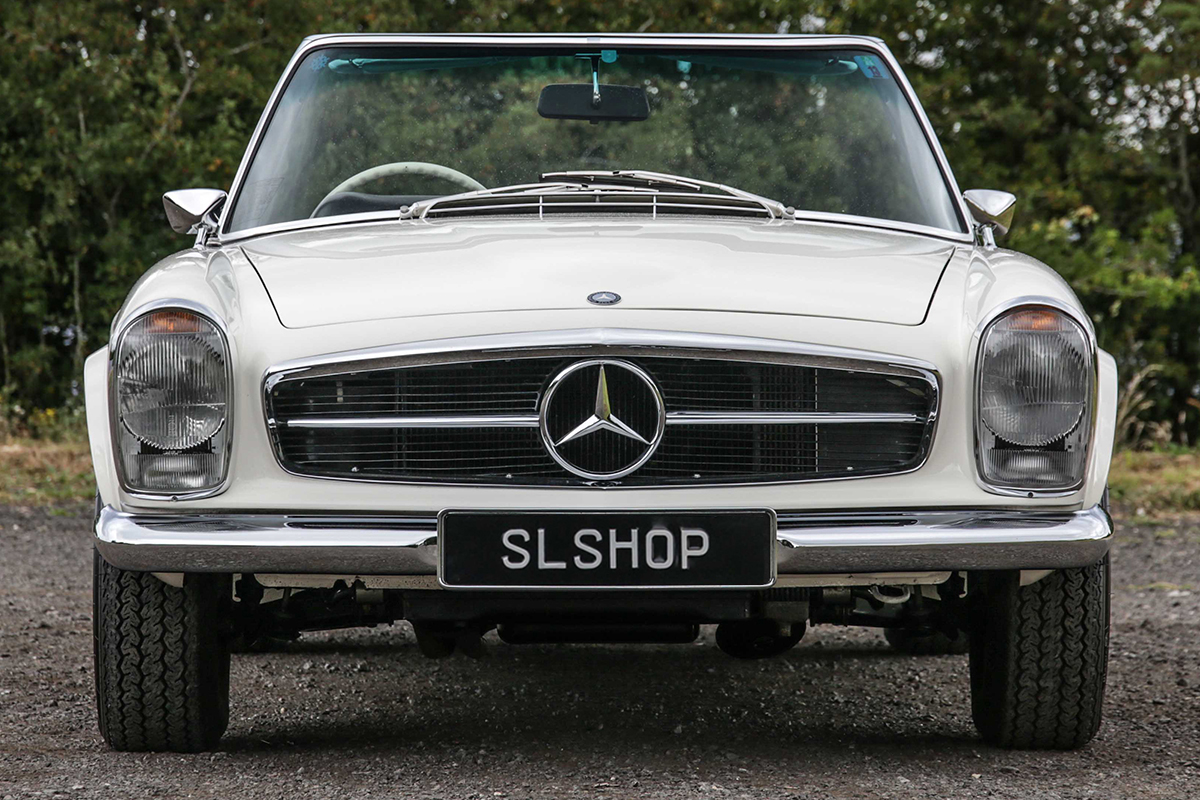 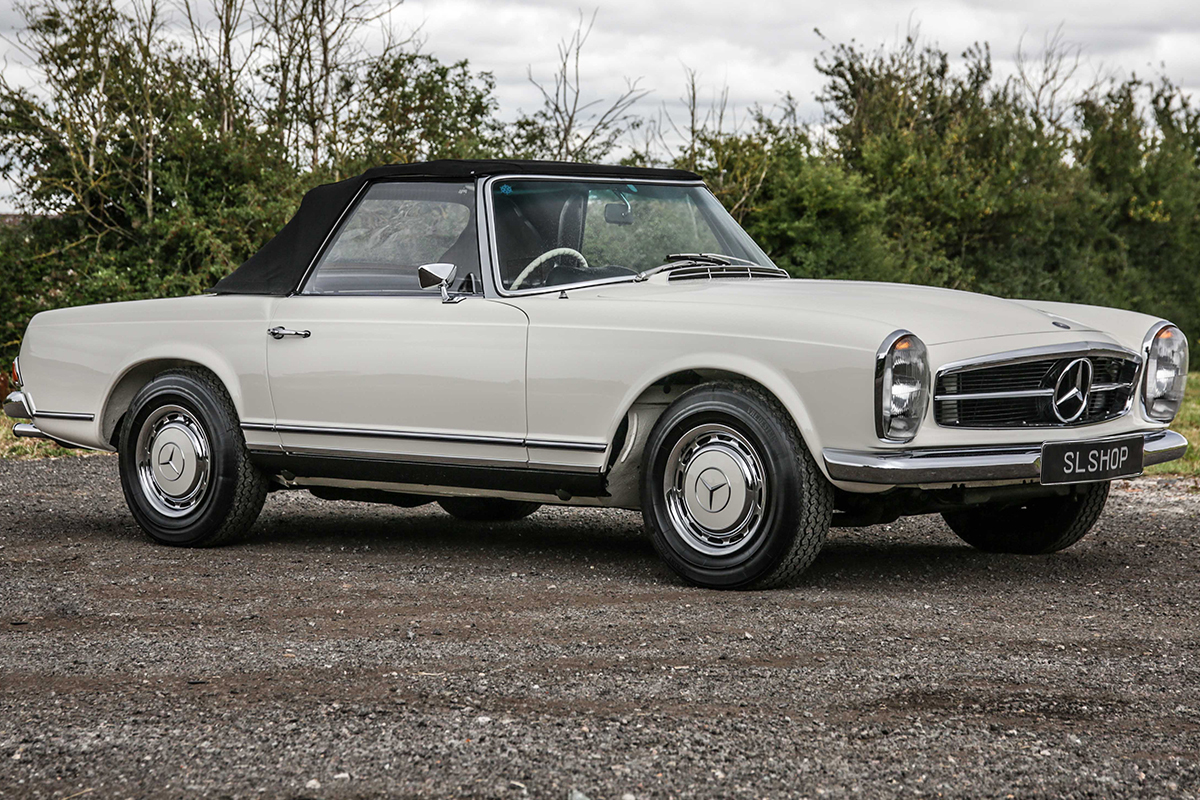 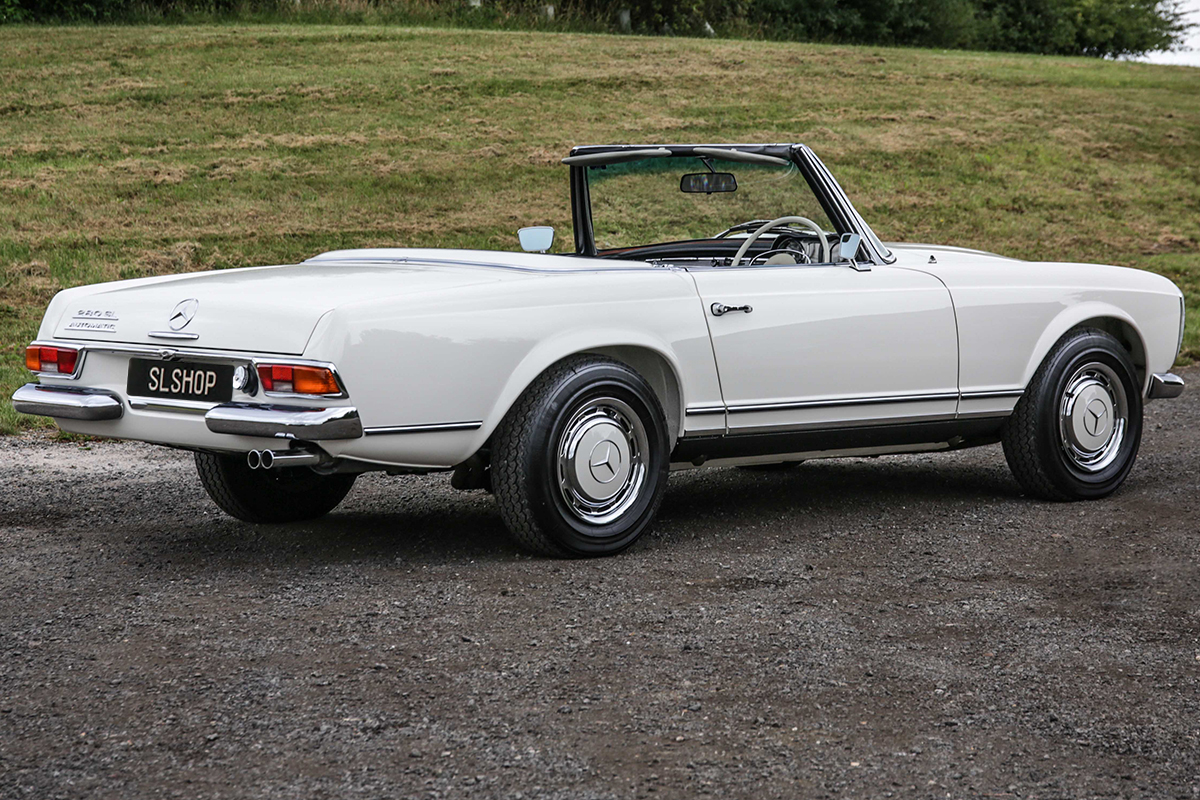 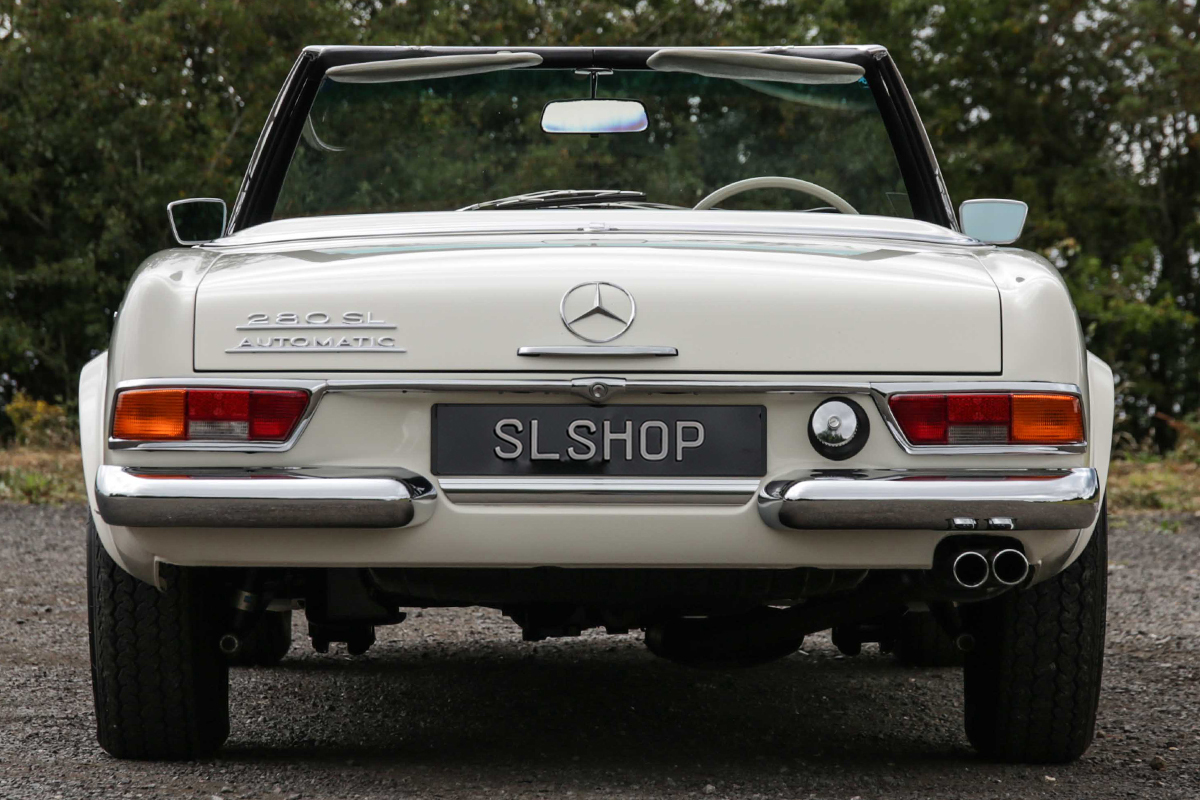 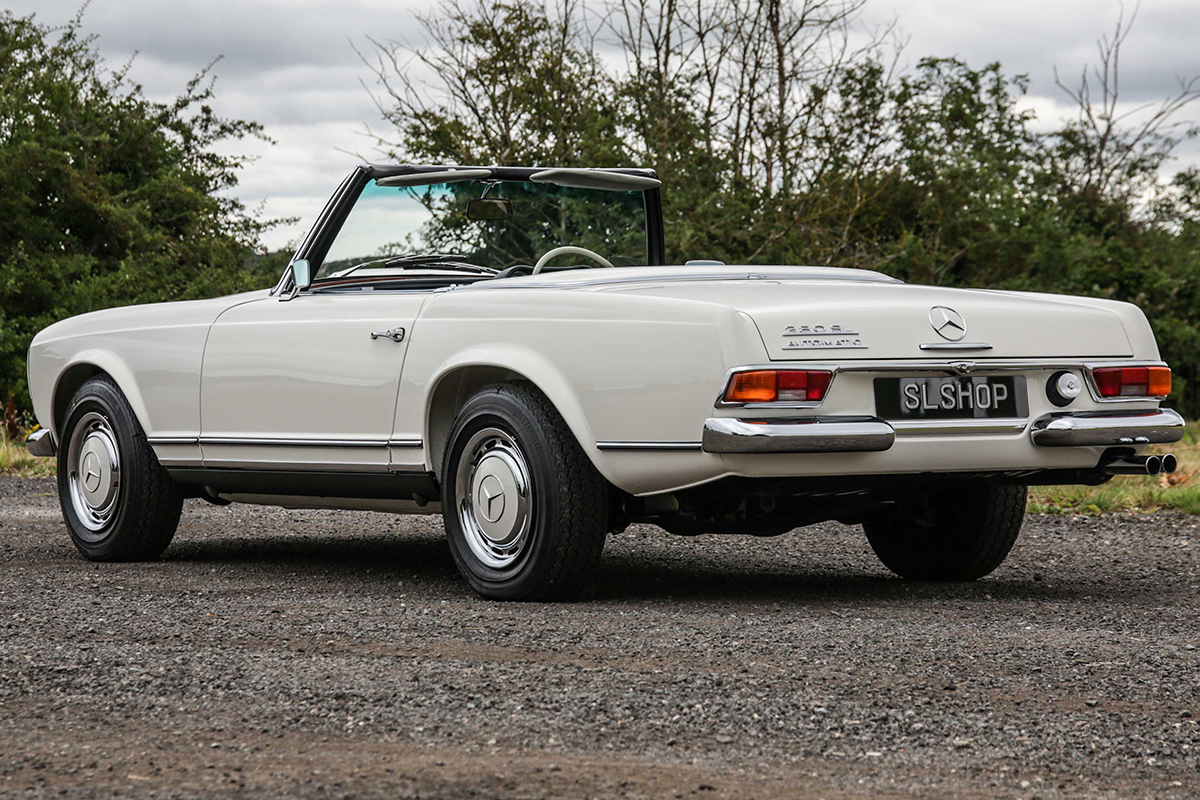 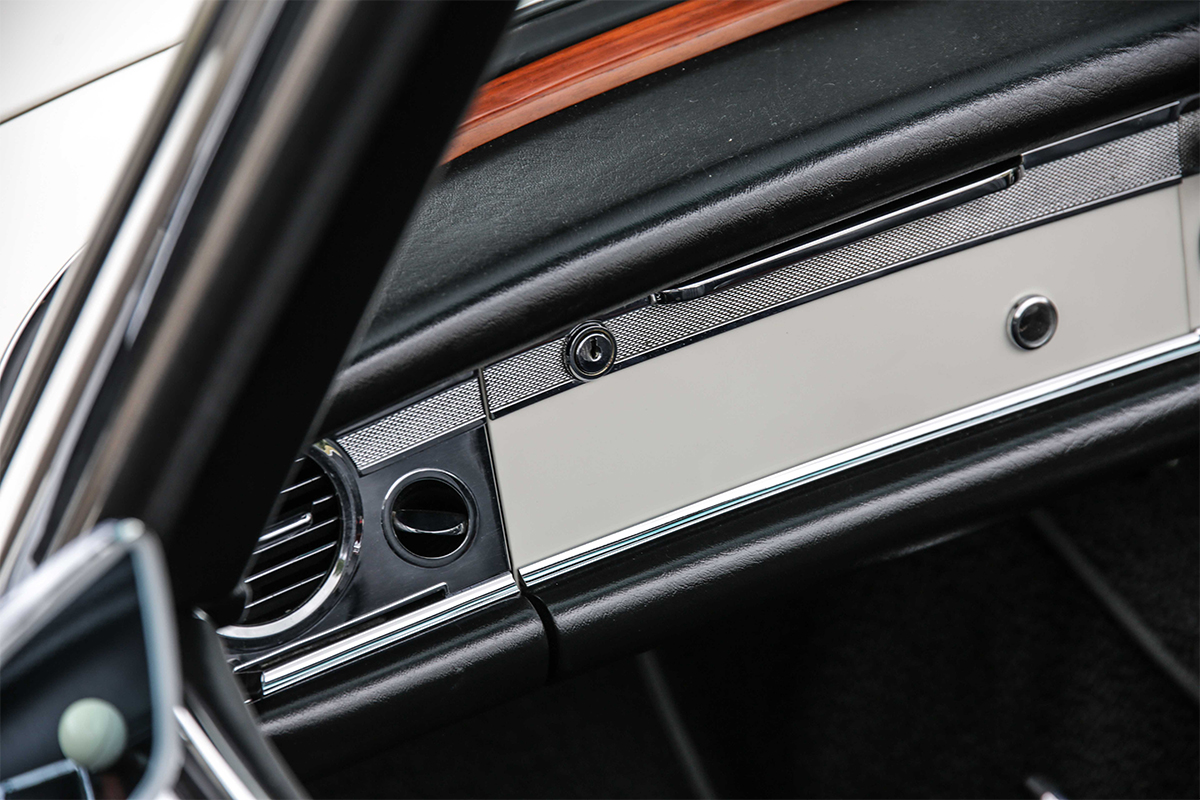 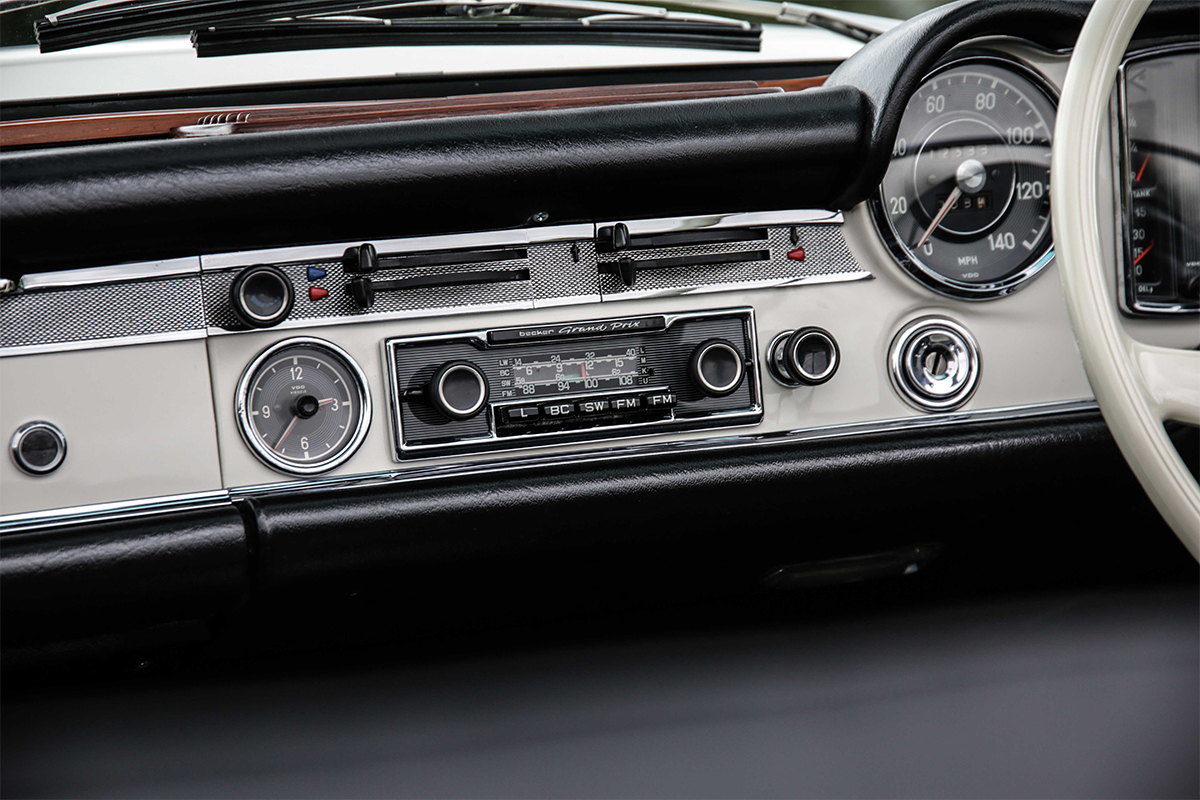 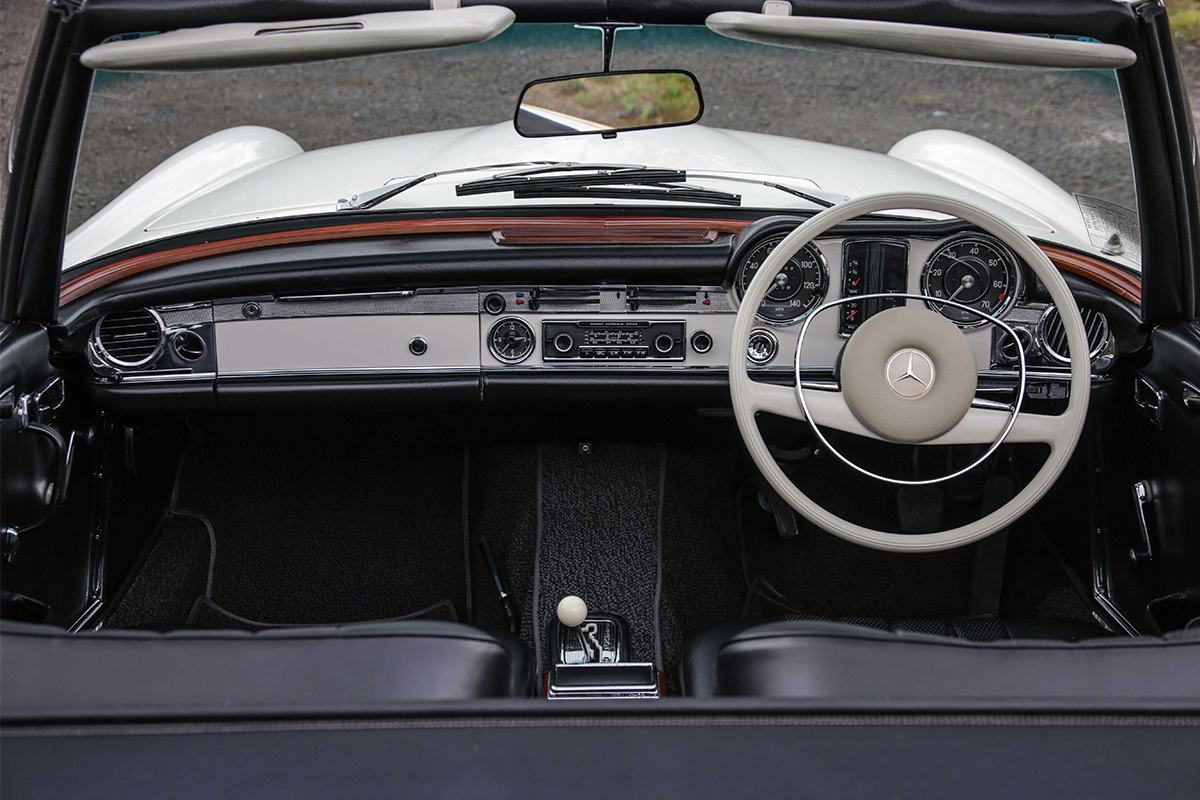 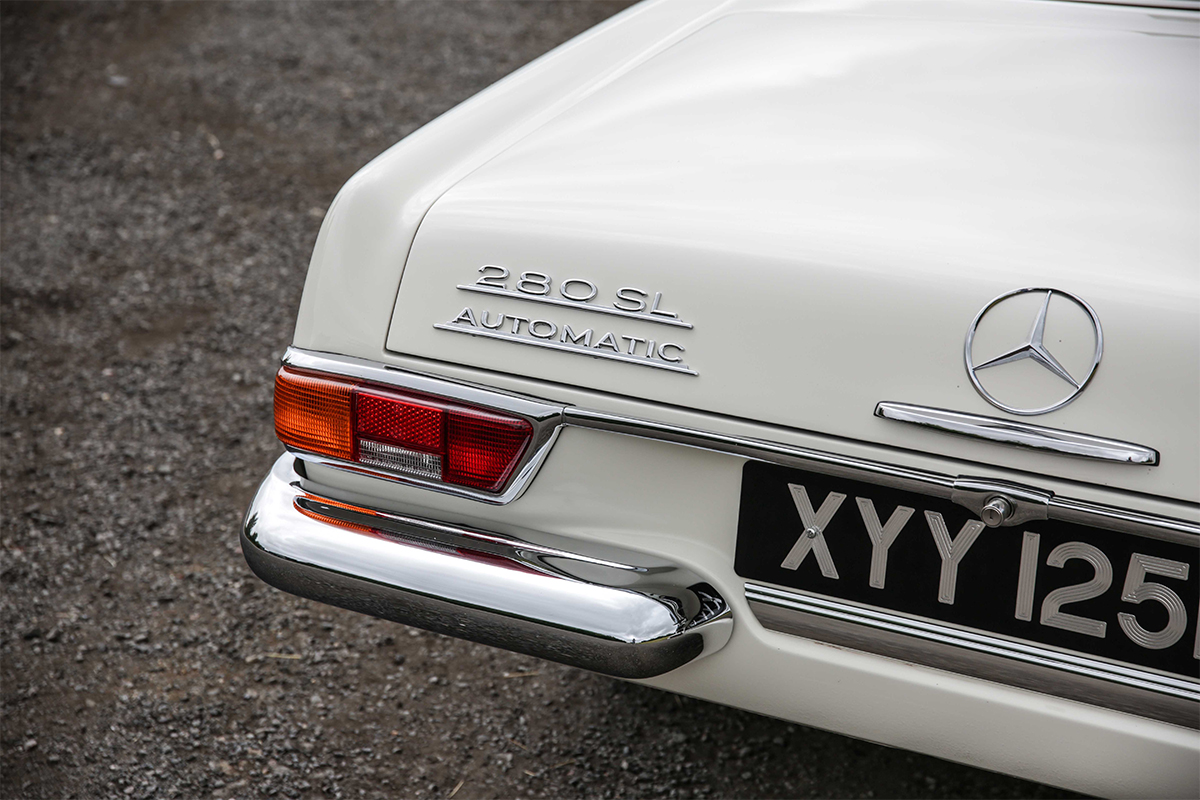 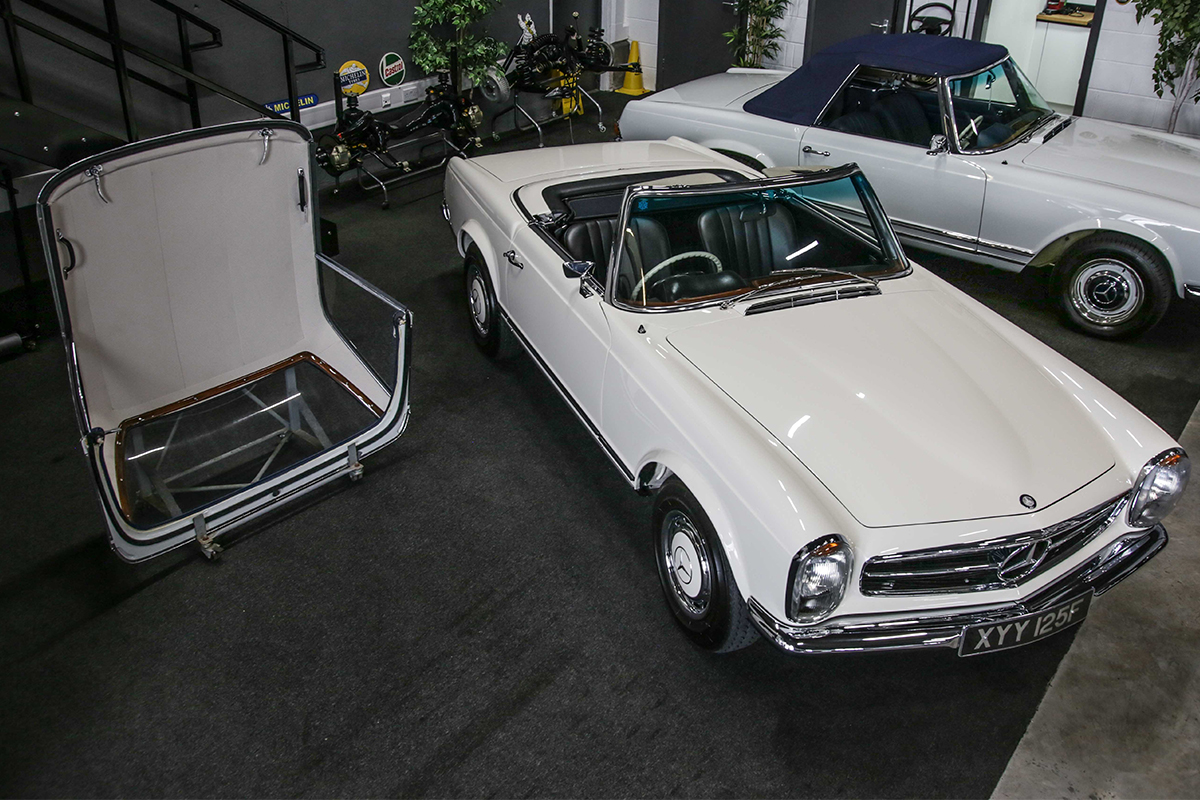 When it comes to the Mercedes-Benz Pagoda, the 280SL Automatic is the model that buyers aspire to. The driving experience and extra power that the 2.8 litre M130 engine provides has always had the greatest appeal amongst Pagoda owners, and a good example 280SL is a very enjoyable classic car to drive and own.

More than half of all Pagodas produced were destined for the United States, making the few remaining right hand drive UK ordered 280SLs very special indeed.

This White with Black 280SL was built in 1968, ordered new in those very colours. A comprehensive history file accompanies the car, spanning four ring binders including a detailed photo record of the restoration.

The paper trail that accompanies this car begins in 1978, with an original receipt that shows a Mr K purchasing it for the princely sum of £4,500. Mr K and the subsequent keepers took the trouble to maintain a diligent service and documentation record, which demonstrates this car was cherished and loved through the 1980s and 1990s – we particularly like the type written letter from a customer to a garage that refers directly to the car as ‘My Baby’, dated June 1987. Almost two decades later in 2005 an engineers report shows the car to be in very good order, remarking that all previous work has been ‘carried out to a high standard and there is no evidence of corrosion on either the chassis or floors’.

This note is evidence that throughout it’s life, this car has been cared for and stored correctly since the day it was built.

In 2014, despite the good overall condition of the car, a decision is made to undertake a comprehensive restoration. Using a well established and respected marque specialist, the car is stripped to it’s core components and rebuilt to the very highest standard.

The anecdotal story that accompanies the car is that the then owner sold a business, becoming a sudden recipient of not insignificant sums of money. Some of these funds were used to return the beloved 280SL to it’s absolute best, despite the fact that the car was by all accounts in good, more than presentable working order.

The restoration that followed is carefully documented across two photo albums that are present with the car, and the level of preparation and detail of this restoration is visible within the photographs.

Further photos are available by request, of both the service record and the restoration. Please email us directly.