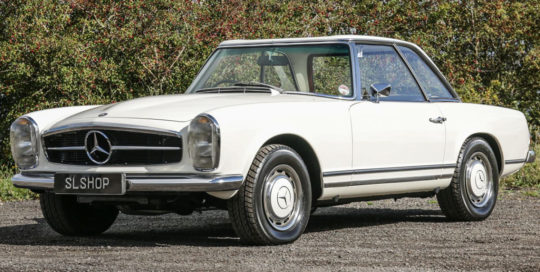 A delightful car in a period colour combination that looks fantastic with the roof on or off.

Complete with the original paint runs inside the boot lid, inner wings an all body panels with the correct engine.

Comes with a box file of documents including older MOTs, invoices and receipts and an owners manual.

A chance to get behind the wheel of a Pagoda that hasn’t been overly messed with.