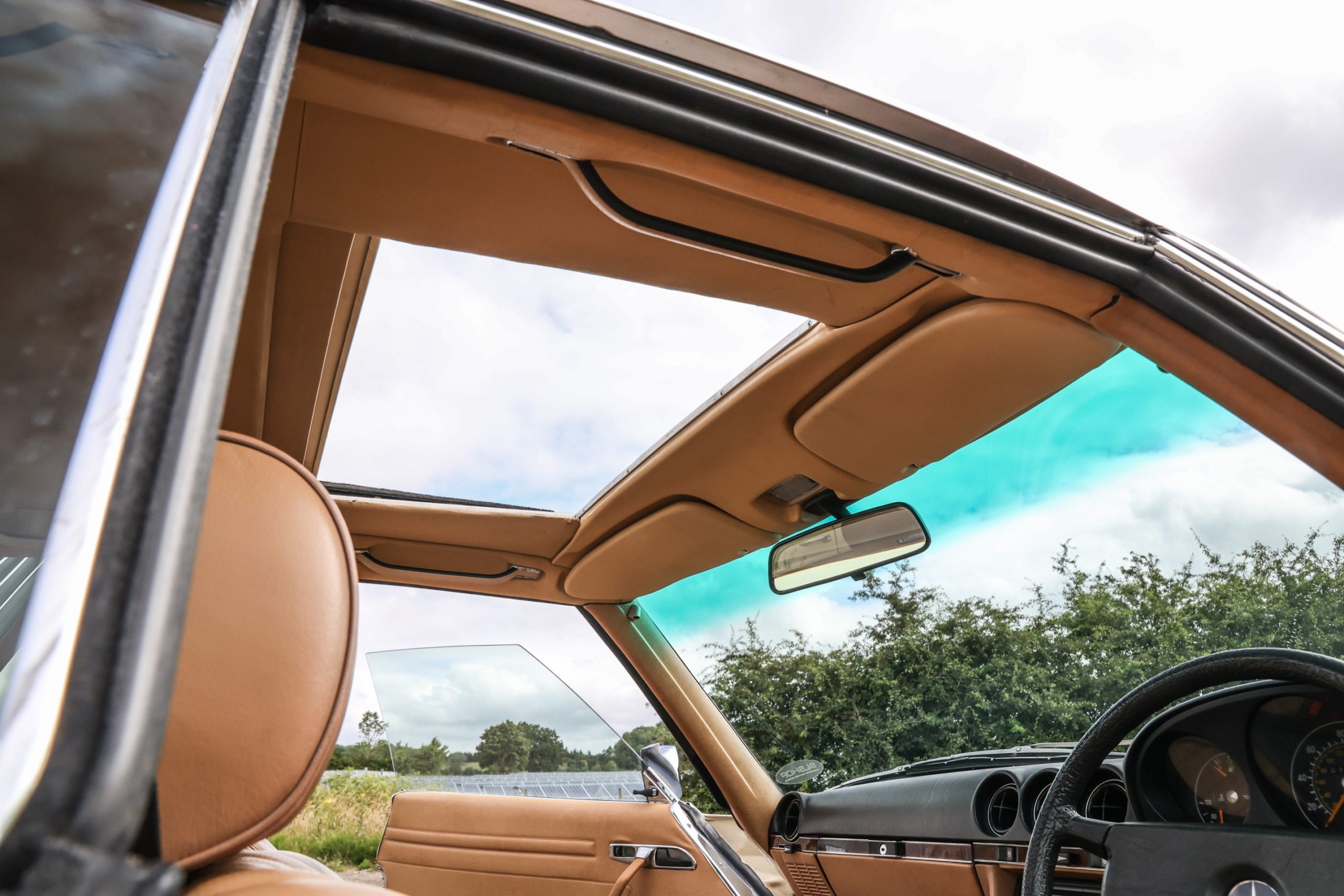 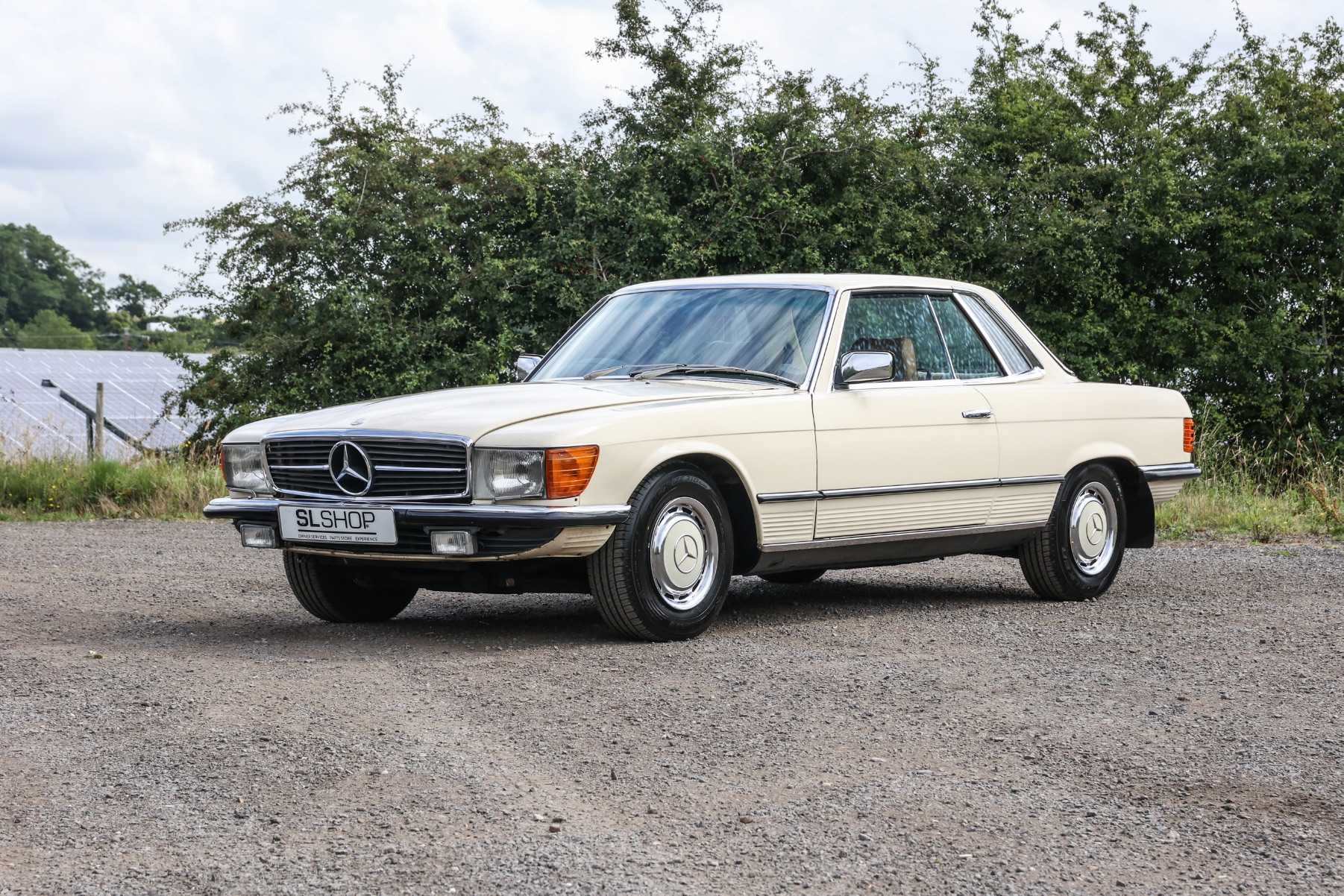 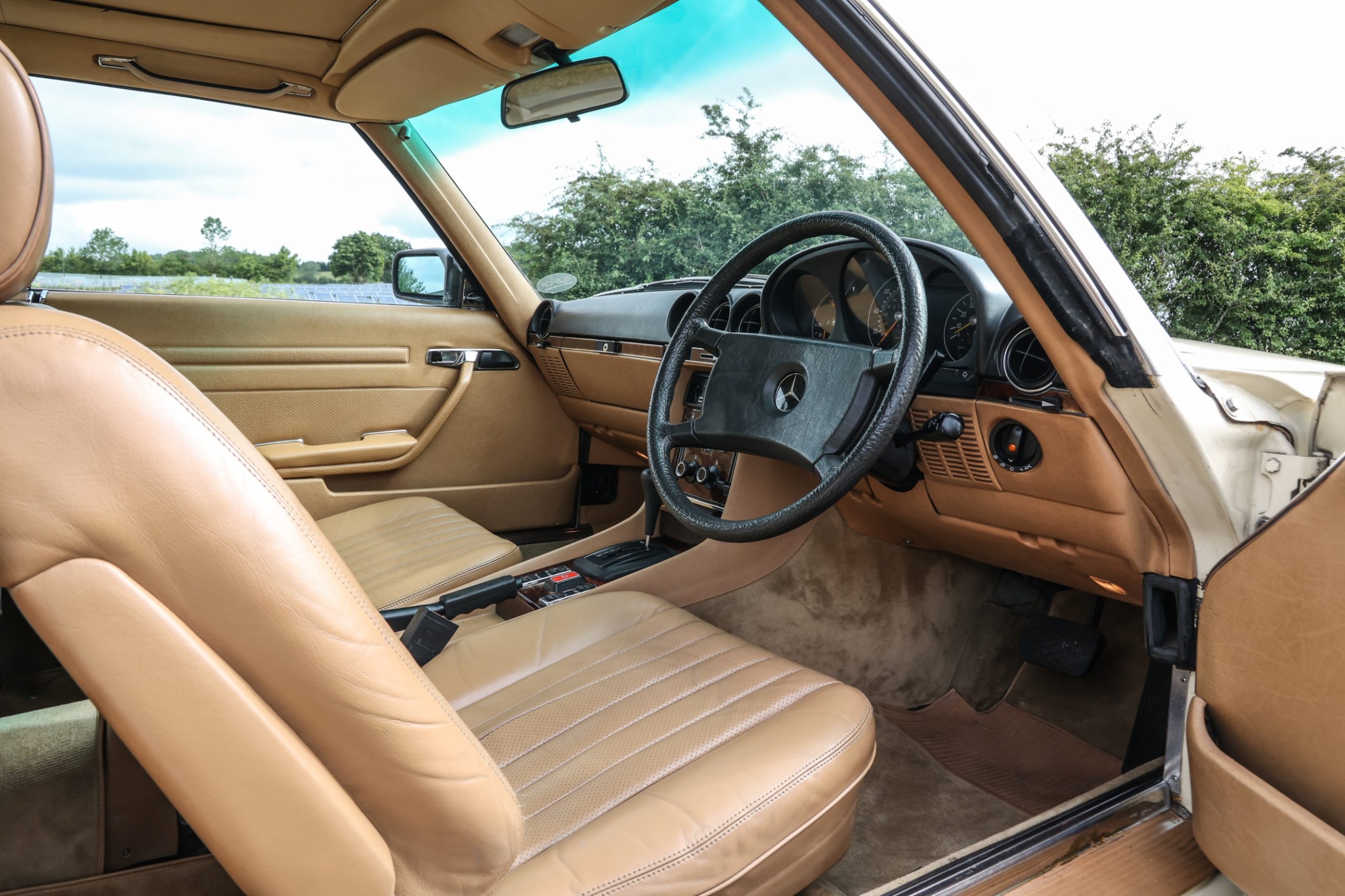 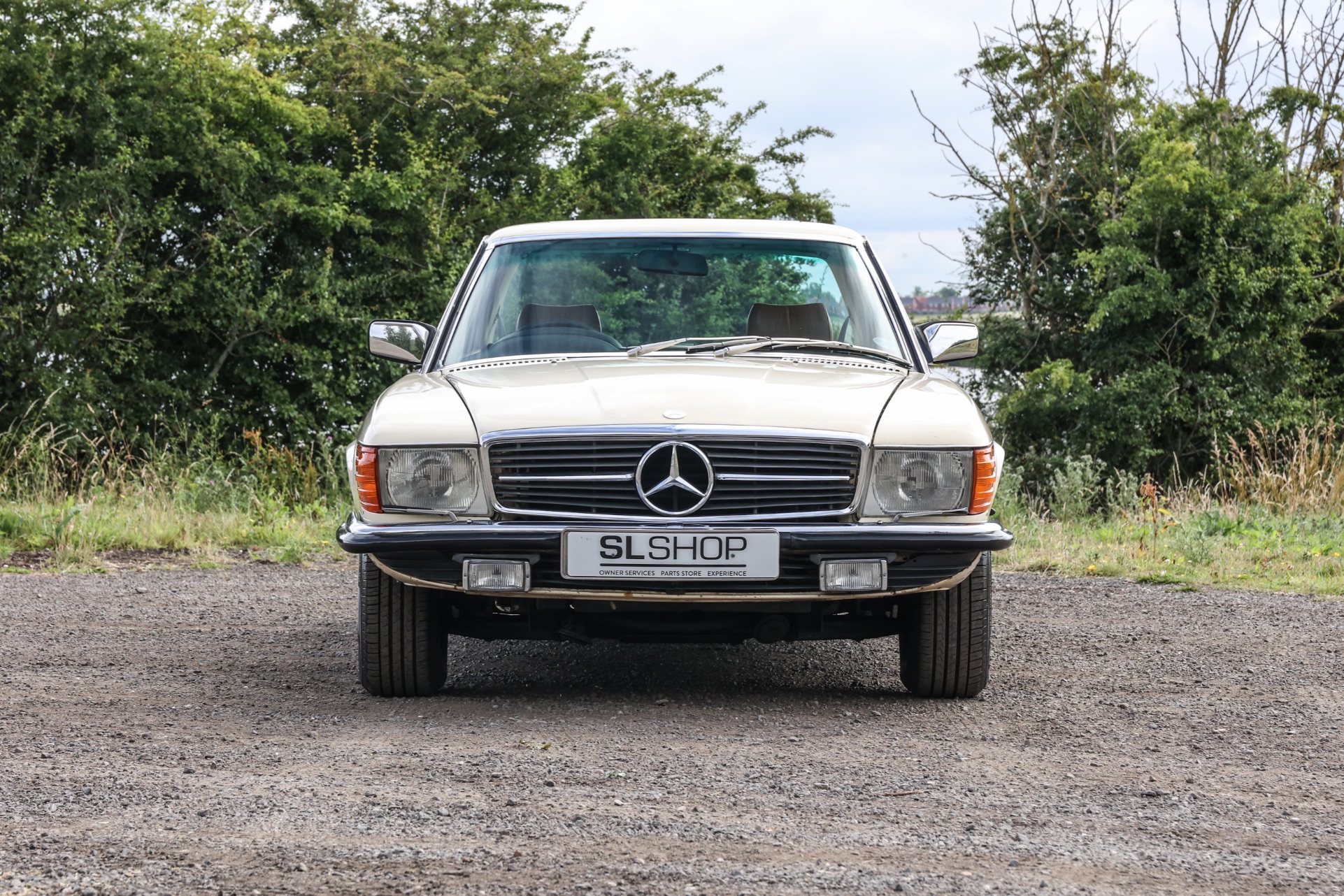 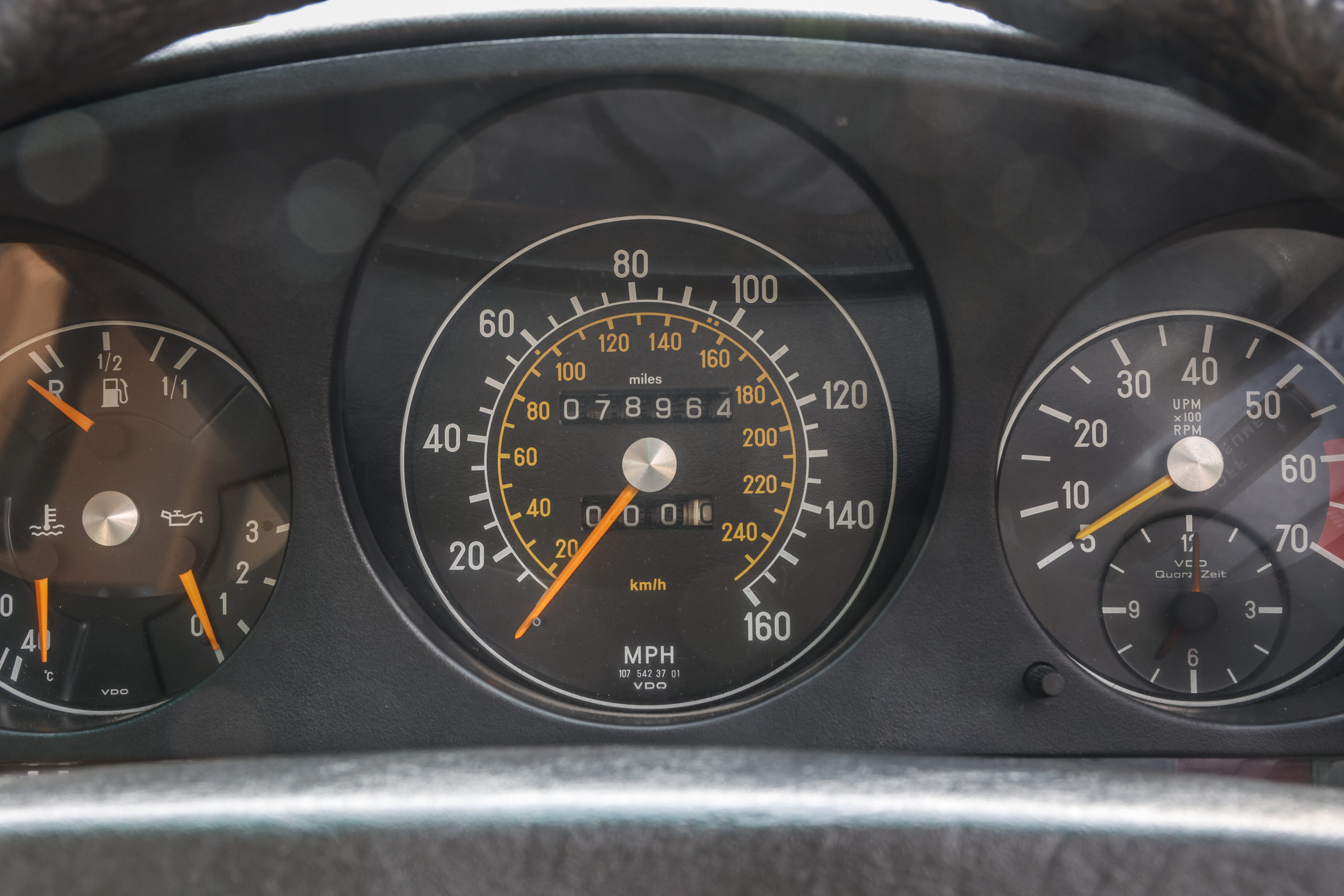 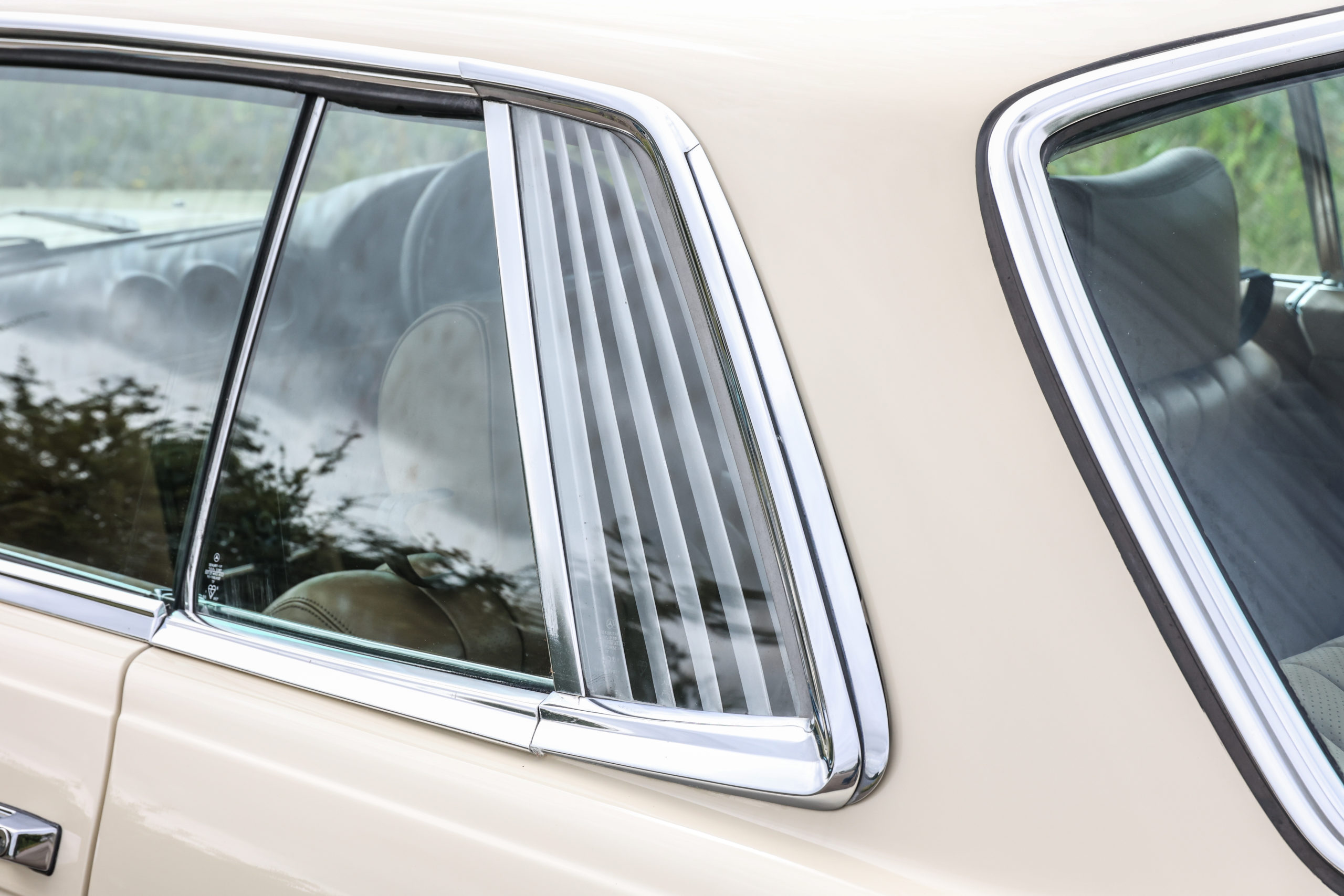 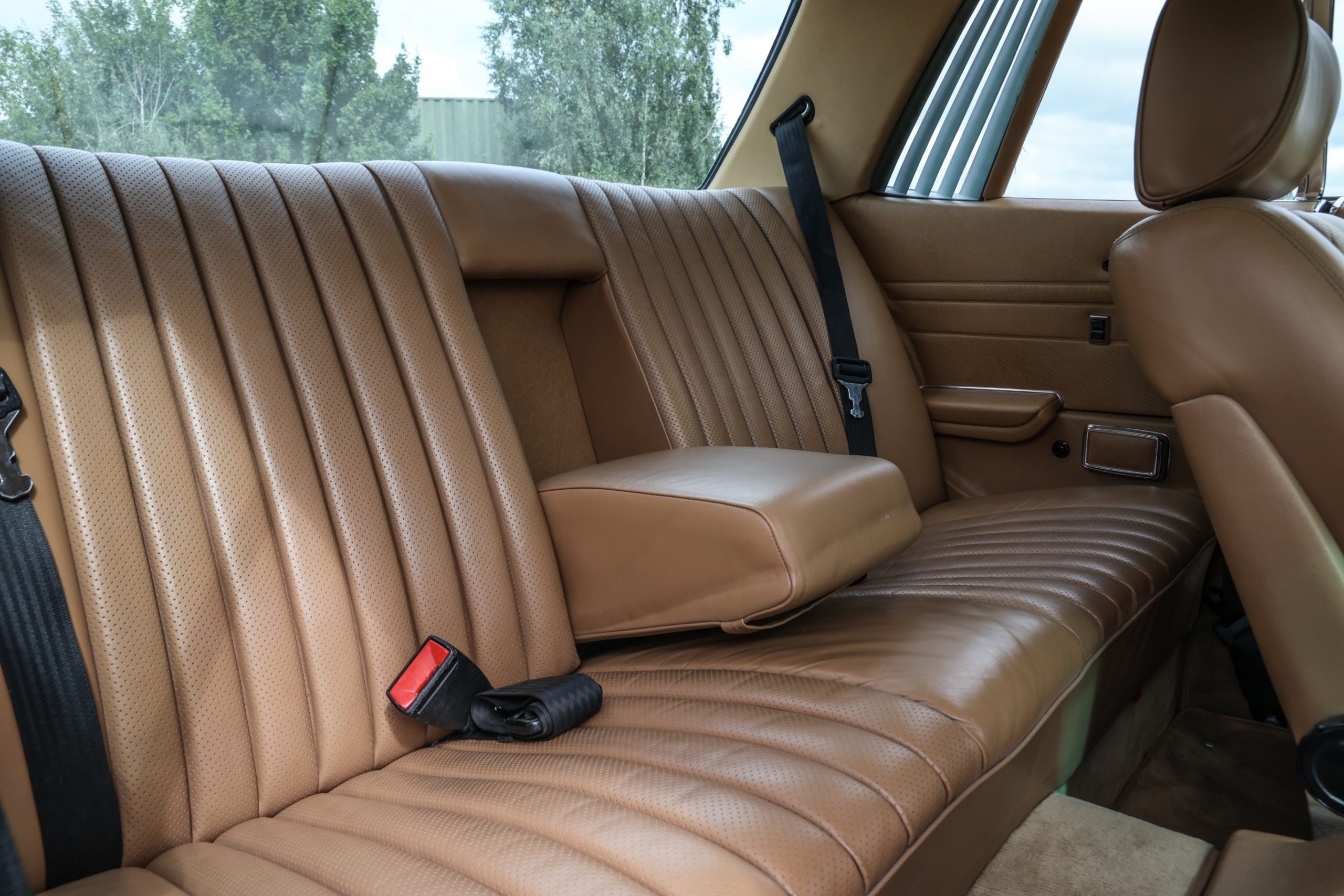 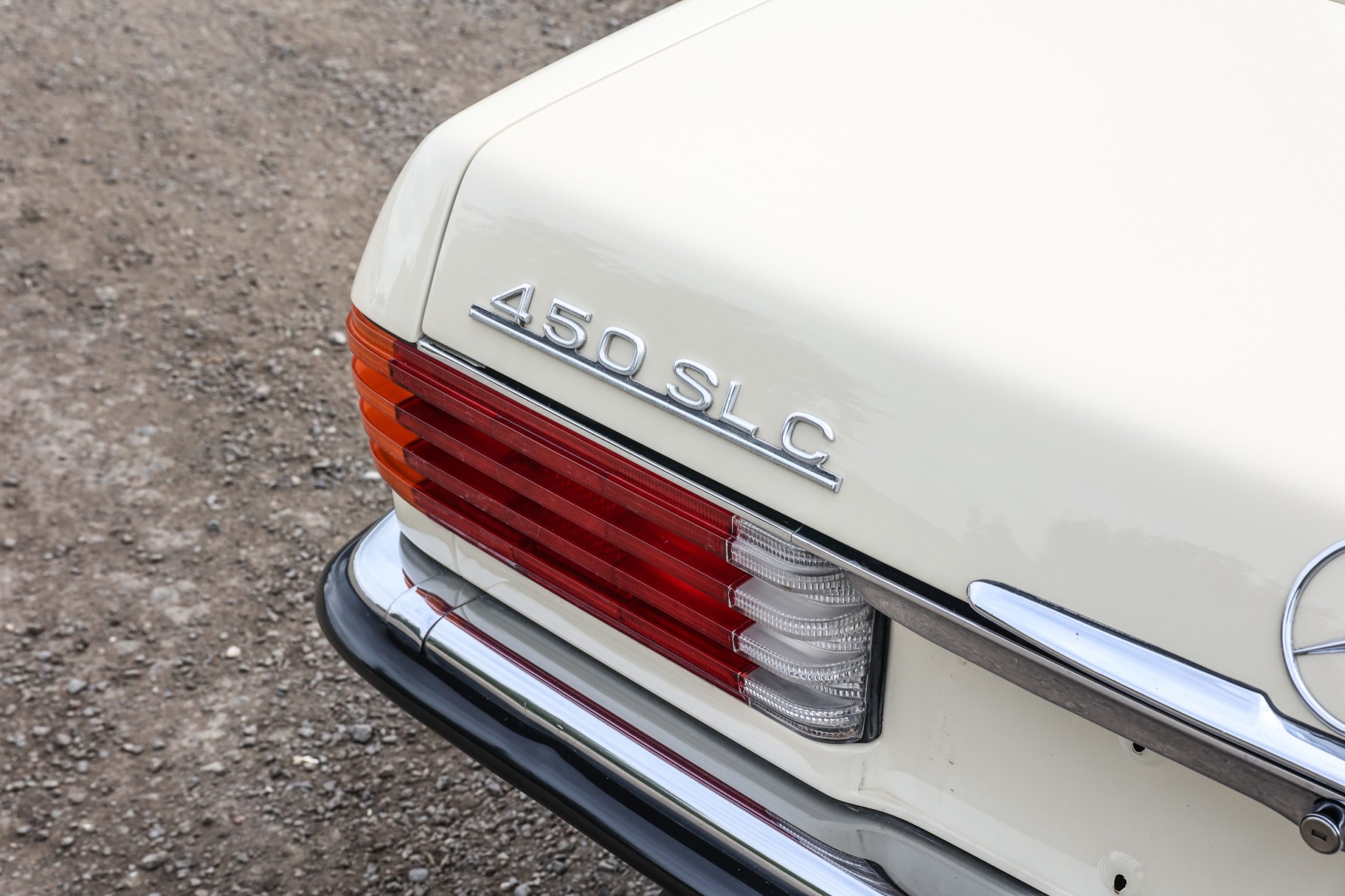 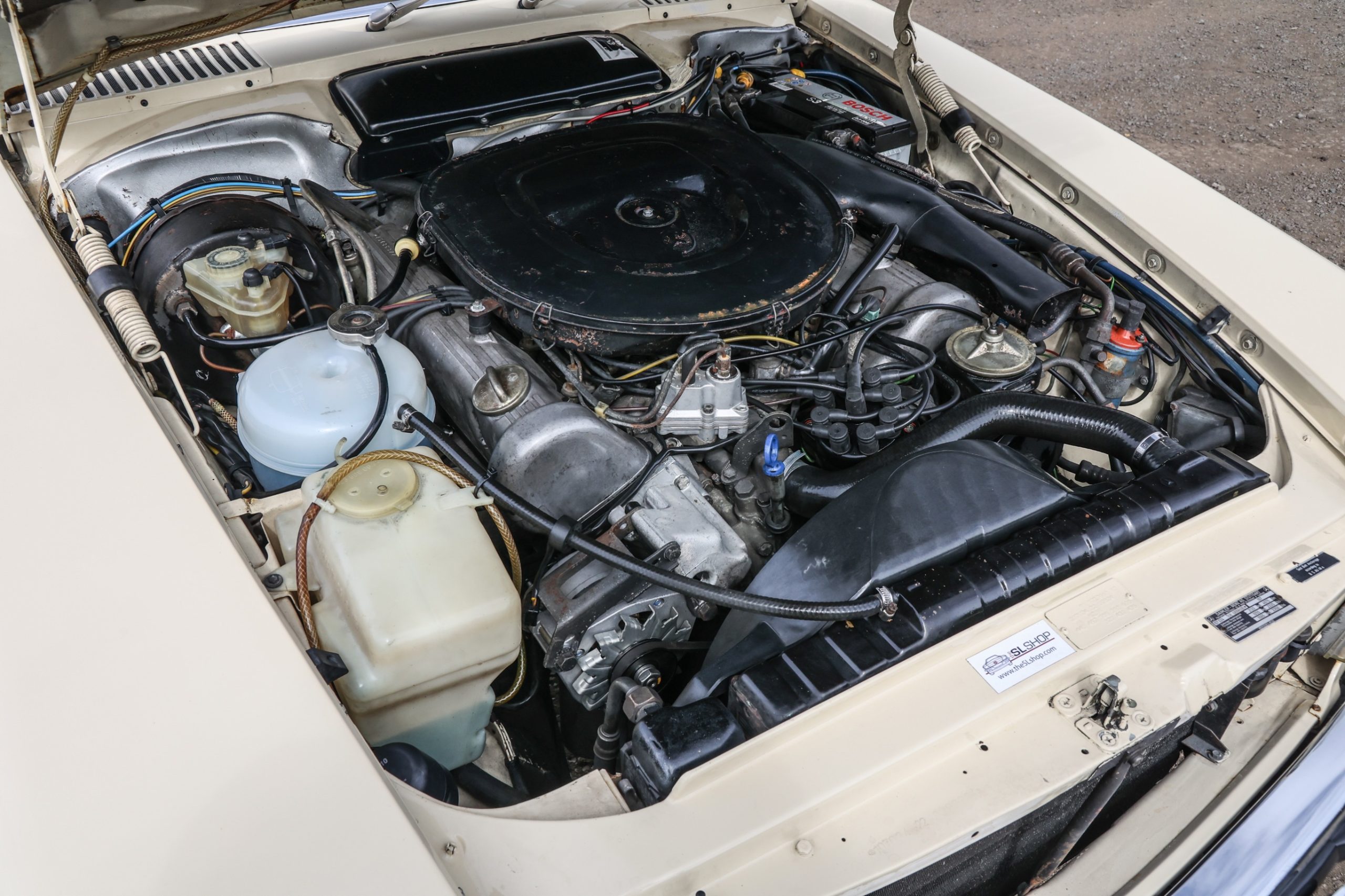 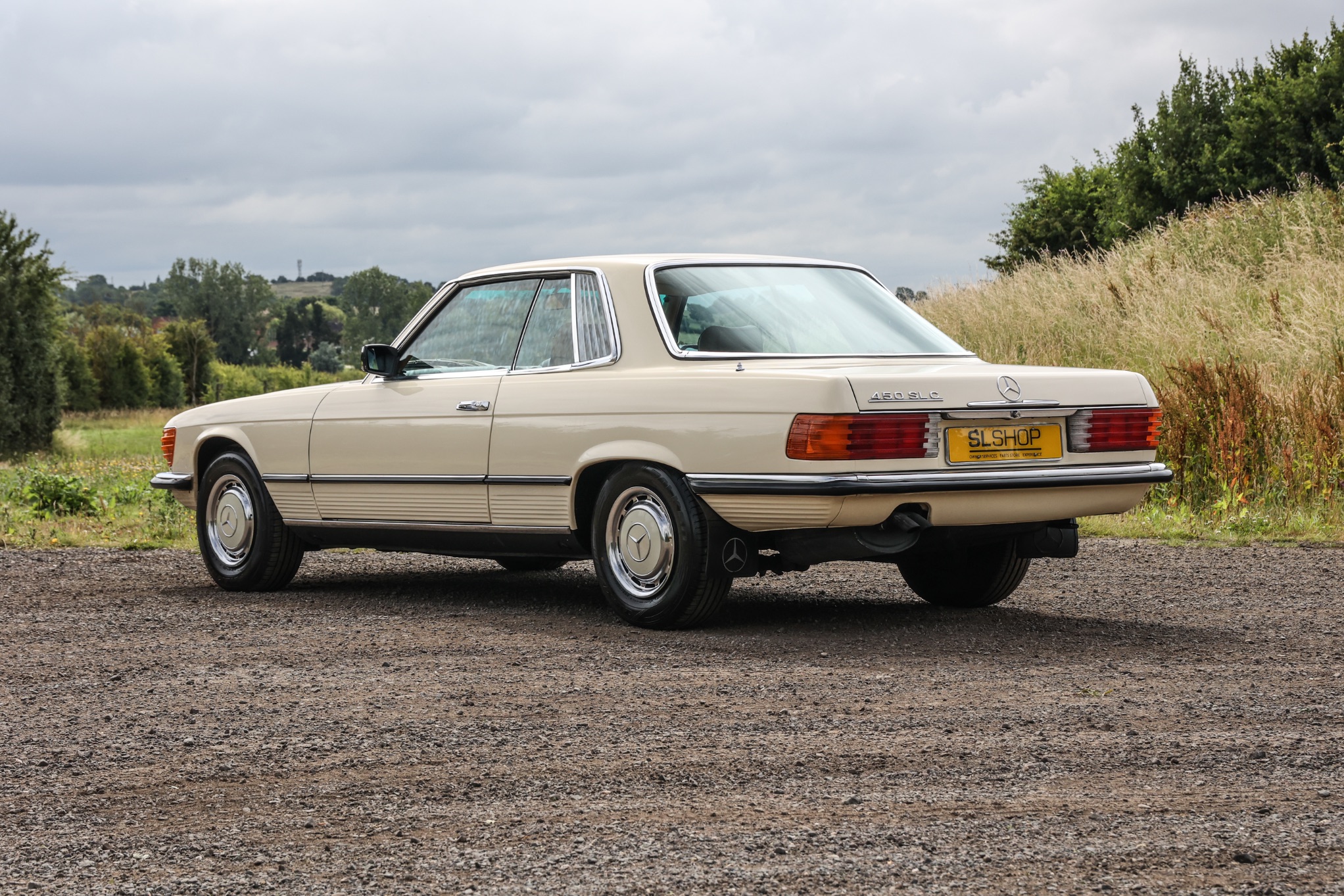 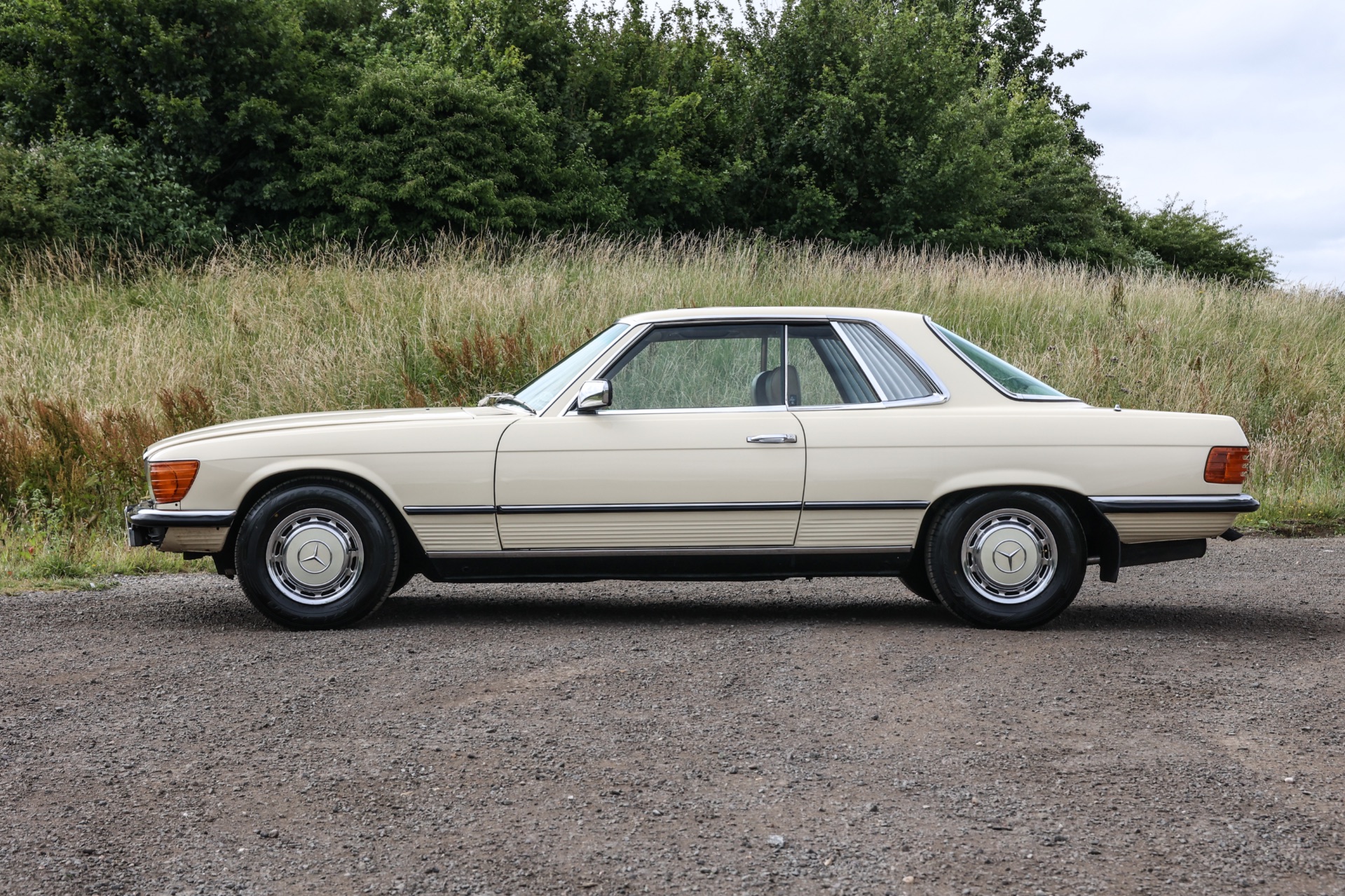 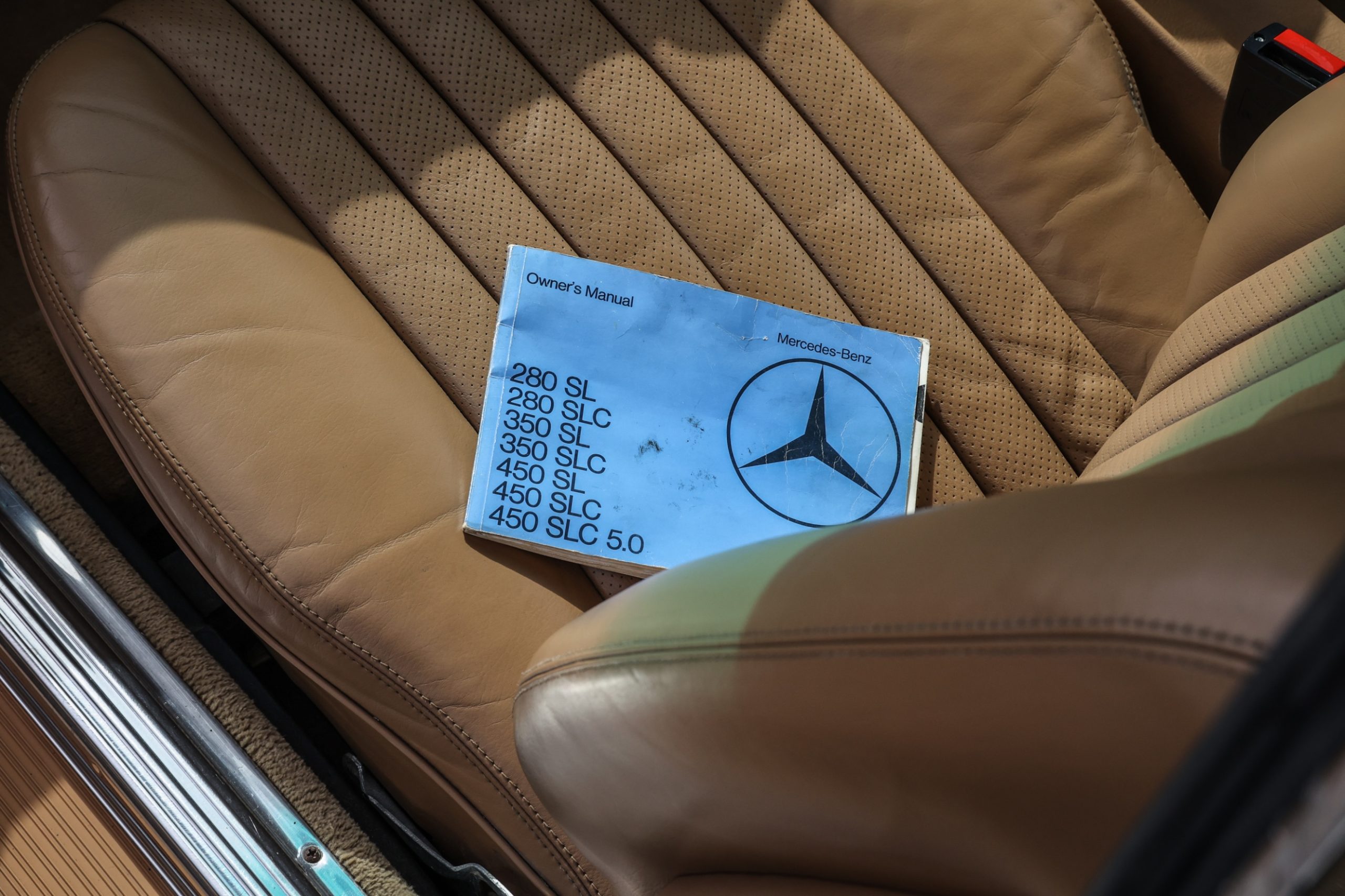 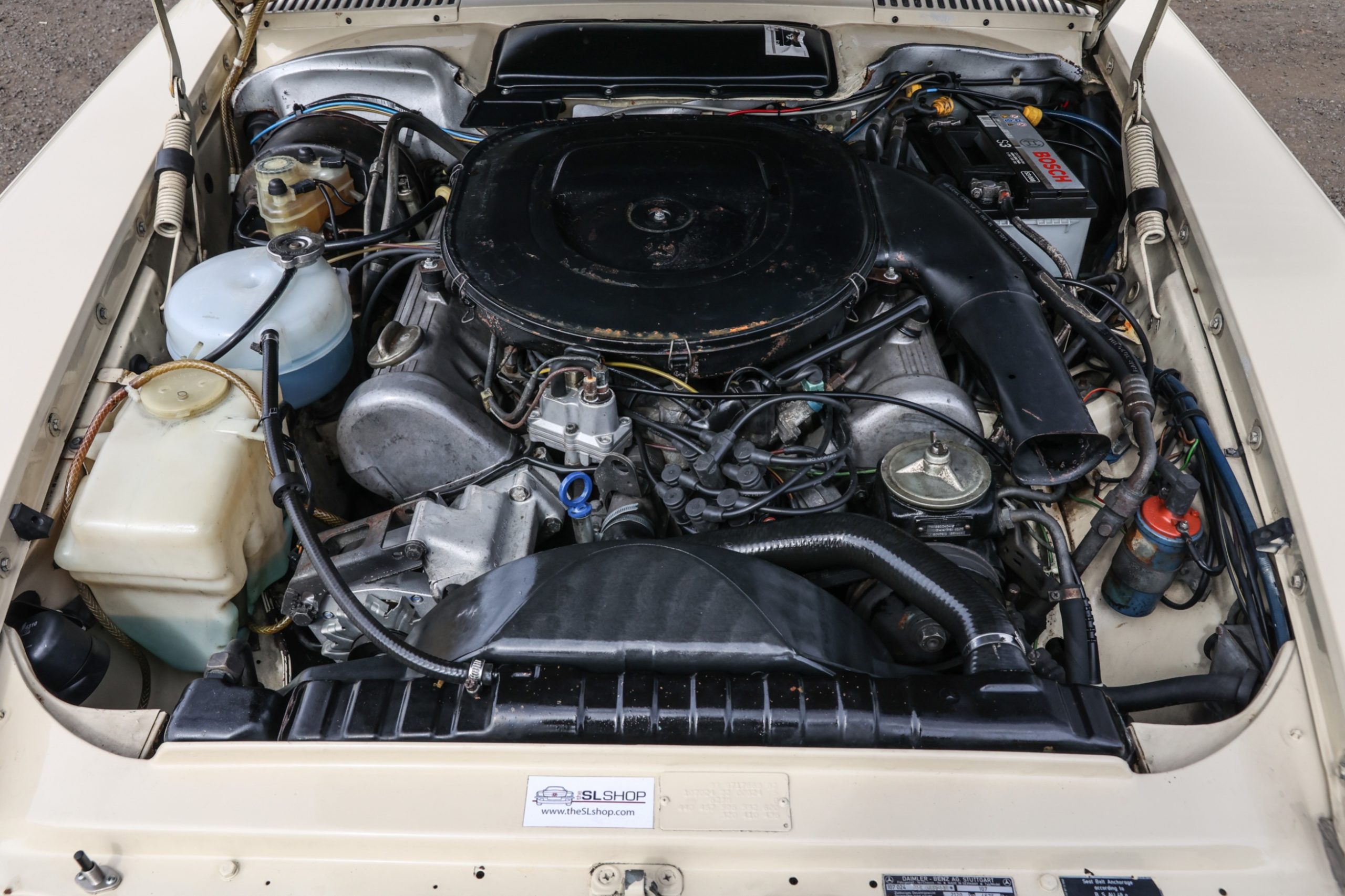 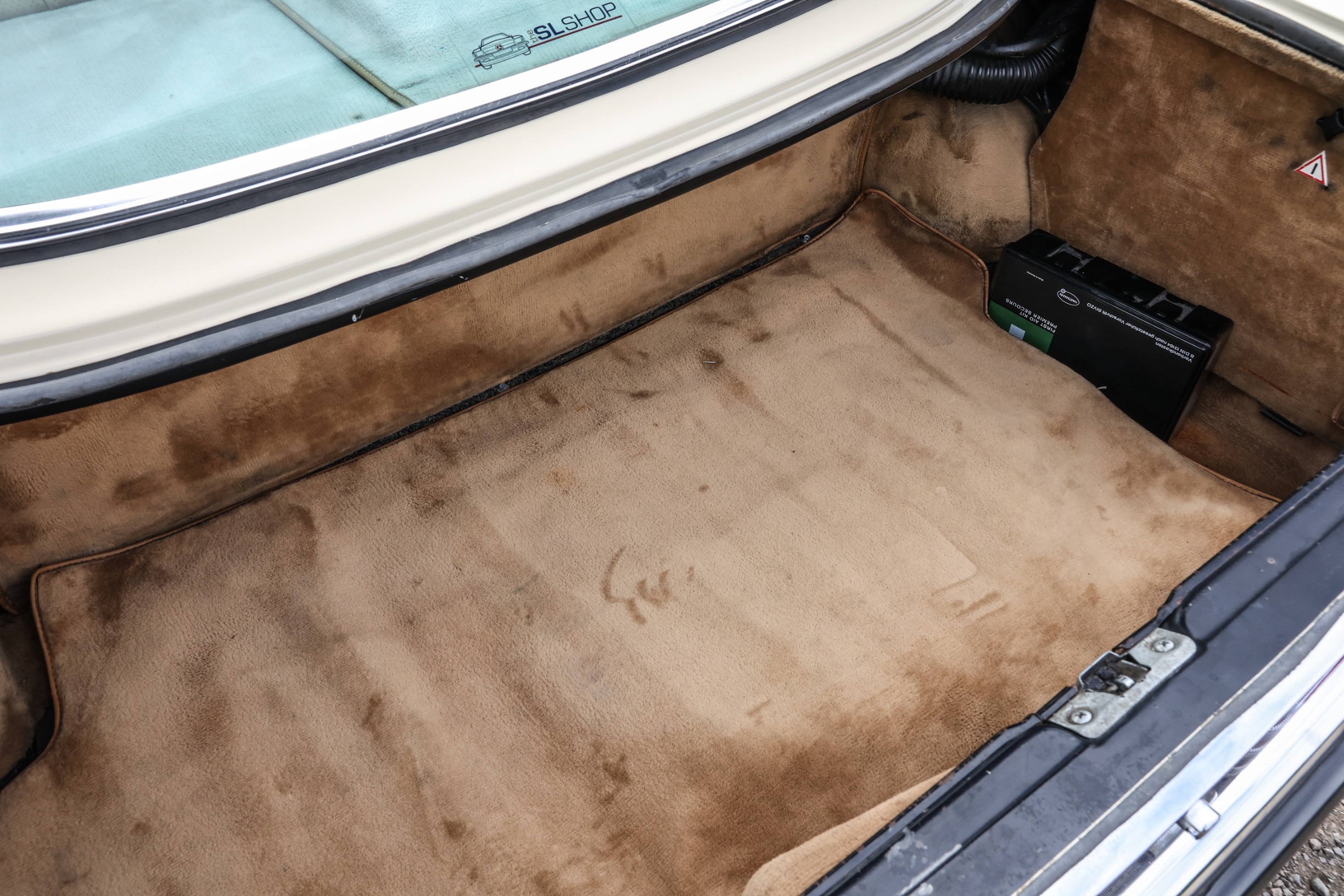 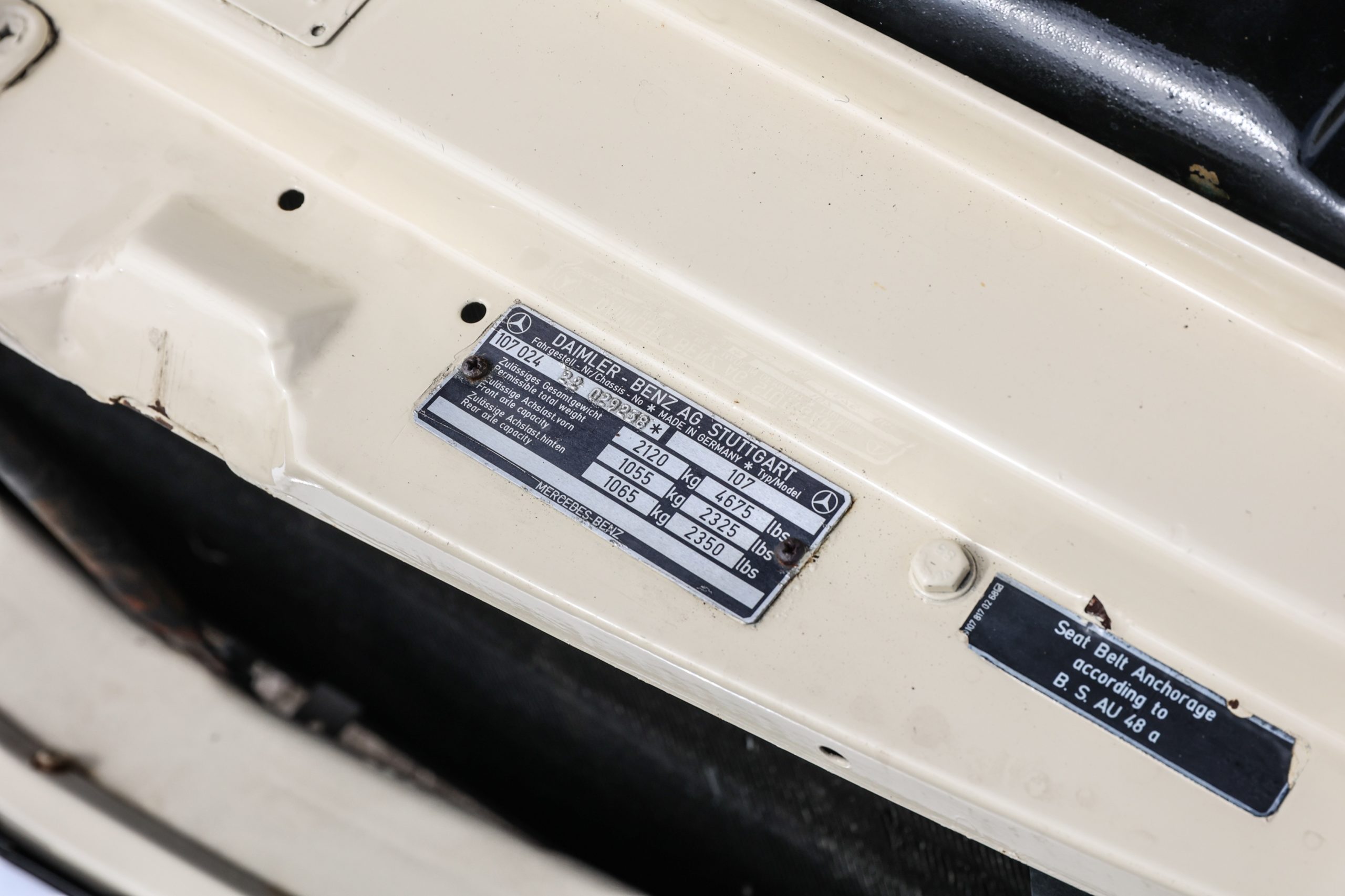 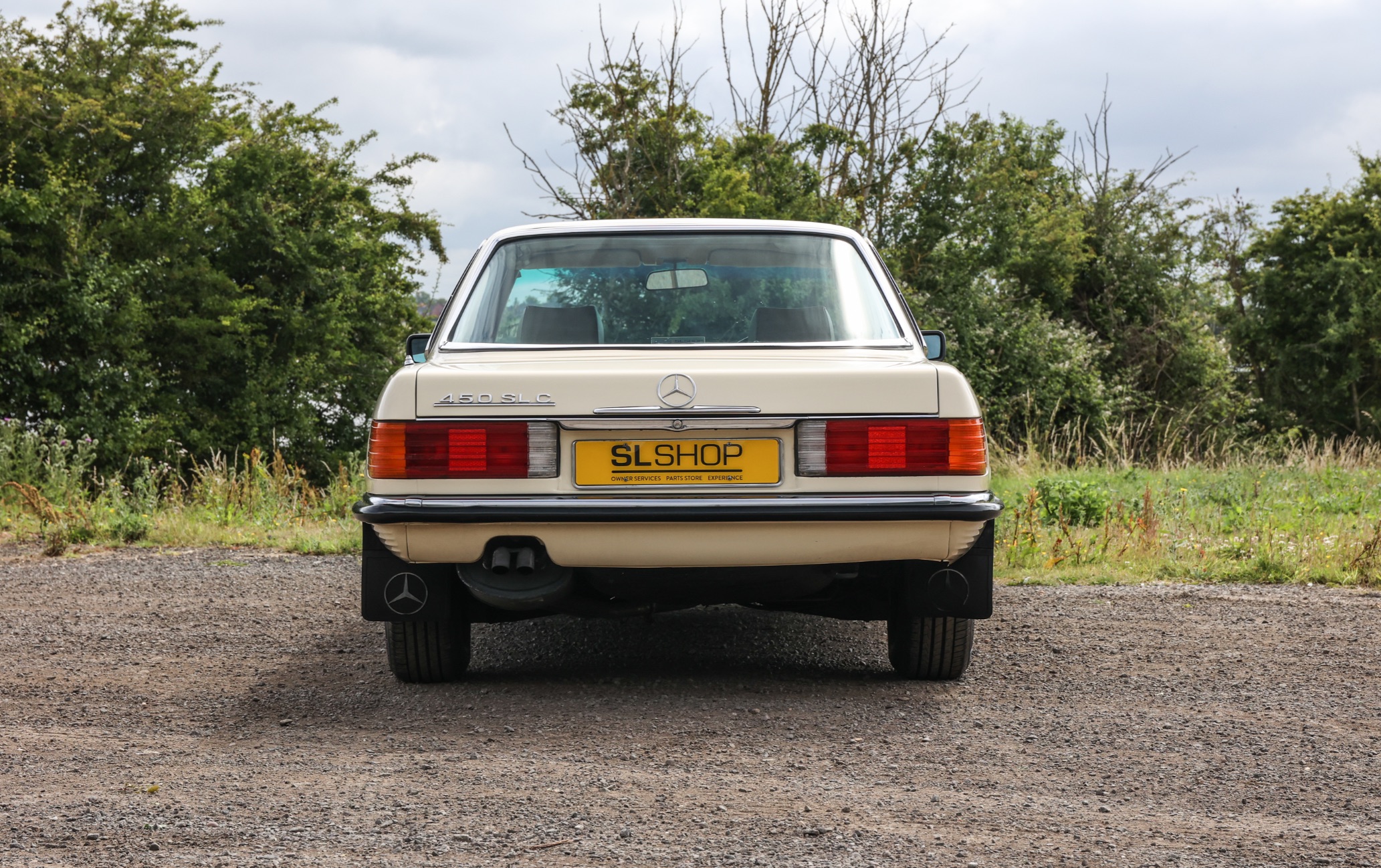 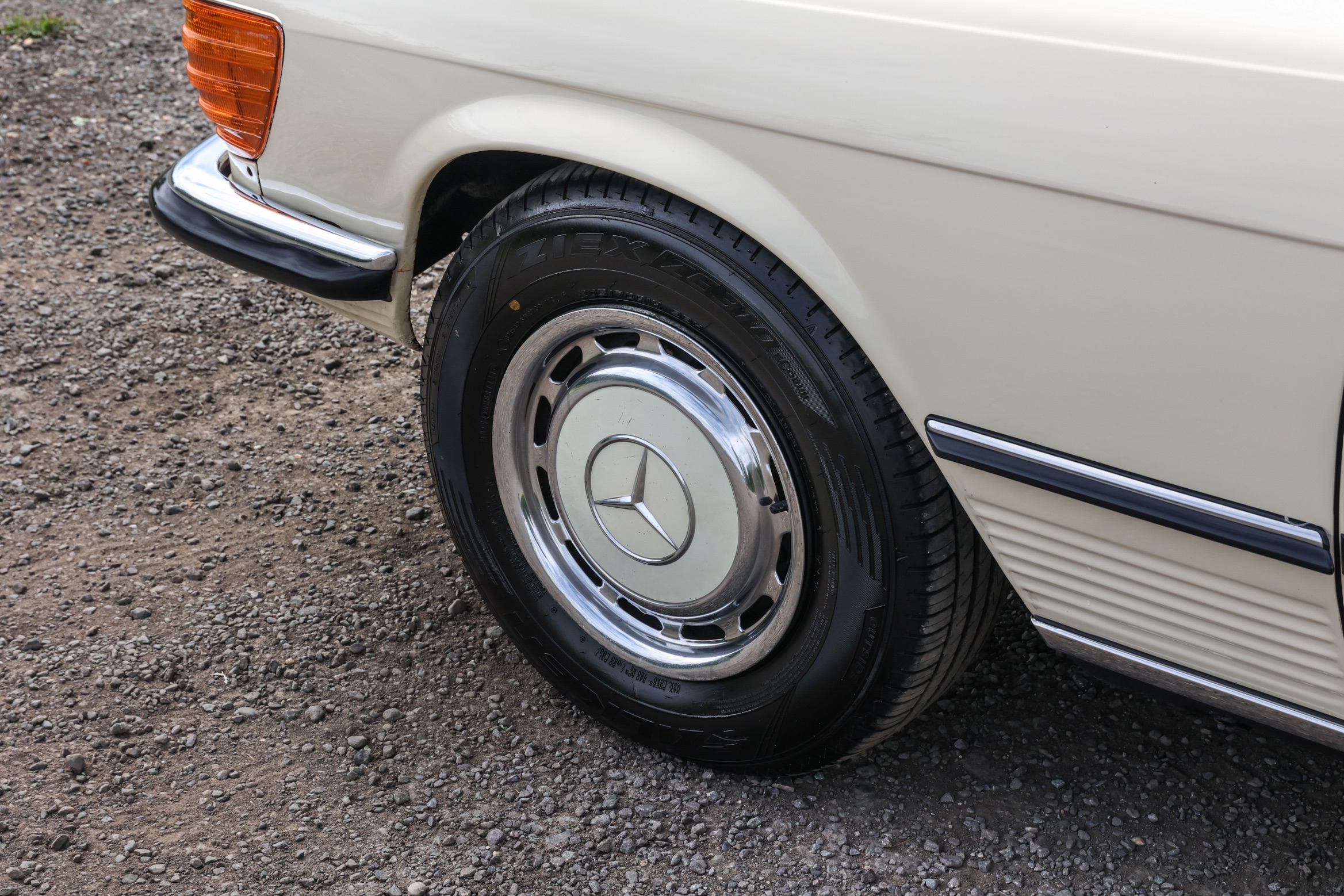 We are delighted to once again offer this 450 SLC up for sale on behalf of our friend and dedicated customer, Mr T, who purchased this vehicle from SLSHOP in 2012.

Mr T recalls wanting an SLC to pay homage to his father who owned one from new in the seventies. Mr T recalls being carted around by his father who would repeatedly proclaim how reliable and pleasant the SLC was to drive daily. Channeling the mindset of his father, the current owner has used this 450 SLC daily for the past ten years, commuting to and from work in London and transporting his children to school and back. Mr T has also utilised the vehicle for family holidays and trips back and forth to Preston in the north of England.

To facilitate daily use, Mr T has in his words ‘over serviced’ this 450 SLC but it is this approach that has enabled the vehicle to be used so regularly. Over the past ten years the vehicle has been maintained by SLSHOP, with the Bulkhead tended to in 2017 by our craftsmen. Other recent works in 2019/20 include restoration of the sunroof and base of the rear windscreen to deal with corrosion. The sunroof now functions properly and seals correctly as it should without allowing water to penetrate. We can confirm that this is a delightful SLC in structurally and mechanically sound condition.

The exterior Light Ivory (6230) is in fantastic condition for its age and demonstrates the build quality of the time. The leather interior has been well maintained to ensure the leather hasn’t cracked or ripped. The brogue detail adds a nice touch to the quintessential seventies Palomino Leather (274) colour way.

What we have here is a fantastic example of an SLC that has been loved by its current owner for ten years. They’re ambition is that this model goes to someone with equal admiration for the SLC – Mr T advises that this could be a fantastic family classic to make memories with on holidays or weekends.

With cruise control, the big V8 lump beneath the bonnet, electric windows and an electric sunroof, this makes for a fine choice of classic Mercedes-Benz. This is a classic that is becoming even more uncommon on the roads, particularly in comparison to its common convertible sister.

Yours to be enjoyed.