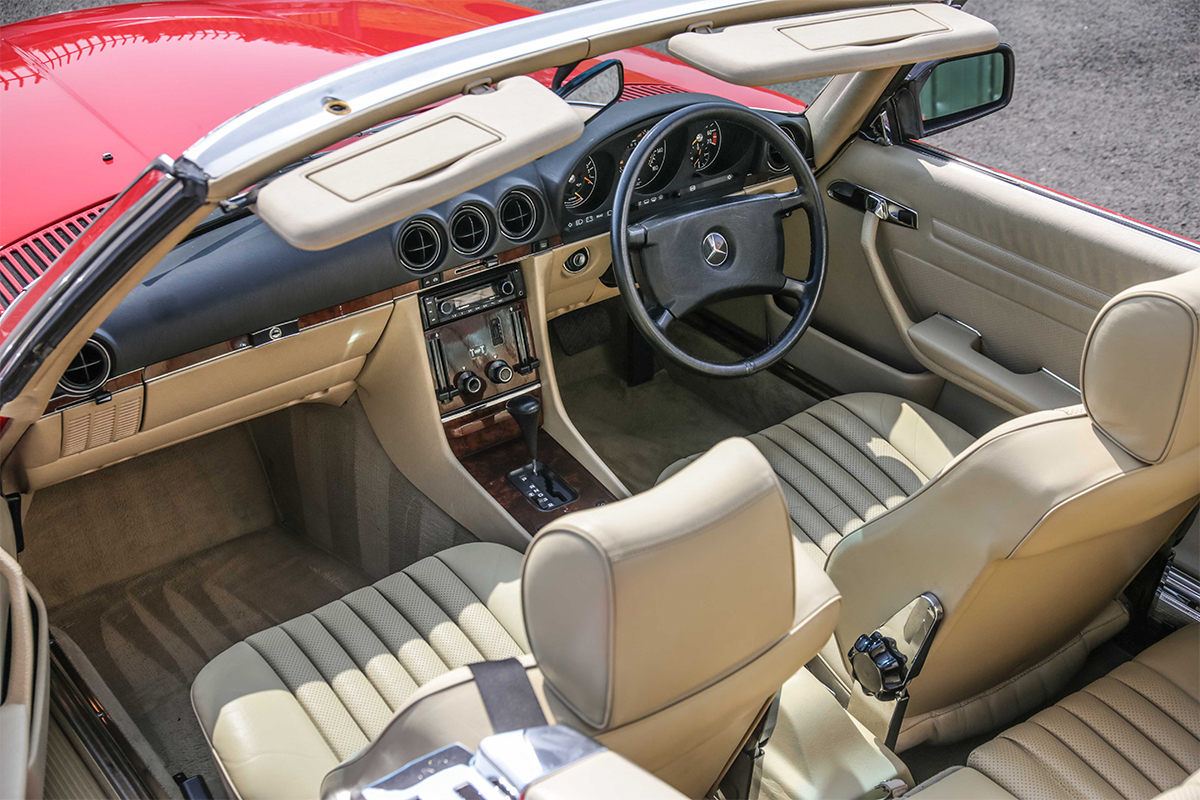 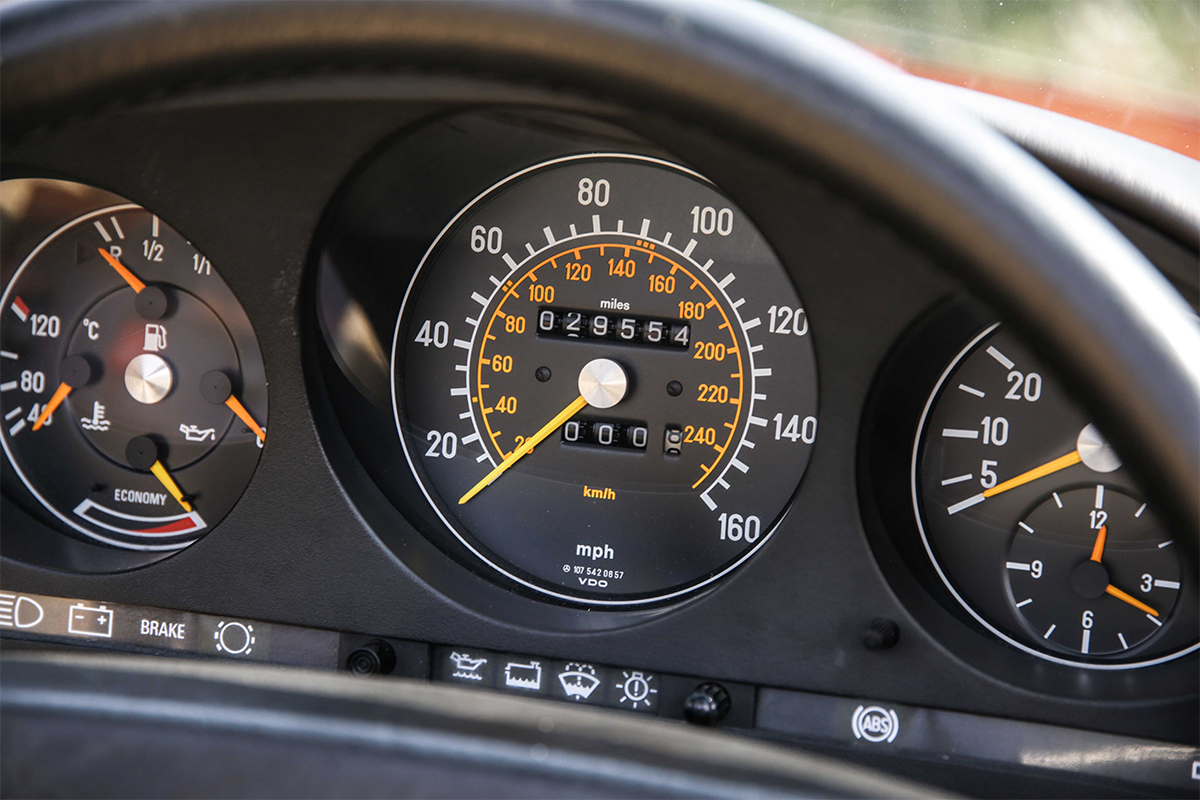 In late 1988 the first owner of this car sat down with a dealer to discuss part exchanging their 280SL for the newer 300SL. We may never know the exact conversation, but the end result was a completed order form for an Arctic White 300SL with Black Leather.

In the time between the order being placed and the car arriving, the customer had a change of heart… It just had to be Signal Red with Beige. A phone call was made, and the order form was amended. The car you see here is the same vehicle discussed in those phone calls and letters more than 30 years ago.

Finding a car with an impeccable history and a documented communication trail is a true delight in the world of classic cars, and the intriguing last minute change of mind for the first owner is a lovely addition to the history file of what is a very lovely car.

An Arctic White with Black Leather 300SL would be a lovely car, but we’re very glad the first owner was swayed by Signal Red.

This exceptionally low mileage 300SL was sold by us in 2017, and now returns to the showroom to be passed to a new custodian.

Accompanying this car is an impressive array of paperwork detailing the entire history of the car, dating back to 1989. The service book is present and stamped correctly, as you would expect with a car of this calibre.

Also present is the original order form rom Normand (Mayfair) Ltd, dated 14th November 1988. This shows the Signal Red with Cream Beige Leather, Black Soft Top, Air Conditioning and Rear Seat options, with the interesting choice of deleting the rear 300SL badge. There is also a note that the dealer installed equipment was to be the Rear Boot Spoiler, Blaupunkt Toronto Speakers with Electric Aerial, UltraSonic Alarm and Isolator switch.

The communication between the original owner and the dealer is contained within letters that are present with the history file, along with the original order form (with Arctic White crossed out!)

Comes complete with the original leather wallet, containing the service book with stamps detailed as below. Also present is the Owners Manual, Sales and Service Guide, Workshop Directory, Becker Operating Manual and some tax discs dating back to 1990.

We particularly like the hand written note that looks rather old, on Hotel De L’Europe note paper, detailing the correct frequencies for radio stations. Naturally Classic FM was to be programmed in the number 1 spot, followed by Radio 2, CBC, Radio 4 and Capital in that order! A nice little touch that could show this car was enjoyed in Amsterdam on a touring holiday.

A lovely car with very low mileage and documented history dating back to the day it was built.
A car to suit the connoisseur and collector alike.