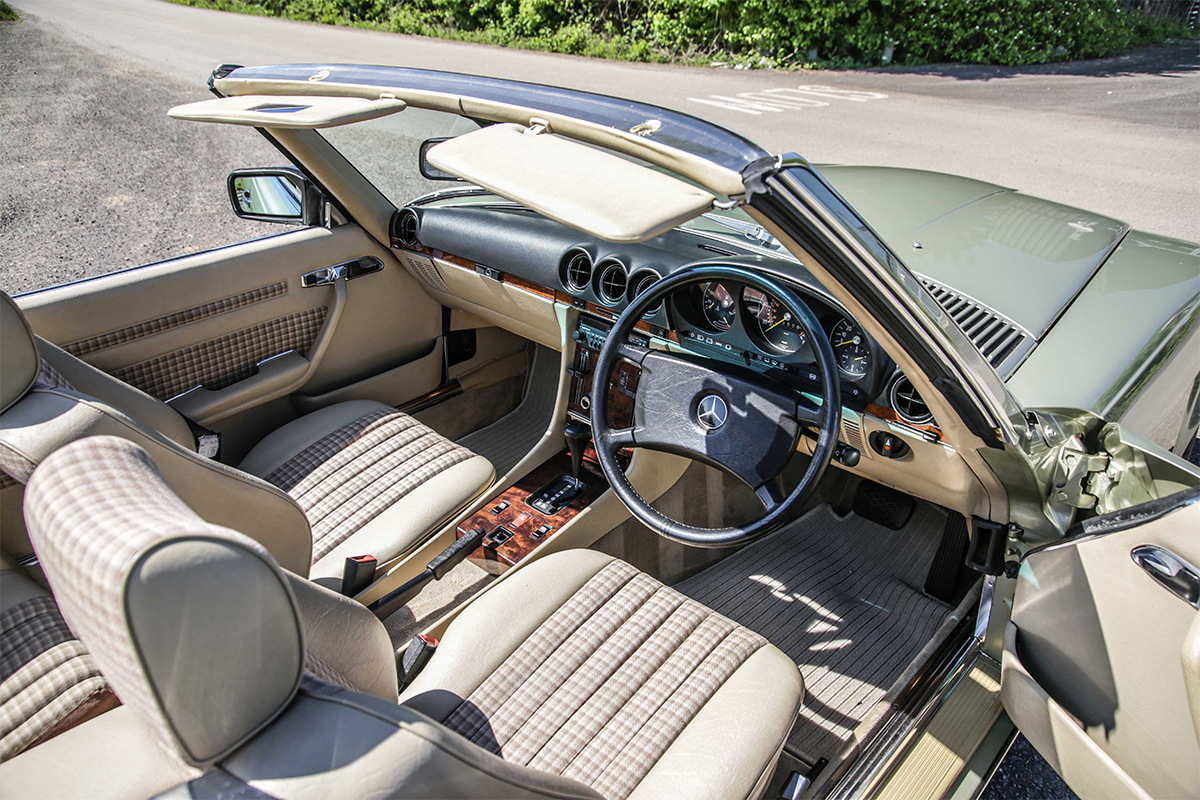 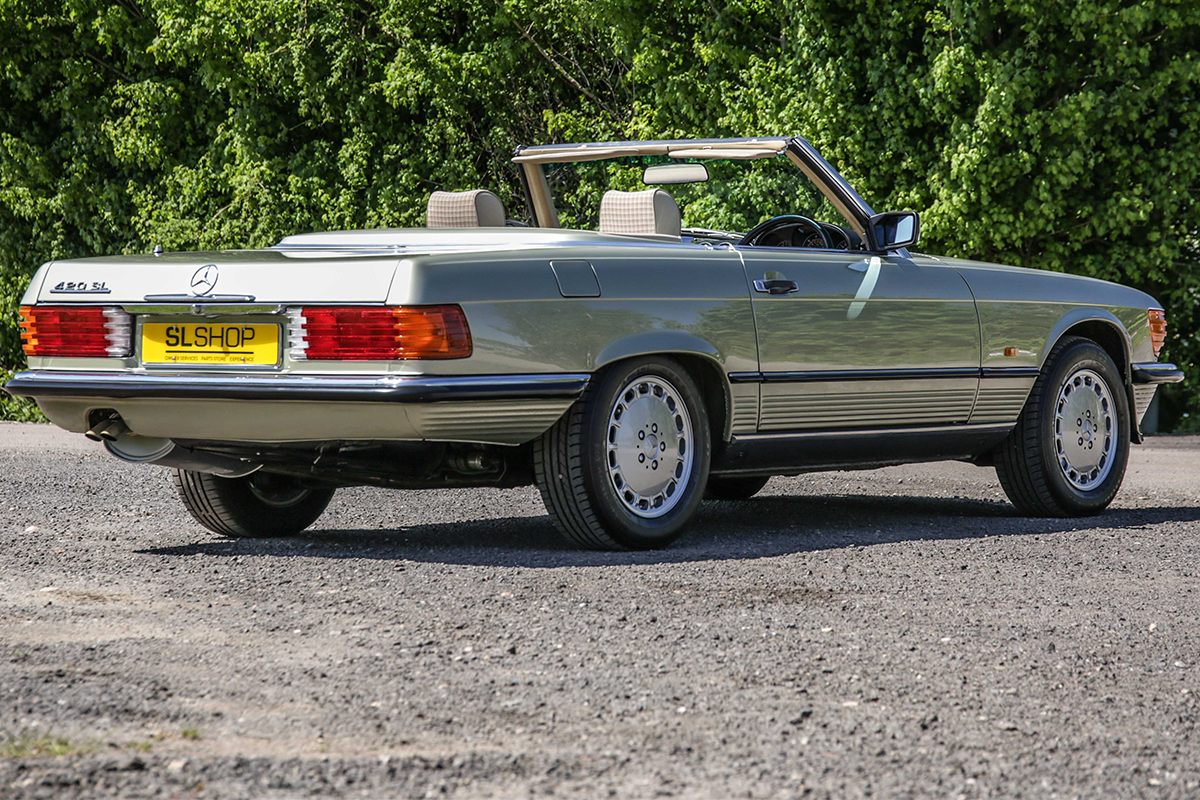 A fantastic opportunity to acquire an exceptionally low mileage 420 SL.

Of the three European choices, the 300SL and 500SL are far more numerous than the 420SL, with just over two thousand made.

Further bolstering the rarity of this car is the Thistle Green paintwork. Thistle Green appeared in 1980, available to SL owners until 1986. The colour of this early 1986 car is greatly complimented by the Dark Brown Fabric Soft Top as seen in the photos… The first owner clearly had an eye for the smaller details and opted for brown instead of black for the soft top. Further increasing the appeal of the car is the addition of rear seating, an expensive option in 1986 and highly desirable today.

The colour green has an interesting history with the Mercedes-Benz SL, with no less than 17 different shades available throughout the 18 year production run. In the last decade, darker hues have proven more popular, leading to a decrease in the number of high calibre cars in these shades. In recent years we have seen a resurgence in the brighter and more unusual colours, a renewed interest int he vibrance of the time.

A 420SL in Thistle Green makes for a fantastic combination, and isn’t a car we come across often.

Showing just 30,000 miles on the odometer, this car shows more than 9 stamps in the service book and has been known to us for some time.

There are numerous receipts and invoices on file detailing various works in recent years, all of which are in line with the age of the vehicle. These show good maintenance throughout the life cycle of this SL.

The first keeper of this car owned it until 2007, at which point it moved to a new owner before arriving at The SLSHOP in 2017. This car was sold by us three years ago, and now we are once again being given the chance to find a new home for this exceptional 420SL.

Not to be missed. 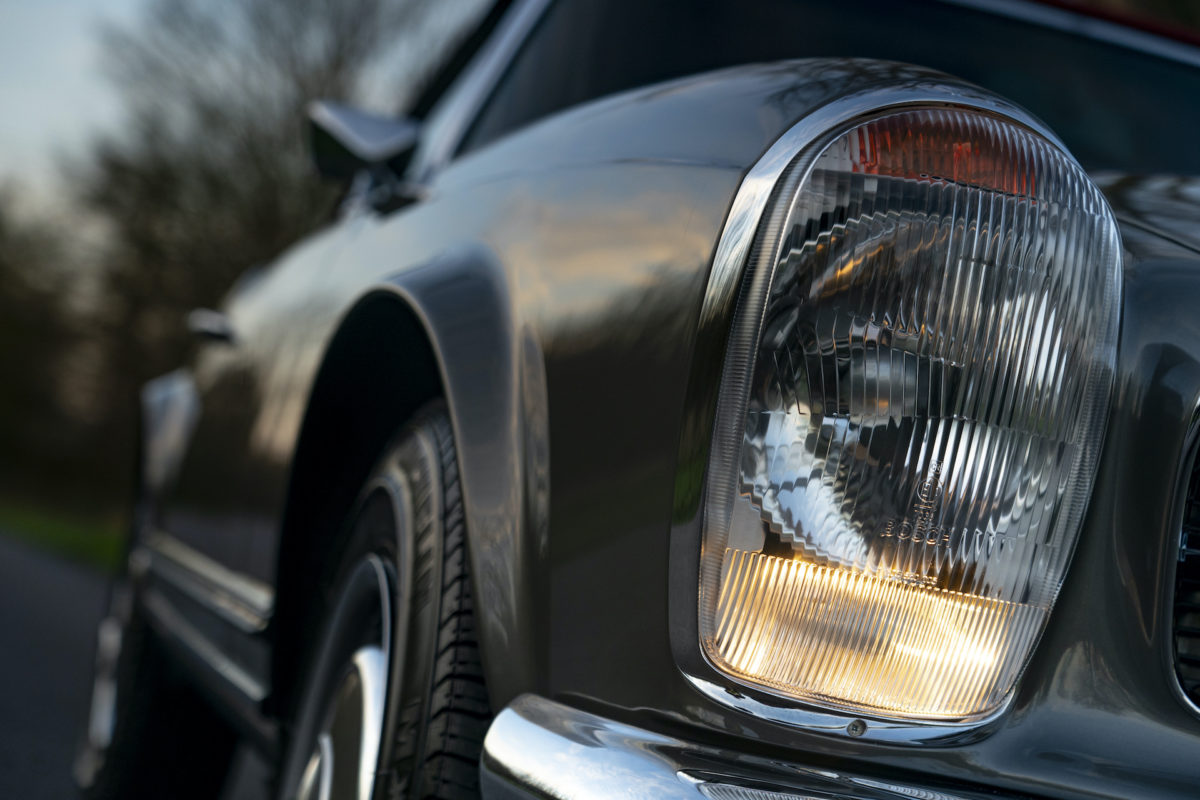 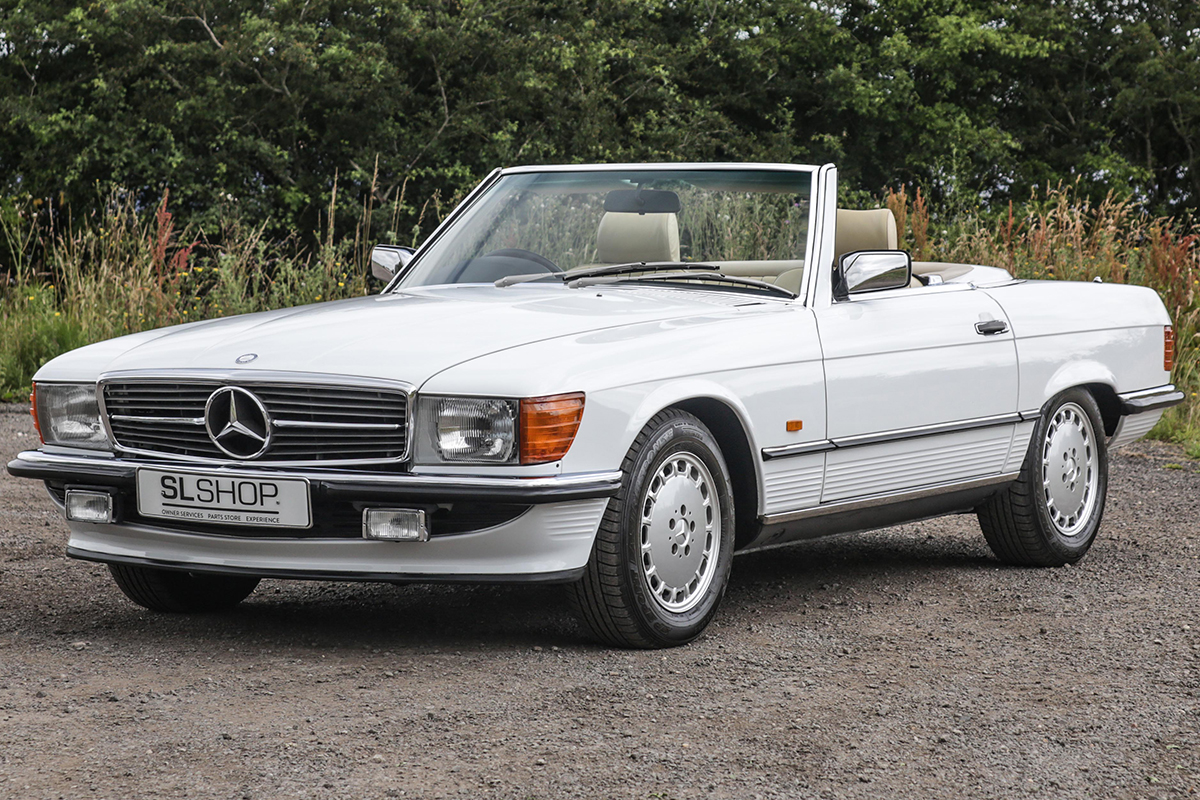 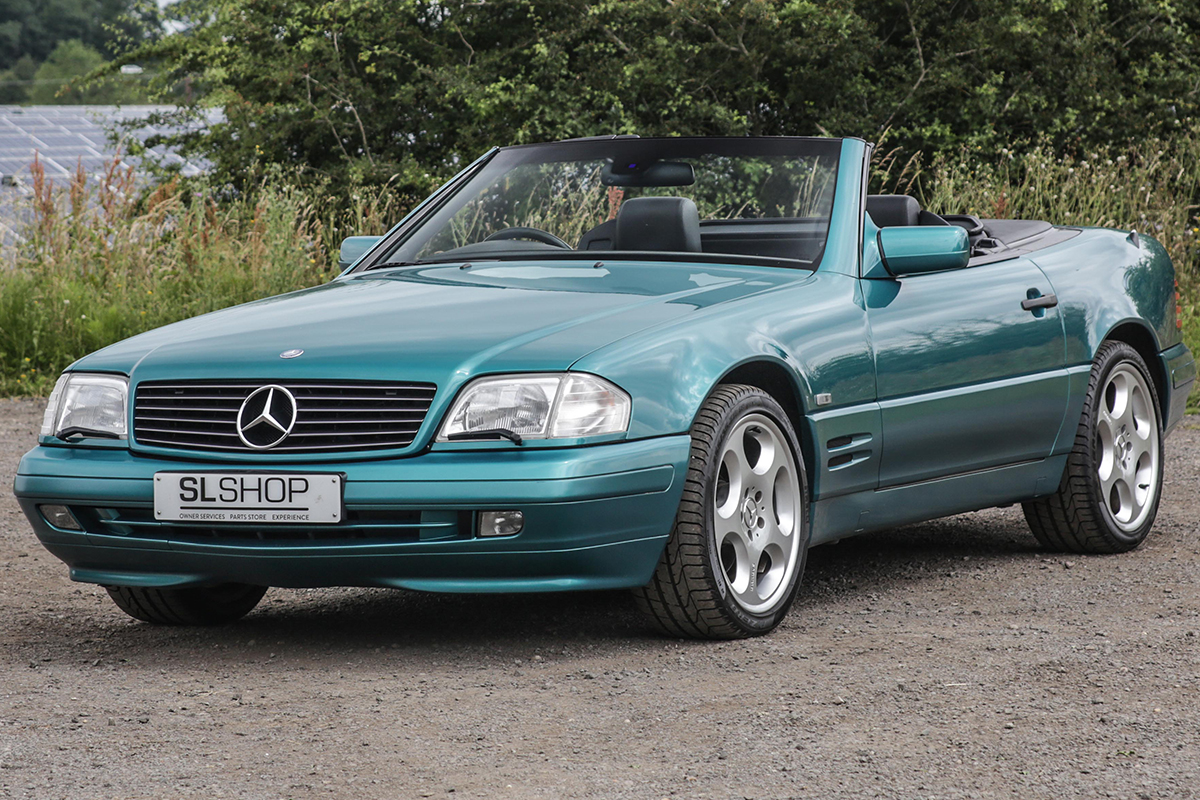