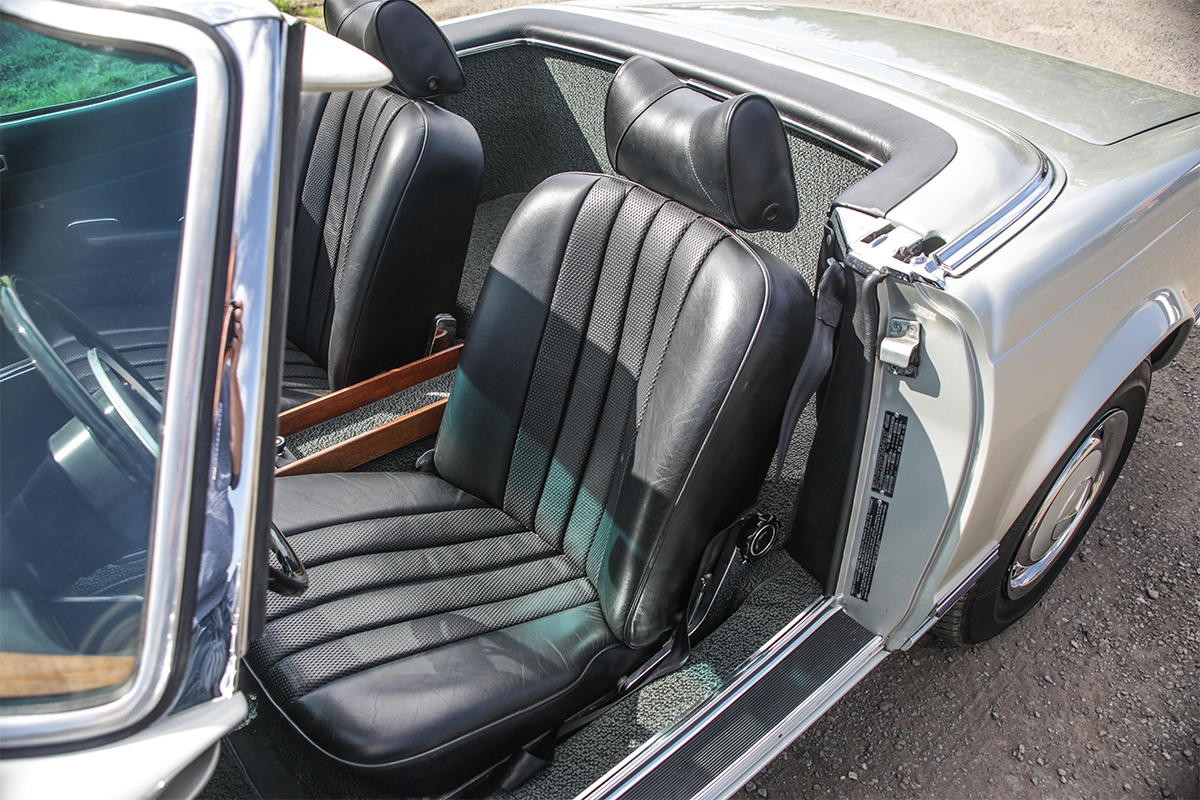 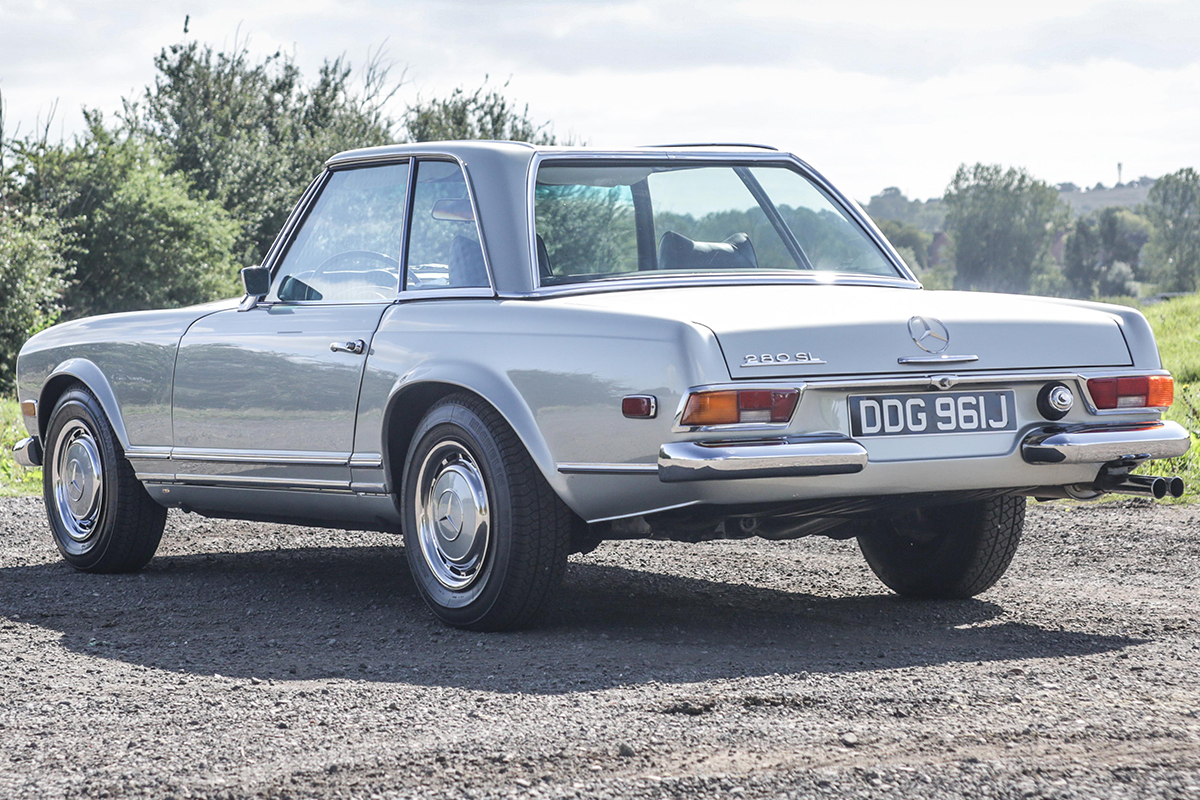 This beautiful Mercedes-Benz Pagoda was restored in 2009 by San Diego based Havier Sacio. Mr Sacio knew of the car as it was owned by some family friends, stowed away in a warehouse in Oklahoma for two decades before it was sold prior to restoration.

The car was once again stored for some time, before Havier decided what to do with the car. Due to the low mileage and good condition a full restoration was planned, and once the car was stripped it was clear that this car was an excellent example. It is reported that the car had never been in an accident, and all original factory markings were present and correct.

Initially only a cosmetic restoration was planned, however as time progressed this 280SL underwent a complete restoration, with new inserts going in the seats along with new leather. Behind the door panels was reported to be in excellent order, with all components looking just as nice as when they left the factory, including the interior wood. The aluminium and chrome scuff plates were replaced but most of the rest of the interior is original.

The engine was removed and fully detailed, along with the engine compartment. It was noted that the engine appeared untouched, with all the original markings emplace and correct plating on the injector lines. The suspension was removed and cleaned ready for paint and detail, and once again it was found that all the Bilstein shocks front and rear showed all the original markings of the Mercedes-Benz factory.

Finishing the look is the correct colour of DB180 Silver Grey paint, with a black interior, with the seam sealer and undercoating having ‘just enough overspray on them to make them look just like they did when this Mercedes Benz left the factory’.

After the restoration Javier Sacio kept the car for some time, before it arrived in the UK. It was acquired by the current owner in 2014.

In 2018, almost a decade since the restoration, the car was taken to a reputable classic Mercedes-Benz specialist for some minor improvement works, which included the rear wheel bearings, subframe mounts and engine mounts.

This is a very good opportunity to acquire a very original looking 280SL in the perfect colour combination, a car that has a great story behind it and has been owned by a very doting keeper in recent years. A smart looking Pagoda that has been restored and not over-restored in just the right way.