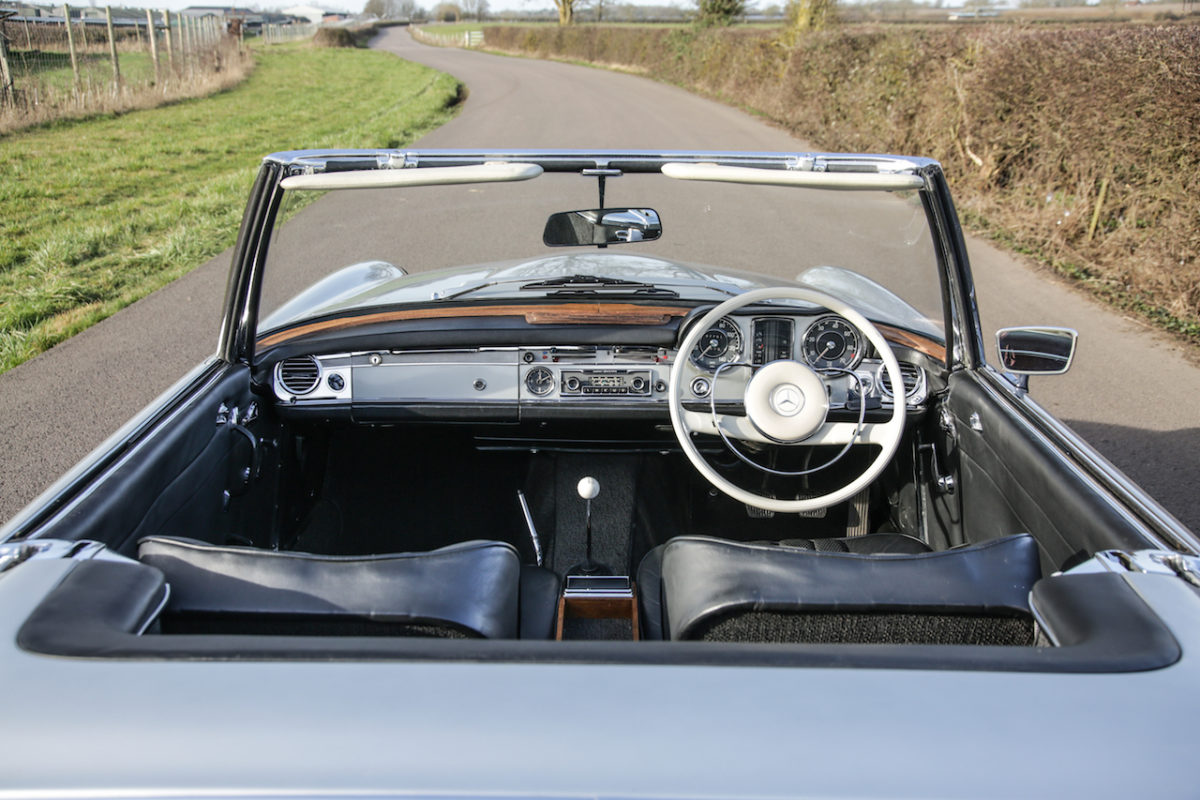 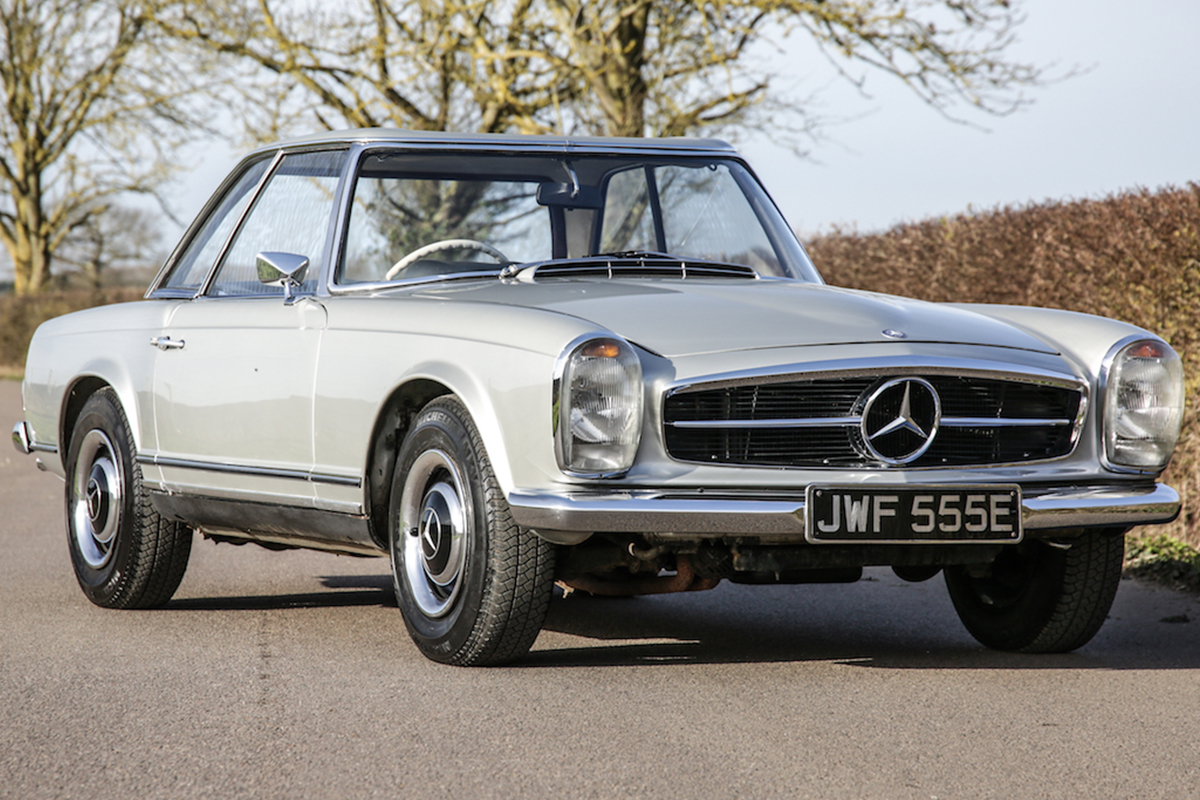 A superb opportunity to acquire a fantastically presented 250SL with 5 speed manual gearbox.

This car has been owned by 5 careful owners, all of which is outlined in the impressive documentation that accompanies this car.

What sets this car apart from others is the comprehensive and entirely traceable ownership history. The documentation that accompanies this car paints a picture of a life spent with caring owners, each of which has enjoyed the car and maintained (or improved) it to the highest standards. A large file of invoices, receipts and documentation is present with the car detailing works undertaken dating back to the 1980s.

In 2013 this car was upgraded from the original four speed automatic gearbox to a 5 speed manual unit, improving the handling and drivability and turning this car into a very spirited and capable cruiser. At this time the audio equipment was also upgraded with a traditional Becker head unit installed along with DAB capability and new speakers, all of which is visibly indistinguishable from the overall look of the car.

This car looks every inch the way a Pagoda should both inside and out. It fires into life at the first turn of the key and is instantly eager to please. With that five-speed manual gearbox and impeccable looks, this is a car you simply won’t want to get out of.

Mr M purchased this car in March 1967. It was first registered on 30th March that year. Mr M adored this Pagoda, caring for it for an impressive 27 years. The history documentation of this car shows that Mr M was incredibly fond of his Pagoda – a significant amount of restorative work took place in 1988, at a point when the Pagoda wasn’t appreciated or valued in the same way it is today – testament to just how much Mr M adored this car.

Three years later Mr M parted company with the car, passing the baton of ownership to a Mr L in 1991. Mr L would care for this car for a further 12 years, the two of them being the only keepers for the first 39 years of this car’s life.

In September 2006 the third owner took custody, a Mr L, who kept it for three years before Mr E took ownership in 2009.

Five years later the baton was once again passed on, this time to Mr W who is the current registered keeper.