A classic Mercedes R107 SL restored at SLSHOP has won the best in show award at the annual SL Day held in Bicester.

The winning SL is owned by SLSHOP Managing Director, Bruce Greetham, and was able to beat stiff competition to win the award at Bicester Heritage in June 2016.

An official Mercedes-Benz club event, SL Day see’s the best SLs from around the UK and Europe come together to be displayed on a day which also see’s classic flywheel aircraft line-up alongside them.

Entering the SL in to SL Day concours

Bruce has seen many concours shows down the years, but the SL Day event had a particular attraction.

Talking about the show, and his winning Mercedes R107 SL, Bruce said: “I wanted to be part of this. I’ve experienced many concours events down the years and my current SL is the best car I’ve ever had.

“Even taking away the personal reasons for being there, from a business point of view, it’s good for people to see me there and for me to be out enjoying my own car.

“I love SLs, and even though at SLSHOP we work with them and have built a business around them, it’s important that I’m not basically just talking about them but experiencing those same things that our customers experience.”

The highest quantity of SLs at the show were the 107s. After all, more 107 SLs were made than any other type.

Bruce added: “Fifty percent of those cars at the show are either SLSHOP customers or they are going to be customers in the future, so my presence at these shows is quite important from a business perspective.”

Entering his beloved SL in to concours event meant that Bruce would have to invest a lot of time in to getting the car ready to display. Hours were spent under the ramp taking the wheels off and fully detailing the car. By the time SL Day Bicester arrived in, the SL was looking incredible. 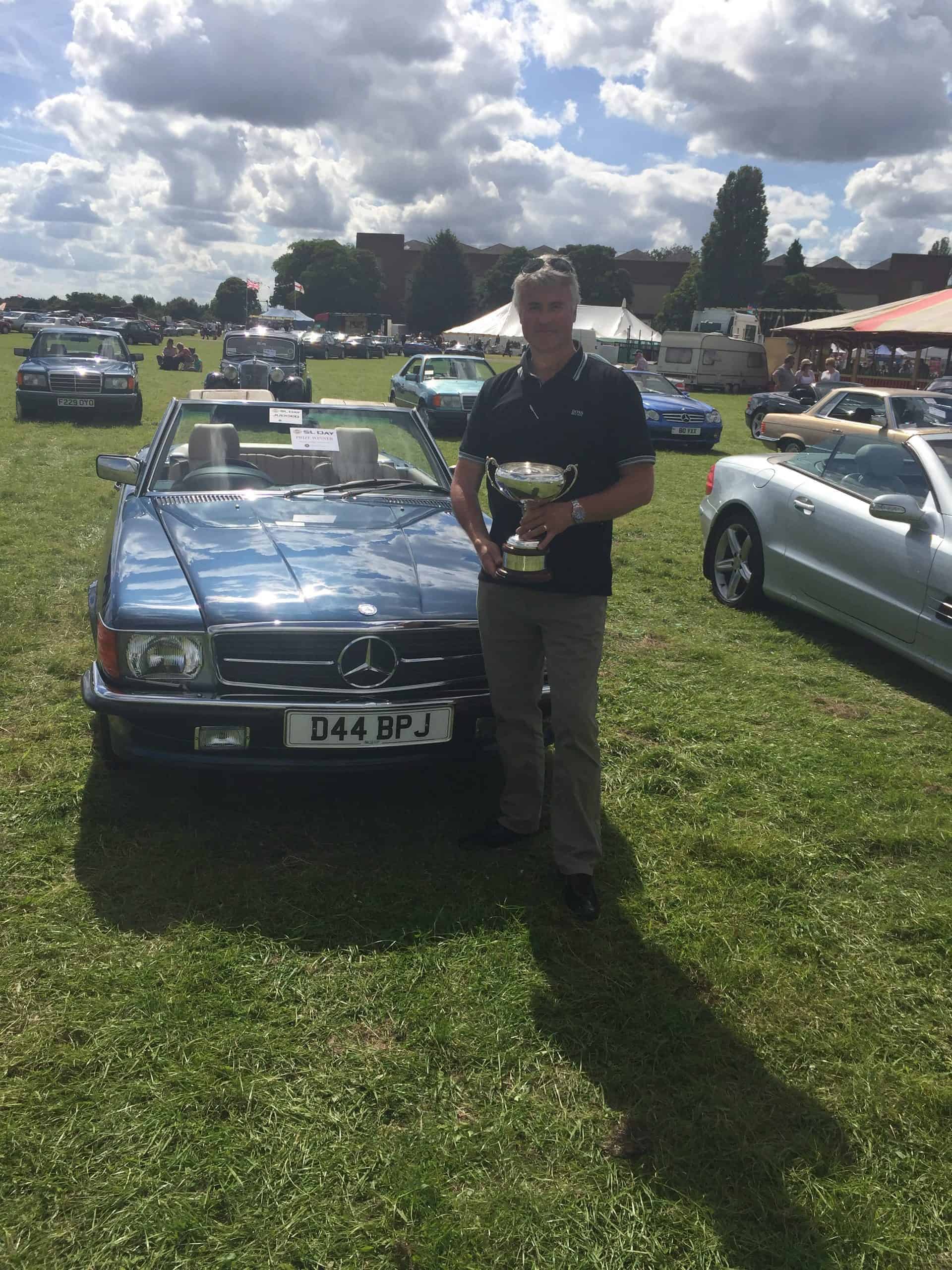 Unsurprisingly, the level of competition at The SL Day was incredibly high. In total, there were around 60-70 107s, with a mixture of Gullwings, Pagodas and R129s making up the rest of the field.

Despite the strength of the competition, Bruce’s 107 SL was declared the overall winner and recipient of the John Woodruff Trophy. The trophy itself was issued to the Mercedes-Benz Club for SL owners many years ago. Although it lives at Brooklands Mercedes World, Bruce’s name has now been engraved as the 2016 winner and restored to its rightful position in the trophy cabinet.

Speaking about the success, Bruce reflects on just how fine the margins are and the incredible high standards that are required to win an event like this.

He said: “The final two was between myself and another SL. The other car had done very low mileage and we were separated due to him not having the original radio. That’s the level of detail we are talking about.