Was a strange day today, first time, I’ve felt sad, I can see why people like Alta, just not sure I could cope with it in winter and 2 months without sunshine. Driving out of Alta and seeing the Northern Lights Cathedral was a shock. It’s not often you see a modern building that wow’s you, even less rare when it’s a church, and in such a remote location, I can’t imagine seeing something else like this in such an out of the way place.

It sums up Alta, simply not what you expect when looking at it on the map.

For last 4 days the SatNav has said stay on E6, today, I’m leaving, for a short while, the fabulous road that has given me so much pleasure. It means I’m nearing the end of my original goal of driving from southern most point of mainland Europe to the northern most, Nordkapp, but as with every day on the trip, I never know what is round the next corner and what surprises are in store for the day.

The final few miles of the E6 were as usual delightful, fabulous scenery, never a dull moment. Yesterday when seeing the herd of Reindeer grazing beside the road, I was so pleased with being lucky enough to witness such a rare sight. Yes there are signs everywhere saying beware of Reindeer, but these are the same signs as the rest of world saying beware of local animals, when in all likelihood you have no chance of encountering them. Rounding a bend I could see a flock of sheep on the hill in the distance, well it looked like sheep, not too big slightly off white grazing animals; something not quite right about them though. Looks like a very long legged sheep, then one of them moved, sheep don’t run like that, it was another herd of Reindeer. Wow I thought, imagine being lucky enough to see 2 herds in 2 days. Or perhaps not, round every corner, on every hill was a herd of Reindeer, there are loads of them. Still lovely to see but not quite the unbelievably lucky experience I thought I had.

As I went north the landscape started to change, trees soon disappeared and a bleak, desolate but beautiful tundra took over. The roads are all raised 20 feet above wet boggy ground; it’s the best way to have some chance of keeping them clear in the snowy winters. “Winters”, there is still snow on the ground and it’s the end of June, so winter is more like 8 months of the year!

Checking the weather report this morning, it showed once again bright blue skies for almost all of northern Norway, the one exception being Nordkapp where some light clouds were predicted. Fingers crossed for them blowing away as I wasn’t going to wait around for days hoping for clear weather.

The road to Nordkapp stuck closely to the edge of the Porsanger Fjord and slowly wound its way around amazing slate cliffs and deep blue Fjords. The clouds were getting thicker and lower and the road now went inland over high ground which looked like they might be in the clouds but Nordkapp, obviously, is on the coast so should be fine.

The climb over the barren mountains on the island of Mageroya were exciting, seems like crash barriers are for wimps, or perhaps they would just encourage snowdrifts to block the roads. I don’t intend to hit crash barriers but not having them there did help focus the mind.

And then the expected drop down to the coast and Nordkapp. Only thing worse than being stupid, is being too lazy to check out details before going somewhere. Nordkapp is on a cliff, a 1007ft cliff and high enough to be in the clouds.

There was no queue at the ticket barrier which appeared suddenly out of the fog, nothing else was in sight and I hoped it hadn’t just been set up to take money from lost tourists.

Of course not, this is a long way from the South of France in every respect. The lad taking money was overjoyed at the SLC, he’d never seen one there before.

The place itself was well done as tourist places go, plenty to do inside which is just as well as outside could have been anywhere. Eventually found the barriers at the cliff edge, but as I couldn’t see 50 yards ahead there was no chance of seeing down to the sea below to confirm anything. It was also blowing a gale, a proper head down, struggling to walk, gale.

In some ways, I was pleased; the weather at the start, Punta de Tarifa, was also foggy so it was good to start and finish in the same can‘t see 50 yards fog. The weather for the other 5000 miles has been excellent.

There was no point hanging about, the low clouds could be there for days and while this may be the end of the original reason for my Europe excursion, there are still plenty of interesting things planned on the way home.

To be precise and not at all nerdy, Nordkapp isn’t the most northerly point of mainland Europe, it’s on an island, but it is the northernmost point in Europe that can be accessed by car and on a nice day is probably lovely. 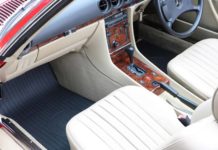 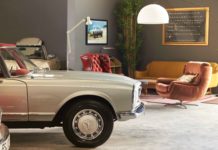 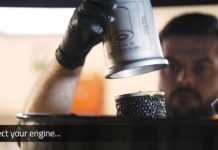 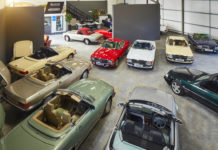