Dr Jörg Abthoff talks exclusively to SLSHOP about the challenges of being Head of the Engine Department at Mercedes-Benz during the 1970s to 1990s, and overseeing the development of some of the company’s best loved engines, including those fitted to R107 SLs

When did you begin working for Mercedes?

I began working at the company on November 1st 1968.

What role did you play in the development of the R107 SL?

My first task was reducing exhaust emissions. This became a priority from 1972 with the impending US exhaust emission standards, which required the development of catalytic converters to meet.

The main problem with the M117 V8 powered R107 was the lack of space for the catalysts. The front structure including the longitudinal members and many related components had to be redesigned, which was a major task.

Which Mercedes-Benz engine are you most proud to be associated with developing? 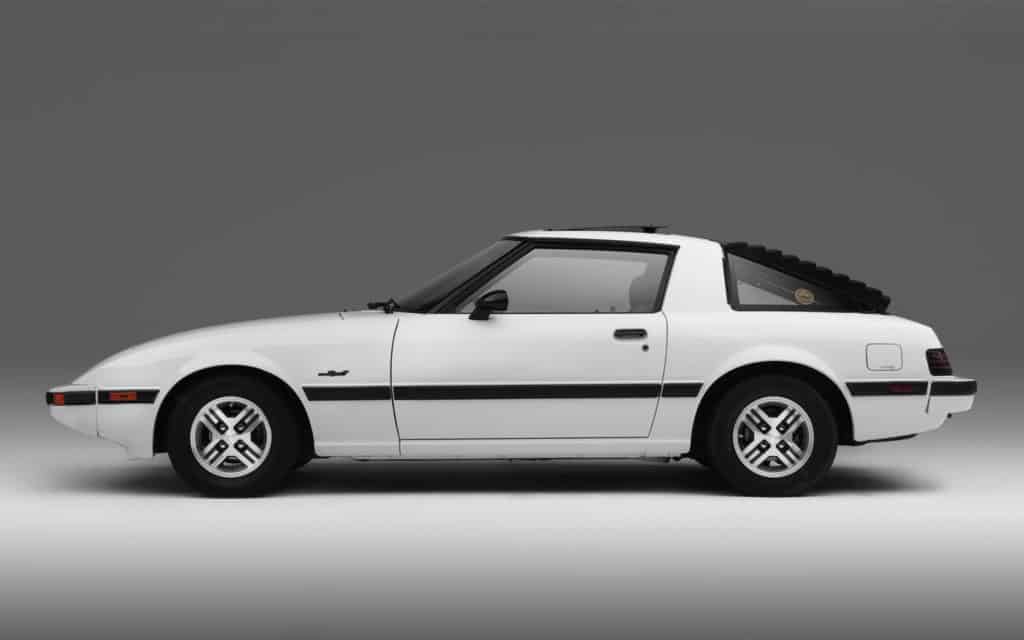 Imagine what could have been… The most famous Wankel engined road car, launched in 1978 – the Mada RX7

Some may not know Mercedes-Benz toyed with the idea of installing a Wankel engine in the R107 SL, to the point it even tested prototypes. What can you tell us about this project?

In 1971 we began development of the KE413 four-rotor Wankel as a flagship motor for the R107 SL. With mechanical fuel injection, this engine made 277hp [273bhp], which was a very big number at the time. However, high fuel consumption and emissions were big problems, and with the US the biggest R107 market, meeting their emissions standards was vital. Furthermore, the Oil Crisis of 1973 and the tighter exhaust emission standards for the 1975 Model Year announced around 1971 or 1972 put paid to the Wankel engine for the R107.

While development of twin-rotor Wankel engines continued until 1976, the improvements in fuel consumption and exhaust gas emissions were marginal. The Wankel engine is very sensitive to high exhaust back pressure, and because the mandatory catalytic converter increases this, the resulting high levels of residual gas in the combustion chambers reduced output and increased fuel consumption.

What action did Mercedes-Benz take to deal with the Oil Crisis, which happened a short while after the R107 SL launched?

The energy crisis occurred in 1973, and the so-called Muskie exhaust emission standards requiring the use of catalysts became law for the 1975 model year. As this meant mid-1974 production onwards, both problems hit the car companies almost simultaneously.

Mercedes responded in the following ways: Firstly, the proportion of diesel cars, previously only 20 per cent, was greatly increased; even the S-Class was offered with the OM617 Turbodiesel in the US. Particulates were not an issue at the time.

Having spent so much time and effort developing engines for the R107 SL, did you ever become an owner of an example yourself?

No, but I have a friend who has an almost brand new R107 with the M110 engine that I can drive occasionally. It is still a really good car!

Jörg Abthoff came into the world on September 10th 1940 in a hospital in Dresden. Fleeing to West Berlin in 1958, he studied mechanical engineering at the University of Hannover. Not done with his education just yet, he earned a doctorate in 1968 at the Institute for Chemical Technology and Fuel technology, making him an ideal candidate to help Mercedes-Benz develop catalytic converter systems to tackle new emissions regulations for passenger cars.

By 1977, Abthoff was the head of the engine department at Mercedes-Benz, and in 1980 was charged with making contact with UK company Cosworth to develop a four-valve cylinder head for the car maker’s new compact saloon, the W201 190. This car was famously launched at the revised Hockenheim circuit with the help of a field of Formula 1 drivers, including a young Ayrton Senna who went on to win a race in 190E 2.3-16 Cosworths organised by Mercedes.

Abthoff also oversaw development of a new range of four-valve engines, as well as the M120 V12 for the 140-series S-Class, and even a V8 diesel motor codenamed OM628, which debuted in the 220 S-Class in the mid 2000s. He retired from Mercedes-Benz in January 1999.