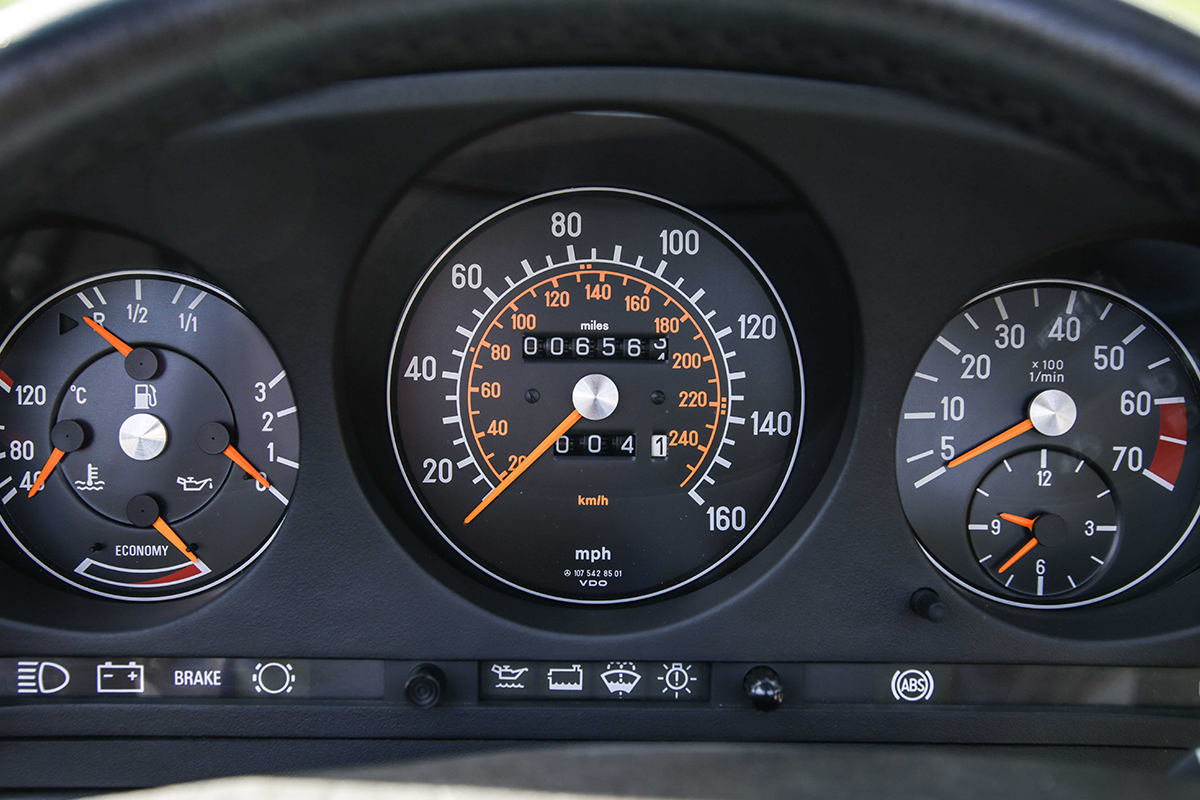 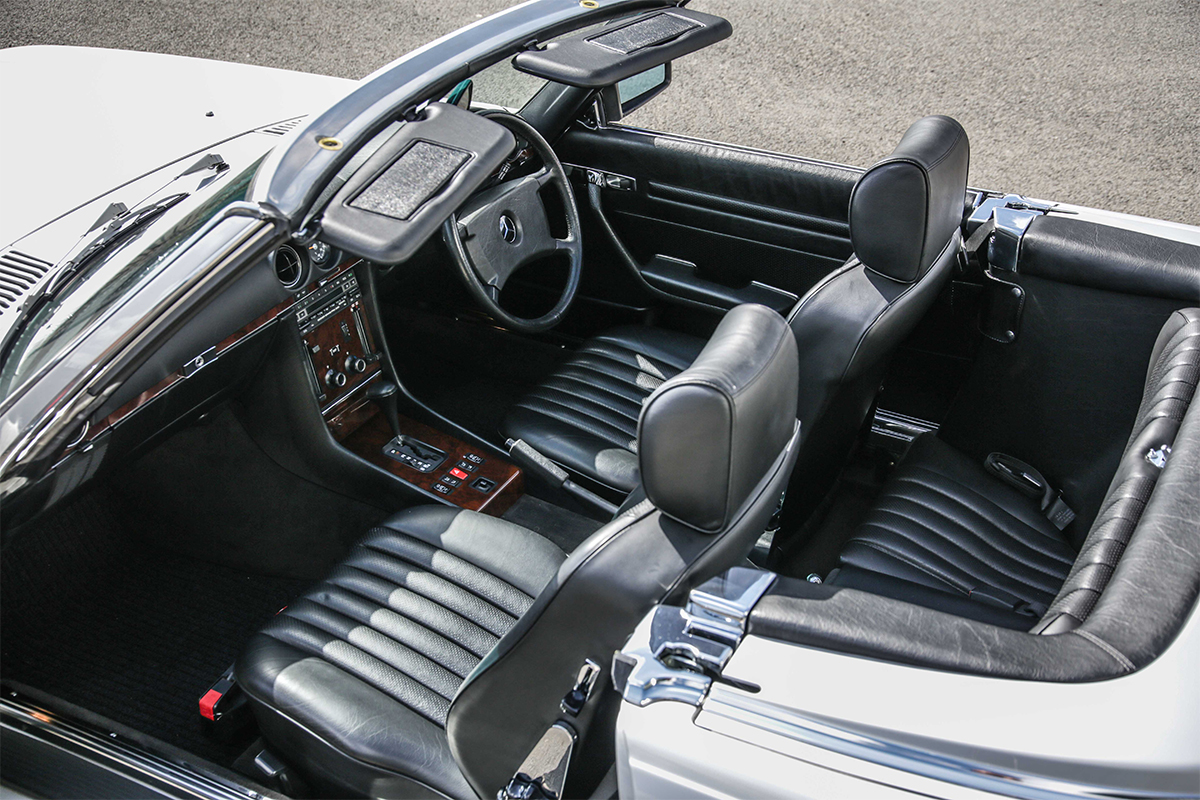 The Mercedes-Benz R107 SL is an automotive icon with international appeal that spans multiple generations and age groups. Incredibly, the R107 remained in consistent production largely unchanged for 18 years. An 18 year production run is rare, though not unheard of in the automotive world – there are models from manufacturers with similar or longer production runs, but many of these enjoyed twilight years of both production and sale under license in developing countries.

For a luxury, high end car to remain competitive, relevant, popular and desirable in it’s core market for 18 years is an achievement that really has no equal.

For 18 years the R107 SL was a symbol of quality and craftsmanship, of technology and engineering. Towards the end of production, the world was changing. In the late 1980s the digital revolution was beginning, and the R107 SL had been a favourite luxury convertible for almost two decades. A replacement for the R107 was designed in 1984, and 5 years later, the R129 was ready for the first buyers.

In 1989 the world was introduced to the R129 Mercedes-Benz SL – an SL for the electronic generation, a digital newcomer in an analogue world. The first R129 customers took delivery of cars in mid 1989 with the very last R107 SL produced on August 4th of that year.

This must have been a very interesting time to work in the Mercedes-Benz sales team. With an all-new replacement looming, would customers be tempted by heavily specced end-of-the-line R107s or would the forthcoming R129 prove more alluring?

It is at this point where we must introduce this particular 500SL.

Built in January 1989, the first owner of this car was eagerly awaiting a phone call to say his iconic R107 was ready for collection. Once the gentleman arrived at the Mercedes-Benz dealership, instead of driving away in this R107 he instead cancelled the order and left in one of the newly launched R129 500SLs.

Being a 1989 car this SL should wear a G registration, however due to the cancelled order a buyer wasn’t found until 1991. For that reason, this car wears a J registration plate, which fittingly reads J500SLW.

It is perhaps fitting that this very late R107 SL is finished in the ultimate Mercedes-Benz combination of silver with black interior – or Astral Silver with Anthracite Leather to be precise. Being a 500SL, metallic paint, cruise control, headlamp wash/wipe and a limited slip differential would all come as standard, however air conditioning, leather, heated front seats, rear passenger seats, an outside air temperature gauge and factory fitted anti-theft device were all expensive options.

This car now shows just 6,500 miles on the odometer, and has been known to SLSHOP for some time. It was sold by us to the current owner in 2016, who has covered just 2,000 miles in that time. Having enjoyed the car, he is now moving back in time and opting for a Pagoda, giving someone else a chance to own this superb 500SL.

The service history file paints a picture of a carefully maintained and highly original car. In 2017 this 500SL attended Mercedes-Benz beaconsfield for a service and MOT. At the time the air conditioning and left passenger seat heater were not operating. A letter on file from the owner requests that these items be addressed, along with the note ‘this car is exceptionally low mileage, please keep road testing to a minimum’. The mileage at the time was stated as 5,436.

Paperwork accompanying this car includes the original leather booklet, along with the original 1989 price list for cars and factory fitted extras, 300SL/420SL/500SL brochure, paintwork guide, upholstery guide and every piece of literature that would have been present with the car when new. This includes the official fuel consumption order, cruise control hanger and the original factory data card. The Becker Grand Prix 2000 instruction booklet is present, along with a (still sealed) Mercedes-Benz chamois. Was this a dealer incentive for the first owner….? 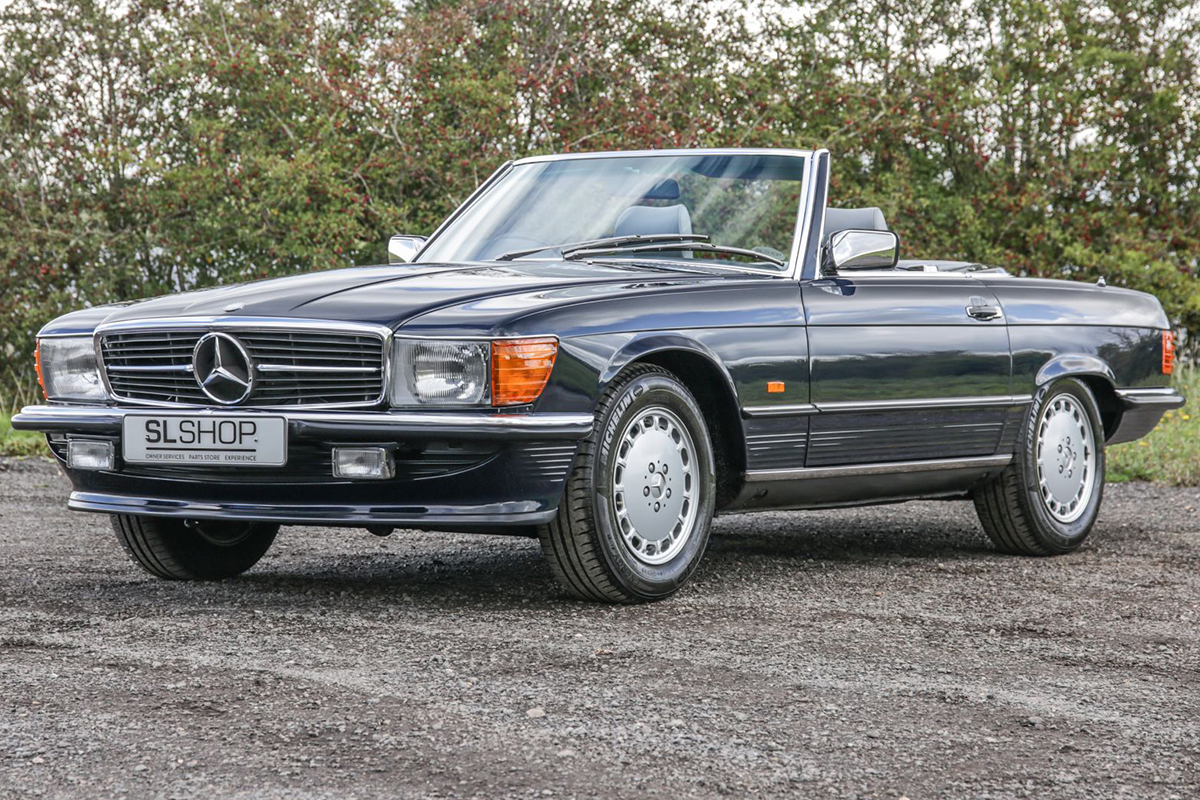 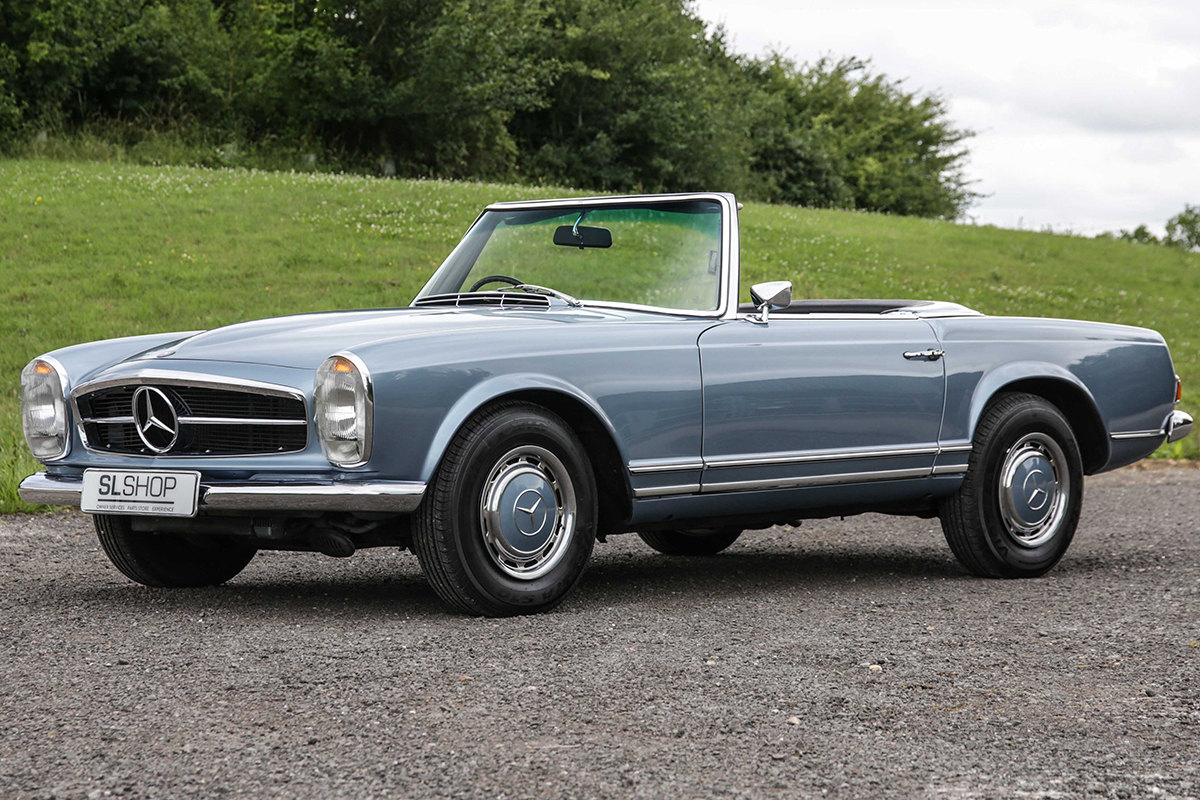