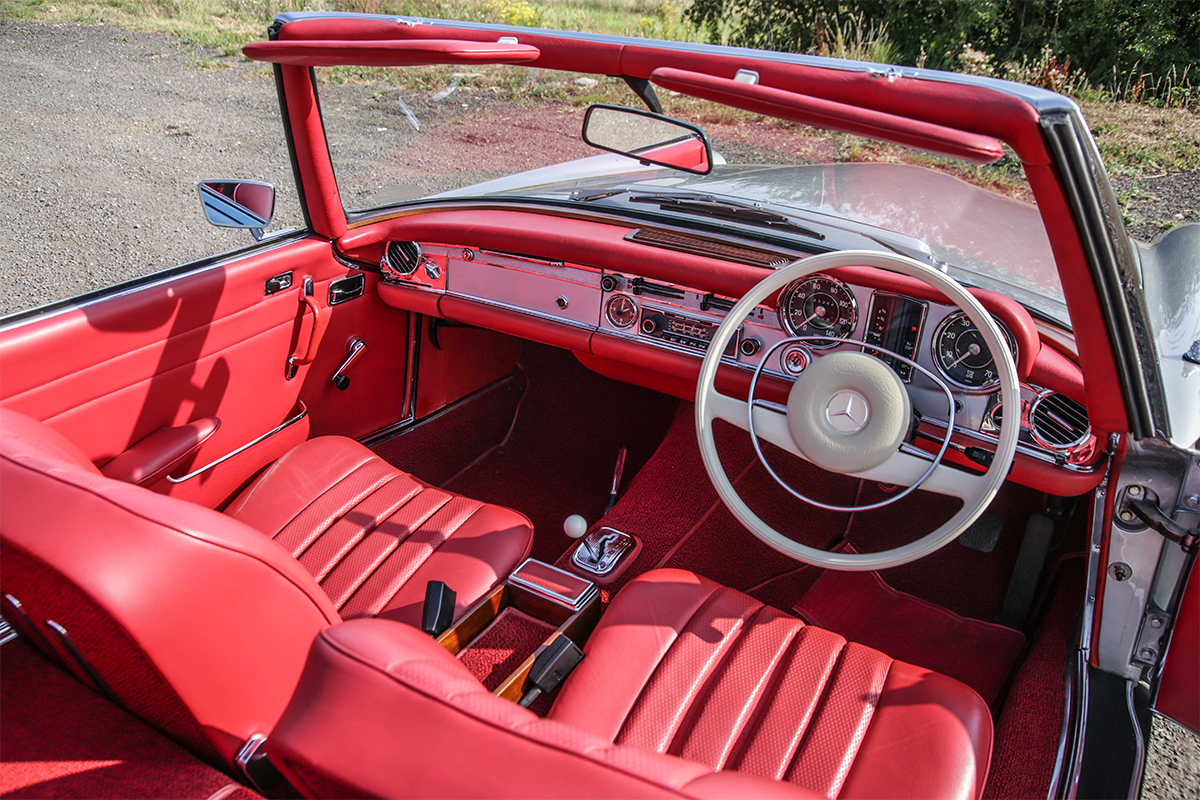 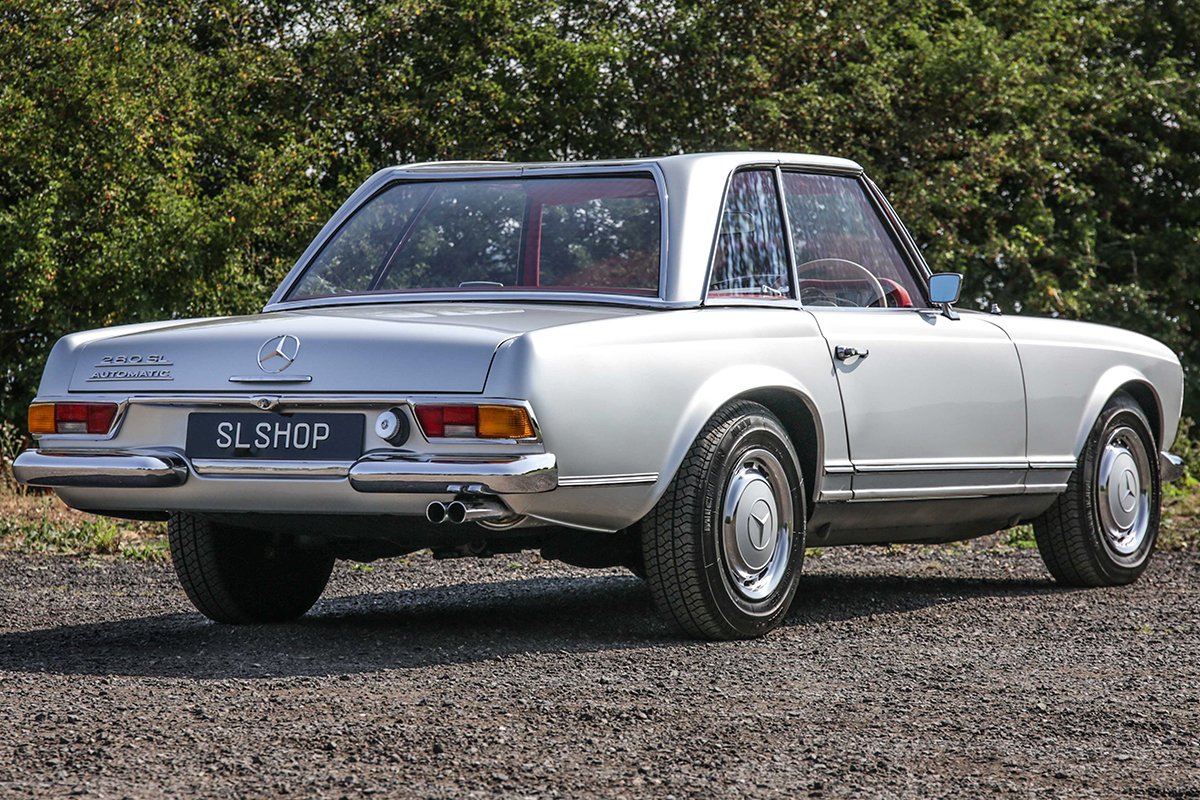 This beautiful Silver with Red Leather 280SL has been completely restored to a very high standard by John Haynes.

The extent of the restoration can only be truly appreciated when browsing the impressive photo history of the work that accompanies the car. Four large binders detail the work undertaken, further bolstering the quality of the work. The word stunning is overused in the automotive sector, so when we call this car ‘stunning’, it must be understood that we mean this in the truest sense of the word. This car is just magnificent. The restoration encompassed a complete, nut and bolt strip down and rebuild, with the end result being a completely new car, built to the exact standards of the original.

Just over 1,100 miles have been covered since this work was completed.

Being an original Right Hand Drive 280SL Automatic, this is an already desirable car, with the silver and red leather combination making it one of the finest looking Pagodas currently available.

A genuinely breathtaking car whether at a glance or up close and in the flesh.

A car that stands up to close scrutiny from even the most fastidious enthusiast.

Not to be missed. A Pagoda of this calibre in the desirable combination of Silver with Red is not going to last long in our showroom.

Present with this car: 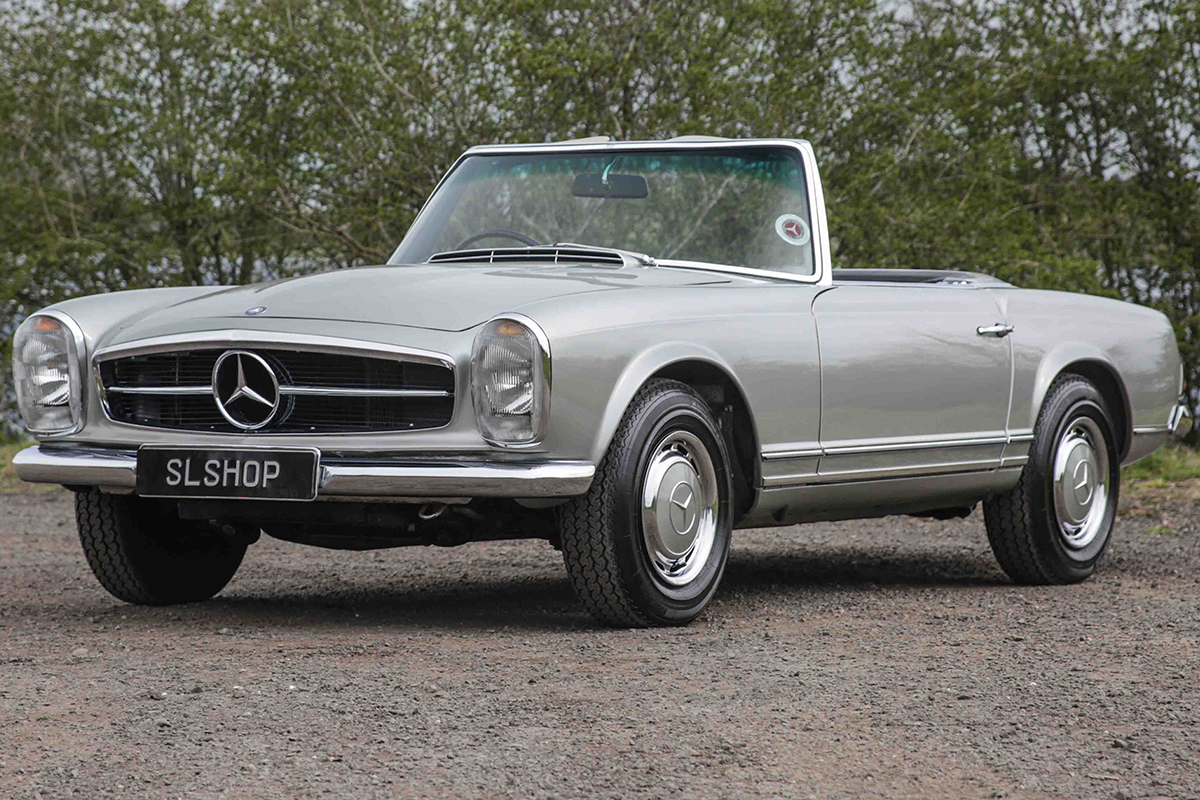 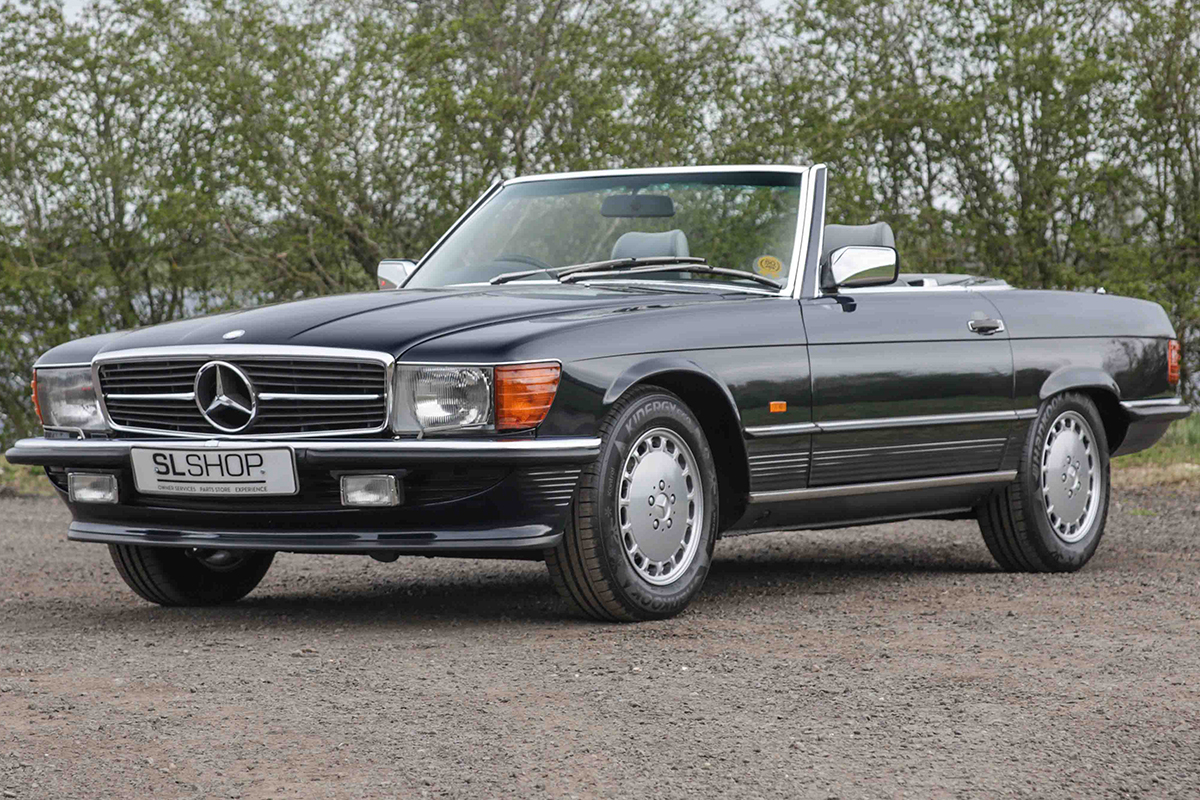